ANOTHER ONE OF NATURE’S FEELING GOOD MORNINGS

Deer Park Lodge was short a staff member this week-end so Kelly stepped in to fill the slot for Saturday & Sunday.  She headed over to Deer Park about 9:20.  Pheebs & I were on the road 10 minutes later.  It was another one of natures feeling good mornings.  A warming breeze rustled late August leaves under a lumbering cloud cover.  Filtered sunlight cast a calm ethereal light over the oh so peaceful rural landscape.  No traffic on the quiet country roads & everywhere Pheebs & stopped we were serenaded by a chorus of late Summer Crickets.  Autumn wildflowers are blooming with purple & gold flowers growing freely alongside gravelled roadsides.  Fields of tasselled corn & ripening beans as far as one's eye can see.  And I'm guessing a bumper crop this year too.  We are indeed fortunate to live where we do surrounded by this tranquil countryside of rural farm lands & pastoral beauty. 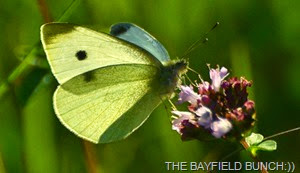 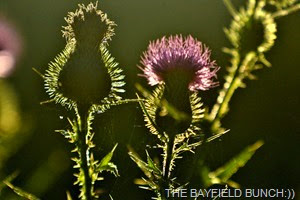 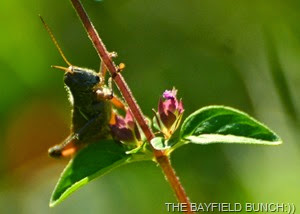 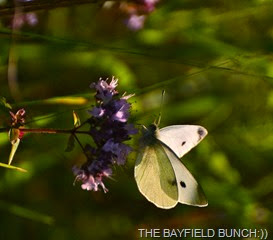 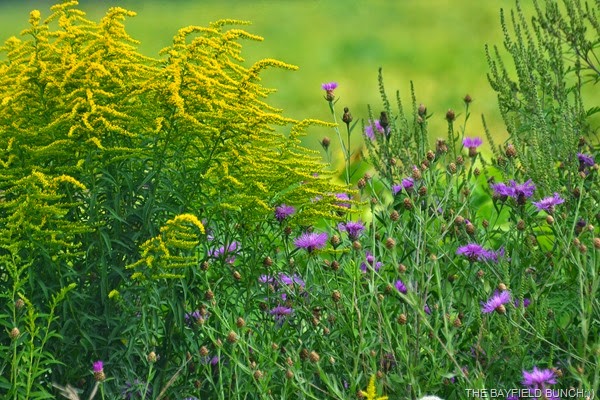 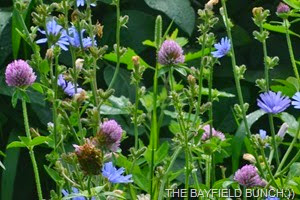 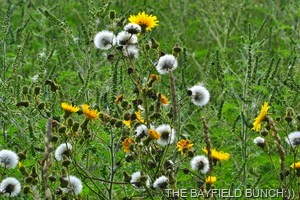 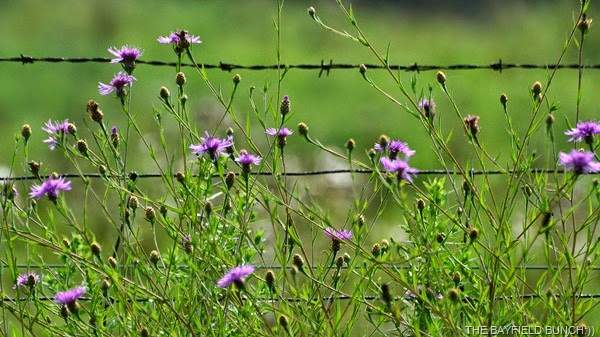 ARCHIVE MEMORY::  From June 2009.  Ever wonder about dreams? I am a lite sleeper so frequently wake up 3 or 4 times during the night. Not very restful but I do dream a lot & I figure the reason I remember them is simply due to the fact that I don't slip into that deep heavy sleep for the entire night. I have also learned that as I am waking up from a dream I can remember it better if I don't open my eyes. I can liken it to opening the back of a camera with a roll of unexposed film in it. As soon as the light hits the film the images are erased. Same thing with the brain so if I'm coming out of a dream I resist the urge to open my eyes & look at the clock. Well, as long as it was a good dream anyway. I try to go back into the dream sometimes but it usually begins to fade quickly & I'm only able to retrieve bits & pieces most of the time. I like the flying dreams best as I float over trees & people on the ground. I have never remembered a landing but my take off is always the same. I take about 4 quick steps forward & very carefully step up into the air & begin to float skyward. Sometimes I fly very fast but most times I just kind of move along slowly hovering over things here & there. And sometimes there are others in the air with me but they don't seem to fly quite as well. Meeting old friends is another part of the dream process I enjoy. People from 50 & 60 years ago drift in & out. No rhyme or reason but all of a sudden there they are & I'm talking to them. Could be someone I only met once or twice decades ago or it could be a current friend. The people who have the most impact & leave the longest lasting memories for me are the ones who have passed away. In any dream sequence a departed friend or relative may appear & it is always such a good feeling inside to once again see & talk to them. And then they drift away & a sadness fills the void. It's those dreams that I try to hang onto as I'm waking up. I try to re-enter the dream & run after my old friend or family member to see them just one more time but they are gone.   I always hope they will re-appear again to once more put a smile on my sleeping face.................. 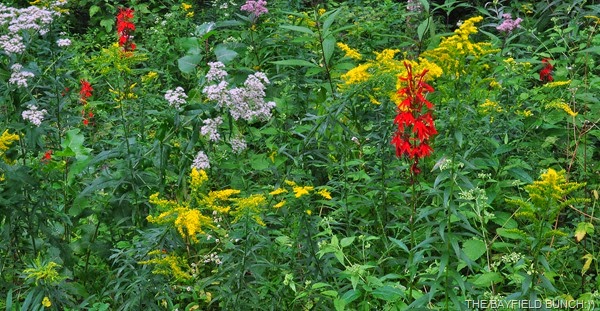 GROANER’S CORNER:(( I'm Older Than Dirt::  Someone asked the other day, 'What was your favorite fast food when you were growing up?' 'We didn't have fast food when I was growing up,' I informed him.  'All the food was slow.'  Seriously, Where did you eat?'  'It was a place called 'at home,' I explained. !  'Mom cooked every day and when Dad got home from work, we sat down together at the dining room table, and if I didn't like what she put on my plate I was allowed to sit there until I did like it.'  By this time, the kid was laughing so hard I was afraid he was going to suffer some serious internal damage, so I didn't tell him the part about how I had to have permission to leave the table. Here are some other things I would have told him about my childhood if I figured his system could have handled it :

Some parents NEVER owned their own house, wore Levis, set foot on a golf course, traveled out of the country or had a credit card.  My parents never drove me to school. I had a bicycle that weighed probably 50 pounds, and only had one speed, (slow).  We didn't have a television in our house until I was 19.  It was, of course, black and white, and the station went off the air at midnight, after playing the national anthem and a poem about God.  It came back on the air at about 6 a.m. And there was usually a locally produced news and farm show on, featuring local people….I never had a telephone in my room. The only phone was on a party line.  Before you could dial, you had to listen and make sure some people you didn't know weren't already using the line.  Pizzas were not delivered to our home... But milk was.  All newspapers were delivered by boys and all boys delivered newspapers –my brother delivered a newspaper, six days a week.  He had to get up at 6AM every morning.  Movie stars kissed with their mouths shut. At least, they did in the movies.  There were no movie ratings because all movies were responsibly produced for everyone to enjoy viewing, without profanity or violence or most anything offensive.  If you grew up in a generation before there was fast food, you may want to share some of these memories with your children or grandchildren. Just don't blame me if they bust a gut laughing………..Growing up isn't what it used to be, is it:((