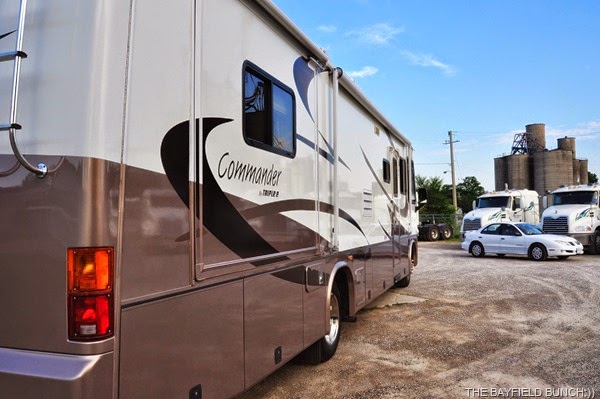 NICE TO FINALLY SEE REFLECTIONS IN THE COACH’S FINISH 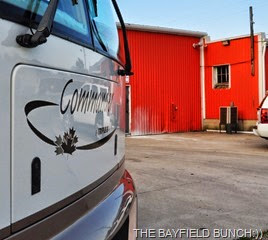 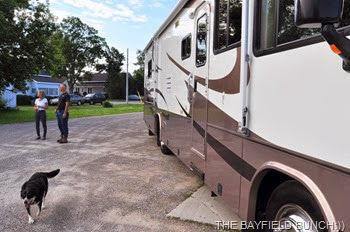 JERRY DID THE WHOLE COACH & NOT JUST THE WHITE OXIDIZED PART

A mighty fine morning for a drive & it was our first time going somewhere in the Sunfire other than the initial test drive.  Nice handling car, nimble & good visibility all round.  Nice to be back to an automatic transmission again.  Way more pep than the Santa Fe but the Santa Fe has better quality seats.  Gas mileage will be better with the Sunfire but I think the Santa Fe has a smoother ride because of it's bigger tires.  Sunfire sits lower to the ground & is more aerodynamically designed than the Santa Fe.  No rust on the Sunfire & 42,000 miles compared to the Santa Fe's nearly 100,000 miles  It's kind of tit for tat back & forth but when both these cars were new I do think the Hyundai Santa Fe was the better quality build.  As Don at the BAYFIELD GARAGE said, 'it's a great little economical running around car' & that is exactly what we intended it for.  Plus the A/C works great.  We may one day be in the market for a newer higher end vehicle but until that day arrives we are quite happy with the deal we got on this exceptional 04 Pontiac Sunfire.  And it's a Sunfire not a Sunbird, Firebird, or Thunderbird although I did have a really sharp white 84 T-bar roof Firebird back in 88. 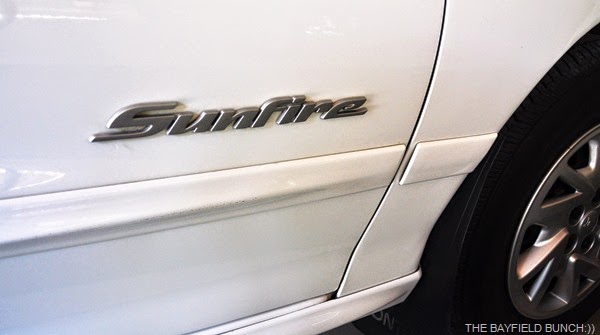 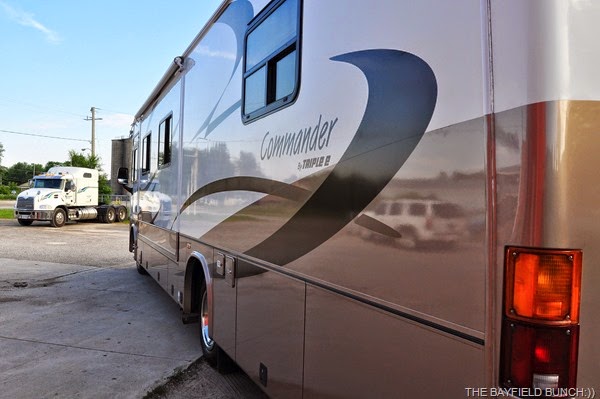 LIKE THAT SHINE:))
We were in Hensall bright & early this morning to pick up the Big EEE.  Soon as we pulled into the yard at 'Detailers' we could see the rig sitting outside looking like a big bright shiny new Pearl. I was so happy to see the 11 year old finish restored to the condition it should be.   Jerry did a great job.  Said he had to go over the white oxidized fiberglass 3 times with polishing compounds before he could apply any wax to it.  Also told us the type of MEGUIAR'S MARINE WAX to use on the fiberglass finish to maintain the glossy shine.  We were lucky to get the rig in when we did.  His shop & crew work 7 days a week & in his yard this morning sat over half a dozen large 18 wheeler truck cabs from the large Hensall Co-Op next door awaiting clean-up.  It just made me tired looking at all the work ahead of those guys.  In hindsight I am sooooooo glad I did not attempt to do this big job on my own.  I simply did not have the experience, tools, or patience for the job.  Some things are just best left to the professionals & this major overhaul on the Big EEE’s finish was a good example for that way of thinking. 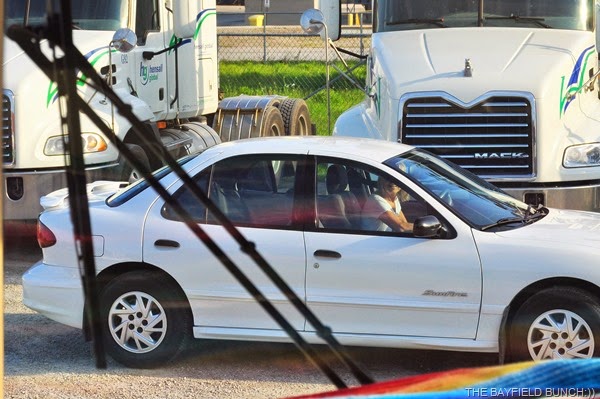 PULLING OUT OF JERRY’S YARD & CONVOYING HOME…A COUPLE OF THE WHITE TRUCK CABS IN THE BACKGROUND AWAITING CLEAN-UP
The nice relaxing drive back home to Bayfield was the highlight of my day.  Pheebs & I motored along with big smiles on our faces while Kelly followed along in the Sunfire.  It's a real pleasure to drive this Triple E Commander Motorhome & combined with mighty fine weather & no traffic on the roads I just wanted to keep on going & going & going:)) 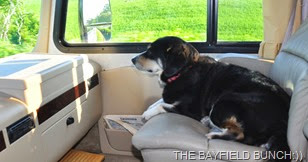 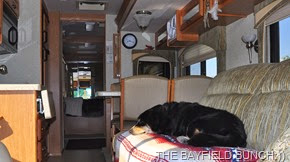 Our heat & humidity has returned so by noon my outside activities were done for the today.  Retreated into the coolness of the house & stayed there until early evening when it was cool enough to take Pheebs for a walk. 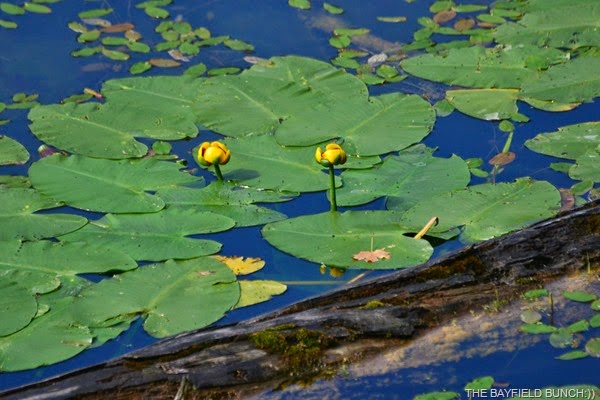 GROANER'S CORNER:(( The businessman dragged himself home and barely made it to his chair before he dropped, exhausted.  His sympathetic wife was right there with a tall cool drink and a comforting word.  "My, you look tired," she said. "You must have had a hard day today. What happened to make you so exhausted?"  "It was terrible," her husband said, "The computer broke down and all of us had to do our own thinking."