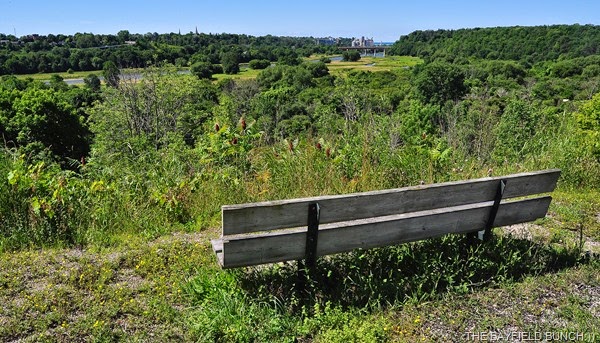 After spending all of Wednesday in the house due to rainy weather I was needing to get out, soak up some sunshine, grab myself some fresh air & see myself some scenery other than the television.  Kelly had slipped into Bayfield for Yoga.  Had a prescription to re-new so me & the little Monkey Buns headed ourselves on up to Goderich.  Stopped at a Shell station for gas & noticed the rear passenger side tire on the Jeep was half flat.  Piece of luck I spotted that at all.  Aired up the tire & knew Pheebs & I would not be heading off on one of our longer tours.  Took us for a drive down around the North Harbor stopping to check on the tire.  It was a slow leak so knew we would able to make it home alright.  A big ocean freighter & a lake freighter in the harbor this morning 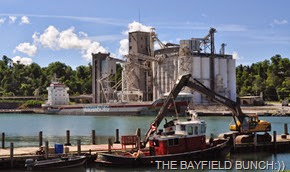 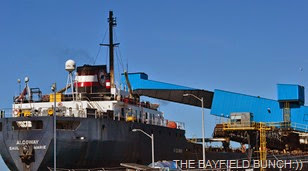 LAKE FREIGHTER AT RIGHT TAKING ON A LOAD OF ROCK SALT AT GODERICH’S LARGE SIFTO SALT MINE
North of Goderich we stopped at a place where I knew we could access the Maitland Trail.  Decided to take a short & scenic walk to an area where the tomb of WILLIAM 'TIGER' DUNLOP & his brother Robert are interred.  Tiger Dunlop was the fellow who founded Goderich back in 1827.  ‘Doctor Dunlop’ also played a part in the war of 1812.  Kelly & I had visited this site one other time many years ago.  Nobody around so Pheebs & I were able to enjoy the peacefulness of the setting where once a large & majestic house belonging to the two Brothers had once stood.  No trace of the house left, only the tomb. 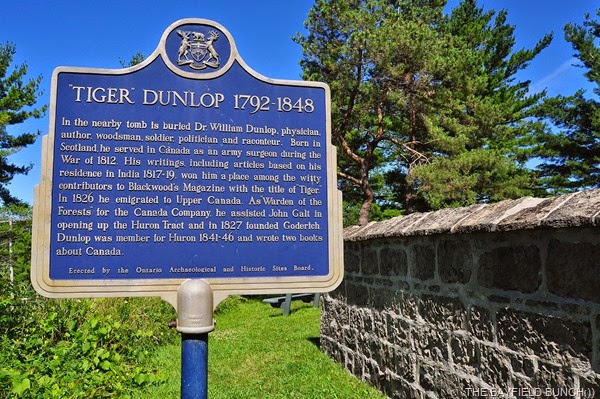 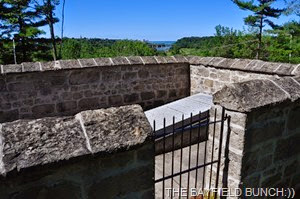 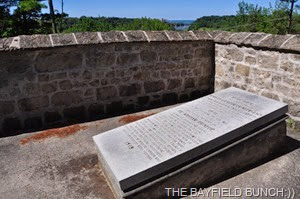 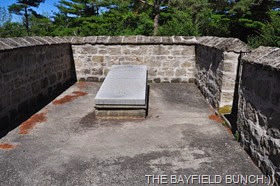 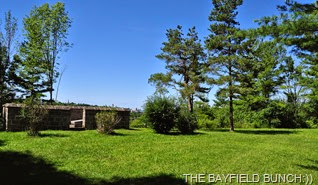 Tire was holding up pretty good so decided to head on home.  Dropped Pheebs off, aired up the tire again & headed for HURON TIRECRAFT in Clinton Ontario.  I was back home less than an hour later.  Turns out the slow leak was caused by a screw nail in the tire & they were able to fix it. 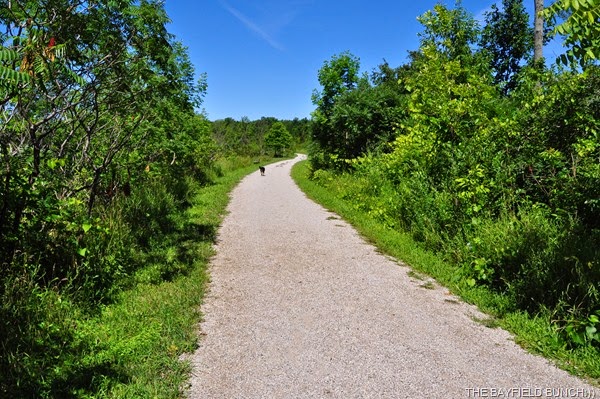 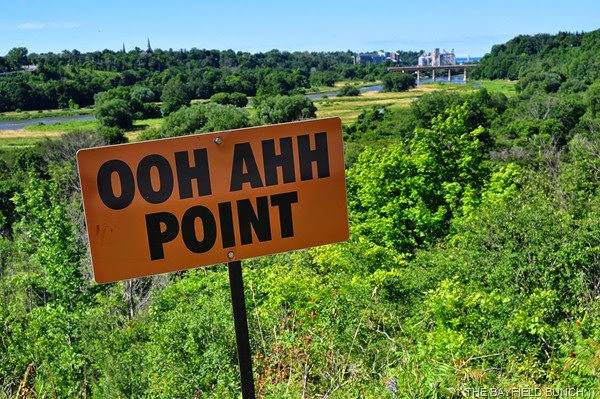 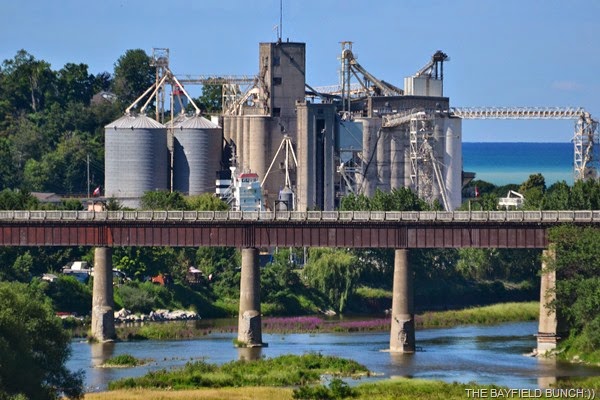 THE TRAIL CROSSES THIS OLD RAILWAY BRIDGE OVER THE MAITLAND RIVER…GRAIN SILOS & LAKE HURON IN THE BACKGROUND
I thought Randy over at THE ROADRUNNER CHRONICLES  had a well written post today as he looks back on their 5 year anniversary of full timing.  Although we are not full timers I did understand & agree with what Randy had to say.  This is part 1 of his take & I will be interested in reading his 2nd upcoming take on the lifestyle as well. 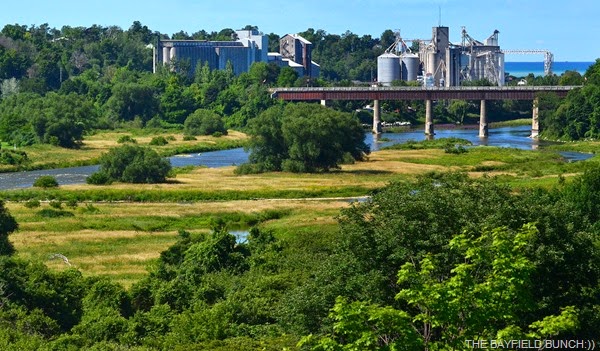 GROANER'S CORNER:(( Finally, the good-natured boss was compelled to call Smith into his office.  "It has not escaped my attention," he pointed out, "that every time there's a home game at the stadium, you have to take your Aunt to the doctor."  "You know you're right, sir," exclaimed Smith. "I didn't realize it. You don't suppose she's faking, do you?"

I'm not keen on taking pills, so when my doctor gave me a prescription to lower my blood pressure, I asked him if there were any side effects.  "Yes," he said. "Longevity."