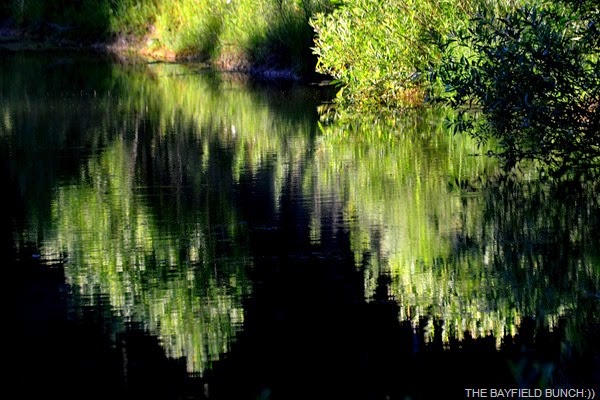 TONIGHT’S REFLECTION IN THE PARK’S POND
Big weather surprise after I published Wednesday night's post & headed out the door with Pheebs for a walk.  A/C was going in the house & yet it was cooler outside than inside.  Unbeknownst to us the temperatures had made a wondrous nose dive & instead of stepping out into 80 plus humidity Pheebs & I happily walked along in some very welcome much cooler 63f temps.  Yaaay, now maybe I can get a few things done outside without turning into a big 210 pound ball of sticky paste!!  Woke up to 58 degrees this morning & the thermometer stayed there all day.  Nice but I did have to put on a T-Shirt under my long sleeve flannel shirt.  Nice:)) 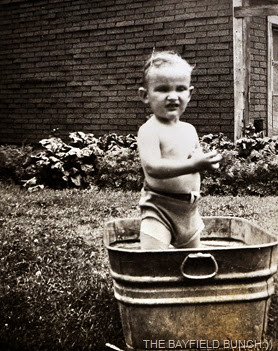 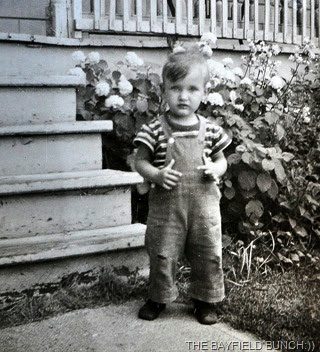 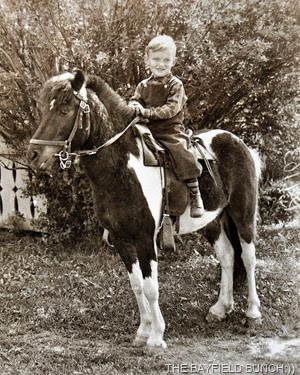 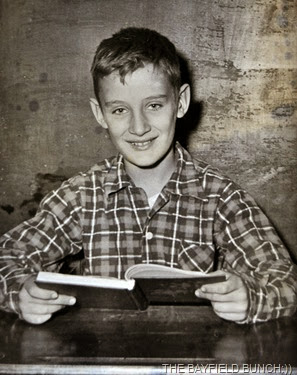 YEP, THESE ARE ME ALRIGHT…YOU CAN TELL I’M A BIT HARD UP FOR PHOTOS TONIGHT
A question from Flowergirl asks, 'Do you copy and paste all the groaners or type them out? Just curious'.............I copy & paste the jokes from joke sites I find on the internet.  I probably chose 1 from every 7 or 8 jokes I read.  Some nights if I'm in a frumpy mood I can read 20 jokes & not find any of them funny.  It's not that at least 3 of those jokes aren't funny to me it's just that I'm not in a funny mood with myself.  Ladybug from LAZY DAYS AND LADYBUGS asked about the 04 Pontiac Sunfire we looked at last week.  Fred, the owner of the car said he would call us this week after he had the A/C looked at.  No call yet.  AsTimeGoesBye asked about the fifth picture in last night's post.  Yes it was a slug.  Found him in rotting pine stump. 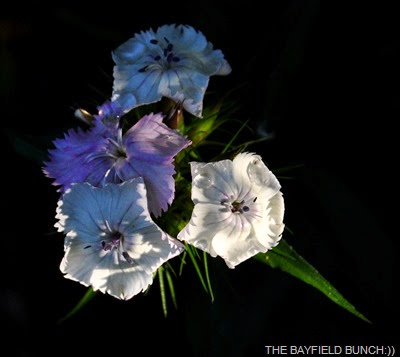 Spent my morning cleaning both the Santa Fe & the Jeep despite the rain.  How nice to have a carport with a cement floor.  Had some 40's tunes on my cassette stereo while working away with the pitter-patter of a gentle rain on the carports' steel roof.  Kinda cozy.  Kinda groovy even:))  Kelly attended a free 8:30 a.m. outdoor Yoga class at Bayfield's Pioneer Park overlooking Lake Huron.  They were able to complete the class before the rains came.  Our skies cleared by early evening.  I tried Yoga once….maybe I will include that little episode in my Archive Memories if I can find it.  I know it was in Elfrida Arizona a few years back. 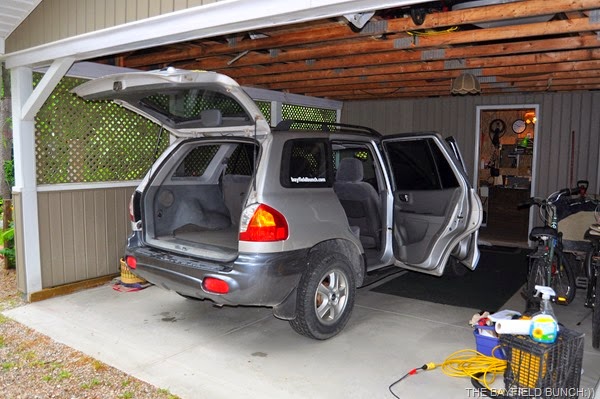 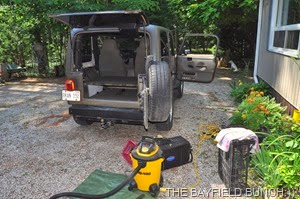 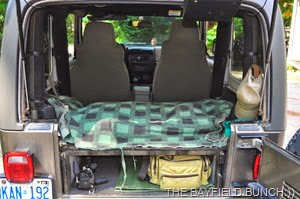 THAT’S PHEEBS COMFY BED IN THE BACK OF THE JEEP
RETIRED ROD had a comment question on my Tuesday night post in which he says. ' As you know, I have been around for a long time.... And as such remember all of the older posts... But can you go back to blogs you posted before you were on google... They would be fun reading, since most of us never knew you then'......Well it's kind of a yes & no answer for me on this one.  Before blogging entered my world I was on an internet forum for awhile called 50+.  Aside from interacting with others on the forum I did write a few short pieces which I later re-wrote & posted to my blog when I first became a Blogger.  I have included one of those pieces from that era at the bottom of this post.  It's about me & the Queen of England.  Don't tell her I put it in that order though.  When 50+ began to self destruct from members flaming at each other I bailed out of there.  Next came Microsoft's 'My Space' & that was my first introduction to a blogging format.  Think it might have been around 2005/06.  I blogged about our 06/07 trip to the South-West in My Space but nearly lost all those post's when Microsoft's My Space eventually went belly up.  I was able to save all the posts in email form but I never did publish any of them using the Blogger format which I finally switched to in late 07.  I know I had written a few other things in that period of time but have not been able to find them so consider them lost.  However I might just have me a look through our 06//07 travel blogs to see if I can find anything interestingly relevant.  Thanks to Rod for shaking up the big twist of matted cobwebs in my head:)) 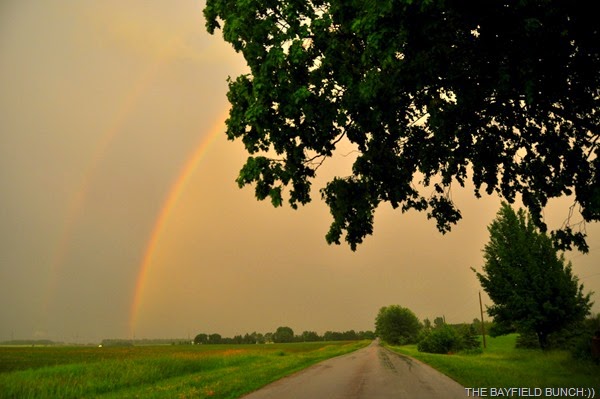 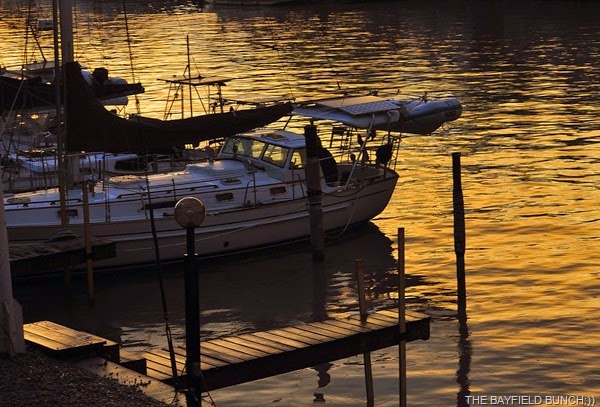 GROANER'S CORNER:(( Senators William B. Spong of Virginia and Hiram Fong of Hawaii sponsored a bill recommending the mass ringing of church bells to welcome the arrival in Hong Kong of the U.S. Table Tennis Team after its tour of China.  The bill failed to pass, cheating the Senate out of passing the Spong-Fong Hong Kong Ping Pong Ding Dong Bell Bill.
Posted by Al Bossence at 7/03/2014