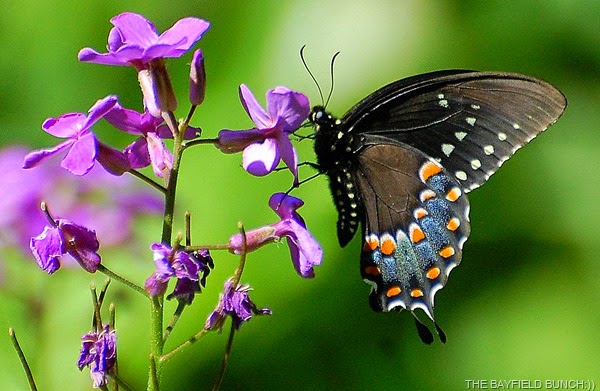 Mosquitos were upon us on our morning walk, humidity built up & we had light rains coming down before 10.  Great for our little patch of backyard grass seed.  Rains only lasted about 15 minutes & sunshine returned for the remainder of the day. But ooooh, the humidity was totally dreadful. 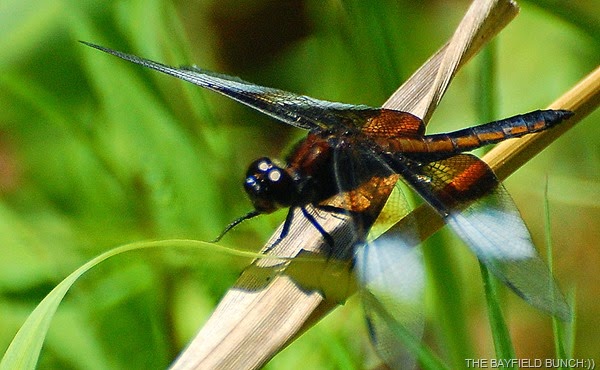 I am still very much enjoying the Sunday evening COSMOS: A SPACETIME ODYSSEY series.  Very educational, entertaining & well done.  Quality television in my opinion.  Also liked CNN's first episode of THE SIXTIES which aired this past Thursday night.  Also looks well done & I'm looking forward to catching the whole series.  Love re-living all those great old memories. They are mostly all good memories now but at the time I never would have guessed  I would one day consider many of them someday as great old memories. It was just the way it was. 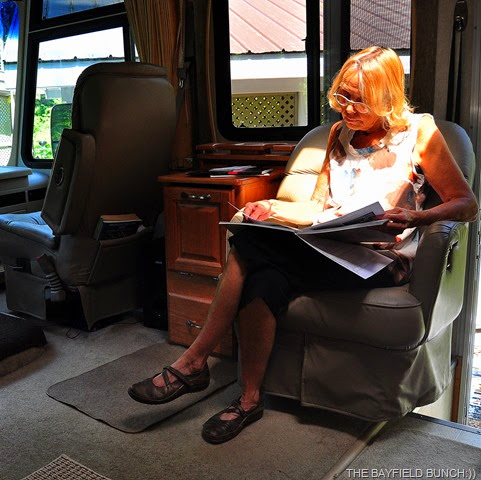 Using her Blackberry Kelly hooked us up for a month with 2 Gigs of internet service through Bell Mobility.  That means we will have a an internet connection while traveling.  Times sure have changed since we first started our RV journeys back in the Fall of 06.  At that time we usually had to search out a town's library hoping they had internet connections.  From there we moved to a cumbersome satellite system & lugged us around a big satellite dish & tri-pod.  That system didn't even last a year & it was problematic.  Oh how happy we were to switch over to Verizon’s air card technology way of doing things.  I remember in the early days thinking how nice it would be to have an internet connection while driving down the road although I couldn't see how that was possible.  But that's exactly what happened & we've had mobile internet for about the past 4 or 5 years now.  Technology is great when it works & especially great for people who have eagle eye vision to see those tiny little miniscule numbers & letters on screens about the size of a large postage stamp.  For me, I like stuff billboard size. 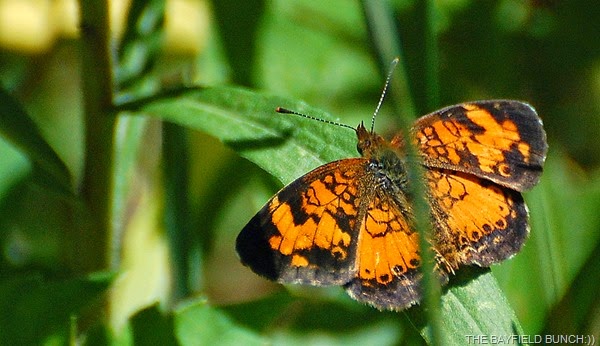 Today's heavy humidity finally drove us both indoors by noon to seek refuge in our refreshingly cool air conditioning.  Kelly busied herself fixin food for our upcoming venture up to the Bruce Peninsula.  I parked myself in front of our tower fan & watched a great biography on Johnny Carson.  I found it very moving & so much identified with the private side of that man's life. 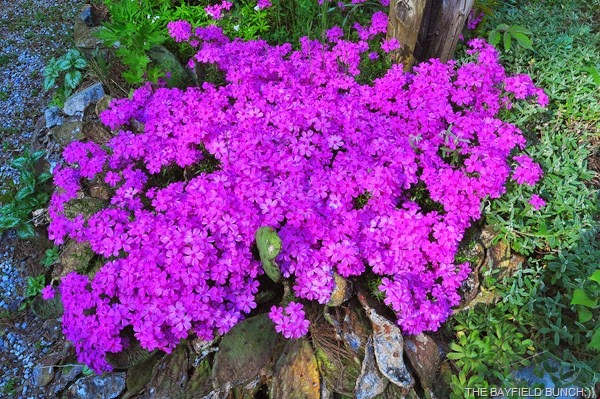 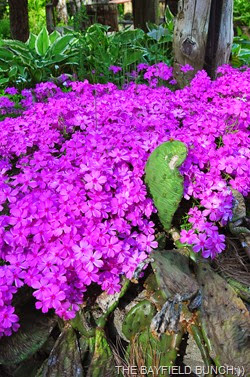 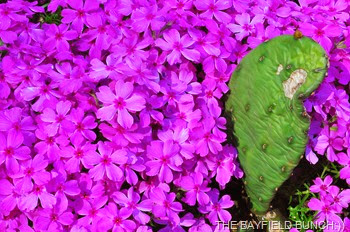 We have been keeping a close eye on the weather forecast for this coming week so it looks like we may very well roll out in the morning.  If it turns out to be raining we will probably just hold off until we have dry roads & clear weather.  Not sure how my blog posting will go using the 2 Gig Blackberry idea but I guess we will find out.  I may be forced to cut way back on my photos.  We'll see.  If you don't hear from us for a couple days, not to worry because it probably just means we are having some internet issues way up there on the Bruce.  Some may have noticed the mention of Rattlesnakes in our Shout Box.  That’s my first cousin Norma & husband Jim way over there in that Waterloo town.  Hi Guys:))  Yes, Ontario does have Rattlesnakes in a few areas with the Bruce Peninsula being one of them.  The type of snakes we have here are called  EASTERN MASSASAUGA RATTLESNAKES & they are the only poisonous snakes we have in the Province.  This link is from a newspaper article with the heading, ‘‘Unusual’ number of snake bites in Ontario this summer, official says’.  Oh Dear:(( 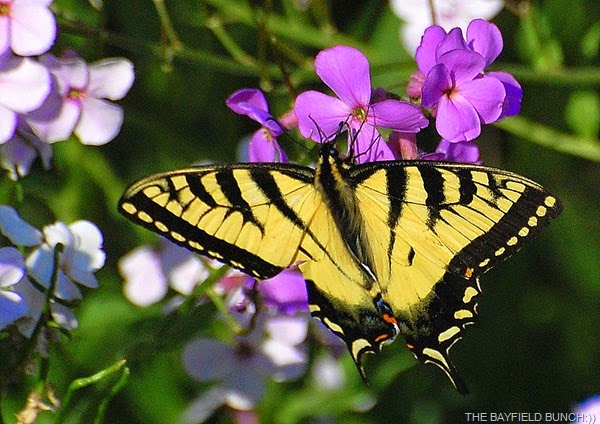 GROANER'S CORNER:((  While vacationing in Alaska, I couldn't help but notice all the warnings about bears posted in campgrounds, visitors' centers and rest areas advising people not to feed the bears, how to avoid bears, what to do if a bear sees you, what to do if a bear attacks, and so on.  My favorite, however, was a hand-lettered sign on the door of a small gas station in a remote area. It said: "Warning! If you are being chased by a bear, don't come in here!"

Last summer my wife and I met a couple who were friends of my wife at a restaurant. After lunch, the women decided to go shopping, and I invited the man to go sailing. While we were out on the water, a storm blew up. The tide had gone out, and we were down wind trying to work our way back through a narrow channel. At one point the boat grounded and we had to climb overboard and shove with all our might to get it back in deep water. As my new friend stood there, ankle deep in muck, the wind blowing his hair wildly, rain streaming down his face, he grinned at me, and with unmistakable sincerity said, "Sure beats shopping." -  'RIGHT ON':))