A FATHER DAY’S VISIT TO THE CEMETERY & HELPING MY B-I-L WITH PICASA 3.9 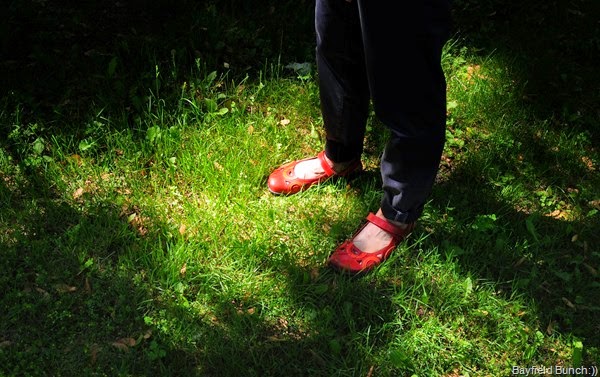 Couldn’t seem to get myself interested in a walk this morning so Pheebs & Kelly went without me.  With a rare hankering for pancakes I headed the other way to McDonalds.  I’m sure Kelly’s morning decision was much healthier than mine. 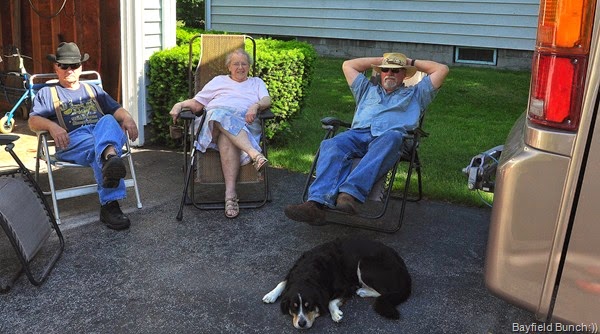 BEEN DOING A LOT OF THIS THE PAST FEW DAYS

Kelly’s Mom & sister Becky whupped up a big lunch for everybody with mashed potatoes & a rack of ribs.  Holy Smokes we are sure eating a lot here. 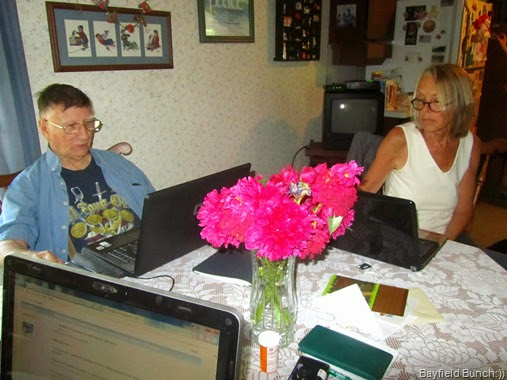 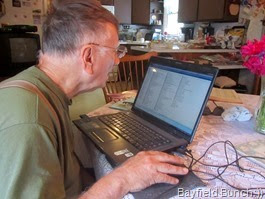 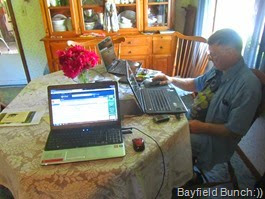 Spent some time on the computers both this morning & afternoon.  Kelly brought her Mother’s laptop up to date with a series of updates, trouble shooting & general housecleaning as well as Norm’s computer later.  I downloaded PICASA 3.9 on Brother-In-Law Norm’s laptop & helped him familiarize himself with it.  I think he is really going to enjoy working away at all his old & new pictures with this free photo editing program.  It’s the same program many of we Bloggers use out here. 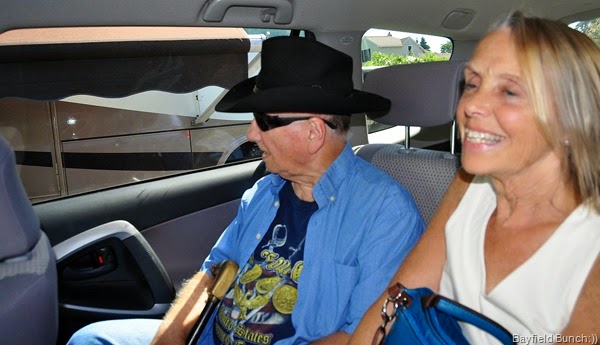 BACK SEAT CRUISING IN THE TOYOTA RAV 4 THIS AFTERNOON

Being it was Father’s Day we all loaded ourselves in Kelly’s Mom’s Rav 4 & headed ourselves a short distance to the nearby cemetery.  Kelly’s sister Becky driving with her Mom in the front seat.  Kelly, Norm & I in the back seat.  Pheebs stayed in the rig.  We visited Kelly’s Dad’s final resting place.  A very peaceful setting with large mature trees.  It’s an old cemetery with Civil War dead laid to rest there as well. 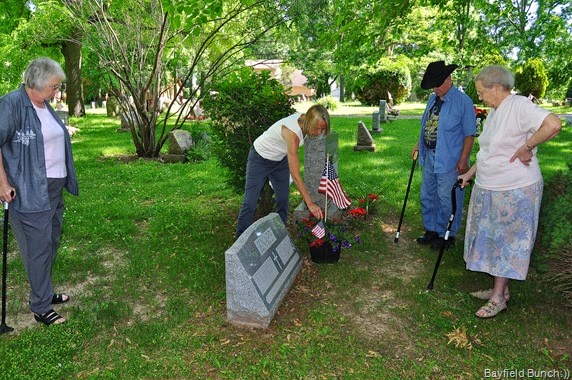 A NEW POT OF FRESH FLOWERS REPLACES THE OLD 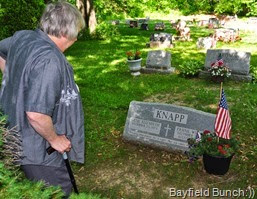 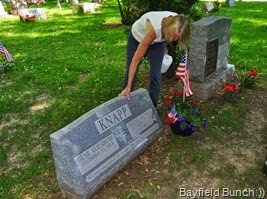 Probably the best frozen yogurt on the Planet can be found at a place called ABBOTT'S & they just happen to have a location right here in Spencerport NY.  It was Abbotts we headed for after the cemetery.    We all loaded ourselves up on super yummy yogurt cones with thick creamy milkshakes to boot.  Sure is good we have ourselves a bigger rig with more space.  We’re sure going to need it.  Well at least I am.  I’m afraid my weight is at an all time high & I hear we are headed for a big pancake breakfast in the morning with real maple syrup.  Oh Dear Oh Dear……………….. 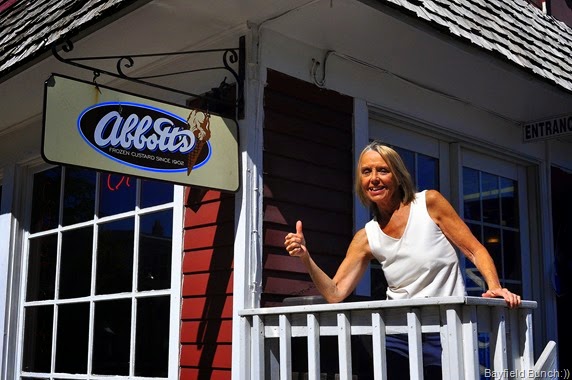 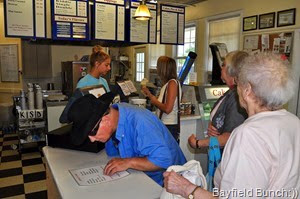 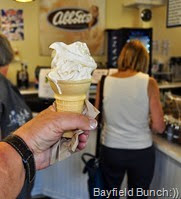 NORM, WHO HAS SOME VISION PROBLEMS CAREFULLY CHECKS OUT THE YUMMY YOGURT MENU & THERE’S MY BUTTER PECAN CONE WHICH I HAVE ALREADY EATEN A THIRD OF 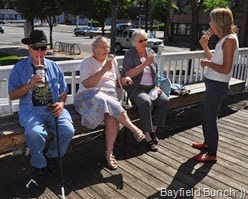 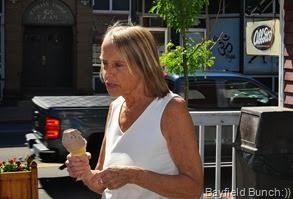 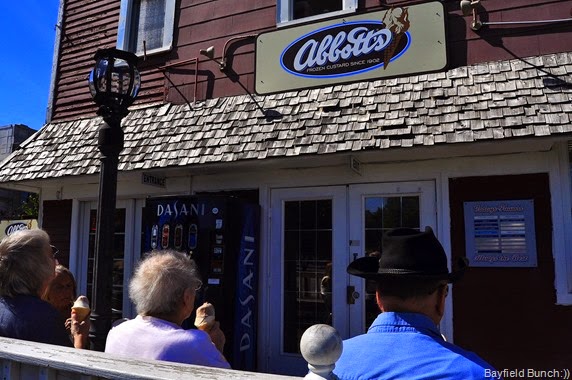 GROANER’S CORNER:((   A gentleman entered a busy florist shop that displayed a large sign that read, "Say It With Flowers."  "Wrap up one rose," he told the florist.  "Only one?" the florist asked.  "Just one," the customer replied. "I'm a man of few words."