RAINED ALL DAY & THEN SOME 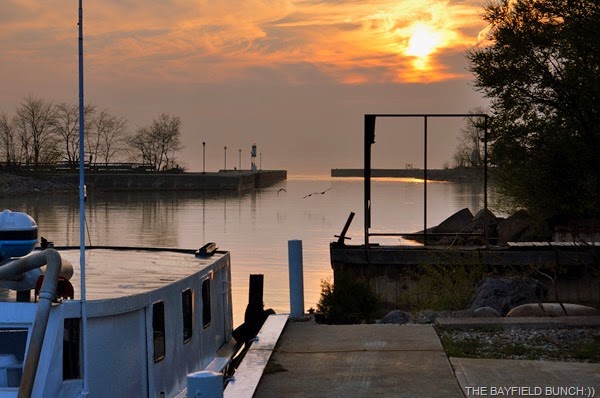 Sure had us a big dump of rain today & that kinda put the lid on any outside activities.  Did manage to level up some gravel around the leading edge of the cement pad but got myself mighty wet doing it.  Needing something to do so I moved most of our RV stuff out of the carport storage area into the carport itself.  Wasn't really necessary to do that but like I said, just needed something to do.  Because of all the rain & mud we stayed out of the Motorhome today but by golly with sunny days ahead we’ll be right back in there again Friday making things homey:)) 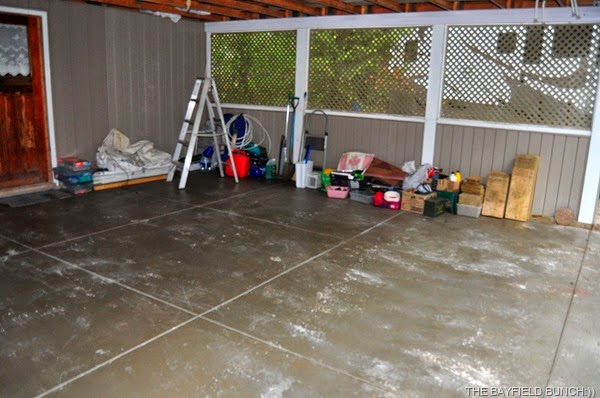 Watched myself another great music documentary on Roku/Netflix this afternoon.  Bob Dylan & The Band's 'Down In The Flood.'  Story about Bob Dylan & the Band telling about their the legendary time together & recordings made near Woodstock NY.  (The basement tapes/music from big Pink)  Three members of The Band are already gone.  Richard Manuel, Rick Danko, & Levon Helm.  Richard Manuel is buried in Stratford Ontario, his home town. 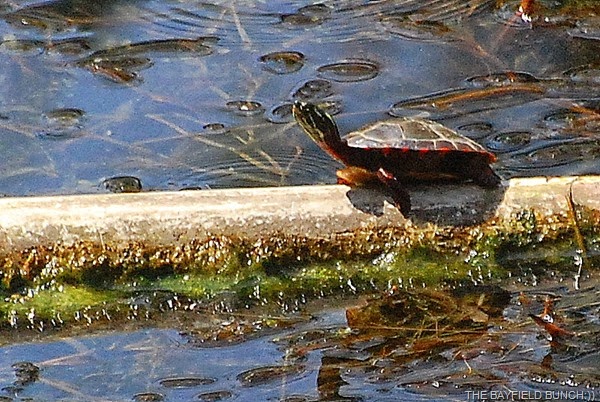 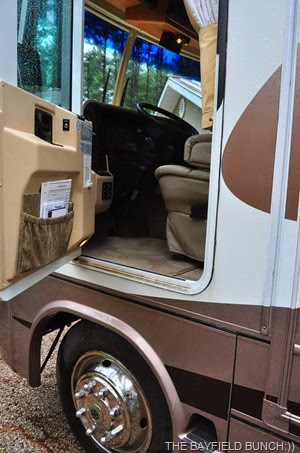 Over the years I've read about different cleaning products fellow RV'ers like to use on the interior/exterior of their rigs.  Can't remember any of them of course & I have tried a few things but nothing I can remember ever really knocked my socks off for brightening up the outside of an older faded RV.  Our finish is in very good shape but could use just a little sparkle I’m thinking.  Am wondering what folks would suggest for bringing a little of that magic sparkle back.  I've used ‘Armor-All’ for years on dash interiors etc but after a few recent comments about the harmful qualities of the stuff I've decided not to use it anymore.  I'll take Chris & Carons (TRAVELS WITH CC & DIXIE) suggestion & see if I can find me some 303 or Protect-All.  I do have half half a gallon of ‘The Solution’ here but it just doesn’t seem to cut the mustard.  Picked it up 3 years ago in Quartzsite & maybe it’s just too old or something. 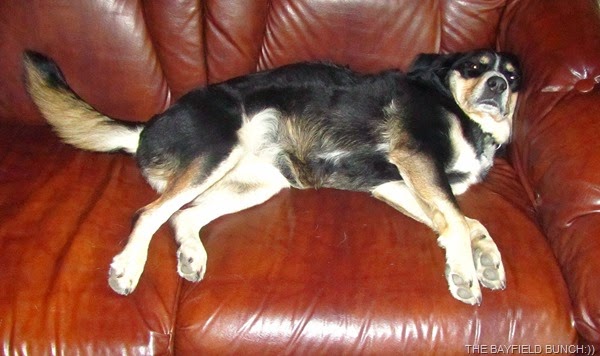 OH PLEASE MOM & DAD DON’T SELL THIS OLD NAUGAHYDE COUCH OUT FROM UNDER ME
After moving our living room loveseat into the Winnebago last summer we bought an old used Naugahyde couch to replace it.  With the Winnie for sale now having a different couch in it we brought our loveseat home again & put it back in the living room.  Naugahyde couch went to the sunroom but was too crowded.  Sold it last Sunday. 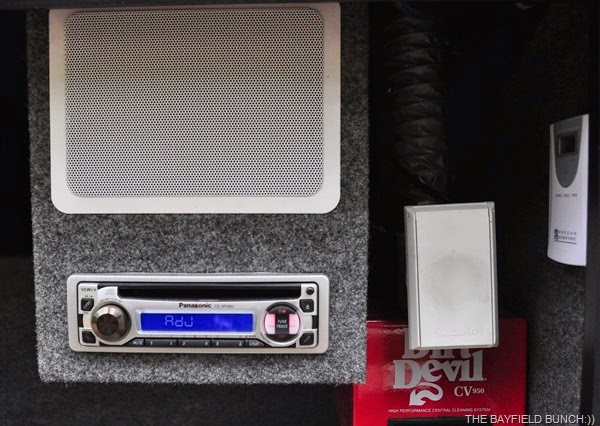 OUTSIDE STEREO SYSTEM & THAT ‘RED DEVIL’ IS THE CANISTER FOR THE CENTRAL VAC
I have been to the Grand Canyon 3 times & 2 of those times were to the Canyons North Rim.  Once on opening day in 1992.  Luckily both times at the North Rim there were very few people there & that automatically endeared me to that side of the canyon right off the bat.  Today was opening day once again as the rim opens for another season.  Fellow RV Blogger & friend GAELYN is a park ranger on the north side & has written a fine opening day post.  If you can't physically make it to the Canyon keep an eye on Gaelyn's blog as she writes her posts from the Canyon's North Rim over the upcoming season. 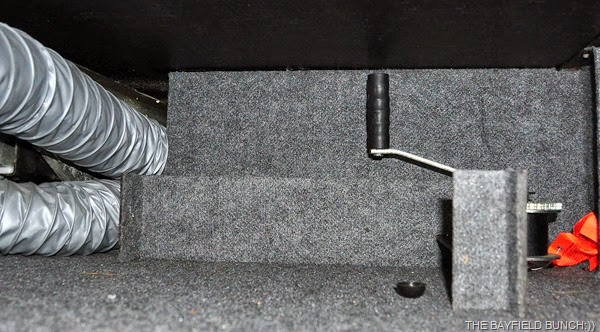 IF THE LARGE LIVING ROOM SLIDE WERE TO GET STUCK IN THE OUT POSITION THIS HAND CRANK WINCH MECHANISM LOCATED IN A BIN WILL BRING IT IN
Yes, that is a convection oven we have in the Motorhome & we are happy about that.  Had a regular propane oven in the Damon & think we only used it a couple times in the 6 years we had the rig.  We mostly used it to store stuff in.   Luckily for me it is very rare Kelly ever does any baking so an oven isn't something we use a lot & especially while traveling.  Thought Karen had a good idea though & you can see her comment on my Wednesday night post.  And that foot stool of Kelly's in the rig does open up to reveal storage space inside. 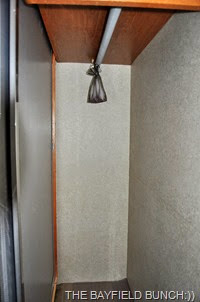 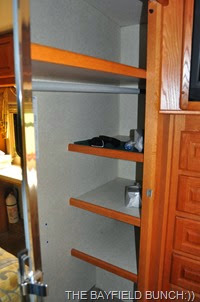 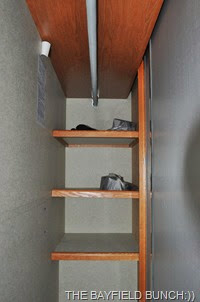 THIS WALK/SQUEEZE IN CLOSET STRETCHES THE ENTIRE WIDTH OF THE COACH ACROSS THE BACK --- SHELVES AT ONE END
Oh & about that that engine hood we couldn't figure out how to open on the rig.  Well that was old 'too cautious' me again.  I have a habit of being too gentle with things that sometimes simply call for some good old extra umph.  I'm always worried about breaking, bending, or jamming stuff up so I'm not one to normally pull or push hard on things.  Engine hoods generally have a safety catch of sorts & despite looking under the dash & not finding a T-handled release lever I was hesitant about pulling on the two unlocked engine hood handles & braking something.  So with that thought in mind this morning I walked right on out there, grabbed those handles & gave a heave.  Hood came right open just as it was designed to do.  I'm beginning to understand how Triple E fits things together nice & tight.  Now if I were to follow Triple E's lead & tighten up what I write about I wouldn't feel so bad about embarrassing myself all the time....Ya think!! 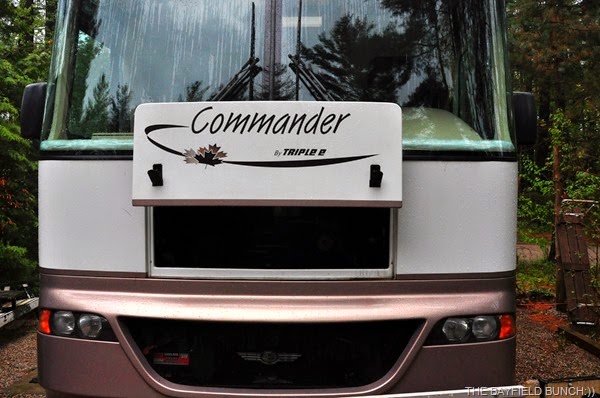 NOTHING TO OPENING THE ENGINE COMPARTMENT…….WHEN YOU KNOW HOW

Finished my  book/kindle. (UFOs: Generals, Pilots, and Government Officials Go on the Record)  This book factually answered my questions & reaffirmed many things I have long suspected.  If your looking for razzle dazzle, little green men, & blurry photos of saucer shaped objects this book is not for you.  If you want to be dramatically entertained this book is again not for you.  And if you don't have any interest in knowing what's going on or should I say what isn't going on then this fact based book would be a total waste of time.  It’s unfortunate the American Government & so many people do not take this seriously. 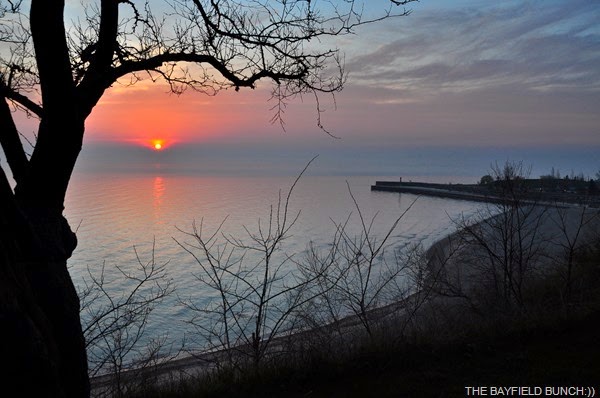 GROANER’S CORNER:((  "What happened to you?" asked the bystander of the man lying on the sidewalk outside of the beauty parlor.
The man shook his head groggily and rubbed his bruised chin. "Well, the last thing I remember was my wife coming out of the beauty salon. I took one look at her and said, 'Well, Honey, ... at least you tried.'"