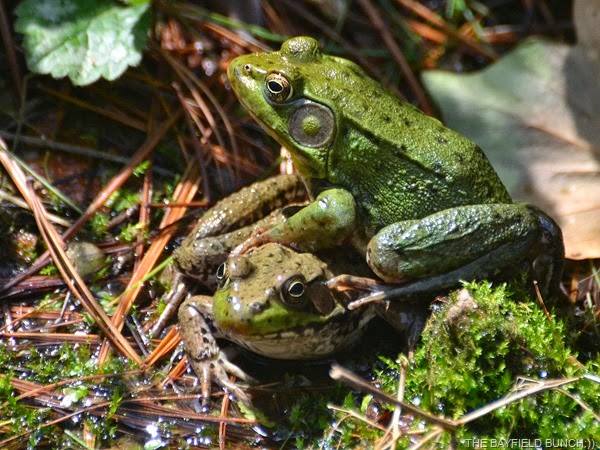 DON’T ASK & I WON’T TELL
Don’t know if it was the sound of distant thunder out over the lake or a cold little doggy nose on my face this morning but my digital clock said 5:25 a.m. & that meant it was time to get up anyway.  Heavy rains had gone south of us but we were left with a heavy overcast.  Gloomed myself around the house for a couple hours & watched some mindless morning television.   Suddenly something appeared on the carpet in front me.  It was a Sun splash & that immediately dispelled my gloomy mood.  I was out the door with vacuum cleaner in hand.  Surprised at how much the temperatures had come up as I soon busied myself vacuuming out the Jeep, but not before Kelly had to come out & unplug the vacuums hose.  Seems I had sucked up about 3.8 tons of pea gravel when I set our indoor vacuum down in the driveway…..& turned it on.  Followed that little fiasco by washing the Jeep & cleaning the windows.  I got through that Okay.  The warm high 70’s temperatures & sunshine just felt soooooo good today.   Like I said in my Tuesday post…..I am powered by the Sun:)) 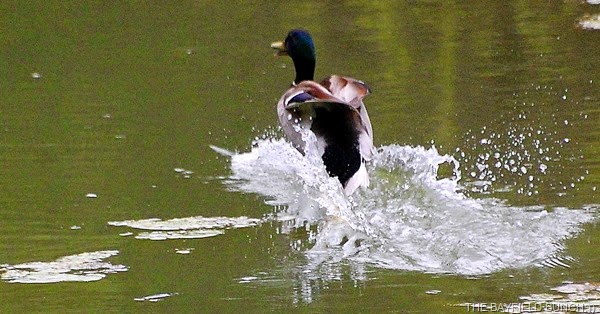 SPLASH DOWN
Needless to say we have been sticking close to our phone & keeping an eye on our email waiting for either to advise us the Triple E Commander is done & ready for us to come pick up.  Triple E owner Don did send us an email Wednesday night saying the rig was still at the garage & they were awaiting a gasket for the exhaust manifold.  I’m thinking the exhaust manifold is the the part that bolts onto the engine & gathers the exhaust gases sending them out through the muffler system.  This ‘waiting’ is sure wearing on us.  I know it shouldn’t be but it is.  (Update::) Email from Don tonight saying the rig may be ready to go Friday afternoon.  We have our fingers crossed the garage doesn’t run into any problems installing the manifold gasket in the morning.  Weather’s looking iffy in the later afternoon but no matter.  I don’t care if we have a snowstorm going on, if we can bring the Big EEE home tomorrow then by gum that’s just what we are going to do….10-4!! 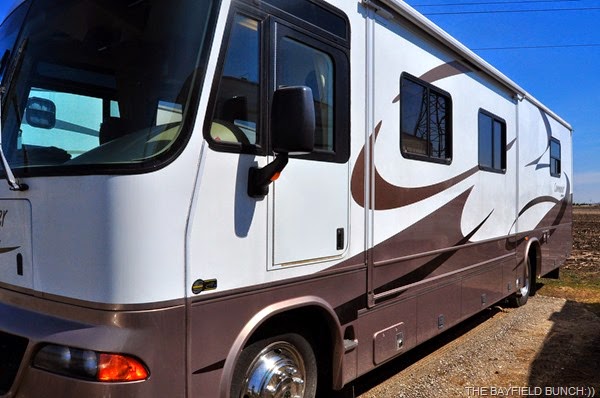 COULD IT BE POSSIBLE WE MAY BE BRINGING THE BIG EEE HOME SOMETIME FRIDAY AFTERNOON??
Often my very much most favorite time of day is simply going to bed.  The sometimes heavy yolk of daily decision making, problem solving, socializing, (not that I do a lot of that anymore) & just plain handling the rigors of a normal day kinda feels a little overwhelming.  Days that were once a breeze to get through seem somehow a tad more difficult now.  No doubt a subtle aging change of sorts going on.  But night time is always the same as I sally forth on my Ship of Dreams to far away places meeting most unusual creatures & seeing old long lost friends.  My Ship takes me to magic places filled with unexpected happenings.  I often seem to get myself into some of the most bizarre situations yet somehow by morning I have managed to extract my weary self from whatever adventures it was I had found myself in during those dark & sometimes long nocturnal hours.  And if I have not managed to get myself out of whatever it was I had got myself into there is always the fail-safe mechanism of waking to mornings early light or a happy little doggies cold nose in my face to begin another day of decision making, problem solving, & all those daily rigors which fortunately lead me back to bed again at the end of the day to once more climb aboard my Ship of Dreams:)) 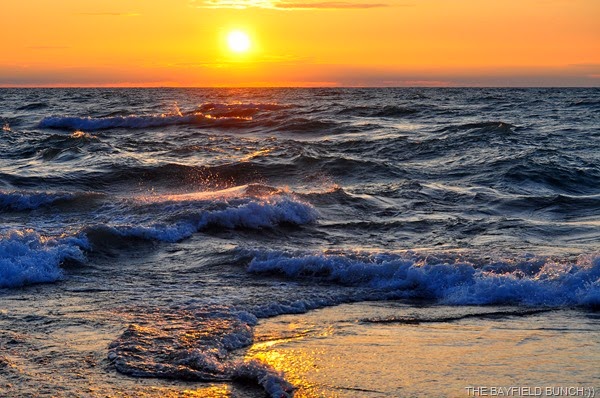 OUR MIGHTY LAKE HURON
GROANER’S CORNER:((  Here it is, the secret chart used by bachelors worldwide, because they don't have wives who can recognize on sight (and sometimes before) when the Big Mac has become one with the special sauce.
FREEZER FOODS:
ICE CREAM - If you can't tell the difference between your ice cubes and your ice cream, it's time to throw BOTH out.
FROZEN FOODS - Frozen foods that have become an integral part of the defrosting problem in your freezer compartment will probably be spoiled (or wrecked anyway) by the time you pry them out with a kitchen knife.
IN THE FRIDGE:
EGGS - When something starts pecking its way out of the shell, the egg is probably past its prime.
DAIRY PRODUCTS - Milk is spoiled when it starts to look like yogurt. Yogurt is spoiled when it starts to look like cottage cheese. Cottage cheese is spoiled when it starts to look like regular cheese. Regular cheese is nothing but spoiled milk anyway -- if you can dig down and still find something non-green, bon appetite!.
MEAT - If opening the refrigerator door causes stray animals from a three-block radius to congregate outside your house, toss the meat.
LETTUCE – Head lettuce is spoiled when you can't get it off the bottom of the vegetable crisper without Comet and a brillo pad. Romaine lettuce is spoiled when it turns liquid. Endive never spoils, but you will never eat it anyway.
MAYONNAISE: If it makes you violently ill after you eat it, the mayonnaise is spoiled. Permanently.
CARROTS - A carrot you can tie a clove hitch in is no longer fresh.
CHIP DIP - If you can take it out of its container and bounce it on the floor, it has gone bad.
UNMARKED ITEMS: You know it is well beyond prime when you're tempted to discard the Tupperware along with the food. Generally speaking, Tupperware containers should not burp when you open them. If the original can you put it away in has finally lost it's label, it's probably done.
EMPTY CONTAINERS: Putting empty containers back into the refrigerator is a fine old trick, but it only works if you live with someone else.
ON THE SHELF:
CANNED GOODS - Any canned goods that have become the size or shape of a softball should be disposed of ... Very carefully.
WINE - Should not be confused with salad dressing.
POTATOES - Fresh potatoes do not have roots, branches, or dense, leafy undergrowth.
THE GAG TEST - Anything that makes you gag is spoiled (except for leftovers from what you cooked for yourself last night).
GENERAL RULE OF THUMB: - Most food cannot be kept longer than the average life span of a hamster. Keep a hamster in your refrigerator to gauge this.
BREAD: Sesame seeds and Poppy seeds are the only officially acceptable "spots" that should be seen on the surface of any loaf of bread. Fuzzy and hairy looking white or green growth areas are good indications that your bread has turned into a pharmaceutical laboratory experiment. You may wish to discard it at this time, depending on your interest in pharmaceuticals.
CEREAL: It is generally a good rule of thumb that cereal should be discarded when it is two years or longer beyond the expiration date, or when it will no longer fall out of the box by itself.
FLOUR: Flour is spoiled when it wiggles, or things fly out when you open it.
PRETZELS: Normally eternal, pretzels may be discarded if they can no longer be picked up without falling apart. Otherwise, there's nothing to stop you from eating a pretzel that the Pharaoh put down only 4000 years ago.
RAISINS: Raisins should not usually be harder than your teeth.
SALT: It never spoils. However, if you can't chip off reasonable amounts from the block, maybe another box is in order, as fresh salt usually pours.
SPICES: Most spices cannot die, they just fade away. They will be fine on your shelf, forever. Put them in your will.
VINEGAR: If your grandmother made it, it is probably still good.
EXPIRATION DATES: This is not a marketing ploy to encourage you to throw away perfectly good food so that you'll spend more on groceries. Even dry foods older than you are may be ready to replace. Perhaps you'd benefit by having a calendar in your kitchen.
Posted by Al Bossence at 5/08/2014