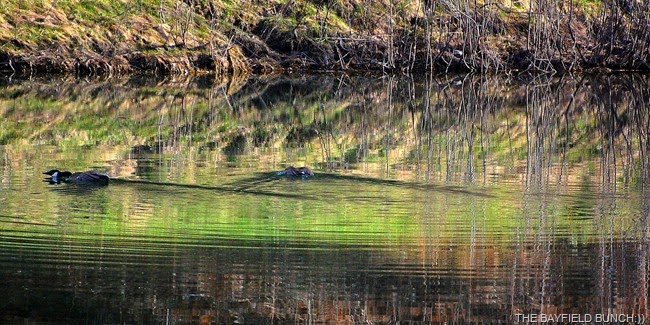 Until the day warmed up a bit Pheebs & I worked away at the yard clean up again. More raking up of Pine needles & picking up of downed branches from many tall Pine trees surrounding our house. Grounds are slowly beginning to take shape.  Crawled under the front deck to turn the outside water on for the season but no go.  Tap wouldn’t budge so can only assume there is still ice in the pipe.  I’ll try again in a couple days.  First time that has ever happened but with the horrid winter they had hear I am not surprised.  Update::  After today’s warm temps I tried the tap again after supper & it worked.  Water’s on:)) 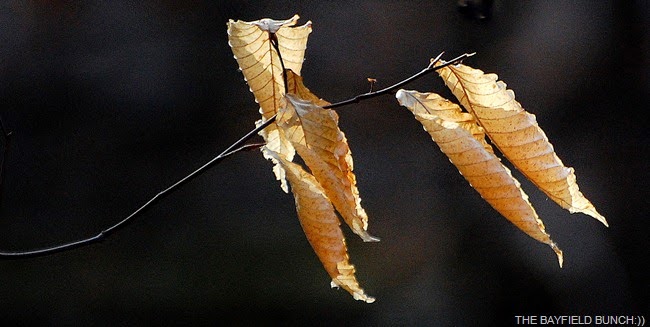 We seemed to be going full tilt today.  Kelly busied herself cleaning the interior of the Winnebago while I washed out bins & cleaned windows, etc.  Interspersed with all that was helping a neighbor with a bit of yard work & a couple loads of pine needles to the dump area.  Turned out to be the finest weather day of the year so far with temps into the 60’s I think.  After publishing the blog Saturday night I worked outside till dusk.  I like when that happens.  A nice feeling of accomplishment at the end of a day is always a good thing. 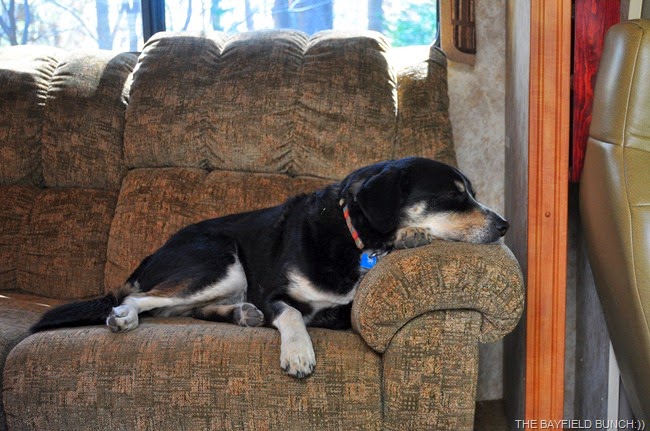 SOME WEREN’T WORKING QUITE AS HARD AS OTHERS TODAY 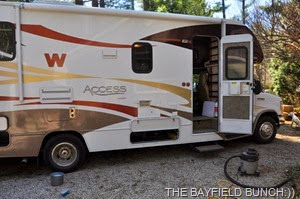 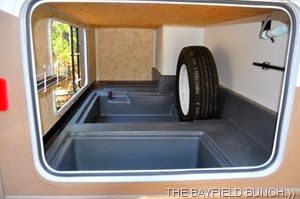 GETTING WINNIE ALL SPIFFED UP 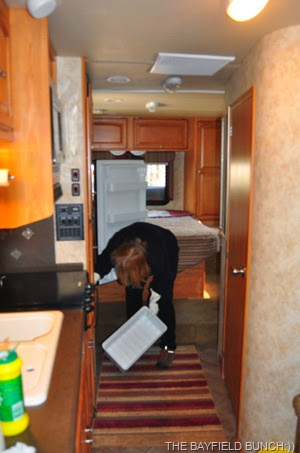 Cindie & NAN in a comment question wondered about the pond reflection photo in Friday night’s post.  The actual reflection in the pond’s water is the bottom third of the photo.  From the pond to the upper right is a grassy bank with a touch of frost on it.  A yellowy early morning Sun coming in from the upper left is shining through a stand of tall Pine trees.  The long black shadows you see on the bank are actually tall skinny Pine tree trunks. (Bea was right)  We see this scene every morning right now as we approach the Park’s pond from the North-East.  In a few weeks as our ever rotating Earth slowly changes position with the Sun we will not see these exact same reflections again this year.  Also had some unidentified Ducks in the same pond in Wednesday’s post & our friend GORDON from up there near that Ottawa place thought maybe they were female Hooded Mergansers.  By the way if you want to see some truly excellent photography just click on Gordon’s name.  Well worth taking a moment to have a look.  This guy knows how to do it right:)) 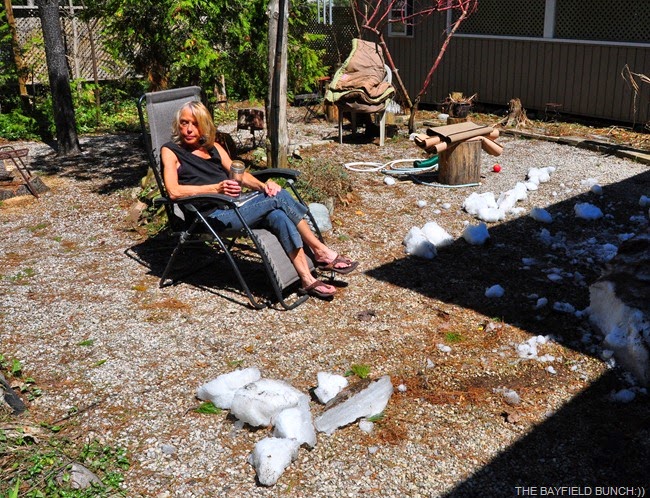 BACK YARD BREAK TIME WITH A JUG OF TEA

And at last I am totally free of that miserably nasty chest & head cold I had for nearly 2 weeks.  Could maybe have put the run on it if I had taken some prescribed meds earlier but we were on the road at the time & I never got to seek any medical attention until after we were home.  Oh well it’s gone now & that’s all that matters. 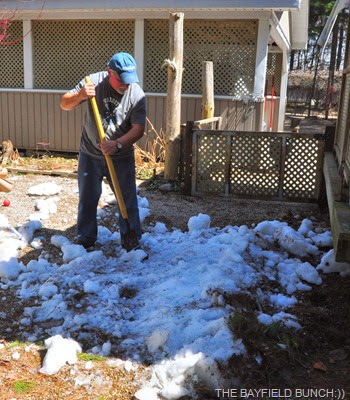 Seems like everybody in our Park was so happy to be out walking & shaking off those winter blues today.  I probably met & talked to more people than I ever meet & talk to for the whole length of time we are home here in Bayfield.  Had to reach deep, pull out a few seldom used rusty old social skills, dust em off & put em into play.  Guess I did alright, nobody threw anything at me.  Saw a few backward glances & some lips moving so guess I have to assume they were just saying as they walked away, 'hey, he’s not so grouchy after all………..10-4:)) 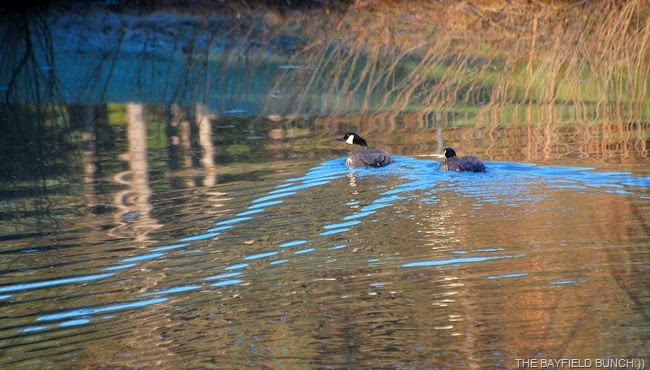 GROANER’S CORNER:(( Once upon a time long, long ago there was a season when neither the Packers nor the Vikings made the post season playoffs. It seemed so unusual that the management of both teams got together and decided that there should be some sort of competition between the two teams, because of their great rivalry. So, they decided on a week long ice fishing competition. The team that catches the most fish at the end of the week wins.
So on a cold northern Wisconsin lake they began their contest.
The first day after 8 hours of fishing the Vikings had caught 100 fish and the Packers had 0. At the end of the 2nd day the Vikings had caught 200 fish and the Packers 0.
That evening the Packers coach got his team together and said, "I suspect some kind of cheating is taking place." So the next morning he dressed one of his players in purple and gold and sent him over to the Viking camp to act as a spy. At the end of the day he came back to report to the coach. The coach asked "Well, how about it, are they cheating?"
"They sure are!" the player reported, "They're cutting holes in the ice."