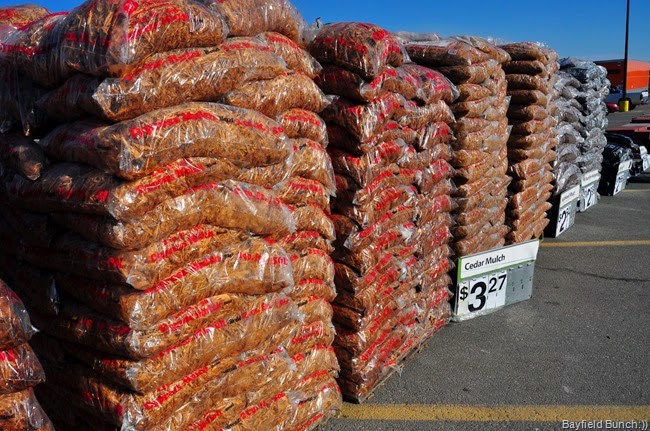 Not a good night.  Been fighting a chest cold since the day we left Congress & each day it has been getting steadily worse with a lot of hacking, wheezing, & congested coughing.  Last night it moved up into my throat & head making for very little sleep.  Throat felt like I had swallowed a package of razor blades this morning.  With all those little miseries going on it made for a long driving day. 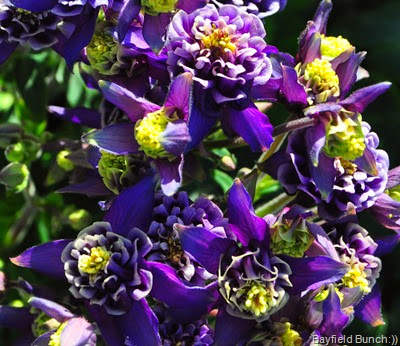 Clouds had moved in during the night & temperatures dropped.  We were on the road about 8:10 & fought a nasty head wind all the way up highway 81 to York Nebraska where we picked up I-80.  Of course as soon as I swung Winnie’s nose to the East we commenced fighting a tricky cross wind for the rest of the day.  Fortunately I-80 traffic was light.  Not a lot I can tell you about our day.  We just kept slogging East.  However, since pulling out of ‘Army Tank’ Park this morning I had one thought in mind.  One destination…..Cracker Barrel:)) 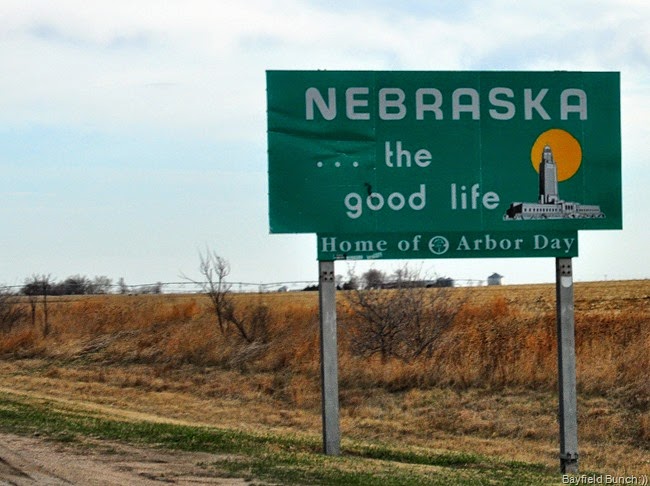 Figured for sure there would be a Cracker Barrel in Lincoln Nebraska & sure enough there was.  Kelly looked it up & we rolled off I-80 at exit 403 around noon.  Thursday special was Turkey & dressing with mashed potatoes & gravy.  Right up my alley & of course buns & corn bred.  We both had the Turkey special.  What a pleasant Oasis those Cracker Barrels are for us on long traveling days.  Always like the ambience there.  Hank Williams was belting out Honky Tonk Blues when we walked in.  Cracker Barrels always make me feel better & I was sure needing some feeling better this morning.  My razor blade throat finally cleared up.  Just dealing with head stuffiness tonight & a bit of fatigue.  Have a feeling with a good night’s sleep tonight I will start pulling out of this shortly. 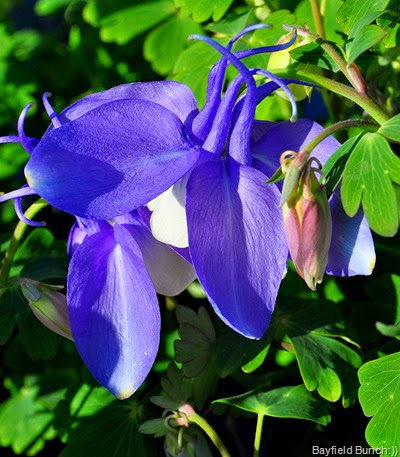 Our day remained windy, on the cold side, & cloud covered.  No problems rolling through Omaha Nebraska or Des Moines Iowa.  Kelly looked up a Wal-Mart location on the East side of Des Moines & came up with one in Altoona south of I-80 & the big Bass Pro Shop.  What a great feeling it always is at the end of long traveling days to pull in somewhere, shut things down, & just go back into the coach & sit down on our couch.  Because we are self contained I don’t have to bother with hooking up water & electric.  I sure like that. 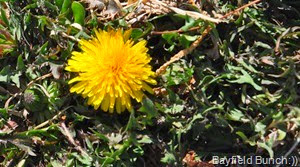 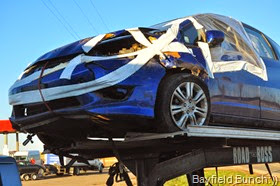 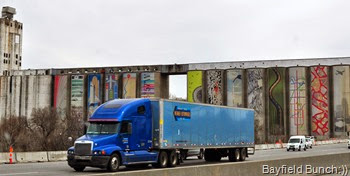 A CAR WITH SOME OUCHIES & PAINTED SILOS IN DES MOINES 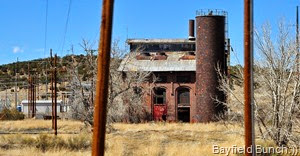 A DRIVE-IN MOVIE THEATER & AN OLD BUILDING OF SOME KIND 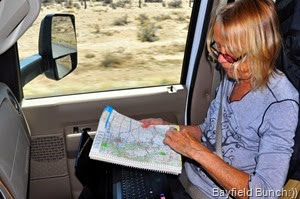 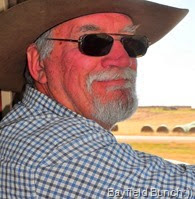 AND LET’S NOT FORGET BEAUTY & THE BEAST

Our scenery didn’t change a whole lot today.  The hills were a bit higher & the grades longer but the countryside along our route is basically flat.  And at this time of year with no leaves on the trees & no crops in the fields the word boring comes to mind.  Plus it was overcast & dull. Yes, we  sure do miss the mountains of the South-West.  Update::  We did finish the day in sunshine & warmer temps here in Wal-Mart’s parking lot in Altoona Iowa:)) 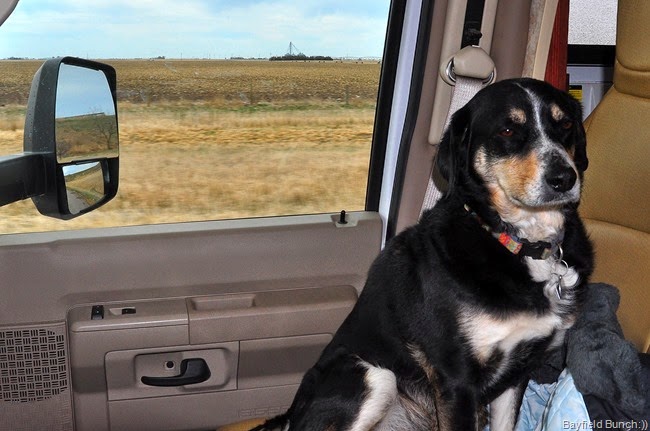 Because we are off the road on the early side today & I don’t have a whole bunch of photos to edit so maybe I can make a start at getting caught up on all the kind emails people have sent in recently.  Not meaning to ignore anyone, it’s just these long traveling days kind of knock the stuffings out of me sometimes. & putting a post together at the end of each day occasionally leaves my limited energy levels depleted.  And I also found out today thanks to a reader my short term memory has let me down again.  Had put 6 reader emails in a special folder a couple weeks ago to remind myself not to forget to answer them & then promptly forgot to answer them.  I get so frustrated with myself when I do things like that!!!!  I will get those emails caught up when we get home & if I forget again Kelly said there is going to be some very big trouble headed my way………… 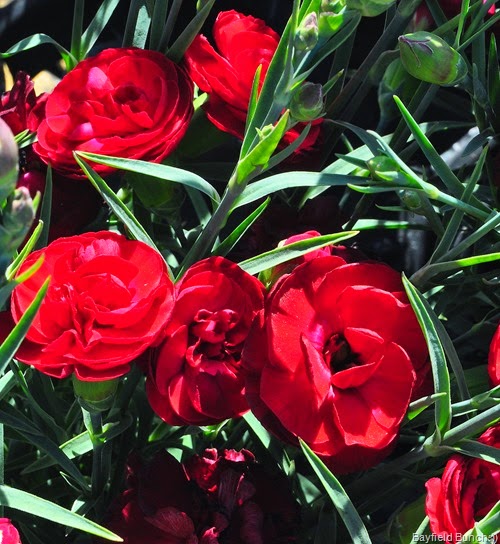 Looks like we have some snarly weather setting in for Sunday.  Rain!!  Plan right now is to be home sometime Saturday & at least get the rig half unloaded just in case we have us a downpour.  Don’t want to be carrying things in the house with a cold rain coming down & don’t want to be driving home in rain either if we can help it. 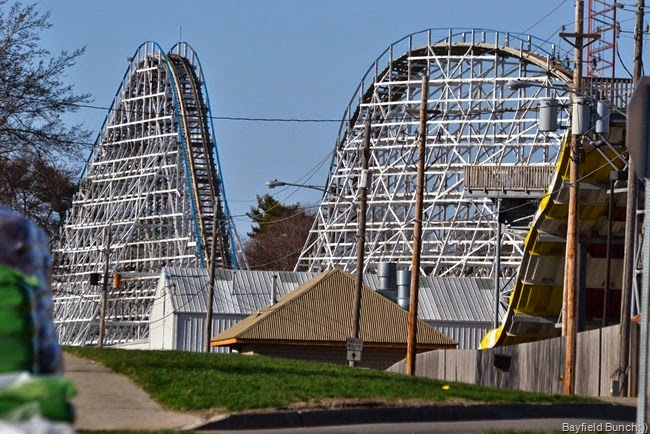 HEY TOM I GOT A ROLLER COASTER FOR YA TODAY:))

We will probably just bite the bullet & brutally fight our way though Chicago traffic Friday.  No way around it.  May just as well meet the Beast head on & deal with it.  We’ve had to do it before:(( 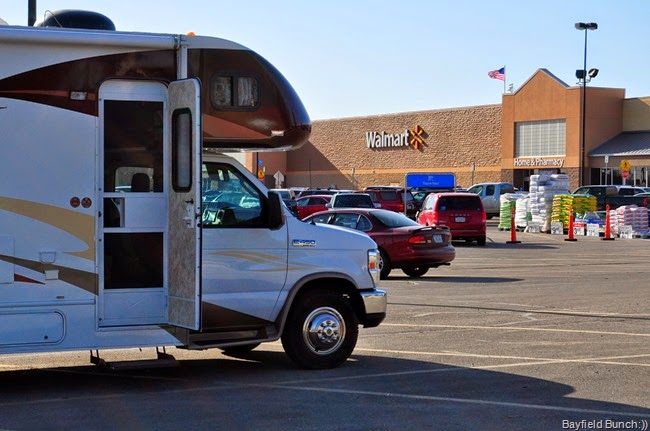 My friend, Ed Peterson, over at Wells Iowa, received a check for $1,000 from the government for not raising hogs. So, I want to go into the "not raising hogs" business next year.

As I see it, the hardest part of this program will be in keeping an accurate inventory of how many hogs I haven't raised.

My friend, Peterson, is very joyful about the future of the business. He has been raising hogs for twenty years or so, and the best he ever made on them was $422 in 1968, until this year when he got your check for $1000 for not raising hogs.

Now another thing, these hogs I will not raise will not eat 100,000 bushels of corn. I understand that you also pay farmers for not raising corn and wheat. Will I qualify for payments for not raising wheat and corn not to feed the 4000 hogs I am not going to raise?

Also, I am considering the "not milking cows" business, so send me any information you have on that too.

In view of these circumstances, you understand that I will be totally unemployed and plan to file for unemployment and food stamps.

Be assured you will have my vote in the coming election.

PS: Would you please notify me when you plan to distribute more free cheese.