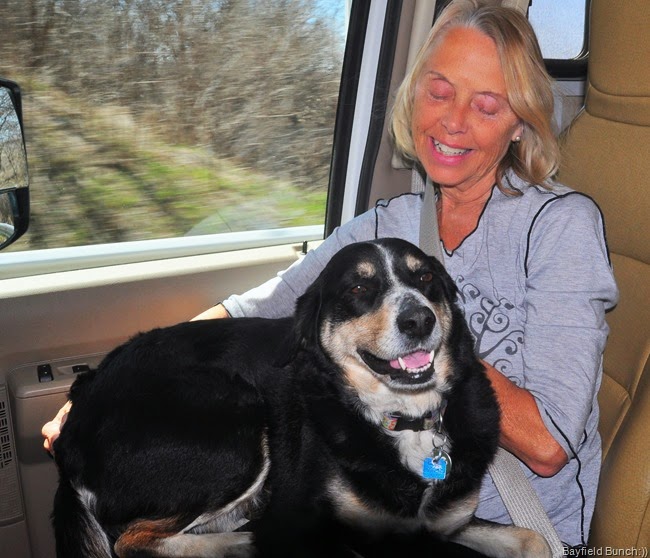 We were on the road by 7 Iowa time under clear sunny skies.  Thursdays North winds had dissipated & we were able to sail right along without any of Mother Nature’s wily ways impeding our steadily Eastward progress. 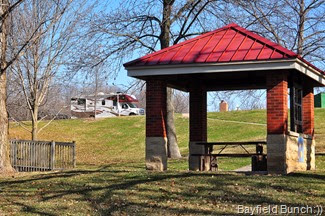 INDIANA HAS SOME NICE REST AREAS

I had a feeling I was going to feel better when I woke up this morning & my feeling about that turned out to be correct.  A good night’s sleep & aside from schnoofles in my schnoot I feel well rested compared to the previous day.   Lungs are still congested, heads still stuffed but I was free of the hacking cough today & that was a big plus.

JUST A COUPLE OLD BUILDINGS ALONG THE WAY

We are on the East side of the country now so it is traffic mania.  So many times today I longed to be back on those long wide open scenic roads of the West but reality dictated we were where we were & there was nothing to do but deal with the traffic chaos at hand.  And deal with it we did as we held our own against the hordes of many manic metal monsters menacingly moving for miles & miles around us on all sides. 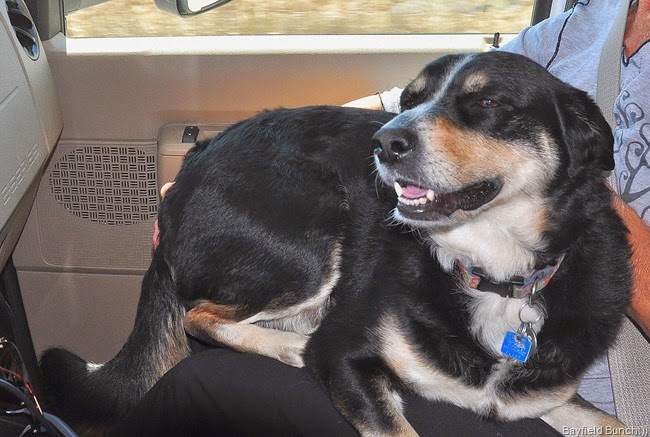 OUR VERY MUCH MOST BESTEST LITTLE LAP DOG

I knew we had to get our buns well East of Chicago before the afternoon rush started around 3.  Friday afternoons are always the worst in any city & Chicago traffic has been known to eat RV’ers up & spit them out.  We pushed hard right from Altoona east of Des Moines all the way.  Entered the melee around 1 p.m. on Chicago’s southwest side & were well out of it less than an hour later with all limbs intact & no dents & scrapes to the Winnie Wagon. 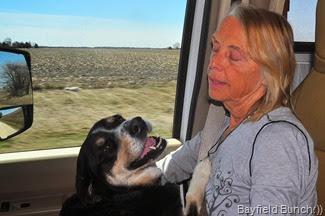 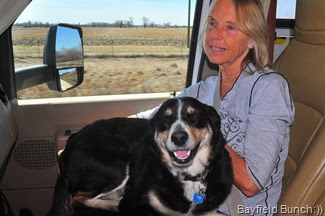 With our GPS (Garmin Gertie) & Kelly handling the navigation, Pheebs lending moral support, & me driving, we sailed ourselves right through the south side of Chicago without hardly a cuss word for a change.  Traffic flowed smoothly & I’m sure us Country Bumpkins showed those City Slickers a thing or two.  We just up & blowed Chicago’s doors off.

We decided early on to take the toll road right from it’s Western End south of Chicago all the way to highway 69 north of Angola.  This is the third time we have used this toll road as opposed to going up through Gary Indiana, Benton Harbor, Kalamazoo, etc. like we have a few times before.  Had we gone that way we would have been mired in the Friday afternoon rush along that corridor.  Although the toll road cost us $23, in my opinion it is well worth the aggravation it saves.  No heavy traffic congestion, just a nice relaxing drive from Chicago to highway 69.  MapQuest says we logged in 525 miles today.

PASSING ELKHART INDIANA WHERE MOST ALL RV’S ARE MADE 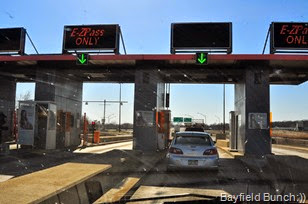 CLIMBING OFF THE TOLL ROAD NORTH OF ANGOLA MICHIGAN

Before reaching the end of the toll road I knew we had enough energy left to make it North on 69 to Lansing Michigan where we knew a Cracker Barrel was awaiting us.  We have been to this one half a dozen times before.  Moved our clocks ahead another hour & rolled into Cracker Barrel at 6:30 Ontario time.  Of course all the 4 wheelers were parked in the RV/Bus spots & the place was packed.  (we found a quiet spot around the back)  It was Friday afternoon & that’s always a big ‘feed bag’ time for a lot of folks.  Including us tonight.  It will be our last Cracker Barrel stop until we return to the States probably sometime in October.  I’ve already forgot what I had for supper but it sure was good. 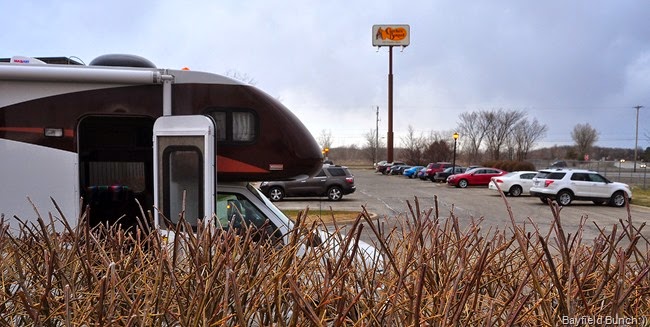 OUR OVERNIGHT SPOT AT CRACKER BARREL

Pretty darn nice feeling knowing we are now only 186 miles from home.  Won’t take us long to reach the border in the morning & from there it is only an hour & twenty minute drive home.  And that includes are annual tradition of stopping at Tim Hortons in Forrest Ontario for what most of we Canadians consider to be the best cup of coffee on the Planet.  Of course opinions may differ, but really………………. 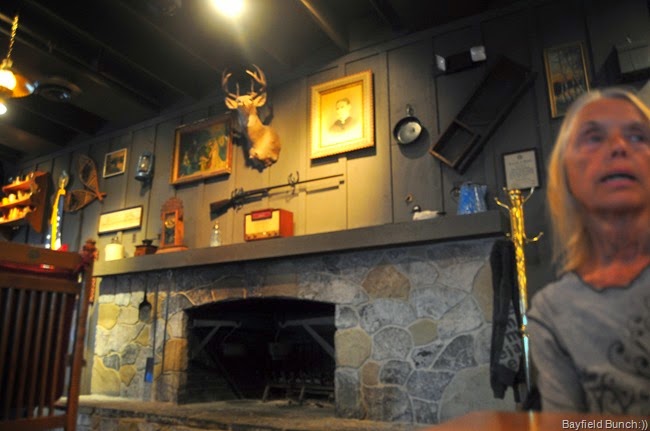 A DC-10 had an exceedingly long landing rollout after landing with his approach speed just a little to high... San Jose Tower: "American 751 Heavy, turn right at the end if able. If not able, take the next exit off of Highway 101 back to the airport.