A NICE SUNDAY MORNING GRAVEL RUN FOR PHEEBS & I

With sunny skies overhead & a cold morning going for us I had a choice. Spend time cleaning up & re-organize our wood storage shed or load up the Pheebs & head on out for a Sunday morning back roads cruise. With rain predicted every day next week I decided to have a go at both options. 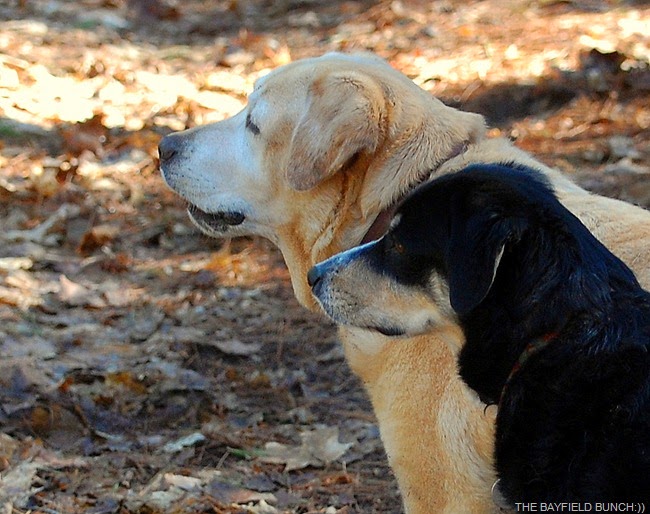 PHEEBS WITH HER VERY MUCH MOST BEST BOYFRIEND PAL OF EVER…….DEXTER:))

All our outside summer garden ornaments are stored in the wood shed so I loaded up 3 wheelbarrow loads of stuff & stacked everything outside near our front porch for placement around the yard later. That took care of about two thirds of the shed's clutter & I figured that was good enough a start for this morning. 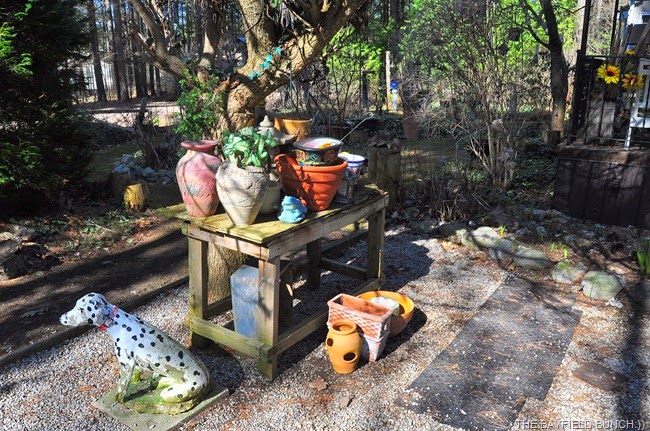 About 10 a.m. little 'Muffin Face' & I piled into the Jeep & headed off to Goderich. Quick stop at McDonald's & we headed on down around the harbor & beach area. Still some tiny ice burgs along parts of the shoreline. Gonna be awhile before anyone dips their toes in the lake this year. Headed North out of Goderich for a short distance & swung in-land. 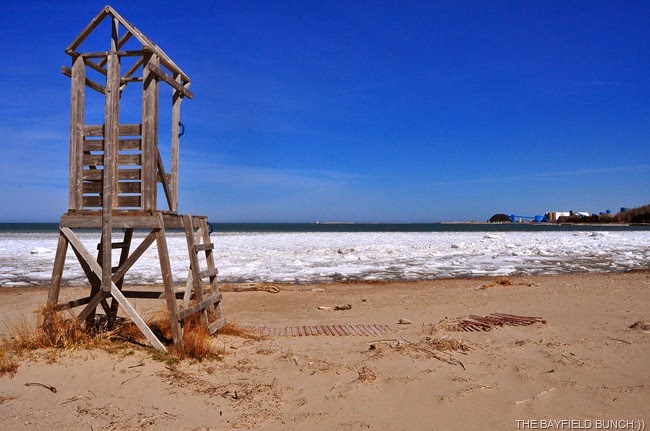 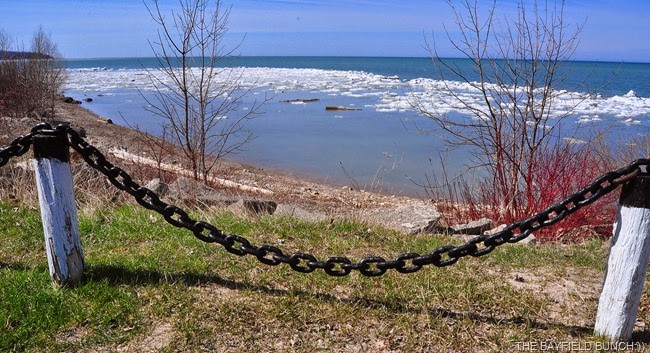 Knew Pheebs was wanting to get out & do some sniffing around so we stopped at one of our favorite stopping places where the country road runs between 2 sizeable ponds. Soon as we got there I saw we had a mission. A small painted turtle was slowly making it's way across the gravelled road so we quickly went to it's assistance before any traffic came along. Set him down at the water's edge & he was a happy little guy as he skee-daddled into the pond he had been heading for. Stopped, turned his head looking back & gave us nod of thanks. I like when we are able to do good Samaritan deeds in the animal Kingdom:))

WE STOPPED TO MOVE TUTTLE THE PAINTED TURTLE OFF THE ROAD BEFORE HE GOT SQUISHED
Pheebs & I were home again shortly after noon. Ron from 4 SEASONS PERFORMANCE had sent a couple emails & called saying he has had calls coming in from people interested in our Class C Winnebago. Ron's ad for our rig can be seen here, 2011 WINNEBAGO ACCESS PREMIER CLASS C.  He suggested we switch out our residential loveseat for a standard RV couch so we will do that & bring our loveseat home & put it back in our living room. The older leather couch we have in that spot now will be moved to the sunroom. It's a win/win situation because it gives Pheebs a couch in the living room as well as the sunroom. 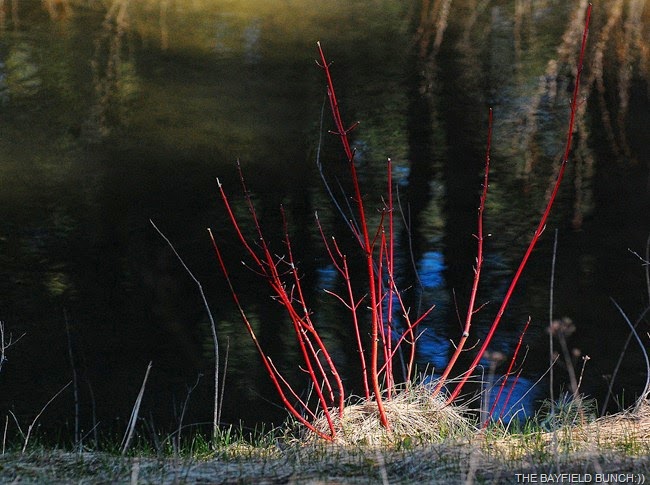 Our cool sunny morning actually morphed into a nice afternoon & I was invigorated enough to get myself outside & re-hang the bird feeders, clean out a few more flower beds & rake up another 65 million trillion pine needles. The annual Spring clean up is always a good thing not only from a mental point of view but of a physical point of you as well. The clean-up has always been a time to re-awaken long tired & little used muscles gone dormant over a long winter's cabin fevered inactivity. So refreshing to get out in that early Spring fresh air & get oneself in tune with Mother Nature. I know some folks are happy not to have a house anymore with all those Spring chores but I am sure not one of them. My happiness comes from being outside with things to do & clean-up projects on the go. Of course not everything is enjoyable & cleaning windows is definitely not one of my favs!! 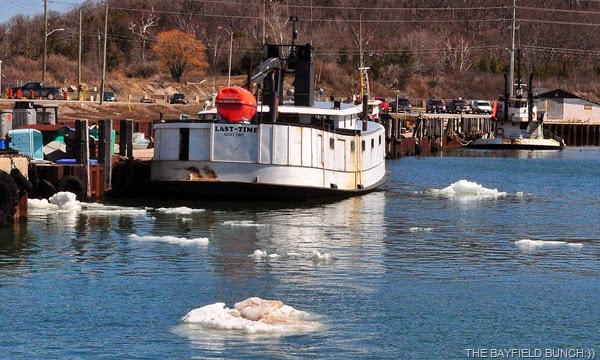 Rain forecast for almost every day this coming week so not a lot to look forward to in that department. Friday morning we have to be up early & on our way to London's University Hospital. Kelly has an appointment to see a liver specialist. She has been feeling great these past 7 or 8 months since running into trouble a year ago around this time. We'll see what this fellow has to say & go from there. 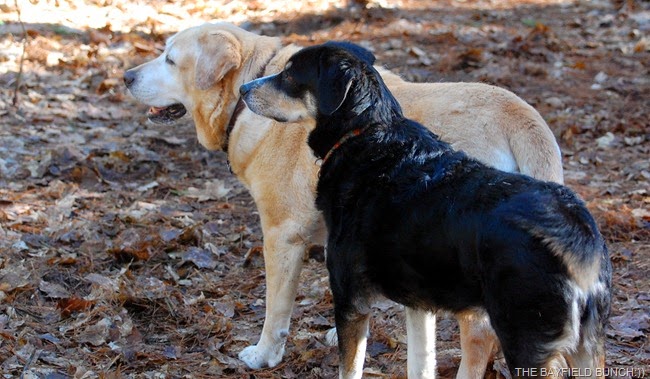 GROANER'S CORNER:((  A group of Alaskan housewives had gotten together for morning coffee and, since several were pregnant, the talk drifted to babies and doctors.
One of the women announced that she was now going to a woman doctor.
"At least," she said, "I'll be able to depend on my doctor being around during Moose season!"