WE MAY MOVE OUR DEPARTURE DATE UP 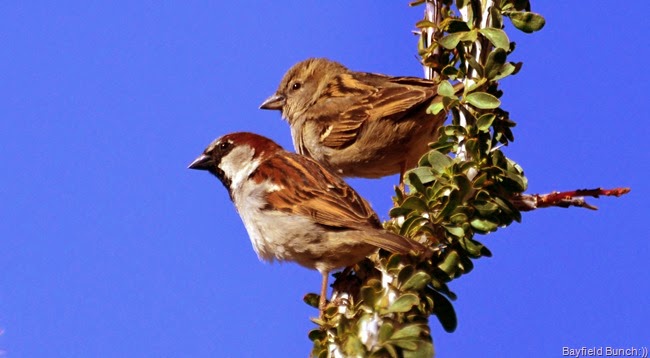 Had ourselves a cooler cloudy morning & I was thankful for that.  Energized me enough to get rid of some brush & dig out a bunch of nasty weeds last week’s spraying didn’t kill.  Cooler air meant we felt comfortable enough about the snakes to walk the desert road behind us.  We keep Pheebs on the road & do not let her race off chasing rabbits.  A single loud command from me will pretty much stop her in her tracks. 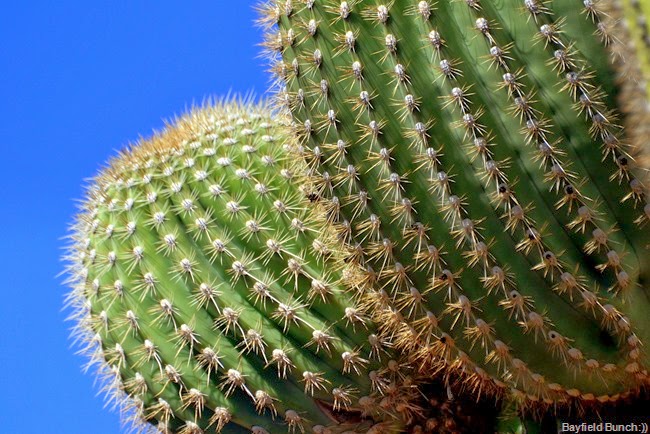 We also decided while on our morning walk to move up our departure date.  At the moment we are waiting for a new T-Mobile cell phone to arrive & after that there is nothing holding us here.  It’s not just me who’s ready to roll, it’s Kelly too.  We always reach a point somewhere in mid to late March when we both feel it’s time to go.  Has happened every year we have been here in the South-West.  So with that thought in mind we had ourselves a busy morning. 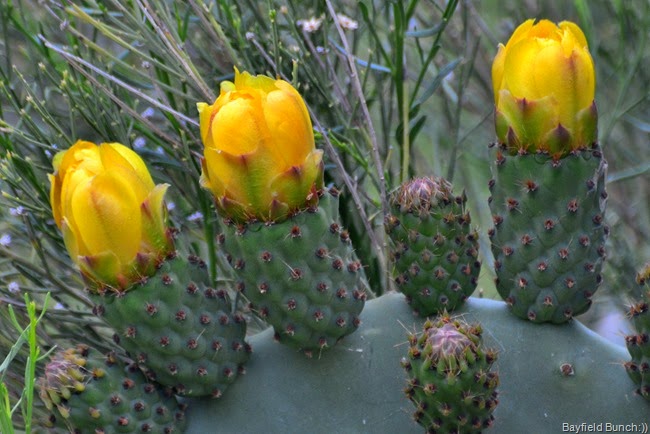 I’ve heard some of the Blogger Gals talking about ‘deep cleaning’ a few times over the years.  Well this morning we were into ‘deep packing.’  We are loading everything in the rig we possibly can except for the last minute stuff.  Don’t know when we will go but could be by the end of this coming week.  Looks like some hot 85+ weather headed this way soon & we do not want to just be sitting here twiddling our thumbs in the heat.  Organized our shed & put away the garden tools, hoses, wheelbarrow, tables, lawn chairs, & all the birdfeeders except for one.  Kelly moved a lot of her stuff into the rig & I concentrated on packing bins.  We’re just about at the starting gate………………………. 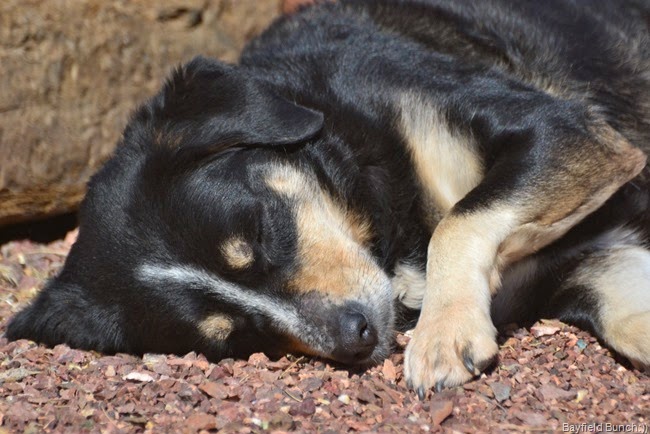 KIND OF A LAZY DAY AROUND OUR HOUSE THIS AFTERNOON

Figure we might take a month wandering through North-East Arizona & another month moseying across Northern New Mexico.  Figure after leaving New Mexico it will take us about 25 minutes to get home to Bayfield Ontario.  Now if taking all that time to get through Arizona & New Mexico sounds like a big exaggeration, it probably is.  But by golly that 25 minute trip home from the New Mexico/Kansas border sounds like it just might work:)) 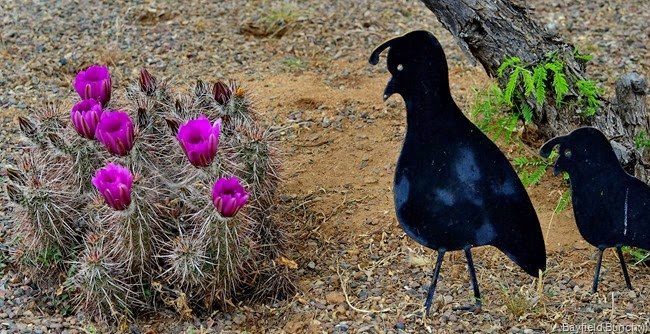 It became windy enough this afternoon to move our 2 large Saguaros out front.  From my bedroom computer chair I could see them swaying slightly with each wind gust.  When we bought the house in 2012 the Realtor told us those 2 Saguaros were worth more than our house.  No doubt he was right.  Kelly had a full load of laundry on the umbrella clothesline I had moved last week & I figured for sure it would blow over.  Nope, blew the empty laundry basket across the yard but my recently dug in laundry pole held fast.  No clean laundry tumbling into the dirt.  Close call for me I’d say.

Pat in a comment on my Saturday post said, “The difference between the cold of the North and the heat of the Southwest is, when the Sun goes down, the cold gets colder, but the heat gets cooler. We may sit in the house much of the day, but the nights are wonderful and the night sky spectacular”.  Pat’s right about that spectacular night sky.  Cooler colder air is stable air & much better for night viewing.  In Ontario our summer air is often heavy with humidity making night air unstable giving a shimmer & a haze to the stars.  Still mighty nice but not as crisp & clear as Arizona night skies.  Many more stars visible here. 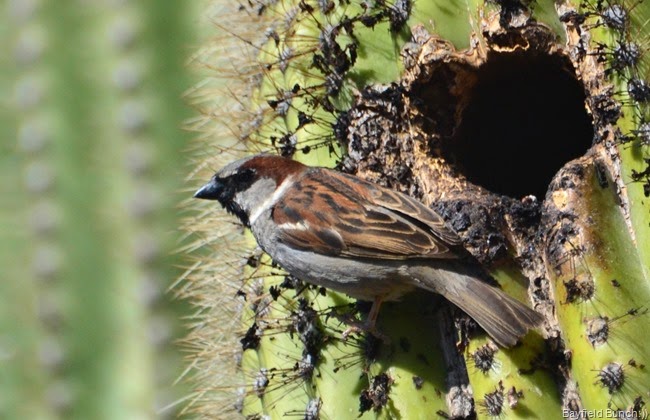 THERE ARE BABY GILA WOODPECKERS IN THAT HOLE IN OUR SAGUARO

Noticed Cheryl Ann from DEEP CANYON responded to my Saturday post on UFO thoughts with a post of her own.  Reminded me of something I saw about 5 years ago one night at Hickiwan Trails in Why Arizona.  I am quite often outside at night.  I saw a string of unusual lights in the night sky moving very slowly from East to West.  I am familiar with the night sky & generally know where major stars & constellations are as well as the Planets.  I’m quick to notice if something doesn’t look the way it should & that is what brought my attention to the lights.  There should not have been points of light where I was looking.  Seconds later I determined the lights were moving.  I ruled out aircraft lights right away because of the configuration.  I’ve watched planes in the night sky & this did not look like that.  I was getting excited.  Then I made an assumption.  There was no sound to the approaching lights therefore I assumed they were not jet engines.  Also figured the lights were moving too slow for aircraft.  You can see where my ‘assuming’ was taking me.  Now I was getting real excited but fortunately something else was going on in my mind.  Aside from the obvious excitement & assumptions my mind went into overdrive.  There just had to be a logical explanation for what I was seeing but it was getting a little unnerving.  I’m just like that, if I see or hear things that does not make sense to me my mind will immediately go to work at trying to make two & two add up to four out of what I am seeing or hearing.  I’ve seen myself standing at length looking at odd marks on the ground trying to figure out how those marks got there & why.  Kind of a Detective type mind trying to tie things together to form a logical conclusion. 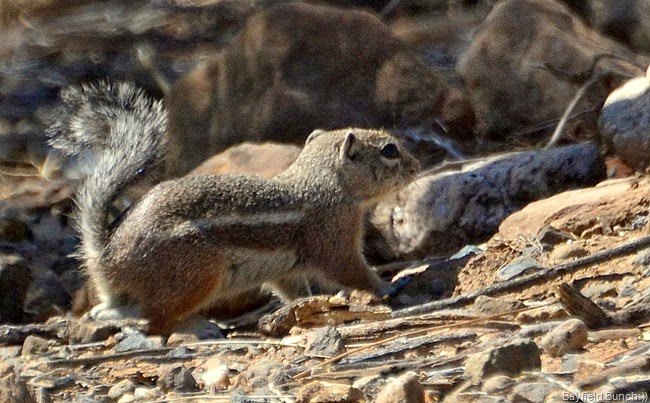 One thing was certain.  I was definitely observing a UFO.  But a UFO in the literal sense of what those 3 letters mean.  ‘Unidentified Flying Object’.  I could not logically identify the object moving across the night sky therefore what I was seeing was a technically correct ‘unidentified flying object’. 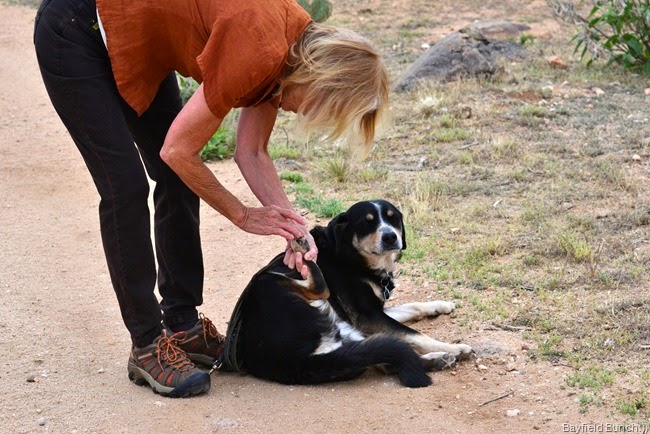 NEEDING A LITTLE HELP WITH A STICKER THIS MORNING

The lights in the sky were just about above me now & just as I was about to believe I was indeed seeing an Alien Spacecraft of sorts I heard & saw something familiar.   A very faint but growing low sound.  A jet engine.  Then several lights pulsing at regular intervals.  Aircraft identification & warning lights.  Things were quickly beginning to fall into place.  But what about the staggered pattern of unfamiliar lights & why so slow.  What was going on up there??  Finally my mind kicked in with the much sought after answer it had so been frantically searching for in those 3 or 4 minutes.  First, the sound told me it was a jet aircraft & the pulsing lights confirmed that.  Because of the slowness of the staggered lights moving steadily in one direction I concluded I was watching an air to air refueling operation.  I had seen this a couple times before in daylight.  A tanker refueling several jets at the same time.  (could have been A-10 Warthogs) At least it appeared that way from the ground.  That explained the staggered lights of both the tanker & several trailing jets.  Didn’t figure they would be refueling at a high speed & that explained the slowness they were moving at.  Also explained the quieter engine noise trailing far out behind the planes before it reached my ears.  Sound compared to light is a very slow mover so my being miles ahead of the approaching lights also explained ‘no noise’. 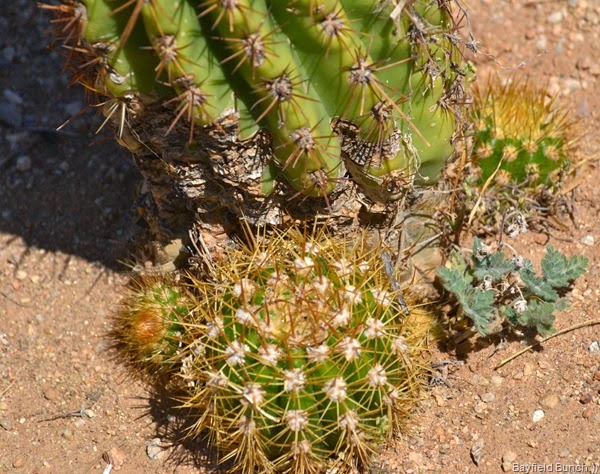 But it just goes to show how quickly one’s mind can wrongly jump to conclusions & assume things.  Magicians rely on people’s minds doing just that all the time.  The better the mind is fooled, the better the Magician.  When I said in my Saturday post I had never seen a UFO I should have added that I actually had seen an Unidentified Flying Object one time for about 4 minutes…..until I was able to identify it as an IFO.  (Identifiable Flying Object)  And there you have it.  My very own little UFO/IFO story.  Would I like to see a real Alien Spacecraft or a true UFO??  Ya darn right I would:)) 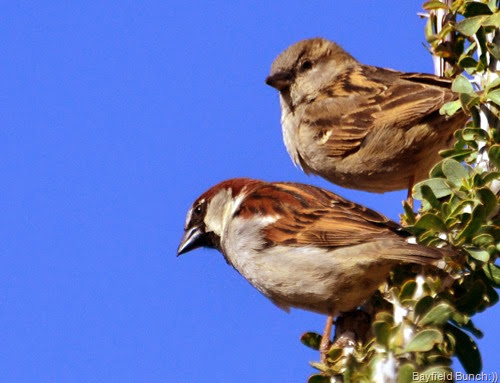 Did you know today was Kelly’s Birthday?  Yup, it was.  We generally do not have a lot of fanfare here at the Bunch for Birthdays & Anniversaries.  The days just quietly come & even more quietly go as we ease ourselves through another one of our annual aging memories.  Guess you could say we are not big celebratory people & of course you would be right……it’s just the way we are. 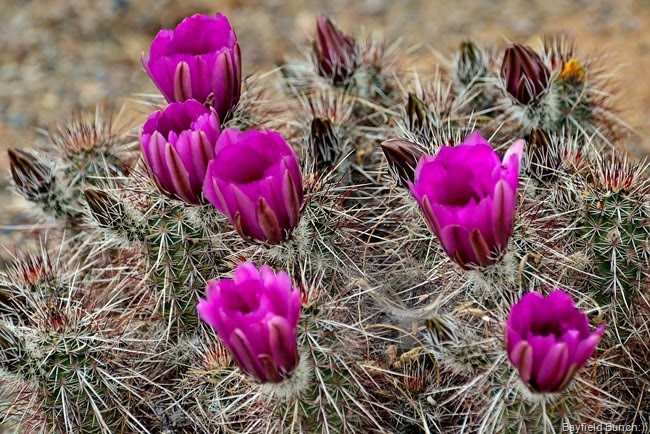 GROANER’S CORNER:((  "I used to dread getting older, because I thought I would not be able to do all the things I wanted to do, but now that I am older, I find that I don't want to do them."  Well ain’t that the truth!!  How about the man who woke up in a hospital after a serious accident. He shouted, 'Doctor, doctor, I can't feel my legs !' The doctor replied, 'I know you can't - I've cut off your arms !'  And did you know laughter doesn't require teeth……………..