NOT A LOT ON MY MIND TONIGHT 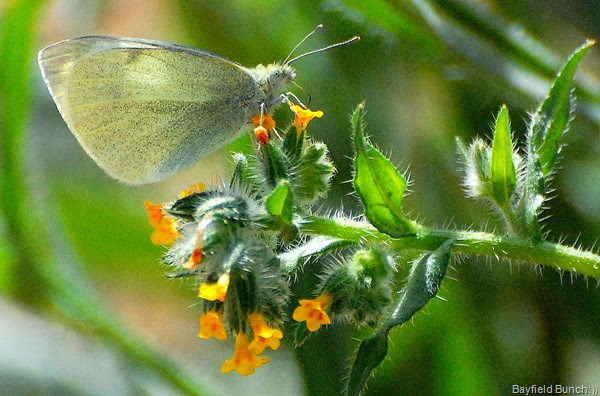 Had been waiting on cooler temps & sunny skies before resuming my clean-up project on our neighbor’s property.  Today was that day.  Hooked up the utility trailer & headed next door to begin picking up the piles of brush along the driveway I had raked up over a month ago.  Already was a brush pile on the property so I hauled the driveway piles back to that.  Also trimmed up an overgrown Palo Verde tree.  Been awhile since I’ve been doing any physical work so I about wore myself out in just a short couple hours.  I’ll have another go at picking up more brush in the morning.

It seems at this older age now muscles just go to mush & joints seize right up if they are not being constantly used or exercised.  I can be working away at something outside, come in & sit down for 20 minutes & it’s a struggle to get back out of the chair again.  Leg joints just seem to seize up that fast.  I am certainly not impressed with this darn constant aging thing………………. 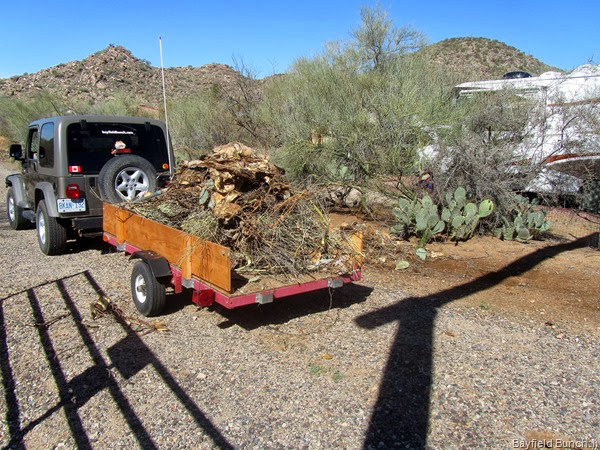 JANNA & MIKE dropped in this afternoon.  Always nice talking to these folks because we have many of the same interests.  Pheebs got to see Emmi again too.  We might just have us some plans brewing for later in the week:)) 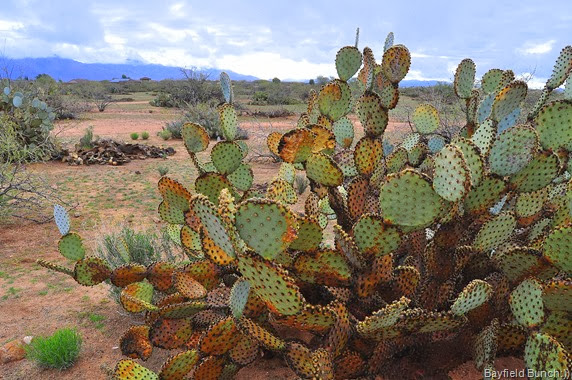 Not a lot on my mind tonight.  Well not a lot I feel like writing about that is.  May have some things coming up but we’ll see.  Most nights writing comes fairly easy but there are times when just trying to put two simple thoughts together seems all but impossible.  All day today & tonight has been one of those times.  Too many days in a row of doing too many of the same things methinks.  Say, are we not overdo for another week long road trip again…….:)) 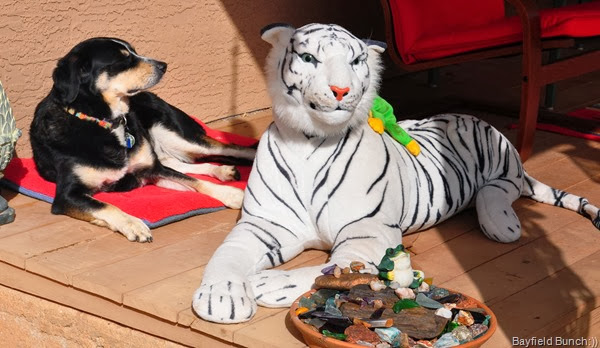 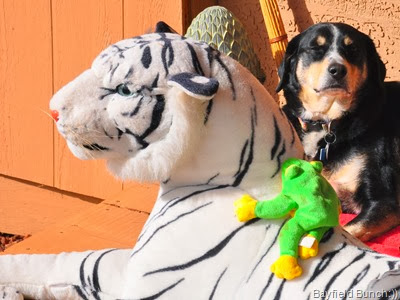 GROANER’S CORNER:((  So this guy opens the 'fridge to get a beer and there sits a rabbit."Rabbit, what the hell are  do doing in my refrigerator." To which the rabbit replies, "Well, this is a Westinghouse, isn't it?"  "Well, yes," says the guy. "Well, I'm westing!"………………Of course this joke reminded me of our own Wasscally Wabbit problem here at our house in Congress.  Since putting the granular repellent around the big hole in our foundation we have not seen hide nor hare of a rabbit since.  I put sand all around the hole as well to see if there would be any rabbit tracks…..nothing:))