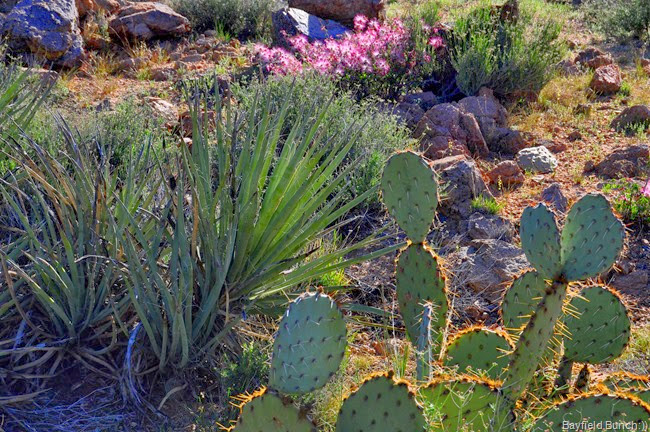 WE SURE LOVE OUR MORNING DESERT WALKS

Any pet owner who has had to put a plastic cone on their best Pal’s head for a few days in the best interest of their pet knows how difficult it is to resist that natural urge to remove that cone.  This isn’t the first time we have experienced this.  Had to cone our Checkers one time after an operation or she would have pulled out her tummy stitches.  This is the second cone incident for Pheebs & hopefully the last. 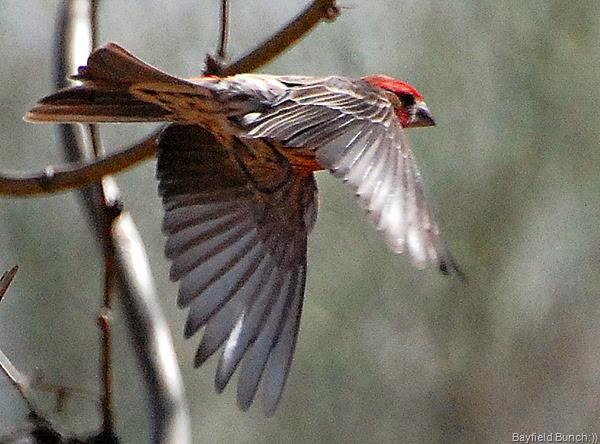 On our morning walks we know it’s hazy when we can’t see Harquahala Mountain to our South-West.  Cooler with a bit of cloud cover stopped old Sol from trying to evaporate us up off the Planet today.  Without the hot sun I figured it would be a good day to putter about in my garden so went out & hung myself off the end of my shovel for awhile.  I enjoy that. 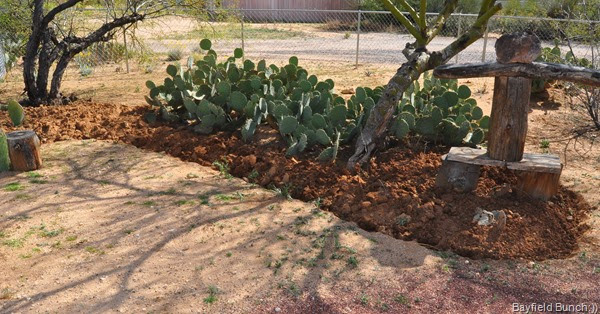 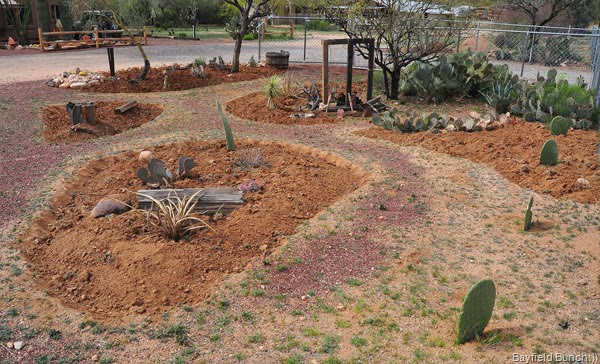 THERE IS NEVER MUCH RHYME OR REASON TO MY LANDSCAPING, I JUST MAKE IT UP AS I GO ALONG & CHANGE IT LATER IF I DON’T LIKE IT

In my haste to get outside this morning I tripped on our kitchen mat & fell face forward onto the top of our kitchen cupboard.  Fortunately the lid was off our Lemon Crisp Cookie container sitting there & the impact of my face on the counter was lessened considerably when my mouth landed in the cookies.  Fortunately I had it open at the time & about half a dozen Lemon Crisp cookies absorbed the shock & cushioned my fall.  Strangely enough I came away without a scratch but ended up with a bunch of crumbs in my mouth & a tummy full of cookies.  I must learn to be more careful of that slippery mat when hastily walking through the kitchen…….:)) 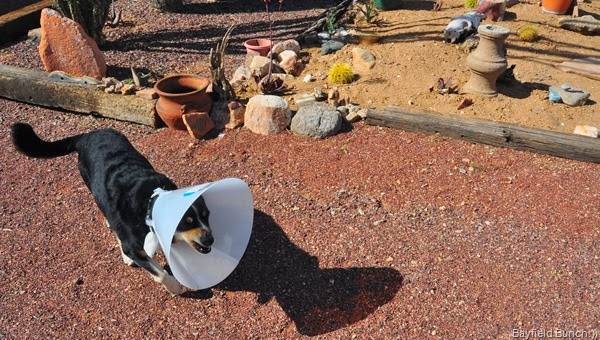 Like my post title says, ‘I like these people’.  Better yet we both like these people.  I’m talking about Nina & Paul from WHEELING IT of course.  Yes, they are the couple boondocking very close to us at the moment.  Nina, Paul, & their dog Polly dropped in this afternoon for a couple hours.  We had briefly met Nina at Christmas Circle in Borrego Springs a couple years ago but this was our first time meeting Paul.  What a delight these folks are.  I’m not always comfortable with people anymore but felt right at home with Nina & Paul.  That comfort feeling for me comes from being able to have a meaningful two way genuine conversation with someone.  I so like it when I occasionally meet easy to talk to people like Nina & Paul.  I’m not one for sitting & telling stories & neither are they.  Yep, I like these people:)) 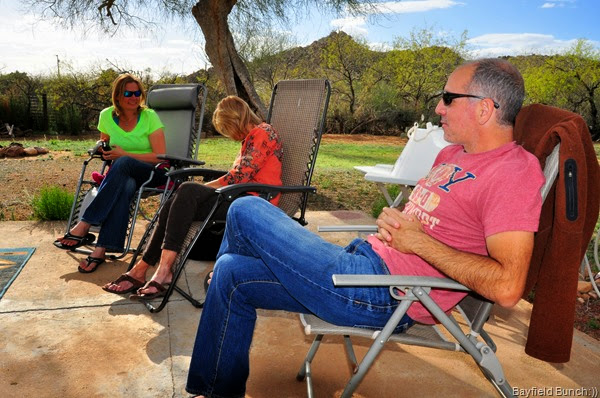 Pheebs & Polly weren’t talking so easy though.  We still had the cone on Pheebs & when she rushed up to Polly to say Hello the big cone scared Polly & they didn’t just hit it off the best after that.  We did finally take the cone off Pheebs later but she really started to itch herself all over.  Nina suggested another Benadryl pill.  That worked & Pheebs stopped the scratching after a bit.  We are going to up her Benadryl & see if that will help her better. 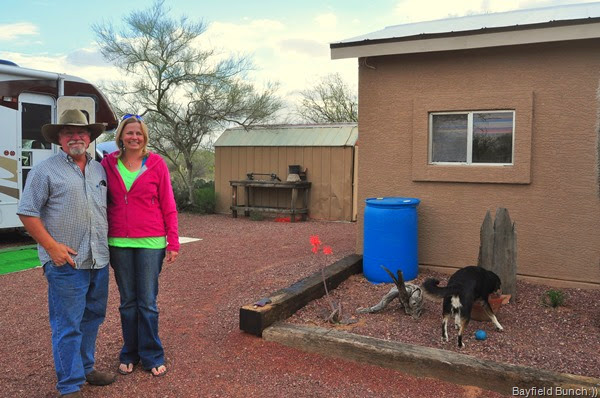 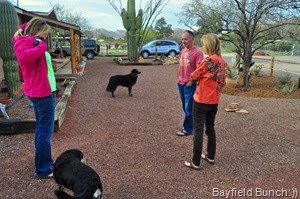 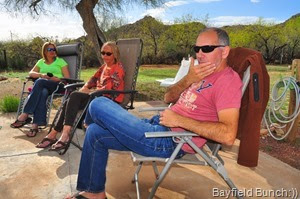 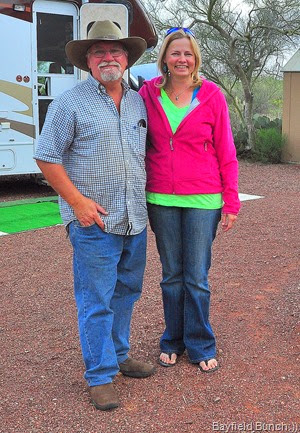 In the morning we are going to slip over to Nina & Paul’s to have a look at their rig & maybe do a short hike around their area.  Good exercise for everybody & the doggy guys too.  If Pheebs nose is still looking rough we may take her into the Vet in Wickenburg.  We have to pick up a few things in town anyway.  Maybe some Neosporin for her nose.  Right now tonight as I write this she is resting comfortably & not scratching herself. 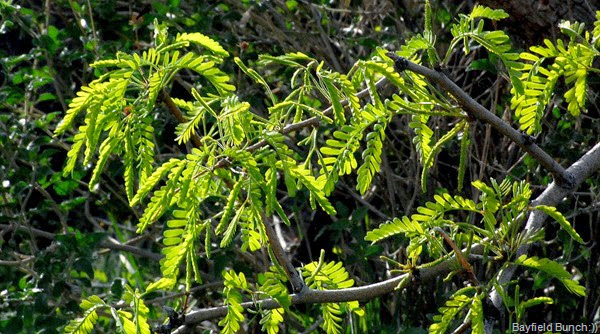 Kelly’s been a little under the weather for the past few days or so.  We think the Auto Immune/Liver problem she has tires her more quickly.  We may not pursue any further plans for a short boondocking venture over the next couple weeks.  With our long homeward trip coming up in about 3 weeks we may just rest up & concentrate our efforts on preparation for that journey.

GROANER’S CORNER:((  The Government found about 200 dead crows near a major city last fall, and there was concern that they may have died from Avian Flu.
They hired a Bird Pathologist to examine the remains of all the crows, and he confirmed that the test results showed it was definitely NOT Avian Flu, to everyone's relief. However, he determined that 98% of the crows had been killed by impact with trucks, and only 2% were killed by car impact.
The province then hired an Ornithological Behaviorist to determine why there was a disproportionate percentage for truck versus car kills. The Ornithological Behaviorist determined the cause in short order.
He concluded that when crows eat road kill, they always set-up a look-out crow in a nearby tree to warn of impending danger.
His conclusion was that the lookout crow could warn the other crows by saying "Caw! Caw!", but the crow could not say "Truck! Truck!"