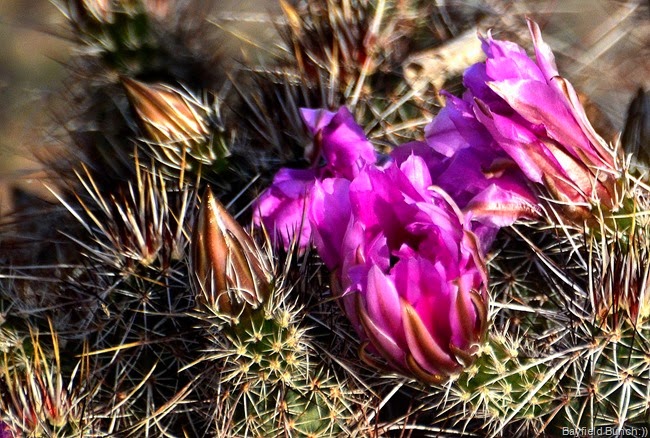 A strong Skunk odor rousted me out of my dreams this morning.  Guess that is what I get for leaving my window open.  Waited awhile before I took Pheebs out.  Glad I still have a good working nose. 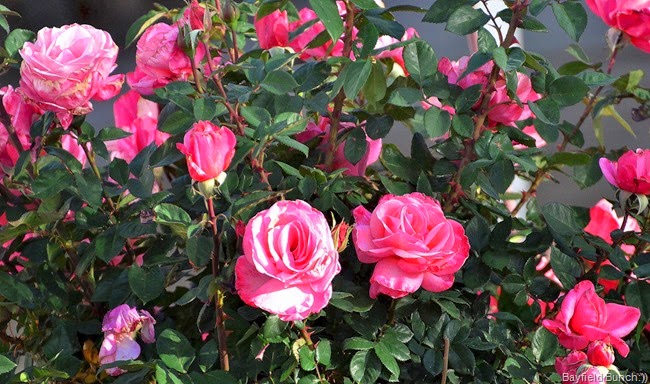 Our Jeep clutch switch appointment at the garage was at 9.  Thanks to MARK & MIKE'S suggestions the problem has been solved for $5.  Kelly did take the Jeep in to make sure it was the switch & not something else.  Fellow at the garage said it was common for Jeepers to by-pass the switch but he first took it out, cleaned it, & tried it again.  Yes, definitely a faulty switch.  While he had himself wedged under the dash he just rewired the wires & charged Kelly $5.  Now if it had been me there he might have charged me $10.  Always best to have the right gender go to get the best job done:))  And thanks to Mike for offering to fix that problem for us as well. 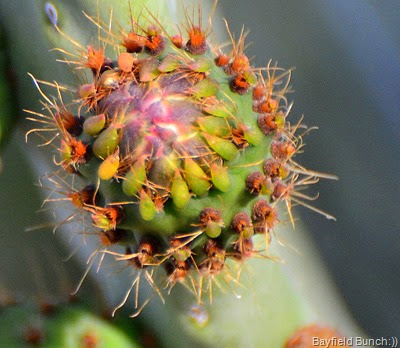 A few more things loaded into the rig today & the calendar finally came out to have us a look at a departure date.  Our 180 days away is up on Saturday April 19th so we are using that as a target date to be home.  Still figuring on wandering up through North-Eastern Arizona across Northern New Mexico into South-East Colorado & out onto the Kansas Plains.  Long range weather forecasts for my 10 weather check points along the route between Congress Arizona & Bayfield Ontario are so far looking favorable.  Chances are good we may roll out of here around April 10th. (or sooner)  As much as we wanna get goin….we don’t wanna get goin. 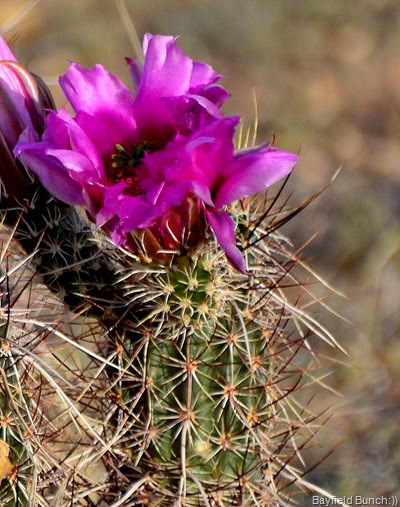 Our neighbors Shirley & Lou from around the corner are going to keep an eye on our place this summer.  It is their yard where I sometimes get those nice cactus garden & spring daisy photos.  Nice folks & they have a little dog named Pebbles.  I’m in the habit of calling her Pickles.  Shirley & Lou live right next door to Dally.  We stopped & gave Dally some big scruffles Tuesday morning.  She’s looking good & being given more attention by her owners. 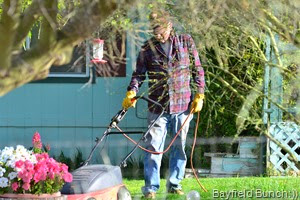 Reason we were down to Surprise 2 days in row was to look at a 2008 37’ Winnebago Destination Limited Edition Class A Motorhome we really liked.  It was different than anything else we had seen & that was precisely what caught our attention.   I drove it & it was the quietest smooth driving coach I’ve ever driven.  Course I’ve only ever driven two, our Damon & this one.  Liked the fact it had the bigger tires normally found on Diesel coaches.  Had the most beautiful hardwood floor we’ve ever seen in a rig.  It was a rear engine gas Chevy Workhorse on a Peterbuilt frame.  Had a lot of extras on it & had been ordered new by someone on the 06 Colorado Ski Team.  Definitely one of a kind………… Had we been able to work out a trade-in deal with our Class C on this coach we might have……well, who knows. 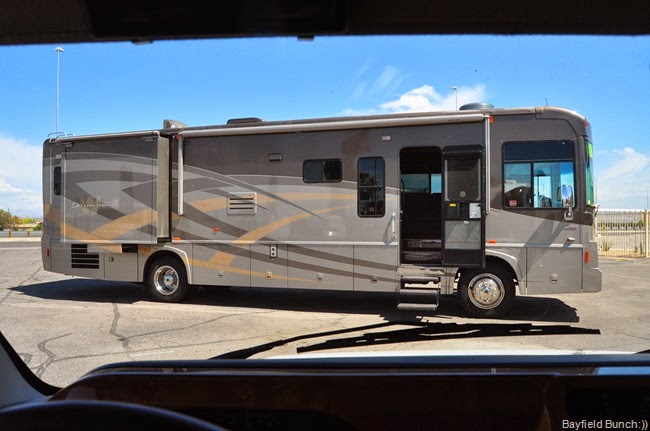 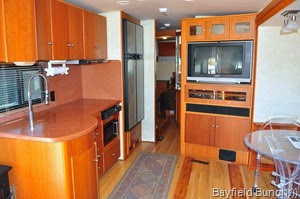 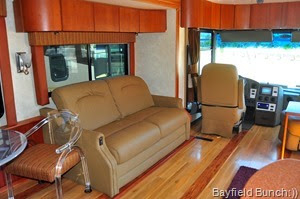 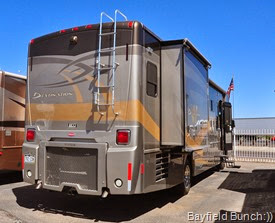 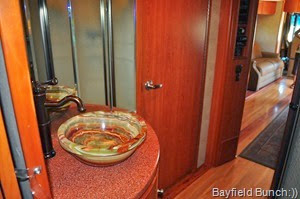 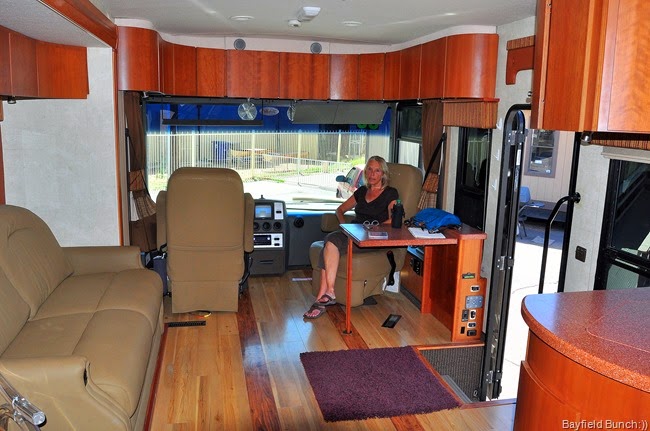 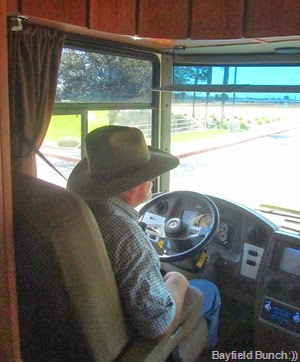 It was during our boondocking venture over in Arizona’s Kofa mountains nearly 2 months ago that we had to accept the fact ‘the writing was on the wall’ about our 26’ Class C Winnebago.  As nice a coach as it is with it’s many pros we just could not adjust to it’s smaller size, try as we did.  There was just no getting away from it, we have been increasingly missing that big Class A living space ever since downsizing over a year ago.  Not so much the storage space as the living space. 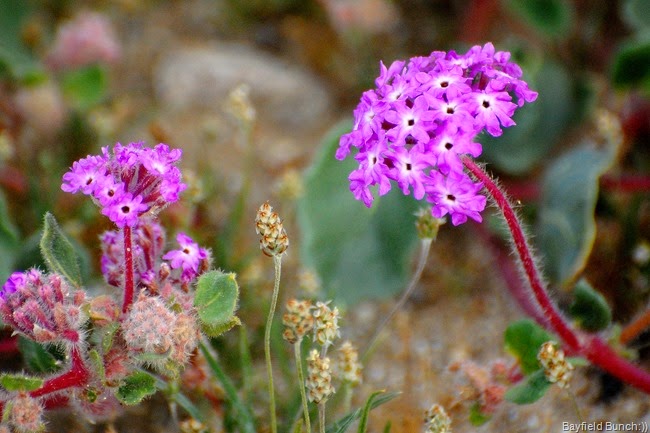 We found ourselves cutting our boondocking trips short this winter for several reasons.  Smaller fresh water & holding tanks for one thing.  We used to get about 2 weeks out of our Damon tanks before we had to consider dumping or taking on fresh water.  Our Class C has smaller tanks.  But the biggest reason was simply by the end of one crowded (for us) week we were already uncomfortable enough & just wanted to head home.  How unlike our other 6 years when we would spend the entire winter boondocking in our 33’ Class A Damon Challenger & got along just fine. 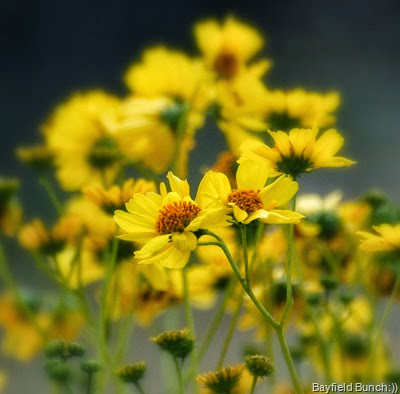 With an added piece of memory foam I found the overhead bunk in our Class C comfortable.  What I hadn’t figured on was the getting up & down from the bunk though.  I just assumed I would be able to skitter up & down the ladder from there with no problem.  Somewhere over the years I’m afraid my skitter has up & skattered.  The clumsy tumble from my bunk one morning made that very clear to me. 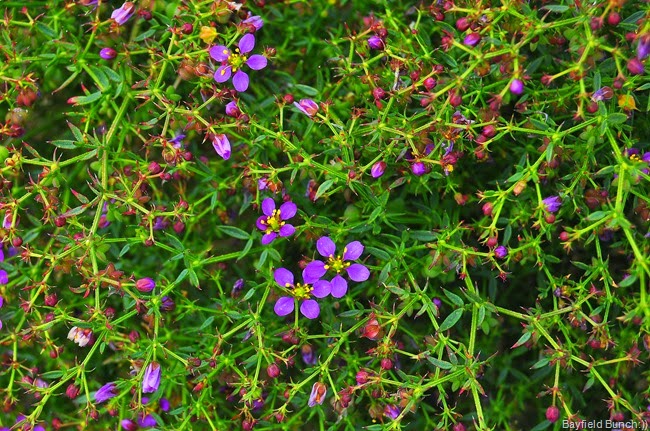 Ever since renovating our Class A Damon in 09 we have never had a proper easy to use dining room table.  You know the kind where you can just walk up, pull out a chair & simply sit down.  Supper time has always been some kind of food balancing act for us with plates resting precariously on laps or laptops & food clinging to shirt sleeves & pants pockets.  I’m tired of trying to wring soup out of my socks.  We do have an easy to set up small table in the Winnie Wagon but found it kind of awkward after a bit & stopped using it.  I did try to get used to sitting in the half turned driver’s seat to do my blog stuff at night but it turned out to just be too uncomfortable after awhile as well.  I really think our Winnie Wagon would be the Cat’s Meow for a single person. 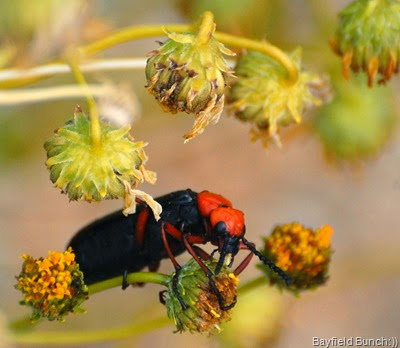 Two people together in a small space for any prolonged period of time has it’s own problems.  Not only do people need their individual space but there has to be enough room for each person to call their own.  And I guess this is where we have become spoiled over time.  Both in Bayfield & here in Congress Kelly & I both have our own coveted space.  And as we have found out, that space is of prime importance to us & if we are going to continue to travel as we plan to do we just have to bite the bullet & accept the fact we have to go back to a Class A Motorhome.  If we are able to set out across Western Canada next September on our way south we realize we not only want but need the room to be comfortable.  Maybe that comfort thing has a little something to do with aging.  I gotta remember I’m 69 & not 29 anymore.

We have poured over hundreds of rigs on-line these past couple months checking floor plans, makes & models, manufacture’s pros & cons, gas vs diesel again, what size would be too big for us & what size would be too small.  Cheaper entry level coach or something better with some quality to it.  Chevy or Ford engine.  Newer as opposed to older.  We wrote out a list of needs, wants, & ‘no ways’ early on.  Drove down to Phoenix about 6 weeks ago looking at rigs.  Checked out some friends Class A’s & had a look at a nice Itasca Suncruiser in Camp Verde about a month ago.  Stopped & looked at others wherever we saw a ‘For Sale’ sign. 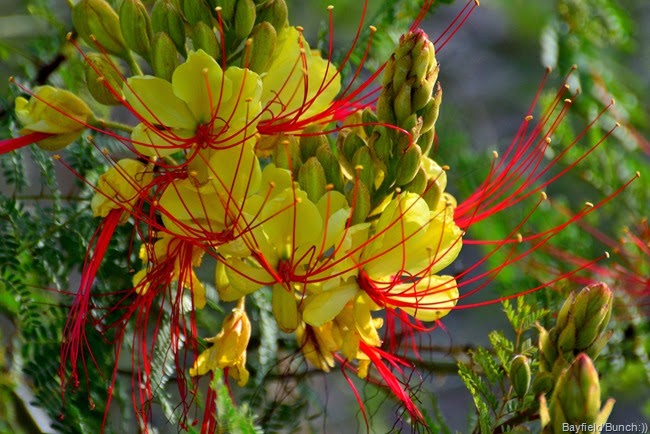 The question in some reader’s minds may be, ‘why not wait until your back in Canada until you think about changing rigs”?  Good question & of course much easier to buy a coach in Canada & basically that is what we have finally decided to do.  We have been in touch with our good friend Ron from FOUR SEASONS PERFORMANCE all along & he has been helping us with suggestions & advice about the pros & cons of different rigs & manufacturers.   We will be talking to Ron further when we get home…………………. 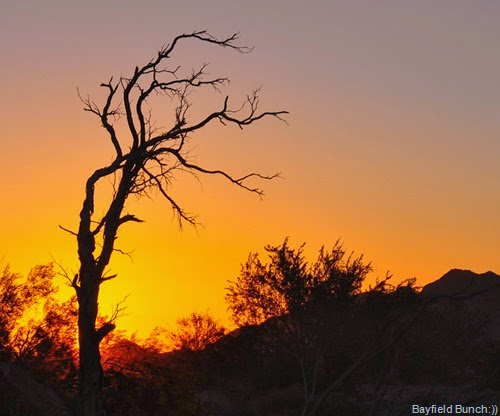 GROANER’S CORNER:((  An elderly man went to his doctor and said, "Doc, I think I'm getting senile. Several times lately, I have forgotten to zip up."
"That's not senility," replied the doctor. "Senility is when you forget to zip down."