PHEEBS HAD AN APPOINTMENT WITH THE VET TODAY 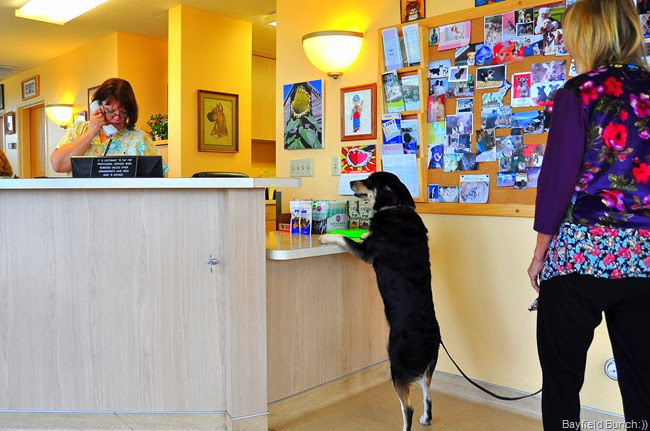 Ahhhhhhhhh shucks folks I won’t need to get out into the sun to tan up my newly exposed face cause I’m all red from blushing now.  Thank you all for your kind & flattering words.  I certainly did not expect that……. 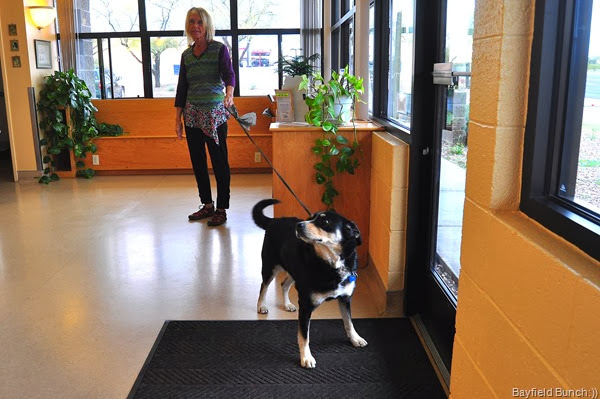 IF I DON’T GET SOME ATTENTION AROUND HERE SOON I’M GOING HOME!!

Not too often we can walk outside at this time of year at 8:30 in the morning in short sleeves but by golly that’s just what we were able to do Monday morning.  Makes for hotter days but I do enjoy the warmer mornings. 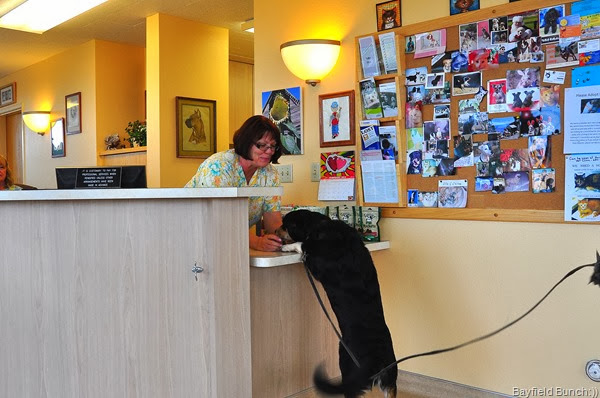 Pheebs had an appointment with the Vet today for her anti-venom Rattlesnake booster shot.  Think it was nearly a month ago when we had her in for the initial shot.  She’s good for a year now.  Had her dew claws trimmed up as well.  She is always such a good little Girl at the Vets.  All the time she was on the examining table her tail was wagging. 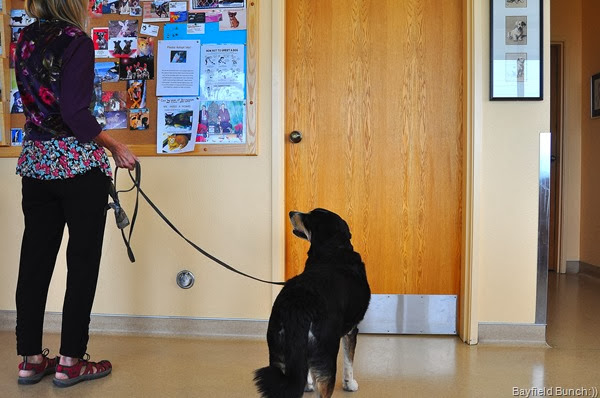 IS THIS THE DOOR THE DOC COMES OUT MOM?

Not having too much luck with the Critter Cam.  First night I had it aimed to high & the only images I got were a couple of a Palo Verde tree’s branches moving in the breeze.  Second night only pic was of my shirt in front of the cam setting it up so it doesn’t look like any critters entered or exited the new hole under our foundation.  Also noticed another new burrowed hole at the front of the house.  I have the cam set up for the hole at the back of the house again tonight.  Gol darn Varmints!! 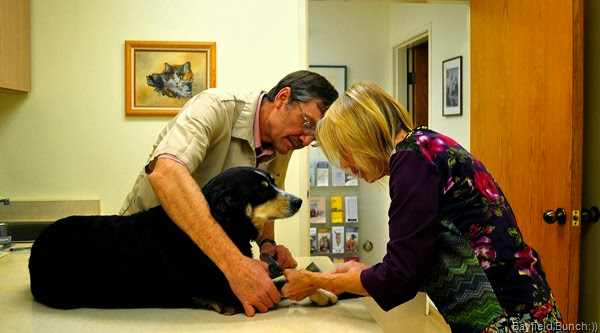 OH DEAR WHAT HAVE I GOT MYSELF INTO THIS TIME

After the Vet we slipped ourselves downtown Wickenburg to pick up some ‘pulled brisket’ from the HOG TROUGH.  Kelly had phoned in the order & we picked it up & took it home. 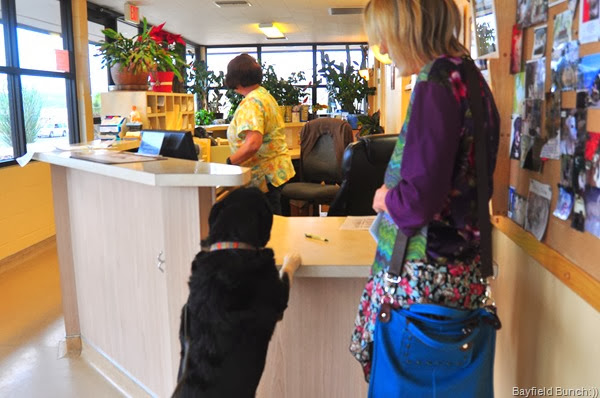 WOW ANOTHER TREAT BEFORE GOING HOME

You can see Kelly’s haircut in today’s photos.  She said when she washes her hair & get’s it fixed up the way she likes it I can take some pics. 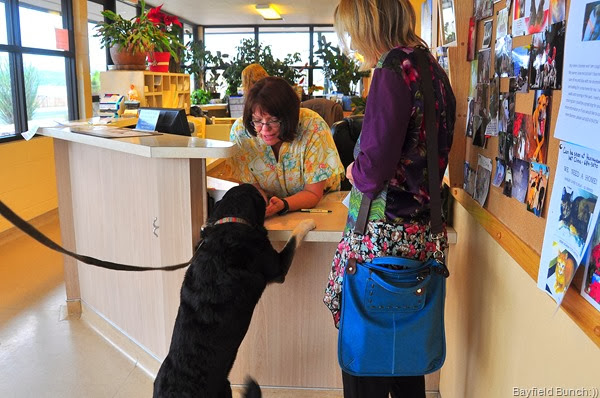 And again thanks to everyone for your kind words.  I’m sure not used to receiving many compliments so it was a pleasantly overwhelming & surprising experience for me to read all your responses to my simple haircut & beard trim.  You are all one big bunch of kind hearted folks & I thank you for that………………………… 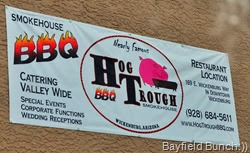 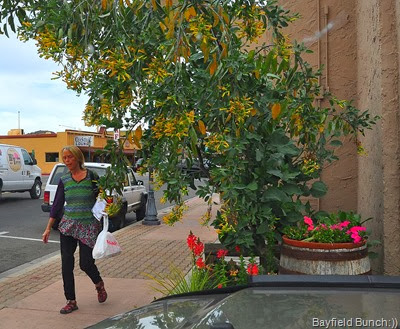 GROANER’S CORNER:(( A pair of chickens walk up to the circulation desk at a public library and say, 'Buk Buk BUK.' The librarian decides that the chickens desire three books, and gives it to them...and the chickens leave shortly thereafter.
Around midday, the two chickens return to the circulation desk quite vexed and say,' Buk Buk BuKKOOK!' The librarian decides that the chickens desire another three books and gives it to them. The chickens leave as before.
The two chickens re-turn to the library in the early afternoon, approach the librarian, looking very annoyed and say, 'Buk Buk Buk Buk Bukkooook!'
The librarian is now a little suspicious of these chickens. She gives them what they request, and decides to follow them. She followed them out of the library, out of the town, and to a park. At this point, she hid behind a tree, not wanting to be seen.
She saw the two chickens throwing the books at a frog in a pond, to which the frog was saying,
"Rrredit, Rrredit, Rrredit..."