‘CANADA DAY’ AS WE MEET OUR CANADIAN NEIGHBOR & A SURPRISE VISIT FROM A COUPLE OF GRAND BEND CANADIANS:)) 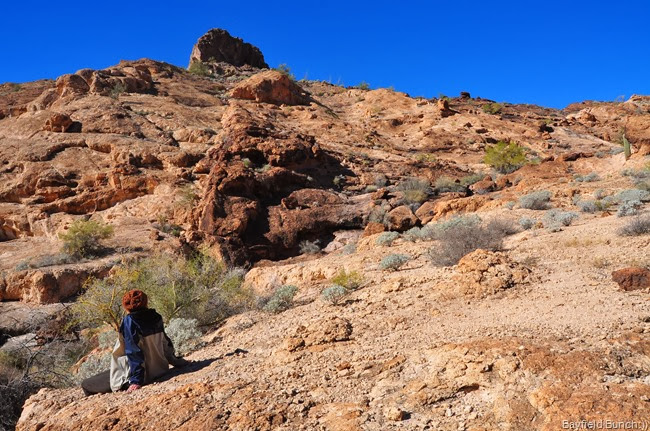 We had us a light rain in the night & I knew that right away when me & my nose stepped out the door this morning.  After a rain the desert takes on an unmistakable sweet smell & it is the Creosote bushes which are mainly responsible for that 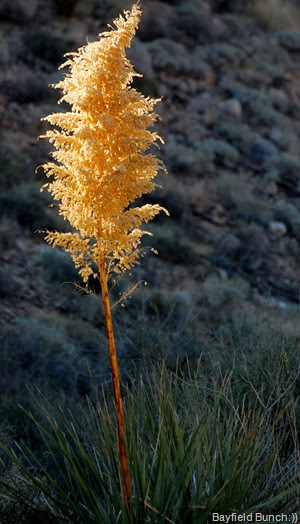 <<< A TALL YUCCA FLOWER IN THE KOFA MOUNTAINS

Under cloudy skies with cooler temperatures again but the weather forecast is for a clearing beginning Saturday with big bright blue sunny skies next week & temps up into the low, mid, & upper 70’s.  About time I’d say because I’m really needing to change up my grumbling from cool & cloudy to hot & sunny.  Actually the skies did begin to clear early this afternoon & we didn’t end up with too bad a day after all.  Hardly even worth me complaining about it. 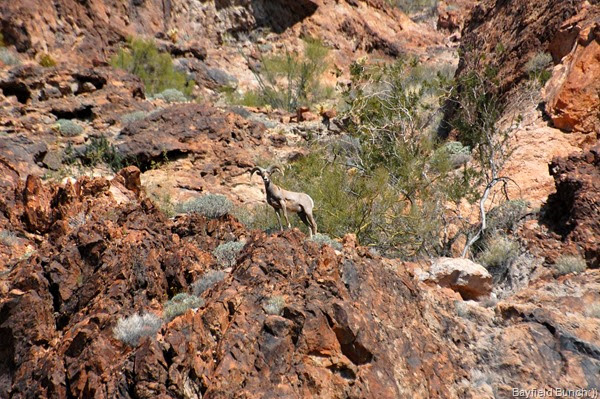 The dust has pretty much settled from our Kofa trip now so it’s on to whatever is happening next which at the moment is not too much.  Like Peter over at AMERICAN TRAVELER said in his post this morning, “Doin’ nothin’ is boring”.  So with that thought in mind I’m going to have to come with something to keep my otherwise idle mind occupied. 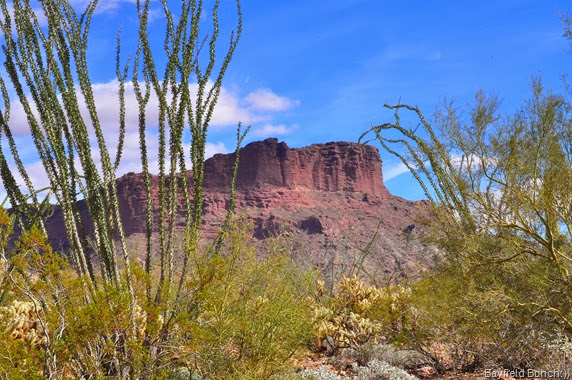 And come up with something I did.  The Jeep was so full of desert dust I had no alternative today but to get the hose & bucket out & give it a wash.  Cleaned up the interior & glass as well.  It’s almost looking too uncomfortably shiny now. 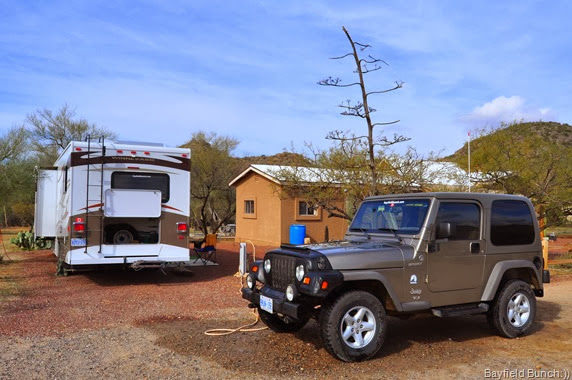 On our walk this morning we noticed someone had dug up a bunch of Aloe Vera plants & chucked them over the fence by the road.  I wasn’t long in getting back there with the Jeep to load em up.  Planted them this afternoon. 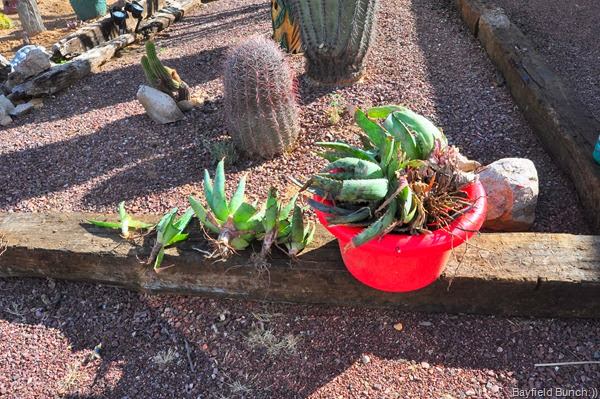 Kelly knew of half a dozen garage sales in Congress this morning so wanted to check them out.  I went along to drive the get-a-way car.  Sometimes I’m in the right mood for garage sales but mostly I’m not.  This morning was a not so stayed in the Jeep at each stop.  Kelly’s total haul was a small plastic lunch cooler & that was it. 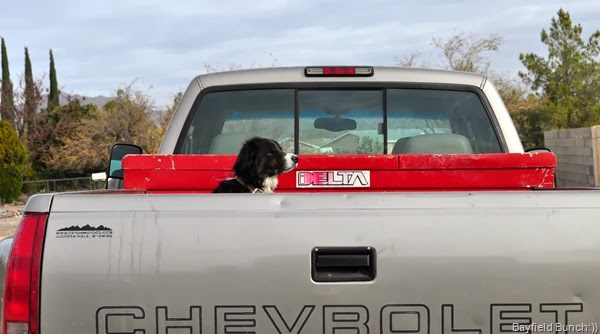 Met our Canadian neighbor Mike for the first time today.  He is the fellow who owns the house & property behind us where I have been cleaning things up a bit.  He & another fellow had shipped their Harley’s from Alberta to Las Vegas & then took a round about bike trip here to Congress.  They had rolled in last week while we were over in the Kofas.  They headed back to Vegas today & will fly from there back to Alberta.  Nice couple of fellows. 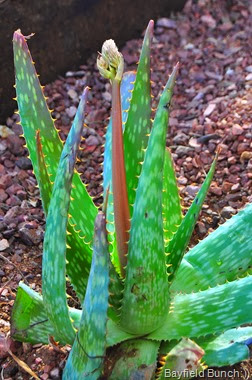 And what a great surprise this afternoon when our good friend Ron Krauter & wife Jan dropped in.  Fellow Canadians, they hang out over in Scottsdale for the winter but Ron had to come over & look at a car for sale in Wickenburg.  Ron & Jan live in Grand Bend near us in Bayfield.  Ron owns & operates FOUR SEASONS PERFORMANCE & that is where we bought our Damon Challenger Motorhome back in April of 2007.  Just a super guy. 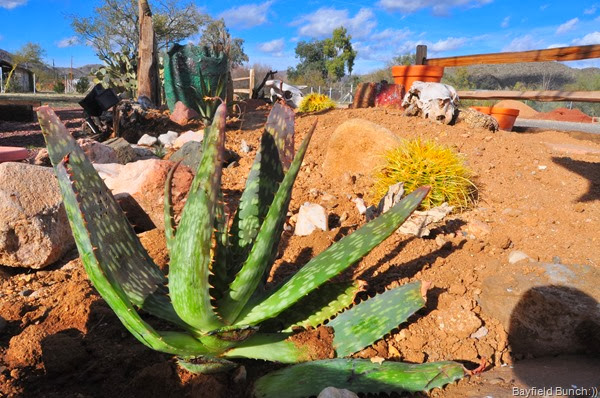 I probably should have explained what a ‘3 zone’ Class A Motorhome floor plan is in Thursday’s post.  The most common Class A floor plan has the living room, dining area, & kitchen all in one large space.  A 3 zone coach has the living room separately located behind the driver’s seat with the kitchen & dining room together in a their own separate area in the middle of the coach.  A short hallway on the rear side of the kitchen leads to the bathroom & bedroom. In effect 3 separate zones.  Advantage of this is the kitchen separation between living room & bedroom which can be a good thing when 2 people need separation due to sleeping habits.  One person may require total silence, complete darkness, & no disturbances while sleeping & the other person may be a late nighter watching TV, listening to music, or practicing the scales on a Saxophone.  Of course this leads up to MERIKAY'S comment question…"Is there some thinking about trading in the Winnie in the air”?  Well maybe someday we might consider doing that but for the time being we just plan to hang tight & Winnie our way along:)) 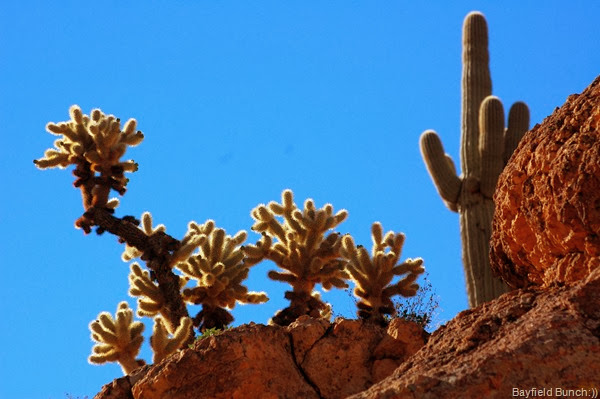 A reader asked about one of my camera straps.  My BLACKRAPID RS-4 camera strap is a beauty & as soon as I hung my Nikon D-40 & heavy 300mm zoom lens on it a year ago I was pleased as punch.  Best & most comfortable camera strap I’ve ever had & I never leave home without it.  Well Okay, sometimes.  What I like is that I can easily swing it out of the way behind me.  It hangs in the same area of my right hip as a 6 gun would (not that I even have a six gun but I’ve watched lots of movies) & I can easily grab it & swing it up into place for quick photos.  Because the strap anchors itself in the tripod mount hole the camera & lens have a tendency to hang with lens pointing down to the ground instead of sticking out & catching on stuff.  This is great for hiking, rock scrambling, or squeezing through narrow places or underbrush. 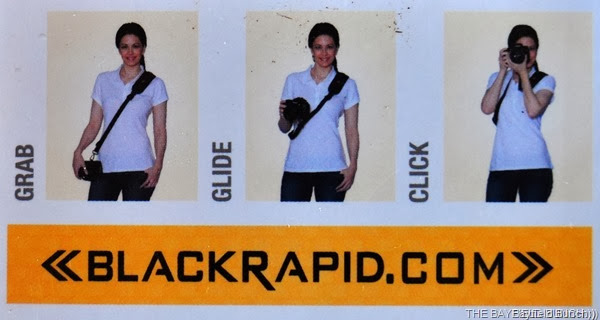 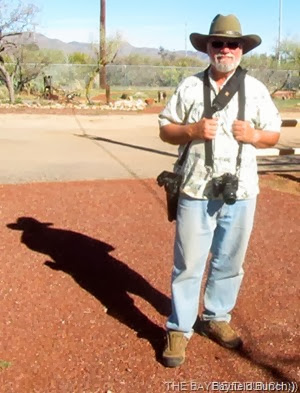 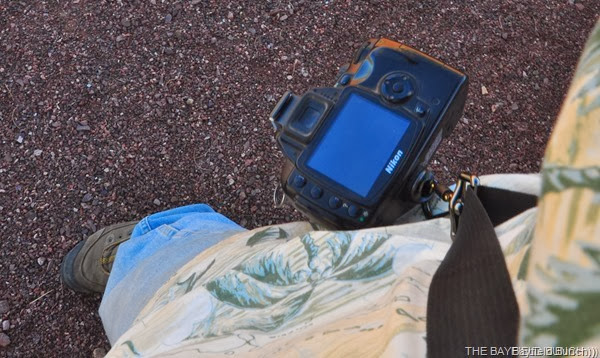 I LIKE HOW CONVENIENTLY IT RIDES ALONG ON MY RIGHT HIP

We will probably head out one of these mornings & see if we can find the location of the WICKENBURG MASSACRE.  Have a good idea in what area to look so the challenge will be in finding the site itself only about a dozen miles South-West from our digs here in Congress. 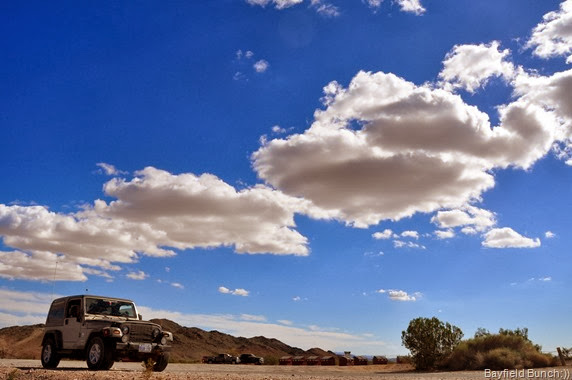 And in the morning we’ll head on down to the big mall megopollis of Surprise Arizona.  I’m needing new PJ’s & of course Kelly has a list of things to look at as well…… 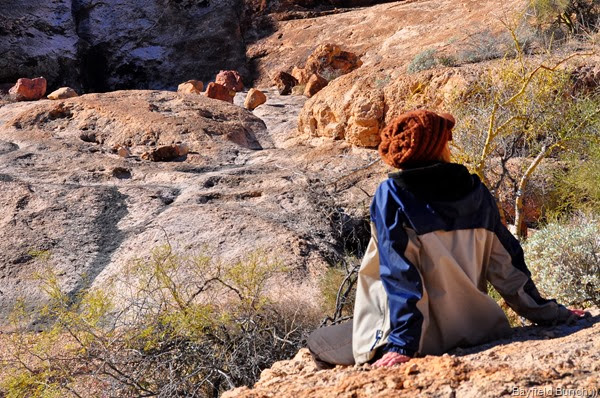