So nice watching a big yellow Arizona Moon rising over Yavapai Counties distant Weaver Mountains these past couple nights.  Throw in a surrounding chorus of unseen Crickets & it makes for a mighty fine ending to yet another series of sunny & warm day’s here in America’s great South-West. 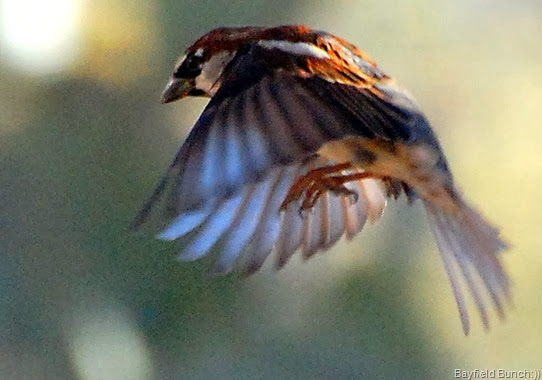 Had ourselves a busy morning scurrying about making things ready for Peter & Leslie’s afternoon arrival.  Got the rig all set up complete with our Sirius Satellite radio boombox.  TV’s ready to go as well with 2 channels.  One’s a weather channel & the other is CBS.  Better than nothing I guess but it’s the Satellite radio that is always top priority for me.  ‘Chill’….channel number 053:)) 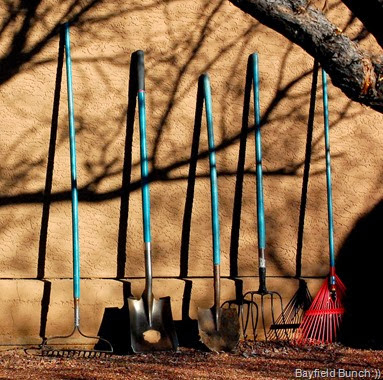 <<< GIVING MY GARDEN TOOLS A REST THIS WEEK

Did myself a couple loads of laundry.  Don’t know what or why it is I like hanging laundry out to dry but but it’s one of life’s little pleasures for me.  To counter-balance that little pleasure…..I hate making my bed!!  Oh, & I don’t like peeling potatoes although up until today it has been many years since I have had to do that.  But there I was this morning standing at the sink under the orders, ‘get those potatoes peeled or else’.  Yes Sir:(( 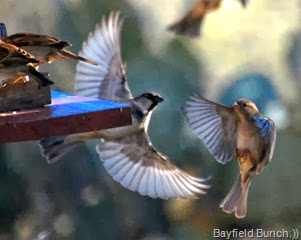 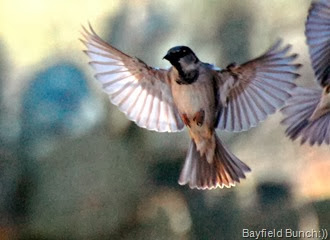 And a few questions to answer…… Yes, Trader Joe’s carries Holly Crap.  We saw the people who came up with that Holy Crap grain cereal idea on Canada’s THE DRAGONS DEN awhile back & they said everyone who tried their mixture in the early days of development said, “Holy **** is that ever good”.  Thus the name was born.  The show is on Canada’s CBC channel.  In America the same but slightly different format show is called SHARK TANK & can be seen on ABC.  Dally does have a natural small tail about a foot long but we have no idea what kind of a breed she is. 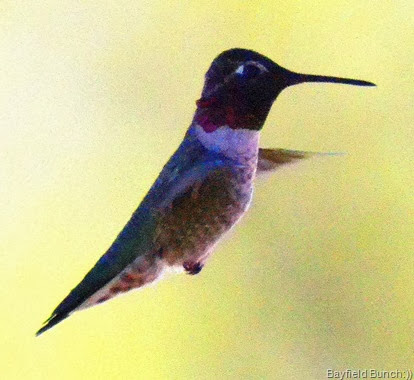 Our company rolled in from Rochester NY via Las Vegas Nevada about 5:30.  They spent the last couple days hiking around Red Rock Canyon, walking ‘The Strip’ took in the Blue Man Group show & today did Hoover Dam before heading for Congress. KELLY’S BROTHER PETER STEPS OUT OF THEIR RENTAL SUV 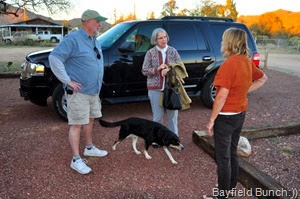 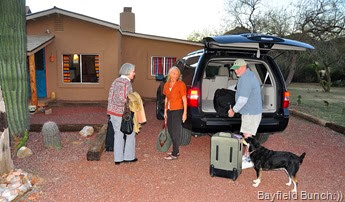 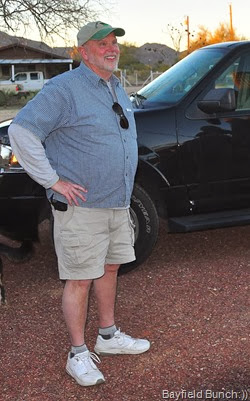 Kelly had whooped up scalloped potatoes & ham for supper. (remember I’m the guy who peeled the potatoes) Nice to see Leslie & Peter again.  Last time we saw them was when they brought Kelly’s Mom up to Bayfield from Spencerport NY last summer.  They will be with us for a week & are looking forward to some good old rest & relaxation while here.  They just toughed out all that bitterly cold weather & snow storms in Rochester last week & are so looking forward to sunny days & warm temperatures.  And it looks like that is just what we are in for over the next week while they are here.  Nice when the weather co-operates & things work out like that…… 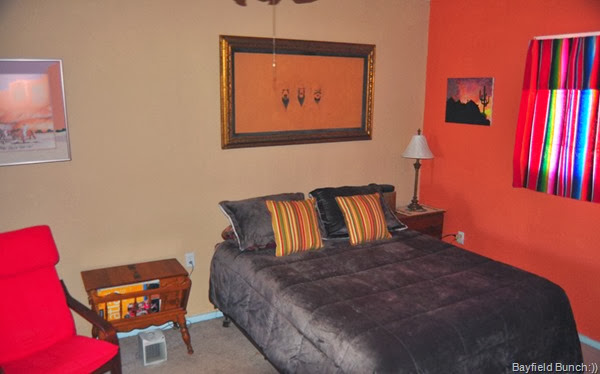 Thanks to the folks who sent in their comments about what color to paint our front door.  All great suggestions & a few of them we had thought about ourselves & a few others have us thinking outside the box.  And while I’m at it let me once again thank all our readers for their comments, shouts, & emails each & every day.  It is those welcome feedbacks which is at the very heart of me keeping my blog going.  I greatly appreciate all your support & encouragement.  And that includes all you lurkers too:)) 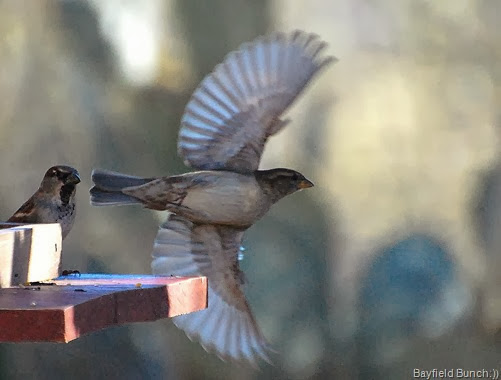 GROANER’S CORNER:((  My husband's skills with do-it-yourself home repairs are at best mediocre.
After spending several evenings trying to fix a leak in the bathroom, he finally admitted defeat and called a plumber, who finished the job in ten minutes.
Watching him put away his equipment, my son asked what had been the problem.
"Well," the plumber replied, "seems that your father got hold of some tools..."