THE PAST FEW DAYS 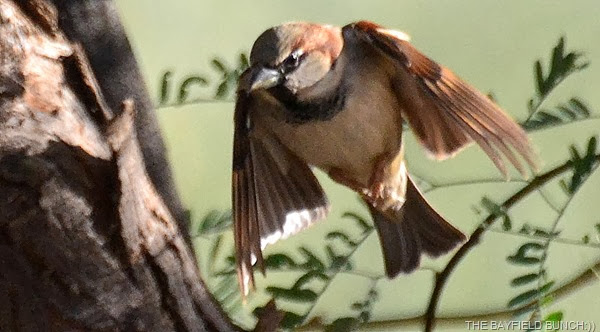 THEY BETTER NOT HAVE EATEN ALL THE SEEDS BEFORE I GET THERE OR ELSE!!

Our days have been rather quiet.  Usual stuff.  Kelly cleaned the rig’s interior while I have two thirds of the outside washed.  Kelly did a bunch of house cleaning while I burnt up a bunch of last months brush.  Working on a cactus garden at the front of the house as well.  Weather has really cooled off & I have been spending time in my recliner just curled up under a warm blanket watching television.  Just hadn’t been able to get myself interested in blogging the past couple days.  Flat lined with Blogger’s Block I first figured but it actually went a little deeper than that.  Really enjoyed our time in California’s Anza-Borrego area last week & I feel that may have been a part of my post-depression blues after we arrived back in Congress . 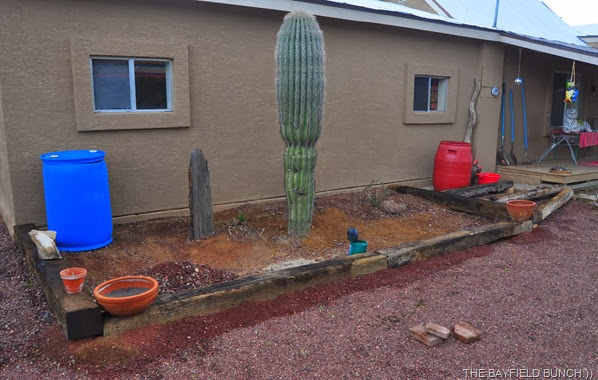 WORKING AWAY AT BUILDING THIS CACTUS GARDEN UP WITH DIRT

When Kelly mentioned this morning about a number of comments in our Shout Box expressing concern I figured I had better get myself out of the rut I have been for a couple days.  And then Aunt Jean called from Florida expressing her concern as well & half an hour later the Sarge (John & Jackie) was at our door to see if we were alright.  So, guess I got some splaining to do……… 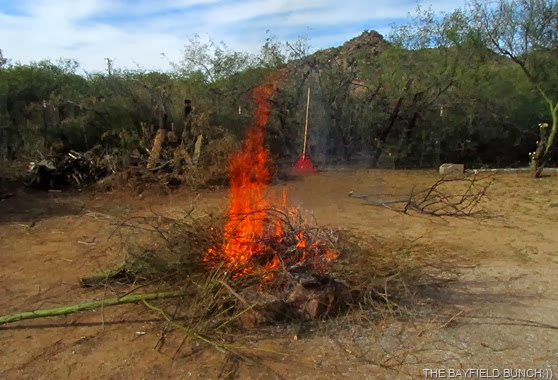 First & foremost…..Kelly is fine & feeling great.  None of the negative medical symptoms that were plaguing her so badly last Spring & Summer have returned.  Both her mental & physical energies are up to par.  But we did end up at the Wickenburg Hospital & a medical center walk-in clinic later today.  More about that later in the post.

I have talked about depression before in my posts & how it sometimes affects me.  It is something I deal with most noticeably when we return home to Canada after our 6 months away in the South-West.  As a rule we are generally more active in the winter months & that always goes a long way in keeping my depression at bay.  We always seem to have things going on & we are traveling to places & seeing things.  That’s a ‘biggy’ for me, keeps my mind occupied & focuses my attention on positive, constructive, & creative things.  Gives me new ideas to write about, new photos to take.  Our week on the road to Slab City & Borrego Springs was sooooo enjoyable our return to Congress & my unexpected backslide caught me by complete surprise.  Wrote a couple short posts but my usual enthusiasm for blogging was just not up to snuff.  Depression snuck up on me & I was down the tubes before I recognized the tell-tale signs.  And there are always tell-tale signs.  Loss of interest in things is a biggy.  I wrote a couple short posts because my heart wasn’t into it.  That was a sign.  Leaving my cameras behind on our morning walks for 2 day’s in a row was another.  Couldn’t get myself interested in my gardening projects either.  And when I end up sitting in a chair for hours upon hours just watching television it’s pretty clear where my mind has gone.  Hard part is to get oneself out of it.  No easy feat most times. 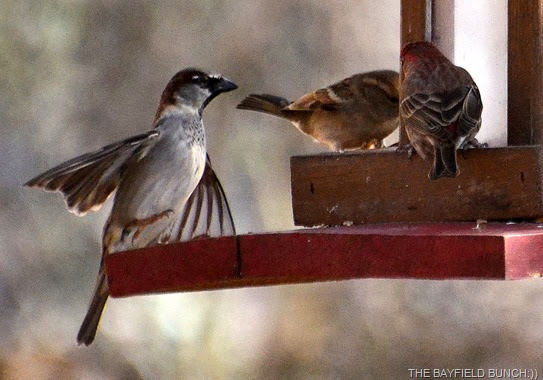 There have been times in the past where I have felt myself slipping & posted a note on my blog & simply said something to the effect, ‘no post tonight, taking a break’ or ‘everything’s fine, be back to tomorrow’.  But this time I just sunk into the mud too fast, shut my computer down, & the only thing I booted it up for a couple times was to check the ‘Obituaries’ back home.  Of course nothing unusual about that…..most, if not all of us folks at this age & stage of the game are in the daily habit of checking our hometown obit column to see if friends & acquaintances are still with us. 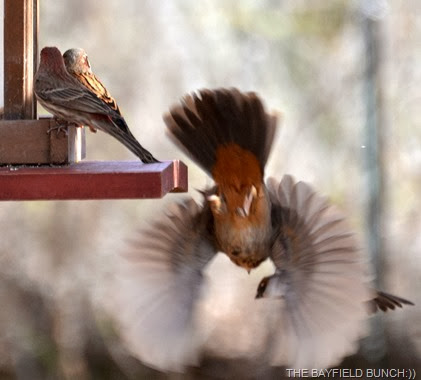 It’s been awhile since I dedicated most of my post to personal thoughts & feelings but felt today my absence over the past couple days warranted an explanation.  I have been making an effort to keep my posts on a somewhat upbeat scale this last while but it is hard for me to keep my feelings under wraps when I openly wear them on my sleeve.  There are folks out here who are able to do just that but I have never been one to hold in my feelings when it comes to my blog.  Whether I’m mad, glad, happy or sad it is going to show up in my posts.  It’s what makes my blog what it is & me who I am.  But occasionally even I manage to get my own self down.  As I have said before several times I am my own worst critic & when my self doubt takes a tumble I go down on the heavy side.  My blog usually bears the brunt of my criticism simply because it is a big part of who I am. 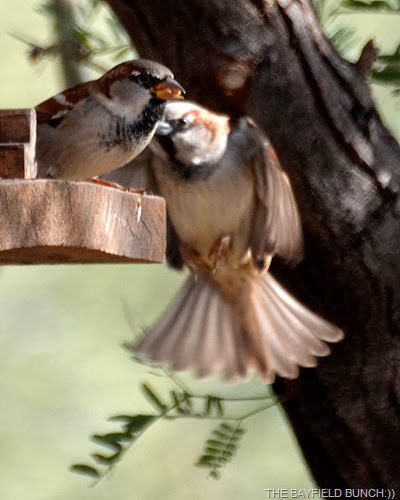 Unlike some folks I am not able to gloss things over or not mention anything about how I’m feeling.  I can’t sit at my computer each night & write about how awesomely wonderful my perfectly splendid day was.  I do not perceive the reality of life like that therefore I do not write like that.  I enjoy the challenge of writing a post every day but there are times when I just can’t quite bend down far enough to pull up my own boot straps.  But life’s experience has shown me this is normal with everyone I have ever met.  Even those wishing to project an image of blissful & wondrous perfection.

Well that’s about enough of that.  Just a few more things off my chest.  Want to thank folks in the Shout Box & emails for their concerns.  Aunt Jean calling from Florida & Sarge at the door kinda brought my head around & my day picked up from there.  My apologies for causing people concern.  One last thing though….I offer up a small defense for myself.  Since switching from a part time Blogger to a daily Blogger back in December of 2008 I think this was the first time I ever missed posting a blog 2 days in a row.  I’ve probably missed 7 or 8 days in the past 5  years but never 2 days in a row.  Not that I can remember anyway…………. 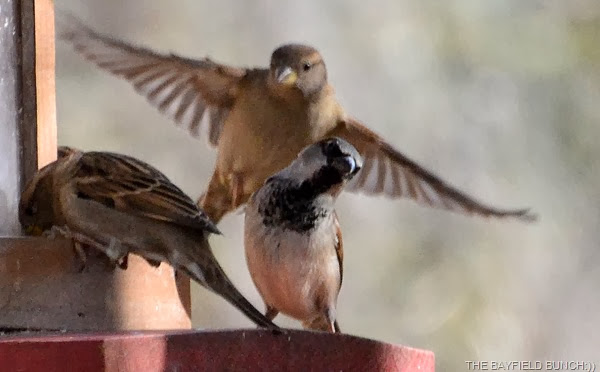 DID YOU SAY LOOK BEHIND ME?? 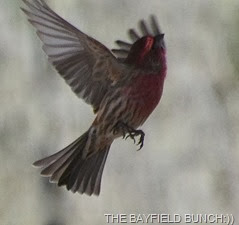 HI HANDSOME, HOW D’YA LIKE MY WINGS?…AND OFF INTO THE WILD BLUE YONDER

Now back to today……….Kelly’s Bayfield Doctor told her she needed to have monthly blood tests to monitor her liver enzyme condition while away & that was something that could be done here in the States.  We had groceries & a few other errands today so it was off to the Wickenburg Hospital we went.  I waited outside while Kelly slipped into the hospital.  She was back 20 minutes later & discouraged.  They wanted $500 to do that blood test…………but there was a bright side.  A lady there quietly took Kelly aside & told her that particular test could be done a lot cheaper at either one of two private medical clinics just blocks away in downtown Wickenburg.  And that lady was right.  With directions we soon found the WHA Clinic & Kelly went in.  Twenty minutes later she was back & this time she had a smile on her face.  Not only had she already had the blood test done but the cost was only $60.  She will have the results Friday & the Clinic will fax them directly to Kelly’s Doctor in Canada.  That was the first of two breaks we caught today.

WICKENBURG HOSPITAL…KELLY SAID IT WAS REALLY NICE INSIDE 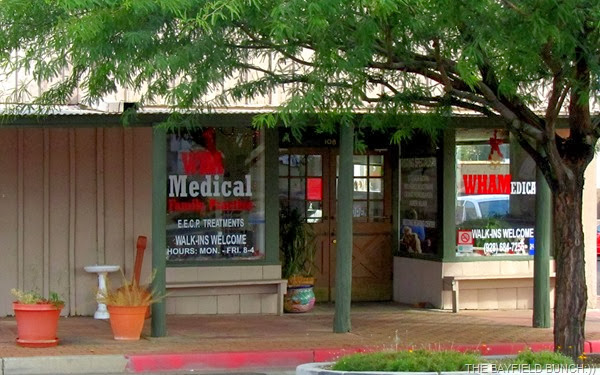 Second break occurred at the Safeway grocery store.  Kelly snagged a 23 pound fresh Turkey for $7.99.  Turkey had been ordered by a customer who failed to show & pick it up.  Meat department had just placed the turkey in the meat display cooler when Kelly came along & spotted it at the greatly reduced price.  We both like Turkey so you know what we will be eating for the next 2 weeks.  We wrapped up a few more errands in Wickenburg & were home about 2 p.m.  Skies had finally cleared from this mornings heavy overcast & rain. 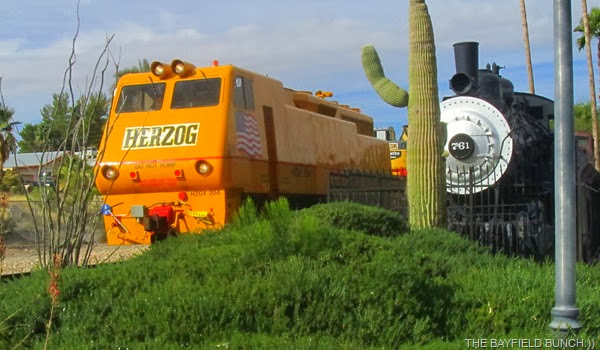 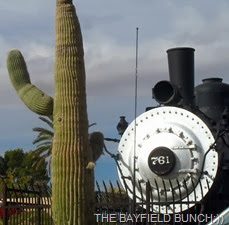 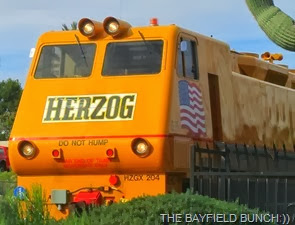 A FEW SITES ACROSS THE ROAD FROM THE MEDICAL CLINIC TODAY 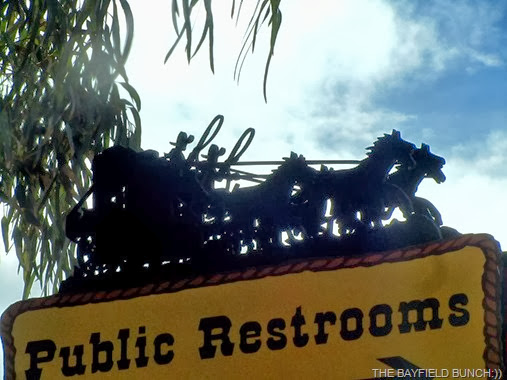 NO WONDER THAT STAGECOACH IS IN A HURRY

Happy to say our Skunk problem seems to be over.  The Critter Cam has not picked up any more activity & no more Skunks have been caught.  Looks like 3 it was.  I set Les’s 2 live traps aside & with a few heavy cement blocks sealed up that large square hole in our foundation.  Hopefully that is the end of our Skunk problem.

Also happy to see Frederick Church from TRAVELS IN RETIREMENT has joined us all the way from New Zealand.  Thanks for stopping by Frederick & all the best in your retirement & fulltime RV travels way over there on the other side of the world. 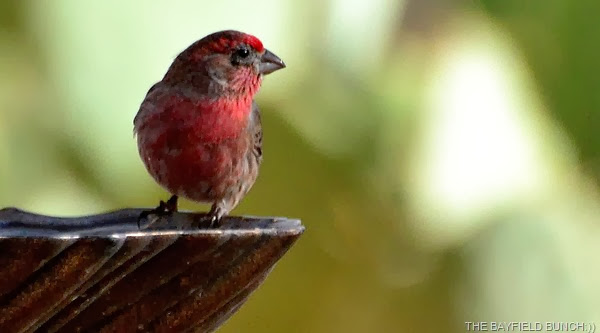