OUR PINE PORCH POSTS ARE IN PLACE 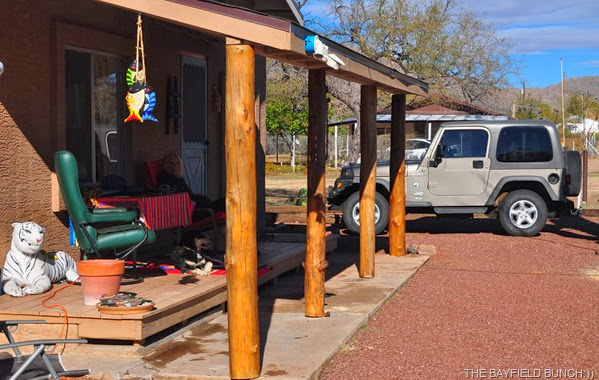 OUR PINE POSTS ARE IN

Not often our cell phone rings but it did this morning around 9.   It was Les saying he would be over shortly to put our porch posts up.  Ten minutes later he was here & right at it.  Porch roof jacked up, measurements taken, posts cut to exact length, old posts out & new posts in.  An hour later the job was done.  Les is a fast efficient worker & it was a pleasure for me to help him a wee bit.  Key words there were, ‘a wee bit’.  Sometimes there is a fine line between helping someone a wee bit or just getting in the way.  I tried not to be in the way. 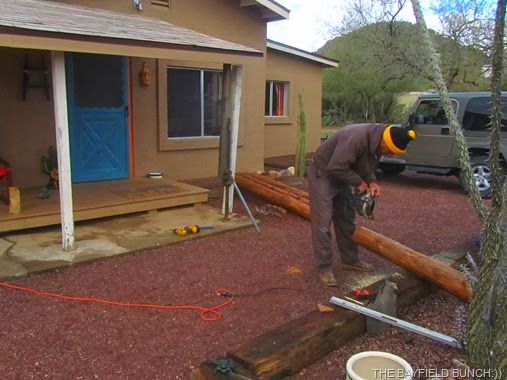 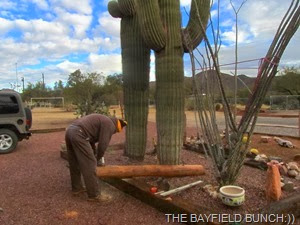 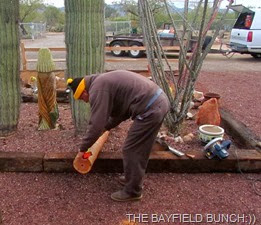 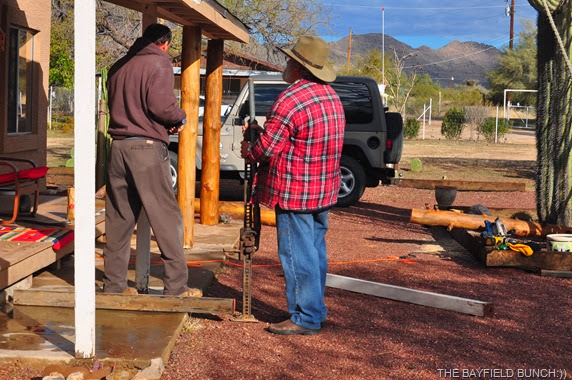 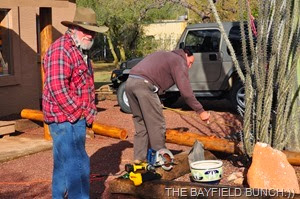 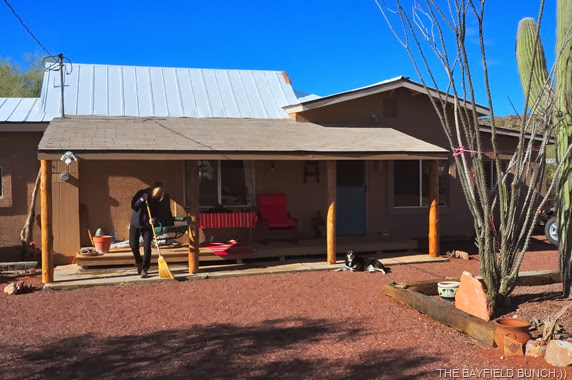 In the New Year sometime Les is going to make us a couple wood doors for our aluminum garden shed.  The current 2 doors are in pretty grim shape.  That should pretty much complete this winter’s main house projects here in Congress.

CLOUDS HUNG LOW IN THE WICKENBURG MOUNTAINS THIS MORNING 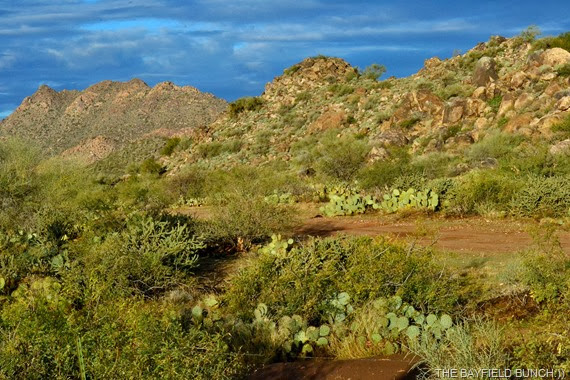 WE LOVE OUR GREEN DESERT 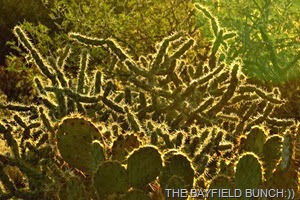 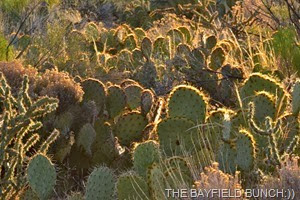 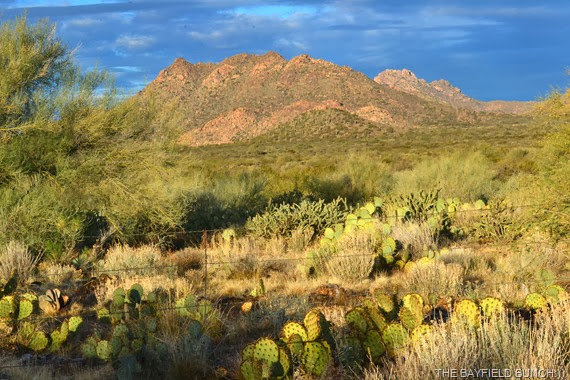 Liked Randy’s thoughts from THE ROAD RUNNER CHRONICLES  when he wrote about BLOG REASONS.  I always find it interesting to read other Blogger’s thoughts on how & why they write their posts. 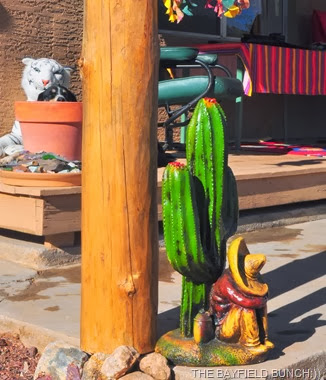 Commenter Phil had a few questions regarding communications.  Our satellite TV is Shaw Direct which comes out of Canada.  Our cell phone provider is Bell Telephone also out of Canada & for Internet we use Verizon.  There are other Internet providers but where we are located in Congress AZ Verizon seems to work the best for us. Verizon service is much improved since we first came here in March of 2012.  Not smoking hot by any means but it’s adequate for our needs most of the time.

Don in our Shout Box asked, “Did you all train Pheebs or was she trained when she adopted you”?  About the only thing we noticed Pheebs was trained to do was come if we whistled while on walks.  I’ve since changed that to a couple hand claps.  She learns quickly & seems able to figure things out.  We hardly have to explain anything to her, she just seems to know things. She is not an aggressive Alpha type dog & that is a huge help in itself.  Very passive & very caring.  We were just talking a couple night’s ago about how lucky we were to have found her a couple years ago.  We almost didn’t.  We had been so focused on getting another dog in St. Thomas that we didn’t pay a lot of attention to a phone call from our Vet saying he knew of a dog needing a good home.  When we received an email saying the St. Thomas dog was going to another home we remembered our Vet’s phone call.  And the rest is happy Bayfield Bunch history…………….:)) 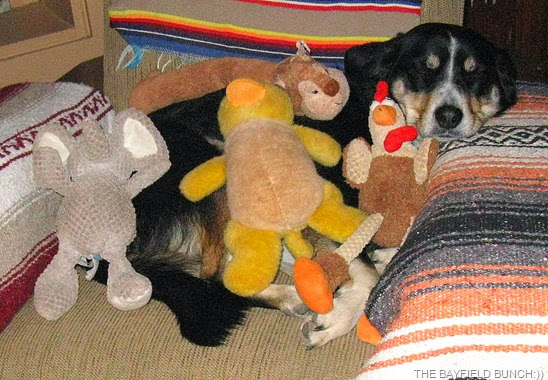 GROANER’S CORNER:((  Every Christmas morning, when my kids were little, I read them the nativity story out of the big family bible.  When my son was old enough to talk, he asked me what a stable was.  I thought for a moment how to explain it to him in terms he could understand, then told him, "It's something like your sister's room, but without a stereo."

Twinkle Twinkle chocolate bar
Santa drives a rusty car
Press the starter
Press the choke
Off he goes in a cloud of smoke!