HAD OURSELVES A PLEASURABLE CHRISTMAS EXPERIENCE TONIGHT 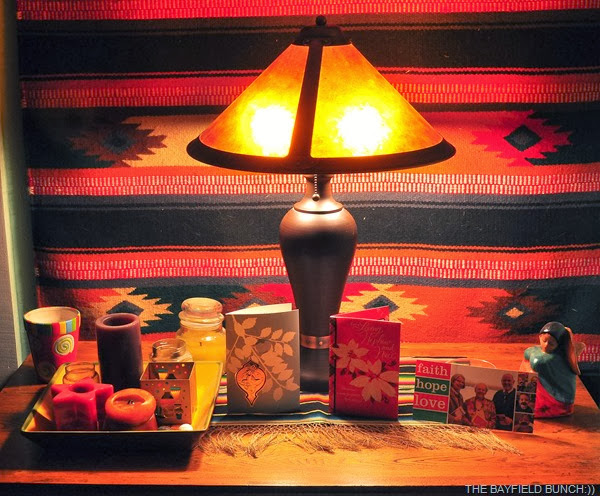 A VERY MERRY CHRISTMAS TO EVERYONE

Kelly thought she heard some scratching under our front porch Sunday evening.  When Pheebs & I went out Pheebs right away detected something & scurried around the porch sniffing & looking underneath.  I grabbed a flashlight & got down on the cement but could not see anything in the 9” space under the porch.  That called for the ‘Critter Cam’ & I attached it to one of the porch posts for the night.  Checking the Cam this morning I see the only Critters our camera caught were the resident Critters in their PJ’s & house coats:(( 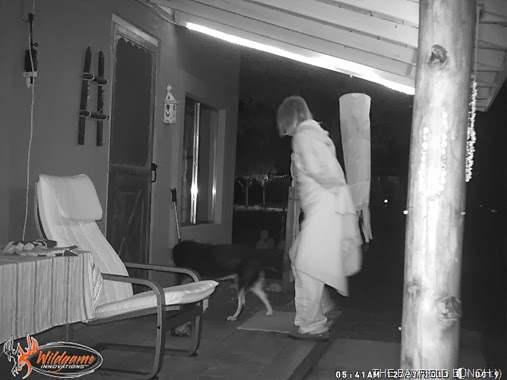 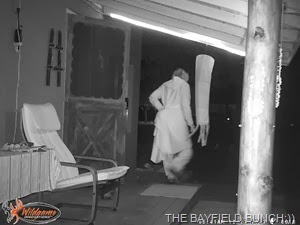 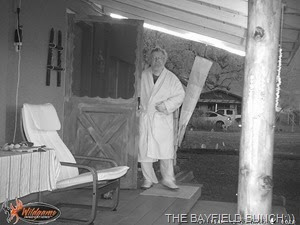 Looks like I am not the only one who doubts his abilities when it comes to fixing things or tackling mechanical issues.  With a track record like mine it is not too encouraging when I sometimes attempt things that try my patience.  Fortunately we here at the Bayfield Bunch have Kelly.  For RV’ers traveling alone they do not have back-up & have no choice but to do things by themselves best they can.  Barney THE OLD FAT MAN just tackled the job of changing the anode rod in his water heater.  His thought process moving through this job sounded soooooo familiar……. 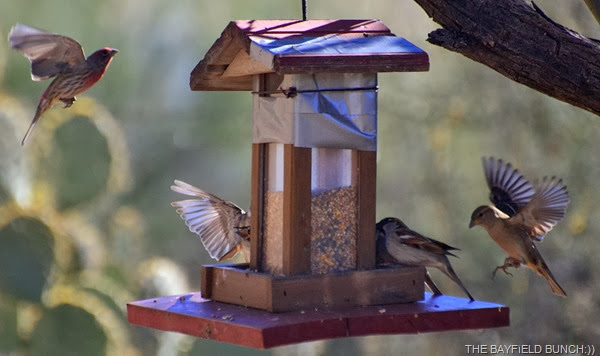 Ever notice how projects YOU yourself think of always seem to be more acceptable, interesting, & enjoyable than those projects thought up by someone else for you to do.  Now why is that anyway??  D’ya suppose it might have something to do with not liking being told what to do Guys? 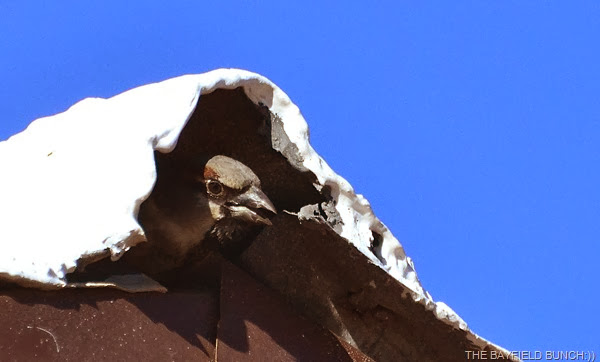 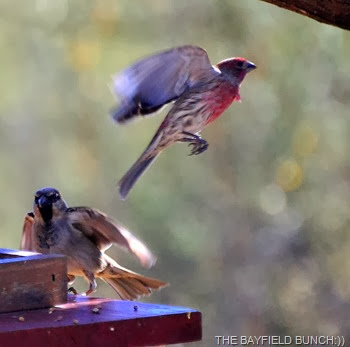 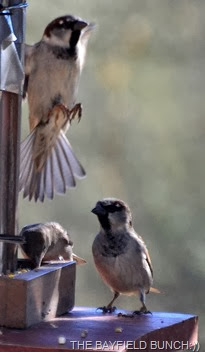 IT WAS A DAY OF GRACEFUL TAKE-OFFS & IFFY LANDINGS 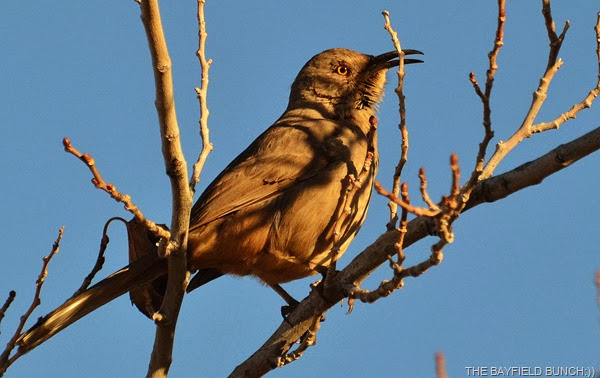 ALWAYS A WATCHFUL EYE ON THE CURVE BILL THRASHERS

A few days ago Peter & Bea at AMERICAN TRAVELER left Campobello Island with van & travel trailer heading for Florida.  First day went fine but then came the second, third, & fourth days.  With post titles like, 13 HOURS ON THE ROAD BUT NYC WAS HELL - IF NYC IS HELL WHAT IS WASHINGTON DC? - FLAP FLAP FLAP FLAP....OH...WHAT A DAY one can only imagine the time they are having.  Did I mention they got stuck too……Oh Dear & they may not even be to Florida yet:(( 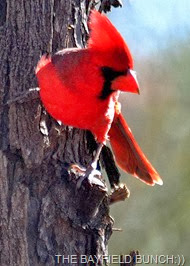 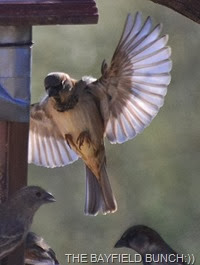 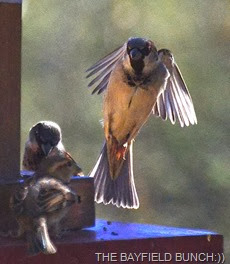 Bruce, the fellow who keeps an eye on our place in Bayfield while we are away sent us a few pics this morning in the aftermath of a snow & ice storm that swept through the area.  I saw right away that my bird station was broken & tilted downwards.  Probably a combination of ice, snow, & aging wood.  And most likely some faulty construction along the way too:(( 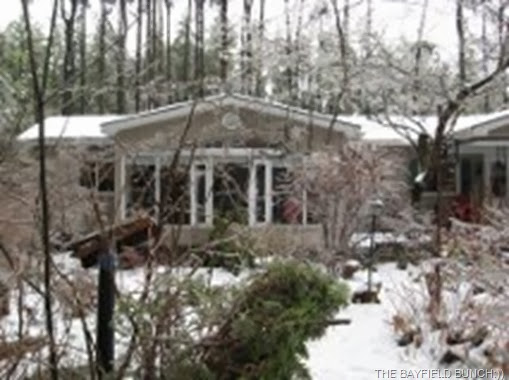 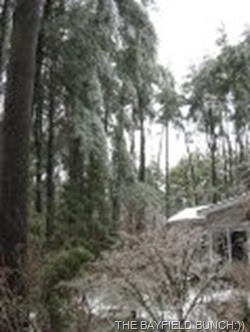 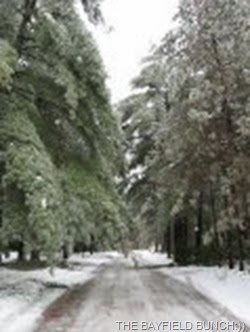 Stained a couple small wooden tables this morning, packed a few things in the rig & that was about it for me today.  Seemed to be a little low in the energy department.  Haven’t decided where we are headed or when we’re leaving yet but we pretty well have the Winnie Wagon loaded up & ready to rumble.  Kelly had a hair appointment in Wickenburg early this afternoon so Pheebs & I held the Fort here at home. 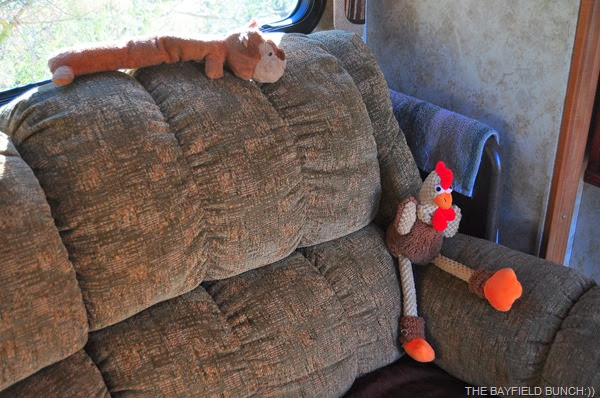 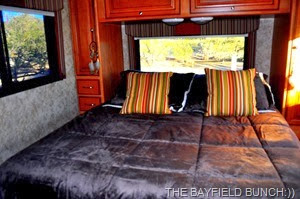 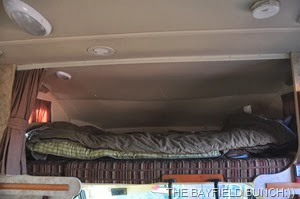 And a surprise tonight.  Well not exactly a surprise but it is the first time we have ever had a group of folks come to our house singing Christmas Carols.  Les, the fellow who has been a big help to us this year asked if he could bring a group of Caroler’s over from his Church.  They do this every year & it is their Mennonite way of spreading the Gospel.  The surprise came when Les included us on their Christmas tour of folks to drop by & sing for.  A very memorable & pleasant 15 minutes as they sang 5 Christmas Carols for us. 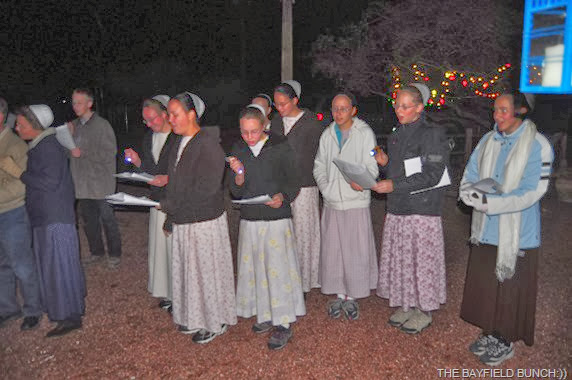 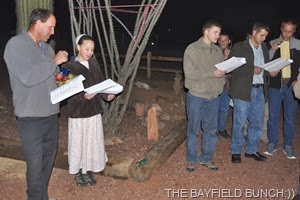 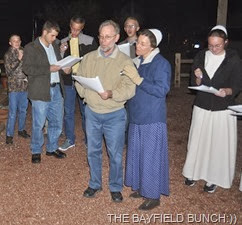 THAT’S LES IN THE GRAY SWEATER AT THE LEFT 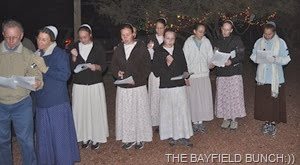 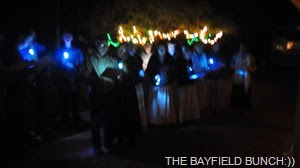 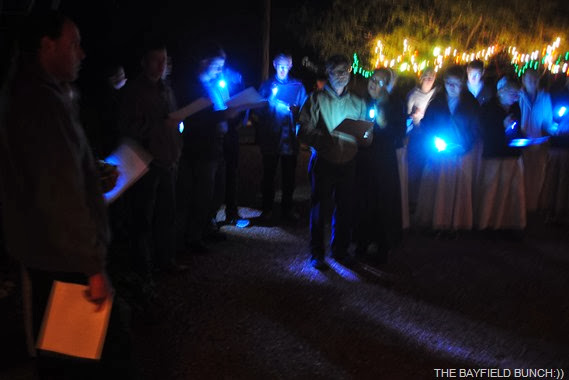 GROANER’S CORNER:(( T'was the night before Christmas and all through the house, not a creature was stirring, not even a mouse. The stockings were hung by the chimney with care. They'd been worn all week and needed the air.