WOULD YOU BELIEVE SKUNK NUMBER 3

Well I’ll be darned if we didn’t catch Skunk number 3 last night.  What is this place….Skunk central!!  No Critter Cam pics because I had to bring the cam in due to the thunderstorm.  It was still raining when I went to bed.  Les was in again this morning & picked up the Skunk.  He will re-set the live trap again Monday night.  Still no TV first thing this morning but I couldn’t go out & adjust the satellite dish.  Why?  Because the satellite dish on it’s tripod was about 5 feet away from the Skunk cage:(( 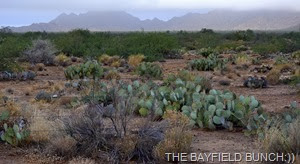 After the Skunk was gone I did check out the dish & found one of the tripod legs had sunk in the mud enough to tilt the satellite dish away from the satellite.  Leveled the tripod, panned the dish slightly to the East & ‘Walla’ we were back on target.  Problem solved. 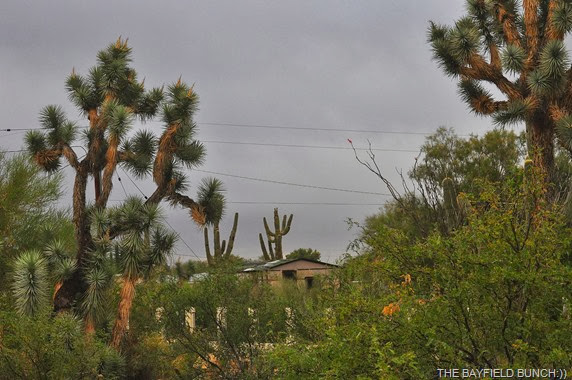 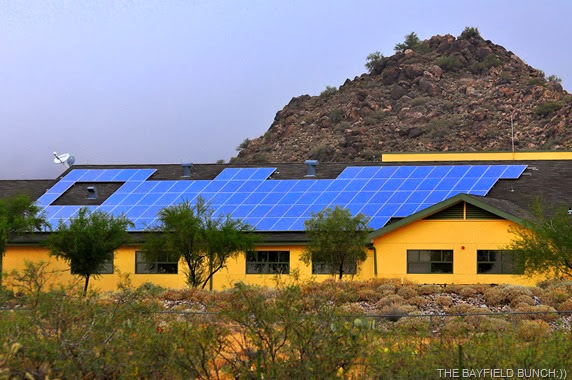 NOT A LOT OF SOLAR POWER FOR CONGRESS’S SCHOOL TODAY 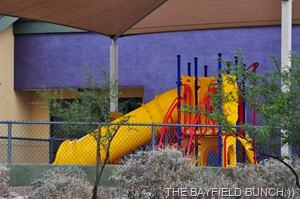 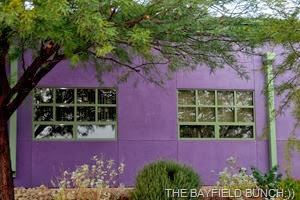 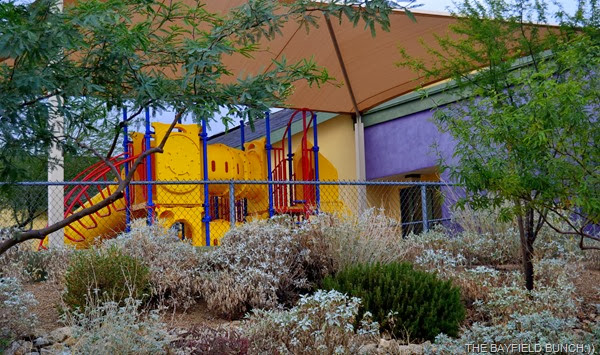 HAVE ALWAYS LIKED THE COLOR COMBINATIONS CONGRESS CHOSE FOR THEIR SCHOOL

I know the time stamp on my published blog each night is confusing & that is because of the time zone change.  We are 3 hours different from Ontario.  If I publish my post at 9:30 p.m. now it will show as 12:30 a.m the following day.  Not only confusing to you but confusing to me as well.  Maybe that had something to do with me losing a day this past week:(( 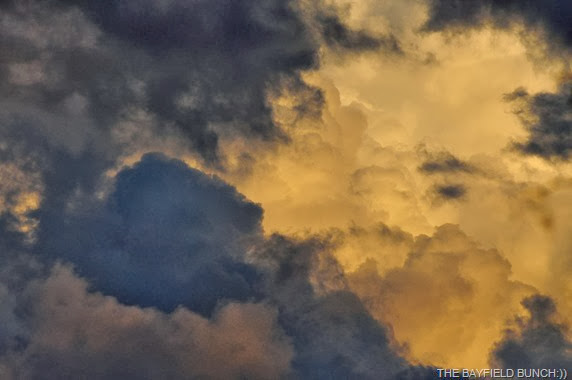 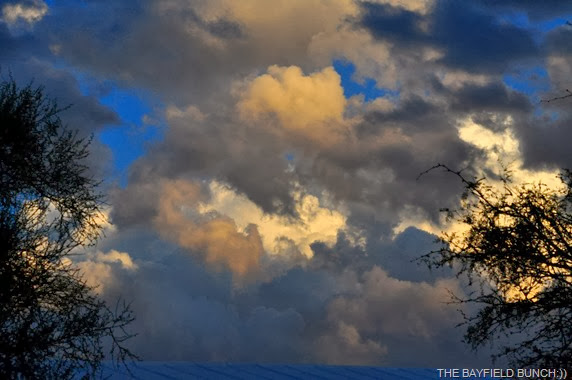 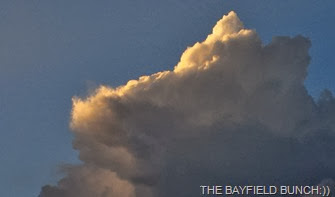 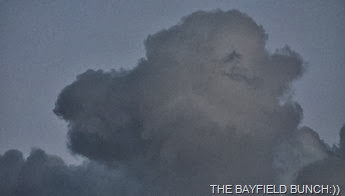 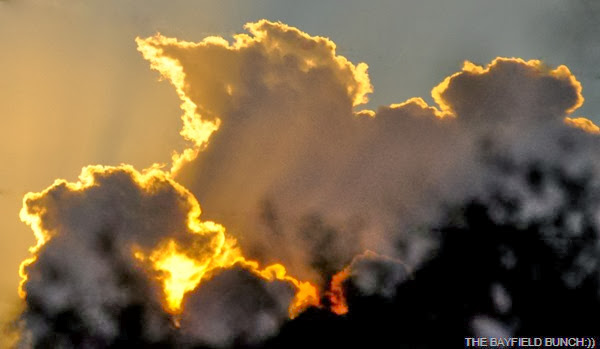 LOOK CAREFULLY FOR THE GORILLA HEAD PROFILE ON THE LEFT…THE HIGHEST ROCK POINT IS THE TOP OF THE GORILLAS HEAD & HE IS LOOKING TO THE RIGHT…HE HAS AN EAR, EYE, NOSE, & MOUTH

First order of business this morning was to move all the porch furniture out of the living room & back onto the porch.  Our porch is covered but raindrops somehow sling themselves in towards the house.  I suppose the wind sometimes helps too. 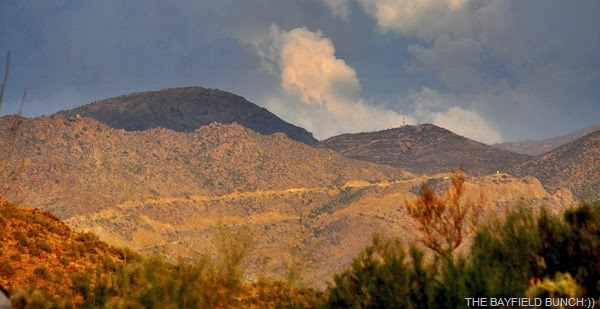 Love the smell after a desert rain.  Kind of a sweet pungent aroma in the air.  Have smelled that before & especially one time over in Borrego Springs where they have a lot Creosote bushes at the Clark Dry Lake Bed.  Coincidentally we had just talked to Les about Creosote bushes on Friday.  He recommended them as something we can grow here with little effort so is picking a couple up for us next week.  Mark over at BOX CANYON BLOG mentioned them in a comment as well.  For all you boondocking enthusiasts like ourselves you might want to check out MARK'S LATEST POST & see what him & the BOONSTER are proposing for like minded folks who enjoy the great outdoors.  Always interesting reading & fine photos on Mark’s blog. 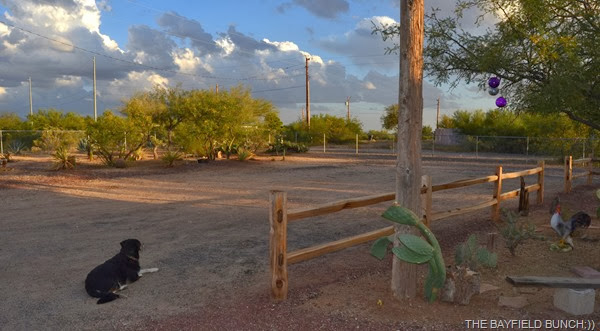 No dirt pick ups today.  Kelly headed off to Wickenburg for groceries this morning so I took the trailer off the Jeep.   Finished tidying up around the new flower beds.  Wheel barrowed some stones around here & there & trimmed the tops off some tall Mesquite trees in the back yard so we can see the sunsets better.  Trees had never been trimmed so it was quite a struggle to cut a swath through a mess of prickly underbrush to get at the tall branches.  By 3 this afternoon I had again used up all my daily allotment of energy units & had to plug myself into my recliner for a re-charge. 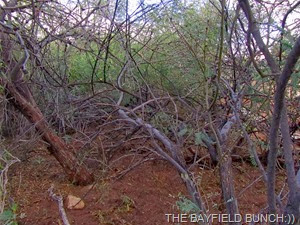 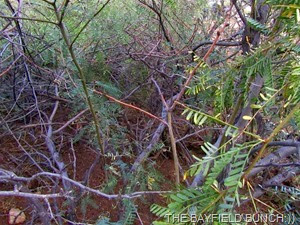 Mo from THE MOHO AND OTHER TRAVELING TALES was recently ambushed by a riding lawn mower.  She took a rock to the face which knocked her down & did some damage.  The lawnmower was not injured in the incident.  Better check out, ‘A FIGHT’. 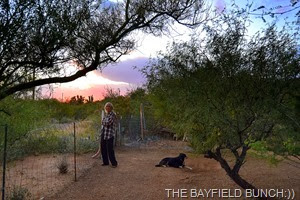 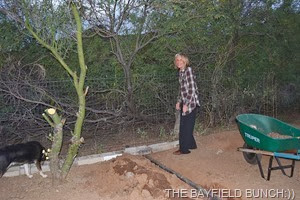 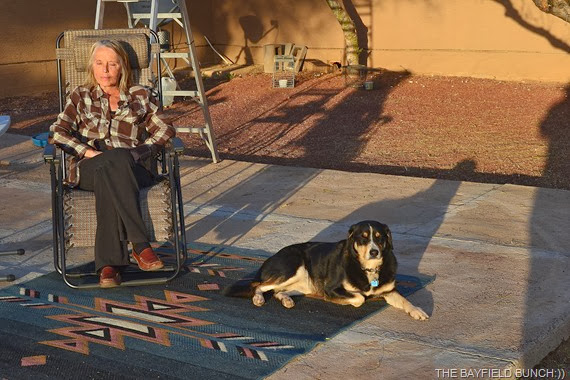 WAITING FOR THE SUNSET

Going to put the Critter Cam out again tonight in the area where the Skunks have been congregating.  We’ll see if we have any more of them there pesky young whipper-snappers around. 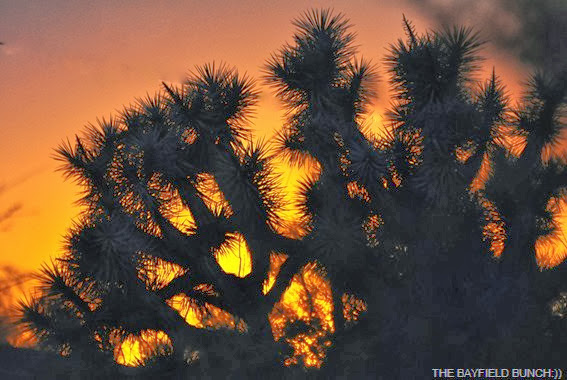 -"I am" is reportedly the shortest sentence in the English language. Could it be that "I do" is the longest sentence?
-If lawyers are disbarred and clergymen defrocked, doesn't it follow that electricians can be delighted, musicians denoted, cowboys deranged, models deposed, and drycleaners depressed?
-Do Roman paramedics refer to IV's as "4's"?
-Why is it that if someone tells you that there are 1 billion stars in the universe you will believe them, but if they tell you a wall has wet paint you will have to touch it to be sure?
-If you take an Oriental person and spin him around several times, does he become disoriented?
-Last night I played a blank tape at full blast. The mime next door went nuts.
-If a person with multiple personalities threatens suicide, is that considered a hostage situation?
-Just think how much deeper the ocean would be if sponges didn't live there.
-------------------------------------------------------------
- Tourists see the world, travelers experience it.
- Home is where your pet is:))
- "If having a soul means being able to feel
love and loyalty and gratitude, then animals
are better off than a lot of humans."
(James Herriot)
- The pessimist complains about the wind; the optimist expects it to change; the realist adjusts the sails -William Arthur Ward
- The only thing better than right now will someday be the memories of right now...AL.
- It is not so much having nothing to do as it is not having the interest to do something....AL.