A BIG SURPRISE IN THE MAIL FROM OREGON TODAY:)) 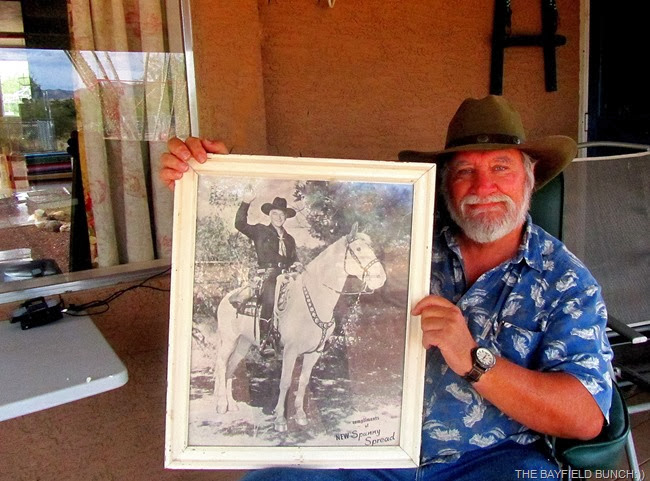 Now that some of this Arizona dust has settled on us here at our Congress house there was a bit of travel talk floating about this morning.  Had some good suggestions from fellow RV Bloggers over the past few months on solar installation & we have decided to stick with Solar Mike in Slab City.  We know the quality of Mike’s work, we like Mike as a person, & he has been good to us.  We will email Mike & see when he can fit us in & go from there.  So we may be rolling out before too long.  Where we will head from Slab City is yet undecided. 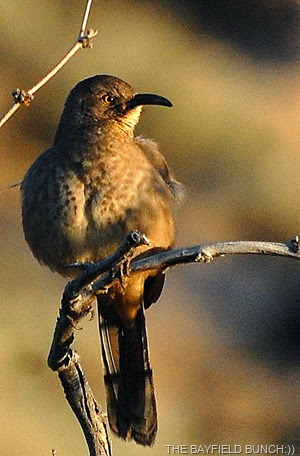 Monday is always Seniors Day at Alco but the home infrared heater we have a rain check for isn’t in yet so we sidetracked to Stewart’s Hardware, Safeway, Habitat for Humanity, Thrift Store, Ace Hardware, & the brand spanking new TSC store.  We loaded ourselves up with a big bag of birdseed at the ‘Tractor Supply Store’.  Also made a UPS stop along the way to ship our defective ‘Camping World’ gravity recliner chair back.  Bought it in Albuquerque but it goes all the way back to Kentucky.

Big surprise at the Post Office today when we received a large parcel from Oregon.  And here’s the strange part, it was addressed to me.  Now who in the big darn heck would be sending me something??  Well I wasn’t long in finding out by golly because it had a familiar name right there on the outside of the box.  It had been shipped by that Russ Krecklow feller from TRAVELS IN THERAPY his very self way up there in the Willamette Valley of that Oregon place.  Post Office was our last stop today so hurried home to open the big box. 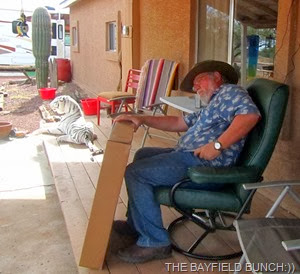 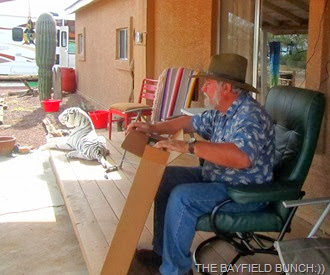 REACHING FOR MY POCKET KNIFE TO OPEN THE BOX 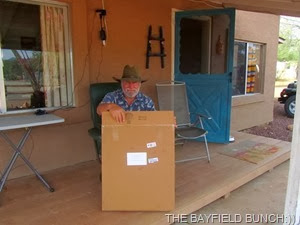 There inside the well packed & packaged carton was a 17 x 22 inch black & white print of HOPALONG CASSIDY sitting on his horse Topper.  Print from the 50’s is framed behind glass in an old original white frame.  I have mentioned in several of my posts over the years my love as a young boy for my cowboy hero Hoppy.  Had a black Hoppy shirt & a Hoppy necktie.  I was a big Hoppy fan & Russ way up there in Oregon must have remembered that.  A great big thank you Russ for today returning this little boy back to yesteryear in an era like no other.  Within minutes of opening your parcel I had Hoppy hanging on our living room wall just inside our front door.  A big, big, big, thank you Russ & how thoughtful of you to do that:))))))))) 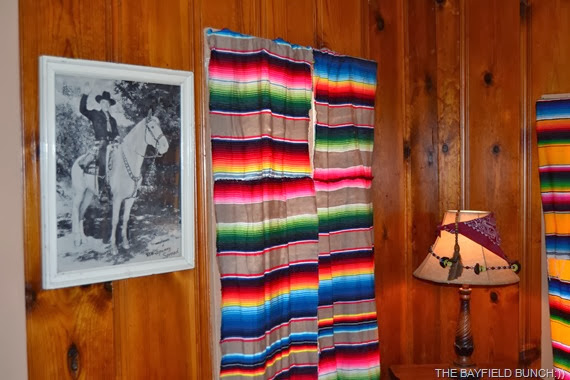 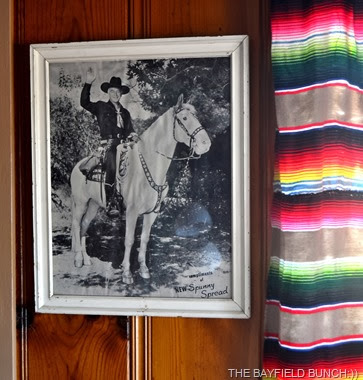 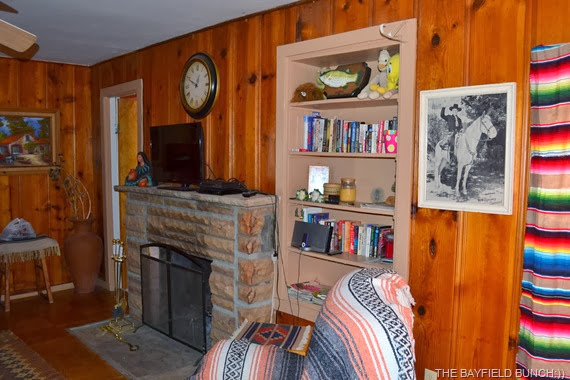 Was thinking today how much better I am feeling this year as compared to last year at this time.  A year ago I was in a lot of pain with my upper right leg, hip, & groin area.  Bad enough that I had to use a cane at times & I missed a number of morning walks.  Little did I know that pain would persist for the rest of the winter & well into this past summer.  Much better now but I still get tweaks & twinges of pain in my hip area occasionally.  Fortunately so far they have not persisted & I have not had to take any meds for the occasional discomfort. 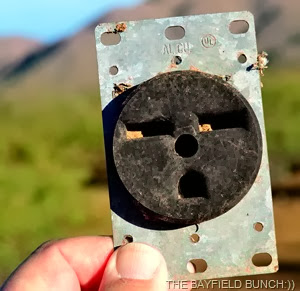 <<< FOUND THIS OLD ELECTRICAL PLUG IN THE DESERT THIS MORNING…HAS QUITE A FACE ON IT :o

Couldn’t quite gather myself together enough energy units to wash the rig this afternoon.  Clouds had moved in dropping the temps a bit & it would have been a good time to get busy with a hose.  Maybe tomorrow morning.  I always try to get everything done in the mornings when  energy levels are at their best for me.  Remember the days when we would work 8, 10, 12+ hour days & then some.  What the heck ever happened to those exciting & challenging days anyway??  And yes, many of those days were exciting & challenging too………………… 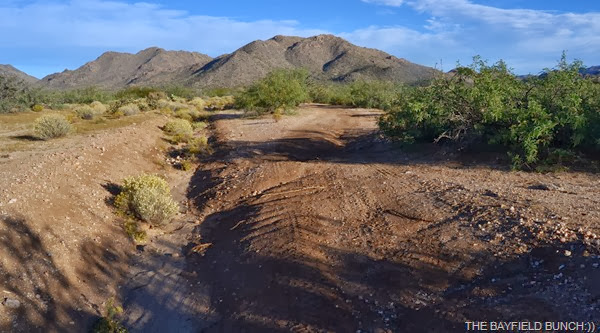 Must have forgot to take my magic sleeping pill last night because I was wide awake at 3 & up well before 4.  Of course that always means a sluggish day for me & by noon I was dragging.  But not before I got my Hoppy picture hung up:)) 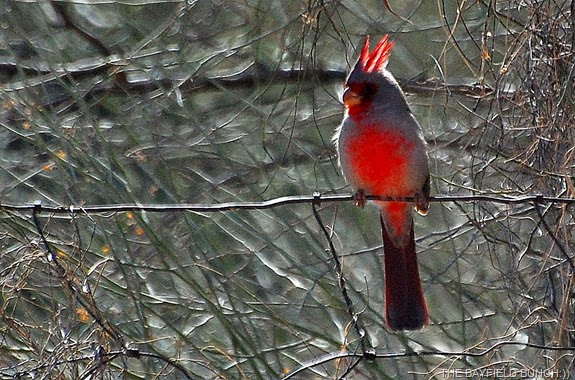 GROANER’S CORNER:((    A couple had two little mischievous boys, ages 8 and 10. They were always getting into trouble, and their parents knew that if any mischief occurred in their town, their sons would get the blame.
The boys' mother heard that a clergyman in town had been successful in disciplining children, so she asked if he would speak with her boys. The clergyman agreed and asked to see them individually.
So, the mother sent her 8-year-old first, in the morning, with the older boy to see the clergyman in the afternoon.
The clergyman, a huge man with a booming voice, sat the younger boy down and asked him sternly, "Where is God?"
They boy's mouth dropped open, but he made no response, sitting there with his mouth hanging open.
The clergyman repeated the question. "Where is God?"
Again, the boy made no attempt to answer.
So, the clergyman raised his voice some more and shook his finger in the boy's face and bellowed, "Where is God!?"
The boy screamed and bolted from the room. He ran directly home and dove into his closet, slamming the door behind him.
When his older brother found him in the closet, he asked, "What happened?"
The younger brother, gasping for breath, replied: "We are in real BIG trouble this time! God is missing, and they think we did it!"