PHEEBS & I TAKE WINNIE FOR A SPIN TO THE BEACH:))

Kelly had some work first thing at Deer Park this morning so she was out the door early. Pheebs & fired up Winnie the Bago & headed ourselves off to Goderich to pick up some gas. Onboard generator needs the rig's gas tank at least a quarter full to operate & Winnie's fuel level was below three quarters. Wanted to fire up the genny & let her run a bit.  Decided again this year not to fill our gas tank in Canada. We'll do that when we get south of the border. A hundred dollars this morning will get us well across the border. 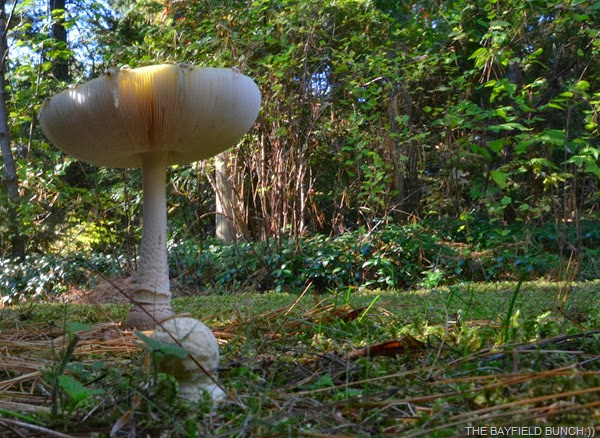 TIME TO BRING IN OUR BACKYARD MUSHROOM TABLE FOR THE WINTER 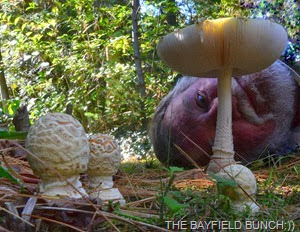 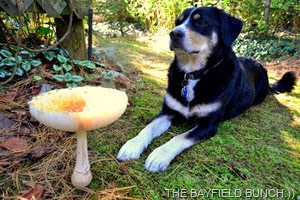 HEY WAIT A MINUTE, THAT’S NOT A TABLE, IT’S A ‘REAL’ MUSHROOM…AND GEEEEZZZZ I HATE WHEN MY HEAD FALLS OFF ON THE GROUND LIKE THAT…I HAVE A HARD TIME PICKING IT UP & ATTACHING IT AGAIN:((

Quick stop at McDonalds for a coffee & muffin (no, we did not attempt the drive-thru) & it was down to Goderich's harbor with us. Another great Autumn morning as we parked near the beach & dog walking area. Nobody around so we had us a quiet stroll along placid waters. Enjoyed seeing flocks of Canada Geese practicing their water take offs, circling in fluid formations, & splashing down again on Lake Huron’s smooth glass like surface.

WEAVING & CIRCLING FOR A LANDING 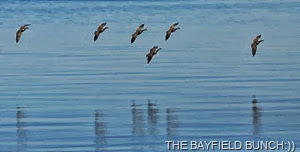 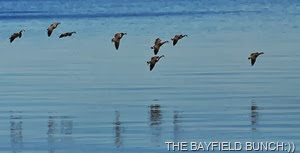 CIRCLING BACK AROUND & LINING UP THE WATERY RUNWAY 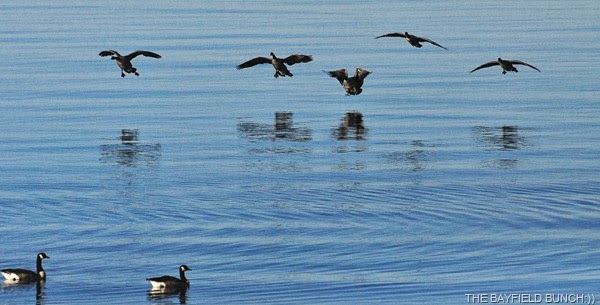 So nice to have an RV with a quality sound system again. Our Damon Challenger just had an ordinary radio with a couple cheap speakers in the dash. And there was always a wind noise factor as well. The Ford's cab is much quieter & with the surround sound system in both the cab & coach we finally have ourselves a decent sound system once more. Sound quality has always been important to me. 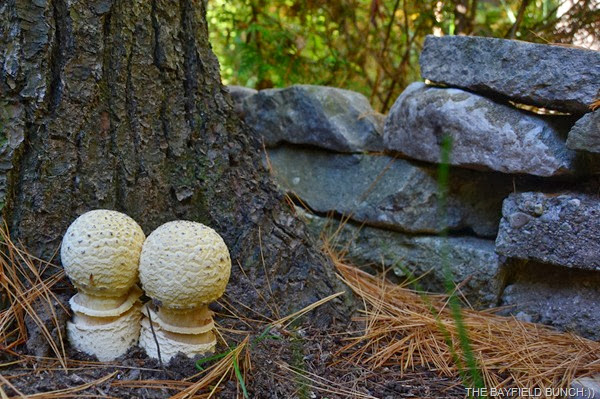 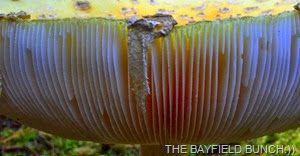 Raked up some more pine needles & spent some time fussin about in the RV. Kelly loaded more stuff. We're gettin there:)) In a comment on Thursday's post PatB asked, "Why aren't you spending Thanksgiving with Kelly & family"? Well, several reasons actually. Kelly may or may not stay over at her daughter's for the night.  It is much simpler for Pheebs & I to stay home. There is expected to be over a dozen adults there with about 7 kids. If I went we would have to take Pheebs & that would just add to all the confusion, craziness, hooting & hollering.  And I know it would be too much for Pheebs.  And Kelly already knows it will be a stressful day for her as well. Bottom line is simple.....I can't tolerate, nor do I  have the patience for being around that many people, that much noise, for that length of time, in that small a space.  I know that answer will probably not sit well with many family oriented people but I’m just not a big family get together or visiting type person anymore.   Just being honest about a question that was asked. 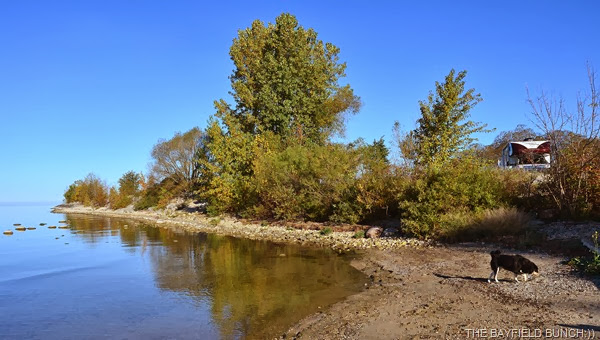 EVEN MANAGED TO GET PHEEBS & THE WINNIE WAGON IN THIS ONE

“Are you alright Sir”?  I heard these words about a month ago as I was lying on the floor in the main aisle of a large well known furniture store.  The elderly white haired lady asking the question was standing over me & quite concerned.  Yes, I was flat out on the floor alright & it was the day Kelly & I went to the Lazy-Boy store in London Ontario.  I was a bit embarrassed & tried to assure the lady I was fine.  She couldn’t seem to figure out if I was fine, what was I doing lying on the floor.  I quickly assured her I was alright & just waiting for my wife.  She asked if I needed assistance getting up.  I said no, I was just down here on the floor measuring something.  Which of course is exactly why I was in that position in the first place…….with a tape measure.  I had to get down on the floor to see what kind of a frame the loveseat I was looking at had.  And I needed to measure that frame to see it would fit on the slide in our Winnebago.  Some readers may remember my post from that day….A STATE OF WAFFLE.  Took an additional bit of convincing on my part that I was Ok before the good Samaritan lady finally continued on her way.  Thought I saw her look back a couple times.  Thought I could get up by myself too……………:((

GROANER'S CORNER:(( Thanksgiving One Liners..............
-I'm excited about Thanksgiving because I love unwelcome parenting advice from relatives I see twice a year.
-Thanksgiving is great because people tend to speak less when food is lodged in their mouths.
-There is a special place in hell for people that play Christmas music before Thanksgiving.
-You don't need Thanksgiving to hate your family.
-They should change the name of Thanksgiving to something more fitting like say, Turkeypocolypse or Stuffing-cide.
-For the first time, we are going to have a HAPPY Thanksgiving. This year, I am stuffing the turkey with Prozac!
-------------------------------------------------------------
- Tourists see the world, travelers experience it.
- Home is where your pet is:))
- "If having a soul means being able to feel
love and loyalty and gratitude, then animals
are better off than a lot of humans."
(James Herriot)
- The pessimist complains about the wind; the optimist expects it to change; the realist adjusts the sails -William Arthur Ward
- The only thing better than right now will someday be the memories of right now...AL.
- It is not so much having nothing to do as it is not having the interest to do something....AL.