A NEIGHBOR TOLD US WHAT HAPPENED TO OUR CACTUS GARDEN:(( 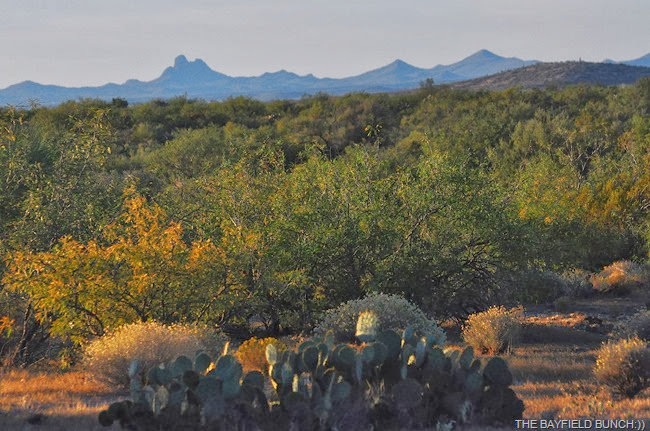 It was 5 a.m. & it was warm standing outside in our front yard gazing skyward.  Pheebs & I were under a canopy of stars from horizon to horizon.  A quarter Moon hung high in the south east.  One of my favorite constellations Orion in his westerly travels could be seen slowly beginning to slip westward.  Neighbor’s Rooster was a crowin & the hens was a cluckin.  A crescendo of Crickets completed an early morning homey feeling I had inside.  So nice to be back at our digs in Congress Arizona once again.  And it was already nearly 70F.  I think we might have eventually got up to around 87 today. 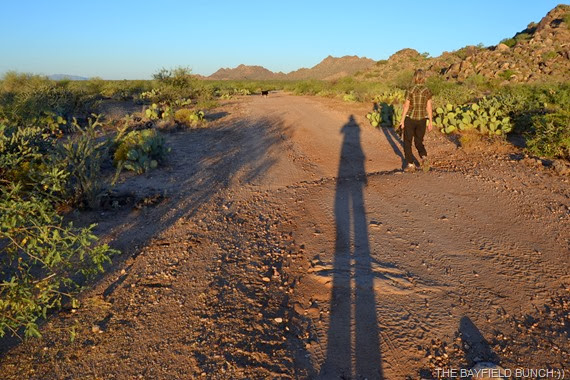 Funny how easily one forgets things that are not part of their daily routine.  And so it was with our Roy Rogers coffee mugs this morning.  Wasn’t until Kelly made coffee that I was reminded of the mugs she had picked up at a garage sale in Congress last year.   When I opened our garden shed yesterday I saw we had things I had totally forgotten about.  Looking in my clothes closet I was reminded of shirts & jackets I had.  And who knew we had all this neat-o southwest furniture & stuff.  Kinda scary how easily some things just kinda slip out of one’s mind when one isn’t seeing or using things on a regular basis.  Am I slowly becoming a character of necessary routine & habit…………….. 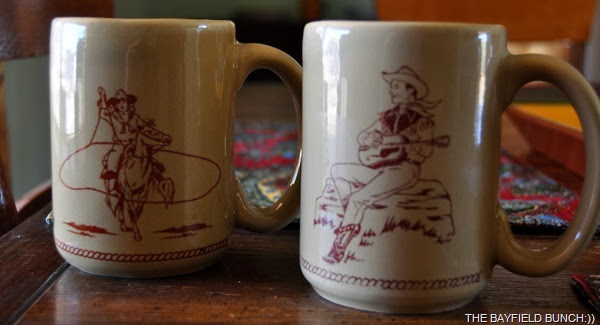 Talking to a neighbor this morning we found out what happened to about 95% of our Cactus plants & it was a poor decision we ourselves made last winter that led to their demise.  Another neighbor around the corner suggested a good way to keep our weeds down during the summer was to let him put his sheep on our property.  Seemed like a win/win situation.  His sheep get fed & our weeds get eaten.  We asked if the Sheep would bother our newly planted cactus & he said no the sheep would just eat the weeds.  Well call us naïve I guess.  Our other neighbor said he put a couple goats on our property for the whole summer & that of course meant the end of our cactus.  Neighbor said our cacti were really doing well with blooms appearing but as soon as the goats were put on the property they quickly ate the cactus.  And that was that.  Will I start all over again?  Right now I don’t feel like it but knowing me I probably will.  So discouraging but I do like scratching around in the dirt planting things. 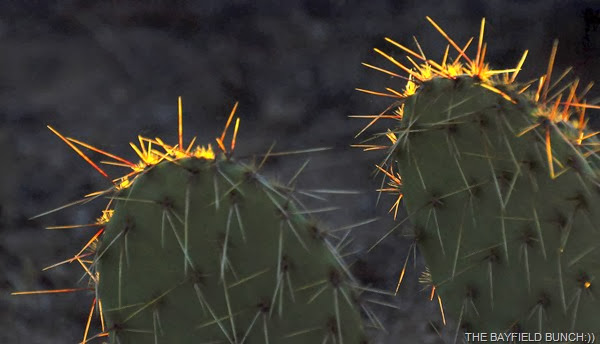 Pheebs got to meet up with a few of her old Arizona Pals this morning on a short walk.  Gizmo, Hatch, Pebbles, & Dally all got to bump noses with their best Canadian buddy Pheebs again.  Nice to see all the little wagging tails.  Didn’t see the Yakky Doodle dogs though. 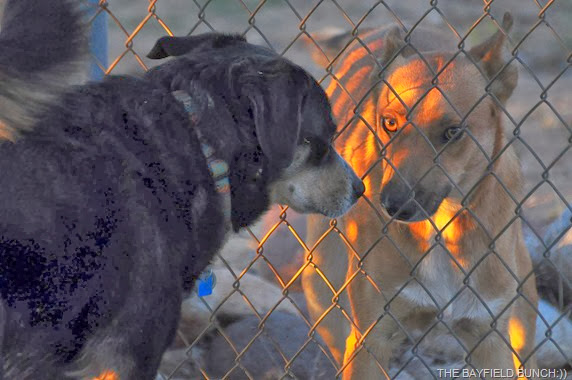 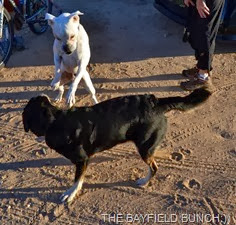 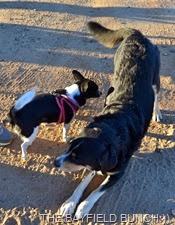 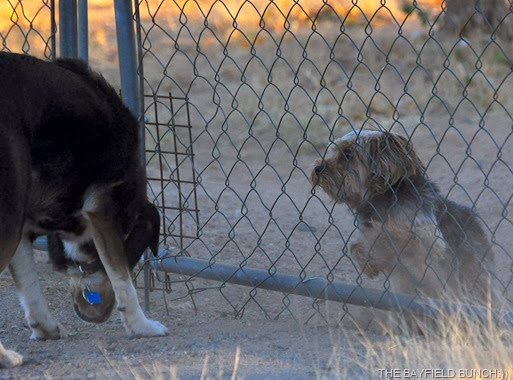 I no I aren’t too darn good on the Grammar side of things & it are true I never seems to know where to put them there apostrophe thingys.  Grammar weren’t a favorite subject of mine in school but I did like English literature & composition.  I will try to get a handle on those apostrophes so that I don’t get no more worser.  Don’t want to end up bean the worsest of ever.  Oh, & I will have to do some thunkin about that Canadian spelling for a bit two.  Keep those comments coming folks, it keeps me on my toes & believe me I need all the help I can get some days.  And how did I get Trinidad Colorado moved back to New Mexico……’again’!! 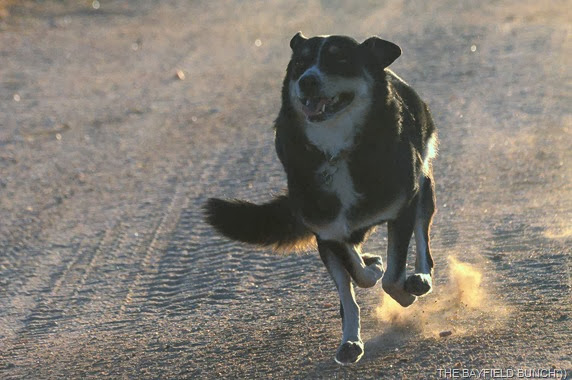 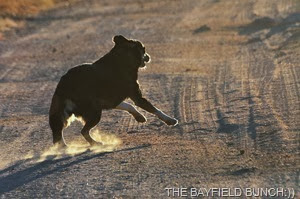 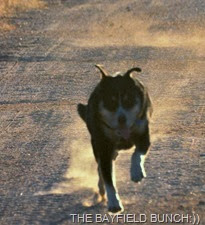 SLAMMIN ON THE BRAKES & GALLOPING RIGHT ALONG 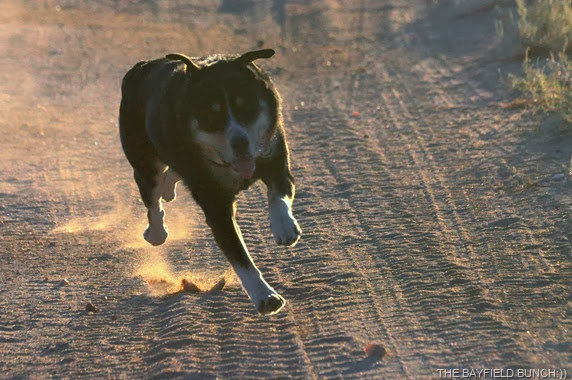 John (Sarge) dropped by this morning with a bottle jack & handle crank for the Jeep.  We’re good to hit a few desert trails now.  He & wife Jackie just moved up to Congress from Elfrida & John is enjoying his recent retirement from Fort Huachuca in Sierra Vista. 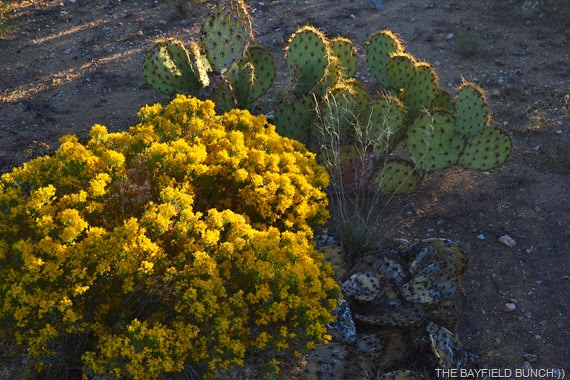 Despite a week of travel we did get a few more things done this morning before we both began to fade around noon.  And fade very fast we did too.  I think a weeks hard traveling combined with 3 time zone changes & today’s hot temperatures combined to knock us out of action for the rest of the day.   Very hot here at the moment but it will be heading back down into the 70’s & 60’s shortly.  I will probably have a go at our yard’s weeds in the cooler weather.  Got to get me some gas & oil for my weed whacker.  And maybe start hunting me up some new Cactus sources.  I am determined to ring this place in greenery despite our Cactus garden set-back.  And on closer inspection this morning I did find a few (very few) cactus plants still surviving.  I would say we lost about 95% of them though & definitely every single one that I had planted around our front & side fence line.  There were well over a hundred cactus plants.  And even some of the cactus plants (not prickly pear) that were here when we bought the house are now gone as well:(( 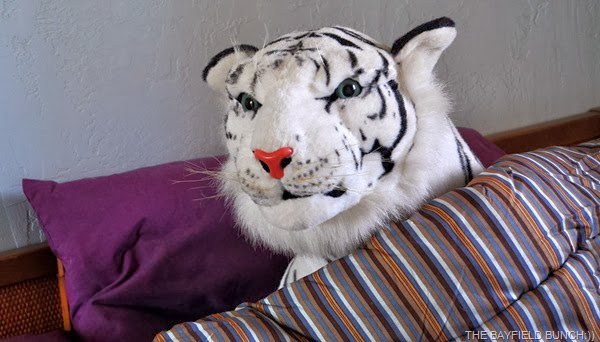 SPENCER LIKES SLEEPING IN MY BED & GAVE ME A CROSS LOOK WHEN I WOKE HIM UP THIS AFTERNOON…………:))

Question in the Shout Box wondered if we turn the power off to the house when we leave in the Spring.  Answer is yes.  Water is also turned off & the Congress Water department puts a lock on our street valve.  Kelly phoned them a day before we arrived & the guys went out & removed the lock so all I had to do when we got here was turn the valve lever on.  We turn our own electricity on & off as well.  Made sure the water heater was full before turning on the electricity to the heater too.  We had things powered up & running in about an hour Saturday. 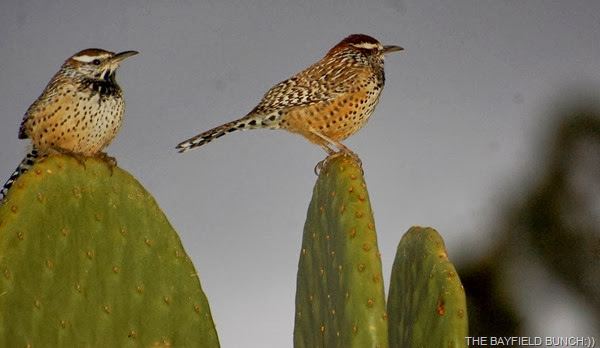 I remember someone asking about our gas mileage on this trip with Winnie’s Ford 10 cylinder engine.  Don’t have an answer for that because I have never been one to keep track of miles per gallon gas mileage.  Some things are just better left unknown for me.   However I can tell you we spent $1,295 for gas to travel 2,361 miles getting here. Judging from other years that was very comparable to our Class A 33’ Damon challenger with it’s 8 cyl Chevy Vortec engine.  Must say I do have a preference for the Chevy V-8 engines simply because they seem to have more pep than the Ford V-10.  Just my opinion of course. 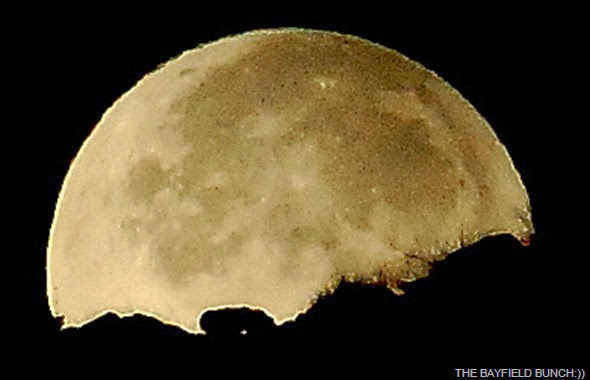 GROANER’S CORNER:((  I stopped at a friends house the other day and found him stalking around the kitchen with a flyswatter.  When I asked if he had gotten any flies he answered, "Yeah, 5 .... 3 males and 2 females."  Curious, I inquired as to how he could tell the difference.  He answered, "It's easy, 3 were on a beer can and 2 were on the phone.