A MIGHTY FINE AUTUMN MORNING FOR PHEEBS & I TO GO PICK UP A SEWER HOSE:)) 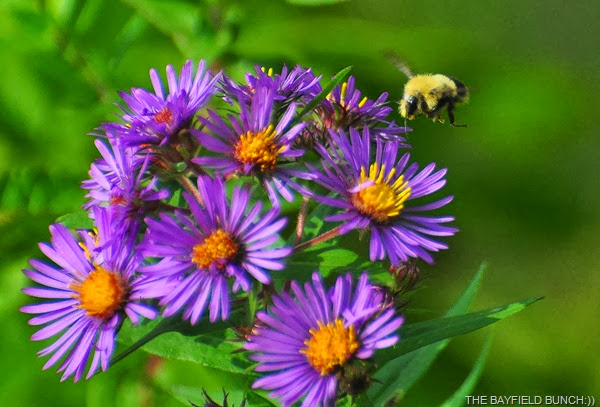 CAUGHT A BUMBLE BEE IN FLIGHT THIS AFTERNOON

Storage for our Winnebago's sewer hose is in the rear bumper which is a standard spot in many RV's. Problem is, our collapsible Rhino hose would not fit in because of the large couplings at each end. ‘No problem’ Ron from FOUR SEASONS PERFORMANCE said a few days ago, I'll get you a new heavy duty hose that will fit. Ron phoned Wednesday saying his shipment of hoses were in so come on down & pick it up. Well you know what that meant.....another great excuse for Pheebs & I to hit the road this morning. Yahooie Louie & away we went to Grand Bend.......the long way:)) Kelly had already left to do a few errands in Goderich. 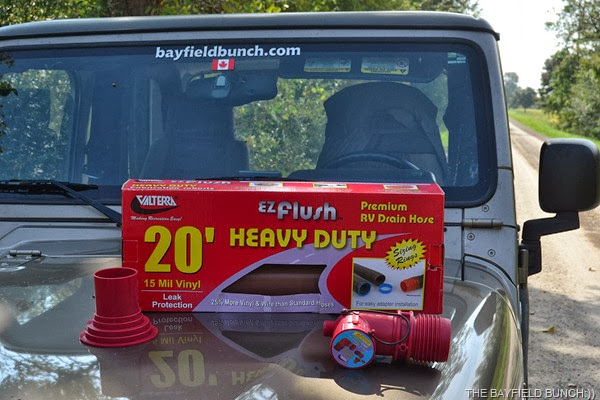 What an absolutely beautiful Autumn morning it was. Rising temperatures made for a light mist in the air. Ron was busy atop a Class C with a power washer when we got there. Down the tall step ladder lickety-split, gave me a quick lesson on attaching one of the hose couplers, a few scruffles for the Pheebs, & we were back on the road. Coffee to go at Tim Hortons, quick walk & few photos on the Grand Bend beach & we were on our way home again.....the long way. 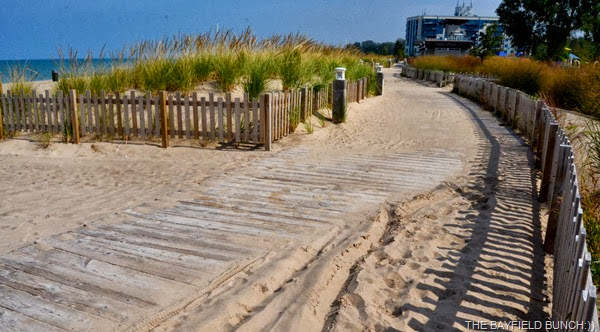 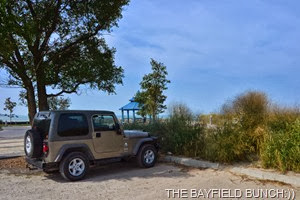 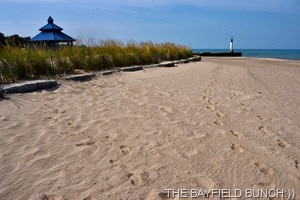 Stopped along a country road to let Pheebs out for a stretch & was surprised at the wonderful symphony of Cicadas, Tree Frogs, & Crickets in the roadside forest. A warming breeze gently rustled nearby Birch & Poplar leaves. A high thin cloud cover diffused the late morning's sunshine giving a soft pastel look to forest & countryside alike. It was one of the those special Autumn mornings when nature comes together in a special way to create a feeling of pure magic in the air. There are moments in life to remember & for Pheebs & I our country road stop this morning was one of them. 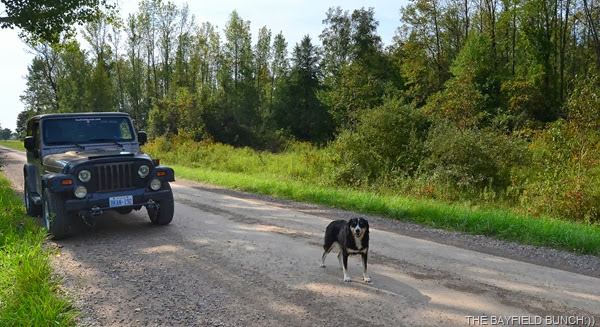 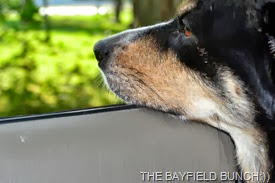 By mid afternoon old Sol had burnt off the high cloud cover & our temps came up to 75 degrees bringing some uncomfortable humidity with it. We didn't need the A/C on but I did have to relax in front of my fan for awhile. Ken rolled in with his large tractor & began removing the big Pine logs out of Winnies parking area. Couple hours later we had everything cleaned up.  Decided to park the Winnie Wagon back in it’s spot for the night but first Pheebs & I took Winnie the Bago for a little cruise around the country block. 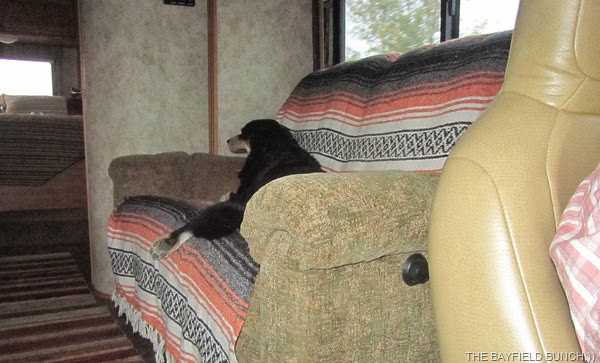 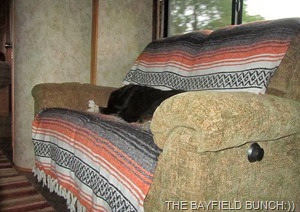 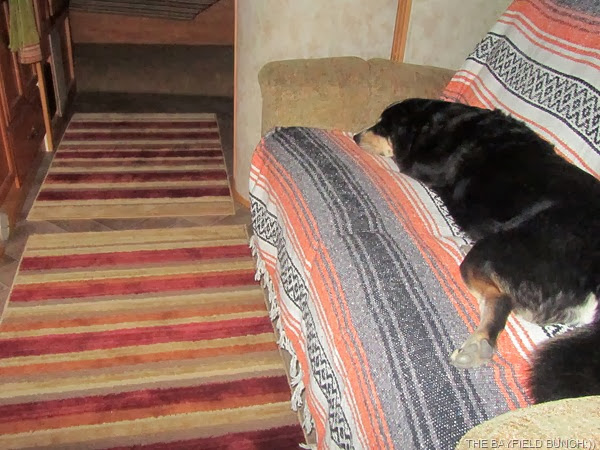 Gord will be coming back with the long boom arm machine to take down a couple more dangerous pine trees in our back yard leaning over our house. He needs to bring the machine in where Winnie usually parks to get the boom over our roof to reach the trees so I may have to move Wild Winnie in the morning again. 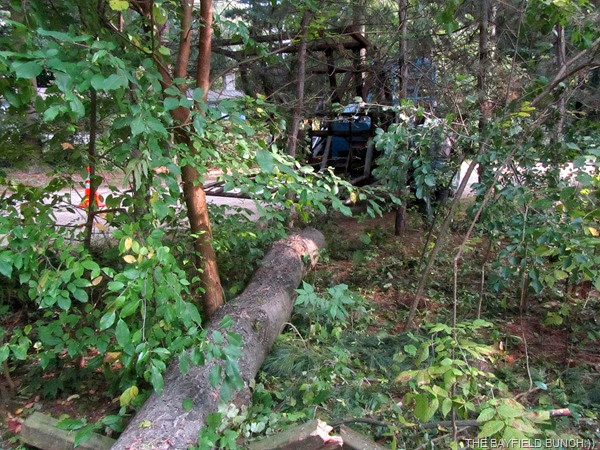 Well, with a bit of luck we should be on the road somewhere one month from today. I suspect we may just be east of Chicago or north of Indianapolis depending on any last minute route changes. Needless to say the countdown is officially on. 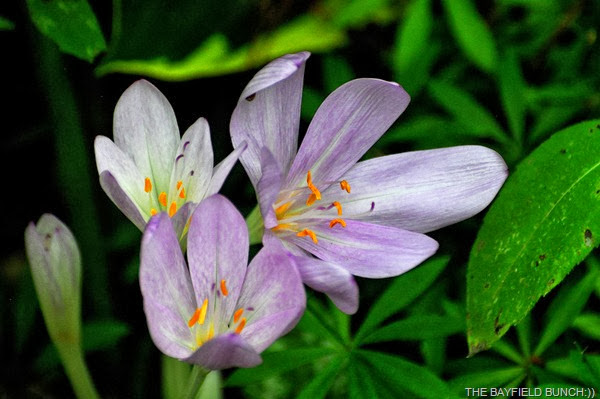 FALL CROCUS
It was an early Harvest Moon Wednesday night so before publishing my post Pheebs & I Jeeped the short 4 miles to our favorite hilltop lookout post just north east of us. Really nice night with a fiery sunset to boot. Moonrise was right on time. I had all my toys out & lined up. Two tripods, one refractor telescope with my Nikon D3100 mounted on it. Other tripod held my Baush & Lomb 7x50 binoculars. My Nikon D90 had my 300mm lens mounted & beside that sat my Celestron Skyview 15x70 binoculars. Also had a very close up view of the moon with my telescopes 3 PLOSSL eyepieces, 32, 17, & 5mm.  Reason for hauling out all this gear wasn't so much for taking some moon photos as it was to re-familiarize myself with some pieces of equipment I do not often use. As expected I had some difficulty mounting my telescope to my tripod as well as taking it off again. No problems with the equipment just the usual problems with Al's memory & how to use things. I knew my moon shots wouldn't be anything special. Air is much denser here than in the cool to cold skies of Arizona. The moon last night was very hazy at the horizon level so didn't even attempt a photo at that stage. Much of that horizon haze is caused by pollution as well & I was shooting in the direction of some major cities like Kitchener/Waterloo, Guelph, & Toronto. Anyway, it was just great to be out & about after supper for a change & as usual me & my bestest little Pal Pheebs had ourselves a mighty fine relaxing hilltop time:)) 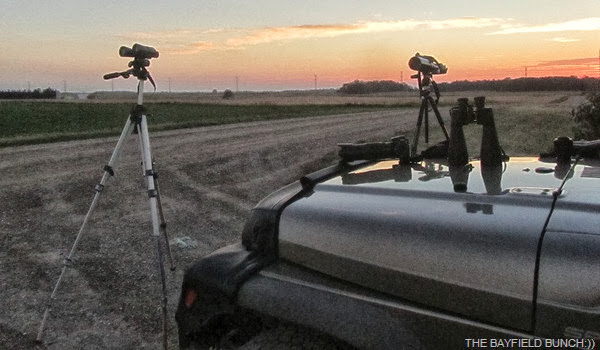 GOT ALL MY TOYS ASSEMBLED 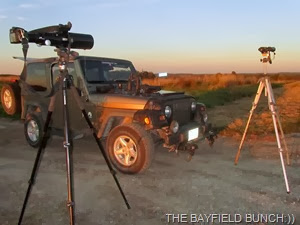 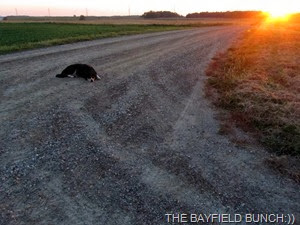 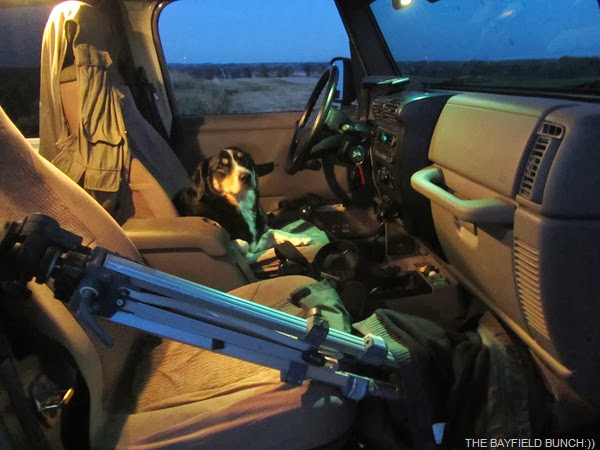 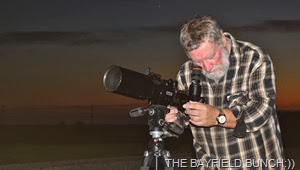 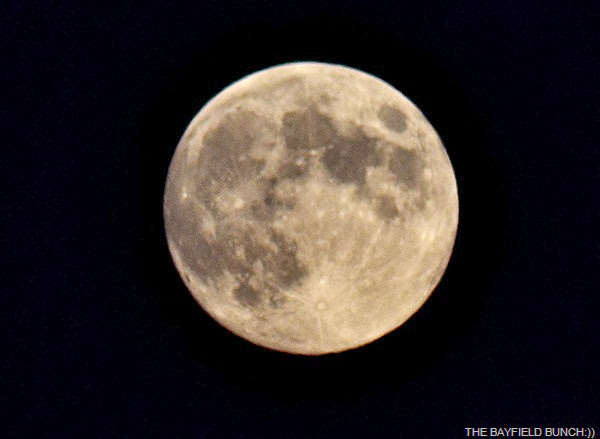 Spent a little time today looking at all this Google+ stuff again. It's still as confusing to me as it was a couple years ago. Not real interested in the social media stuff but with all the Google shenanigans going on in the photo album & editing departments I figured it would be in my best interest to at least try & understand the newer Google photo technologies before I am completely snowed under. I understand they are coming out with a new photo editing program & for sure that would interest me. As much as I have liked Picasa’s editing program over the years I've always wished it could do a little more & by the sounds of it a newer Google photo editing program just may have some of those tools I have been missing. I think what I really need is for someone to sit down with me & explain & show me how all this Googleater stuff works.  I don’t seem to do so good trying to follow written instructions anymore & those tutorials move to fast for me:(( 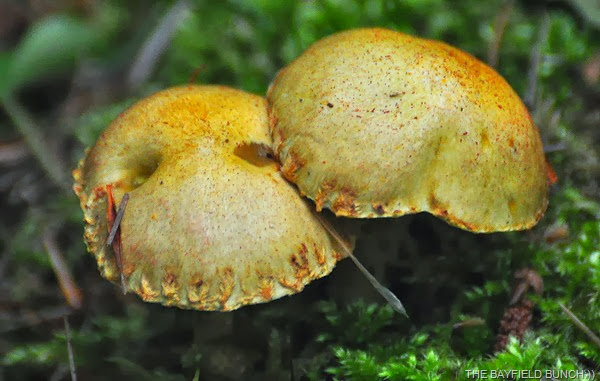 Well by golly, our Blog Followers list finally made it's way up to 600 Blog Followers today. A big special thanks to MORTICULTURE 101 & all the previous 599 folks for making that possible. Thanks everybody & a double thanks Morticulture 101. Welcome aboard:)) 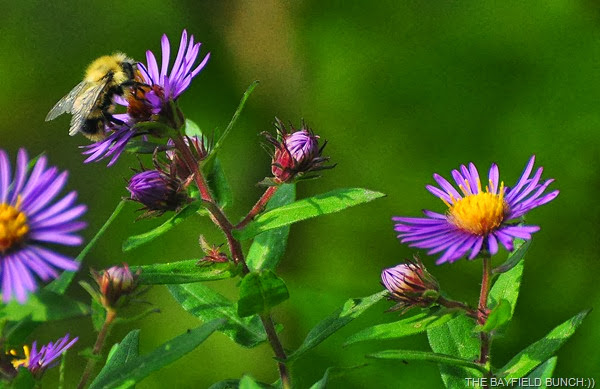 And just a gentle Facebook reminder to readers again.....Because of being 'scammed' twice I do not accept 'Friend Requests'. Nor do I accept 'game' requests. I have zero interest in any kind of gaming stuff. I am not an active Facebook user or reader & only keep Facebook active to drop my blog post in at the end of each day. 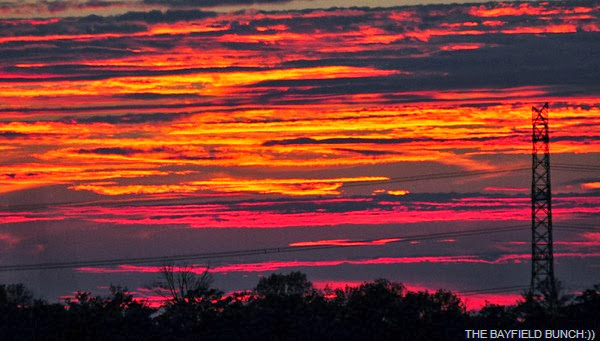 GROANER'S CORNER:(( One day Mikey was sitting in his apartment when his doorbell unexpectedly rang. He answered the door and found a salesman standing on his porch with a strange object. "What is that?" Mikey asked. "It's a thermos," the salesman replied. "What does it do?" asked Mikey. "This baby," the salesman said, "keeps hot things hot and cold things cold." After some deliberation Mikey bought one, deciding it would really help his lunch situation. The next day he arrived at the plant where he works. Sure enough, all the other employees were curious about his new object. "What is it?" they asked.
"It's a thermos," Mikey replied.
"What does it do?" they asked.
"Well," Mikey says in a bragging manner, "It keeps hot things hot and cold things cold."
"What do ya got in it?"
To which Mikey says, "Three cups of coffee and a popsicle."