SILLY ME FOR WASHING THE JEEP 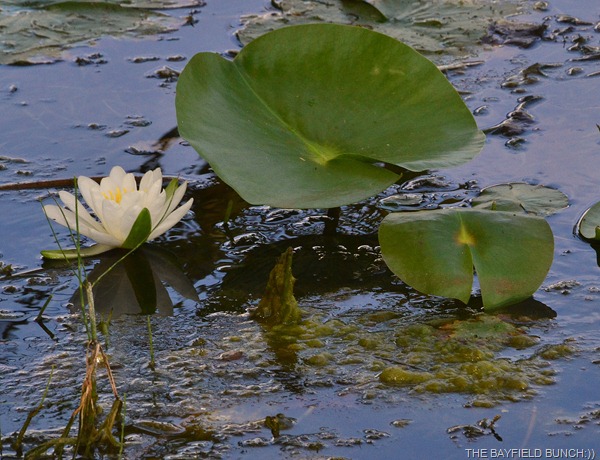 Turned out to be one of those slow moving days.  Sunny for a few hours this morning before a cool heavy gray cloud cover moved in & kind of put a sour damper on things.  Not one of those days I would call awe inspiring.  And certainly not much in the way of photos.  I’ll have to scratch around in my files over the past week & see what I can find for pics tonight. 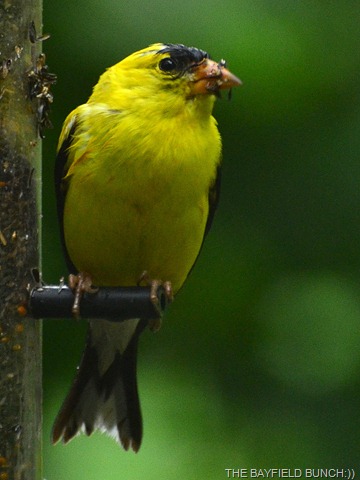 <<< THIS AMERICAN GOLDFINCH HAS A BEAK FULL OF WET NIGER SEED

In Saturday night's post I had a photo of a steam locomotive. TOM from way up there in that Alaska place asked, 'Did you stand in the tracks for that pic'? I have taken many countless photos over the years & whenever I look at one of them I can generally remember taking it, where it was taken, & the circumstances surrounding the photo. Can't remember what I had for breakfast 10 minutes ago but can remember photos I took with my Mother's old Kodak Brownie camera back in the 50's. But that locomotive photo has me stumped. I recognize the background & know the train is about a quarter mile west of the Tavistock train station but I have no recollection of taking that photo. I'm guessing the photo was taken from the train station with about a 200mm lens. I never had any kind of telephoto lens till about 1977 & it was a 135mm. And if I had stood on the tracks that close to an approaching train with an ordinary camera I would surely have remembered that. I do recall the very last steam locomotive to go through Tavistock though. It was a big event & a lot of the town's people turned out to see it roll into town & stop at the train station. A friend of mine has a photo of him & I standing next to that steam locomotive. But I'm confused about the year. Thought it was well before 1977. Tom was also a bit surprised that I would remember steam locomotives. I was born in 1944 & we lived just a stone's throw from the Tavistock train station.  A Tim Horton’s coffee shop now stands on that spot.   Steam locomotives were a daily part of my life as a young boy growing up. Yep, remember the steam age very well. I talked about those memories in a post I wrote last year entitled, AN OLD DEPARTED CHUM PUT A SMILE ON MY FACE TODAY. 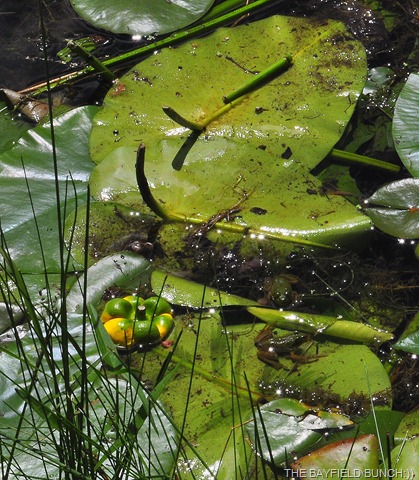 ED had an interesting comment about my slide project. Ed writes; "Throw the slides away after you scan them!  Why keep them? You will probably have 2-3 copies of the digitized pictures saved in various places by the time you finish scanning and editing why do you need the slides? Do you suffer from a picture hording disorder? "It's a problem that's coming out of the woodwork, especially with the older adult population," says social worker Susan Hoskins, executive director of the Princeton (N.J.) Senior Resource Center and its hoarding task force. "As a therapist I have found very few things that are as difficult to treat … and so hard for people to give up."Good Luck!" I think Ed & Susan Hoskins might be on to something about people hoarding photos. And no doubt about it, I am one of those people in the 'older adult population'.  But I think the comments following Ed’s comment are interesting & I agree with them as well.   In the end, like most everything, it simply comes down to personal choice & how one values & where one places their priorities.  Say, I wonder if their is a 12 step program called, ‘Photo Hoarders Anonymous…….just in case. 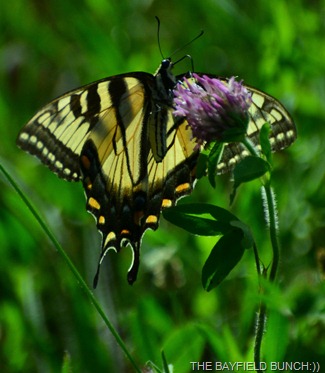 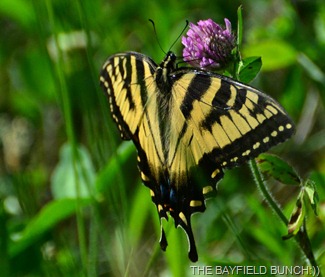 Silly me for washing the Jeep a couple days ago.  You would think by now I would know better.  Had a bunch of tree limbs I could have taken to our recycle area here in the Park this morning after the rain but oh no, didn’t want to get the Jeep muddy.  Could have headed out late this afternoon under rainy skies to look for a rainbow when sunshine suddenly splashed through a break in the clouds but oh no didn’t want to get the Jeep dirty.  I’ll just have to plead temporary insanity for washing that Jeep & I’ll be darned if I’ll do a silly thing like that again any time soon!!  Yep, we get too soon old & too soon not so smart sometimes:((

Just remembered someone asking if we had any covered bridges in our area.  Closest one to us is the WEST MONTROSE COVERED BRIDGE 78 miles due east of us.  Have I been across this bridge? Yes, half a dozen or so times but it was probably close to 20 years ago since I last drove across it. 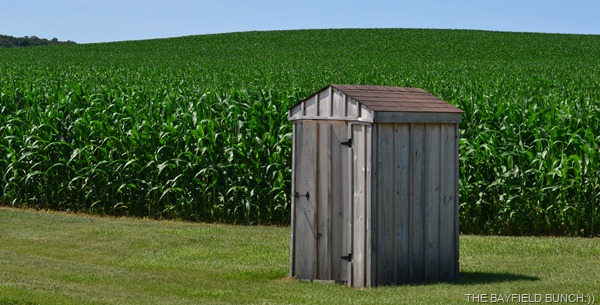 NO, NOT AN OUTHOUSE BUT A SMALL CHILDREN’S SHELTER AT THE END OF A LONG FARM DRIVEWAY WHERE ON RAINY OR WINDY COLD WINTER DAYS KID’S WILL WAIT INSIDE FOR THE SCHOOL BUS…CORN IN BACKGROUND IS UP CLOSE TO 7’ TALL NOW

I like this 3 minute video of my Son Sean being interviewed last month on a TV talk show called HAMILTON LIFE from Hamilton Ontario.  Found this on his Facebook page.  A very personable & talented fellow. 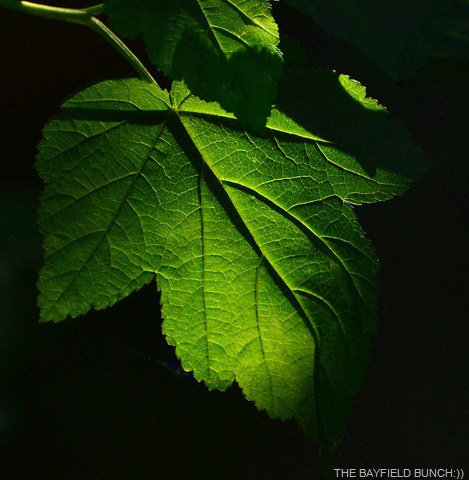 GROANER’S CORNER:((  Employer: "We need someone responsible for the job."
"Sir, your search ends here!! In my previous job whenever something went wrong, everybody said I was responsible."

-----------------------------
- Tourists see the world, travelers experience it.
- Home is where your pet is:))
- "If having a soul means being able to feel
love and loyalty and gratitude, then animals
are better off than a lot of humans."
(James Herriot)
- The pessimist complains about the wind; the optimist expects it to change; the realist adjusts the sails -William Arthur Ward
- The only thing better than right now will someday be the memories of right now...AL.
- It is not so much having nothing to do as it is not having the interest to do something....AL.