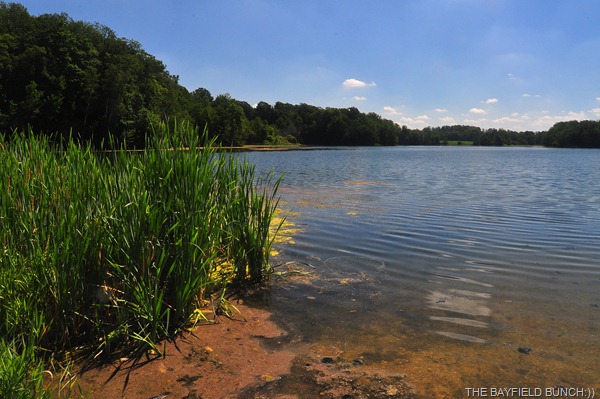 Only sound in our house was a second hand moving on our wall mounted battery operated kitchen clock. Only light source was two candles on a kitchen counter. Our electricity went out shortly after 9 p.m. Sunday night. No storms in the area, no winds or rain. No lightning. The air was as still as a feather. Not a creature was stirring, not even the weather. We slipped outside & walked to the end of our driveway. Kind of a relief to see nobody else on the street had any electricity either. For me that is always a good thing & tells me the problem is not just our place.   And somebody else is responsible for fixing the problem. Not something we have to try & fix in our fuse box or something. 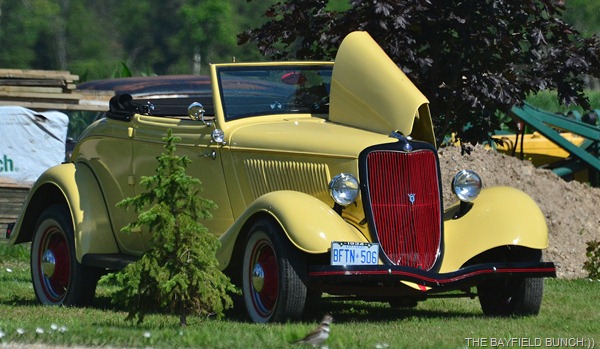 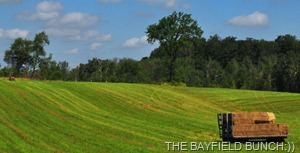 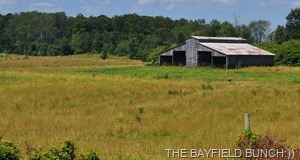 A FEW THINGS SPOTTED AROUND THE COUNTRYSIDE SUNDAY

Electricity is one of those common everyday things we all take for granted. And why wouldn't we, it's been around for as long as any of us can remember. But like the old Ral Donner song, 'You Don't Know What You Got Until You Lose It', it sure is instantly noticeable when it's gone alright. Your toilet only has one flush left & no water for washing hands anyway. No A/C in the heavy humidity & no point in trying to switch on a fan because that ain't gonna work anyway. Don't want to open the refrigerator door & let all the cold out. No power to put the cold back in. Can't even turn the radio on to see if the power outage is world wide. Could this be the beginning of an Alien invasion. Could they have cut power to Planet Earth. Peering nervously out the window I do not see any strange lights descending from the sky. Only a very normal looking quarter moon peering through our pine trees. 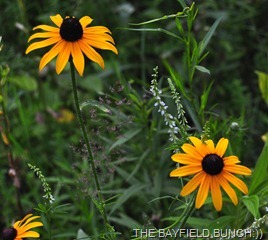 Remembered my laptop sitting on a table beside my recliner. Reached over & fired it up. Full charge on it’s battery so knew I could type me out a few paragraphs about this power outage at least. Nothing else to do that's for sure except sit in our darkened living room looking out the window upon a darkened world outside. Good thing I have a couple candles going in the kitchen or I wouldn't even be able to see the Pheebs. She's black just like the dark. Kelly finally put in a call to the power company & was told over 9,000 people in our area were without electricity. Said they hoped to have the power on in a couple hours. Ok, scrap that world wide Alien invasion theory. I'm now beginning to think along the lines of too many A/C's running at full tilt on a hot sultry Sunday night in the middle of July. Seems like a plausible theory to me. (found out later today a car took down a power pole in the area) 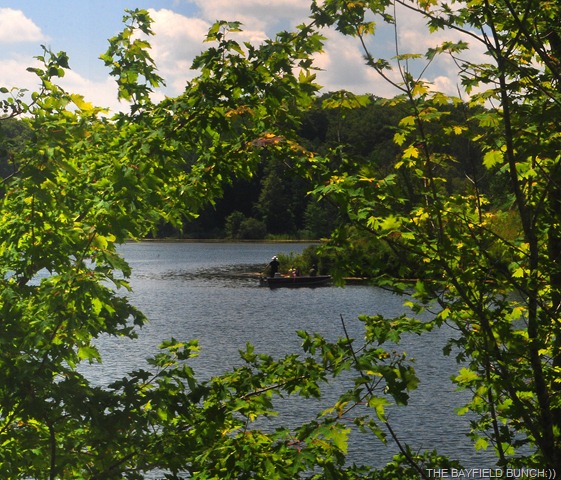 SUNDAY MORNING FISHING FOLKS ON LAKE WAWANOSH
Now here's my problem as I sit here in the dark with lighted battery powered laptop screen in front of me. Do I keep myself awake waiting for the power return or do I drift off to sleep only to be jarred awake when power is finally restored. Things will beep, lights will flash & the TV will start talking loudly again. Wait, the phone is ringing. It's the electric company calling to tell us the power will not be restored now until somewhere around 2 a.m. Seems when Kelly phoned the electric company we were automatically put on some kind of 'return call updates' list. Awwww nuts, now a ringing phone with power updates is going to enter the equation. Ok, going to power down the laptop to conserve battery power just in case the power company doesn't get this problem fixed & it really turns out to be an Alien space invasion I will need this last remaining bit of battery power on my computer to write about what I am seeing as I am being carried aboard the Alien spacecraft. Over & out..................zzzzzzzzzzzzzzzzzzzzzzzzzzzzzzz. 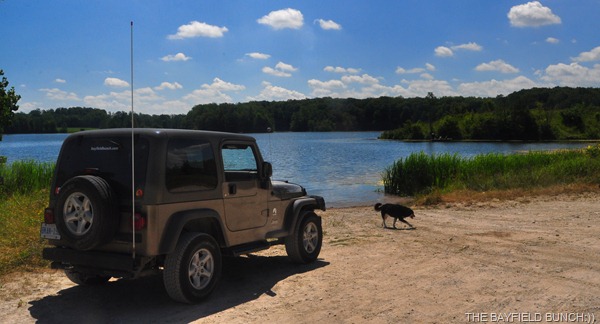 A woman's high pitched staccato voice brought me out of a sleepy fog at 3:20 am this morning. It was the dreaded screechings of an infomercial. One quick & highly annoyed click of my finger & the TV was off. The electricity was back on. Yaaaay, no spaceships. Guess I shouldn't have gone to see the Star Trek & Superman movies last month. Obviously had me some long lasting psychological effects going on here................................

<<< A REFLECTION OF SELF CAUGHT IN A WINDOW

Merikay’s post LATE NIGHT THOUGHTS stirred up some familiar memories for me. On track for a full time RV life on the road Merikay has some doubts & concerns. Perfectly normal. The kind of thoughts that can keep a person awake at night. All the 'what if's'. All the pros & all the cons. Kelly & I are Snow Birds but back in 07 & 08 we did have quite a time trying to decide whether to sell our house & hit the road full time. Even went as far as putting our house up for sale briefly. The financial crash in 08 put an immediate stop to our thoughts about full timing & we were forced to step back from the brink & re-think our future. But even so, our decision to full time was not exactly unanimous. I was ready to make the leap, (at least I think I was) but Kelly not so much. It was probably a good balance for us & a balance that has not changed over the years. I am still the restless one & Kelly is still the 'stay the course' one. However If it were me, we would probably not be in Bayfield right now. Don't know where we would be but it we would not be sitting here in this humidity day after day & week after week. Just as we do not sit here in the winter's cold anymore either. 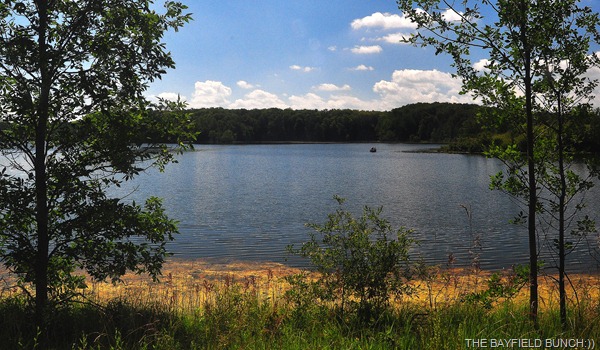 Being Canadian makes a full time RV lifestyle decision more difficult if one spends any length of time in the south. No need to get into all the extra difficulties caused by the border & all the different laws, medical plans, lengths of stays, etc. but I do have some thoughts. All the official legalities are a can of worms all in themselves. The pros & cons of each individual or couple's situation is another thing. And there are equal cons to match all the pros. We've been back & forth through them all, over & over, over. Our situation was, & still is different than most full timers simply because of our preferred RV lifestyle. 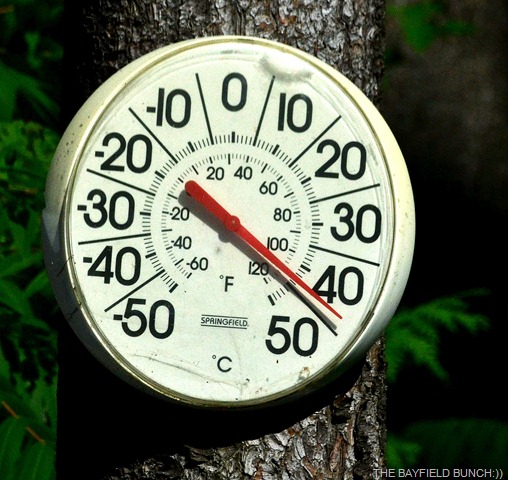 <<< I KNOW THIS THERMOMETER IS IN DIRECT SUNLIGHT BUT WE HAVE NEVER SEEN IT THIS HIGH BEFORE…5 P.M. THIS AFTERNOON

Here are a few of the biggest full time roadblocks or cons that we faced. As most readers know, we absolutely refuse to stay in RV Parks & that presents a big problem for us right off the bat in several ways. No trouble boondocking in the South-west during the winter months but a big problem boondocking here in Ontario & many other Provinces during the summer months. Sitting in a friend's or relatives driveway is not an option. Health concerns are more of a concern now than a year or two ago but it was something we had pre-thought out & falls under the 'what if' category. If we were full time in the south some winter & one of us broke a leg or suffered a severe injury or long term illness & had to immediately return to Canada, (think health plan costs) where would we go? December, January, or February, are not months to be outside in ice, snow, & frozen temperatures in a thin skinned RV. We know people this has happened too. One couple & their 2 dogs ended up spending months in a London Ontario motel while one of them battled back from a serious illness. Without some kind of home base this is a reality that can easily be glossed over with thoughts like, 'oh we're young & healthy & don't have to worry about that'. 'It's not going to happen to us'. Famous last words for some who have unfortunately found themselves in that very situation. 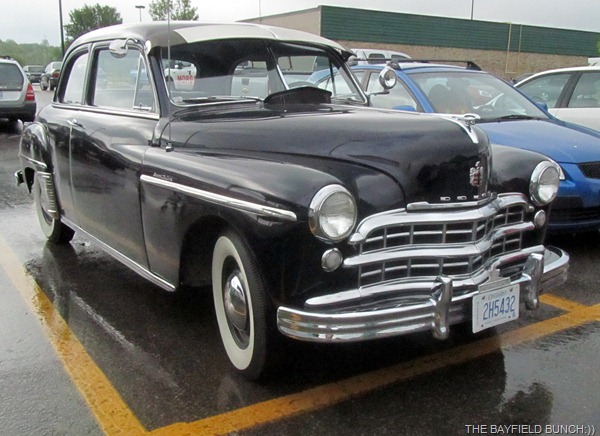 I am guessing that if we were both Americans we probably would have gone the full time route years ago. Kelly is originally American & has dual citizenship but with me being strictly Canadian, that is where all the complications come into play.  And believe me, between the two countries, it is complicated for folks on this side of the border!!  Oh how we Canadians wished we had a warm place to go like you folks south of the border do. No wonderfully warm areas here in Canada. How nice it would be to head for warmer climates with no rules or regulations on lengths of stays. No green car requirements. No passport worries. We would be covered under our own Canadian medical plans. Everything like taxes, TV cable companies, banks, phone plans, etc would be the same. No dollar exchange to worry about. No agonizing border waits & all that stuff anyone can be subjected to crossing the Canada/U.S. border regardless of what citizenship you have. Yes, much easier for you American folks to full time without all the complications that we Canadian folks face trying to do the same thing in your warmer country…………………… 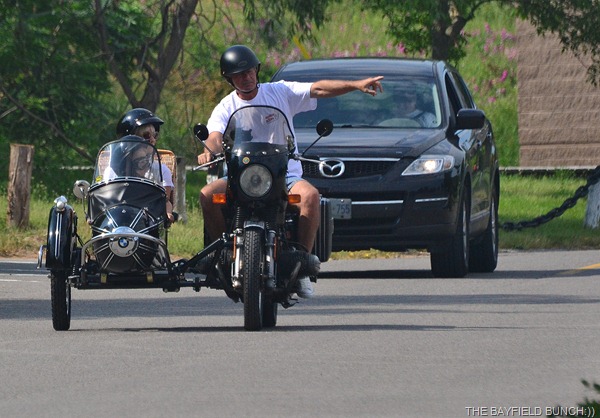 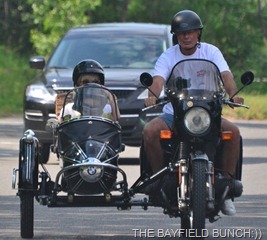 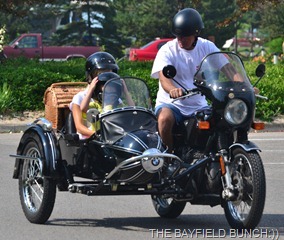 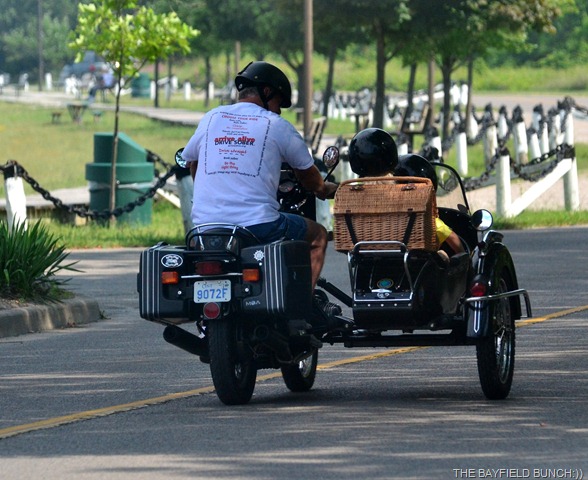 In a nutshell......our day was horribly humid. We entered the forest this morning wielding large Samurai swords to fend off hordes of attacking insects. Neither Kelly or I left our house after 9 a.m. (until this evening when we slipped into Bayfield for ice cream:))  A/C on & fans going full tilt all day. Felt sorry for Pheebs because I know she was wanting to head out for a walk. I knew if I tried to take her out I would just turn into a big ball of sticky paste in minutes. And it is predicted to be like this all week with Tuesday being worse than today. Just goes to show how being trapped in a house by summer’s heat & humidity is just as unhealthy as being trapped in a house by winter's blustering snow & cold. 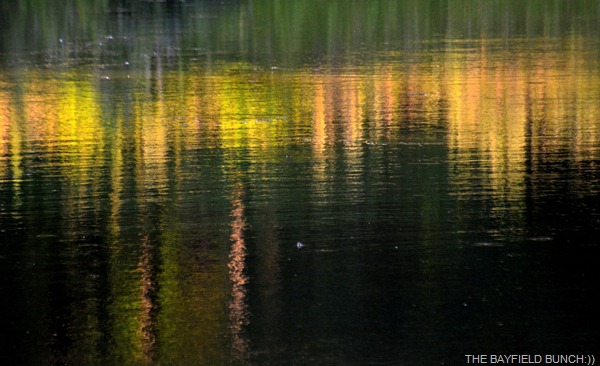 GROANER'S CORNER:(( Six guys were playing poker when Smith loses $500 on a single hand, clutches his chest and drops dead at the table. Showing respect for their fallen comrade, the other five complete their playing time standing up. Roberts looks around and asks, "Now, who is going to tell his wife?" They draw straws.
Rippington, who is always a loser, picks the short one. They tell him to be discreet, be gentle, don't make a bad situation any worse than it is. "Gentlemen! Discreet? I'm the most discreet man you will ever meet. Discretion is my middle name, leave it to me."
Rippington walks over to the Smith house, knocks on the door, Smith’s wife answers, asks what he wants.
Rippington says, "Your husband just lost $500 playing cards."
She hollers, "TELL HIM TO DROP DEAD!"
Rippington says, "I'll tell him."