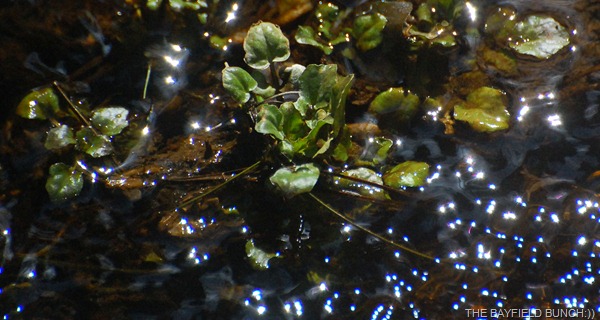 A SPRING STREAM RUNNING NEAR OUR HOUSE THIS AFTERNOON

So nice to hear Peeper Frogs out around our front yard pond & nearby forest Monday night. Temperatures have come up & the frogs have come out. They are tiny little fellows & it's rare to see them. But every year we sure can hear them & I always look forward to that welcoming nocturnal Frog concert on these warming Spring nights. 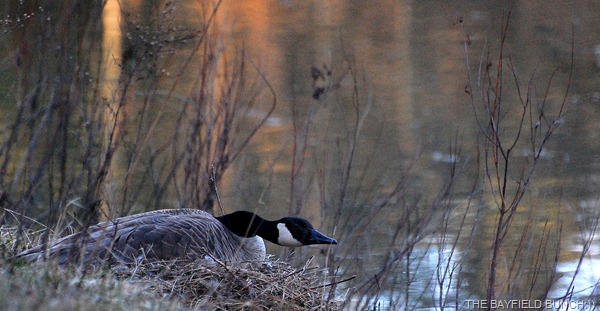 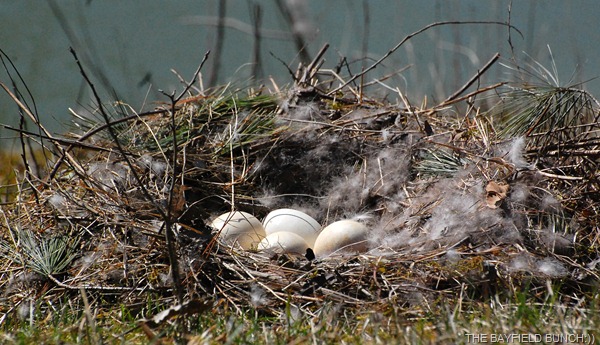 It was a mild rain we awoke to this morning & that was OK because the key word there was mild. Like many, I spent time in front of the television early this morning watching news reports coming in about the Boston Marathon tragedy. Man's inhumanity to Man. It has been with us from the beginning of time & will be with us to the end of time. So very, very, sad.......................... 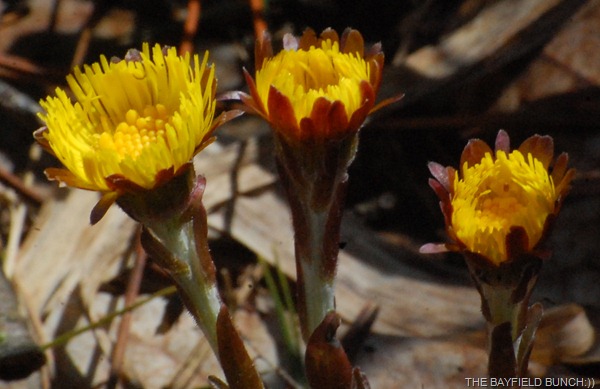 First order of business this morning was to drop off our Sunseeker at the BAYFIELD GARAGE for it's mandatory safety inspection prior to it's Canadian registration. We are in the final stages of having this whole 'importing' thing behind us. Final step will be putting our license plates from the Damon Motorhome back on the Sunseeker with a new 2013 sticker. {Update} As expected, the Sunseeker past it's safety inspection. Kelly headed off to Clinton with the paperwork & we now have the license plates/tags on the rig with this year's updated sticker. It is done:)))))))) 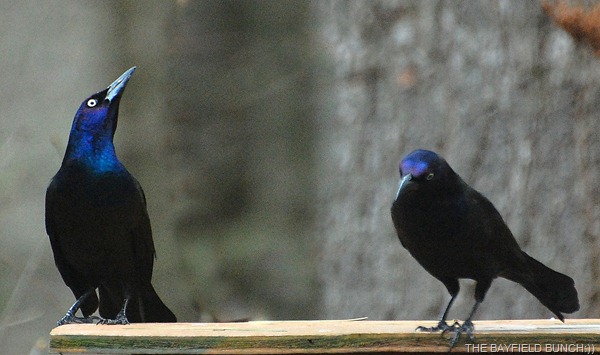 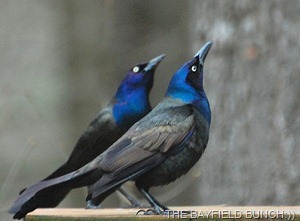 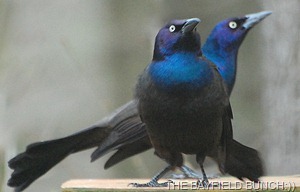 A PAIR OF GRACKLES DROPPED IN THIS AFTERNOON
For me, it was Kelly's Eulogy at Uncle Harry's funeral service Monday afternoon that carried special meaning & I will always remember that. Despite the weather-people earlier predicting a 60% chance of rain, the day held, temperatures came up & a warm breeze made our time at the Stratford's Avondale cemetery easier. The warmer temperatures were especially nice for Aunt Jean who was already struggling through the day without having to deal with rainy damp cold temperatures as well. Power has been restored to Jean's Motel in Shakespeare & I'm sure she finally had herself a restful night's sleep.  But her pesky tough luck still follows her.  Feeling a little hungry late Monday afternoon she decided to drive to a Shakespeare diner she had seen near her Motel.  It was out of business.  Oh well she thought, I’ll just drive the 3 short miles to Tavistock & see what relatives Mary Ann & David were doing for supper.  Nobody home.  Ok, I’ll slip up to Quehls Restaurant in Tavistock.  Closed on Mondays.  However, not to be discouraged, Jean knew there is always one place in Canada open 24/7.  Tim Hortons coffee shop & that is where she contentedly sat herself down & finally had herself a mighty big bowl of soup:)) 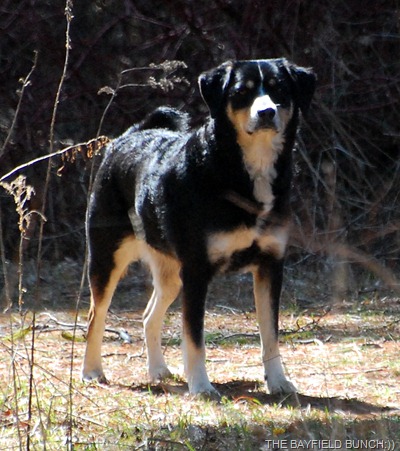 Aunt Jean plans to remain in that Shakespeare, Tavistock, Punky Doodles Corner area until the week-end visiting friends & then come up our way for a quiet week by the lake near us. We would have Aunt Jean stay with us but we do not have a guest room. Aunt Jean & I are much alike so I know she will be looking forward to spending some quiet independent time by herself. For some of us it is the best way we re-charge & energize our tired, weak, & depleted batteries.

A PAIR OF COOING MOURNING DOVES

The bulk of what seemed an unending list of difficult tasks just a week & half ago are now already behind us.  Still some formalities with Uncle Harry’s estate but for the most part things have remained steady & well organized.  Screwing the license plates onto the Sunseeker this afternoon brought a final end to that ordeal.  With everything smoothly falling into place it didn’t take Pheebs & long to get ourselves into one of our old routines at lunch time.  We Jeeped ourselves off to the Sub shop in Bayfield for a 12” Cold Cut Combo:)) 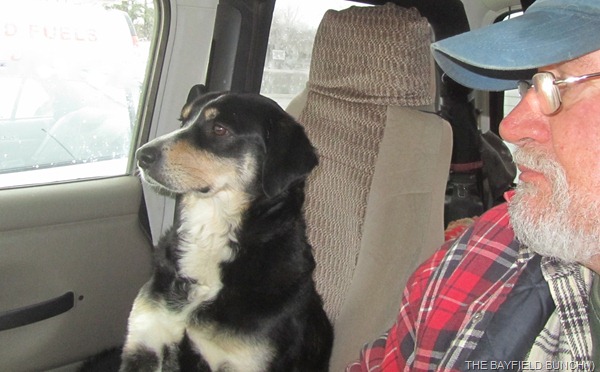 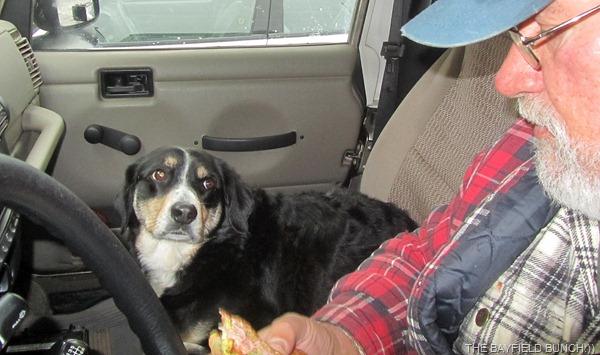 AW COME ON DAD HOW’S ABOUT GIVING ME THE REST

Our cool drizzly morning finally gave way to a change this afternoon.  About 2:15 old Sol popped out of the clouds & 10 minutes after that Bayfield AL popped out of the house.  Sunshine has a habit of doing that to me. 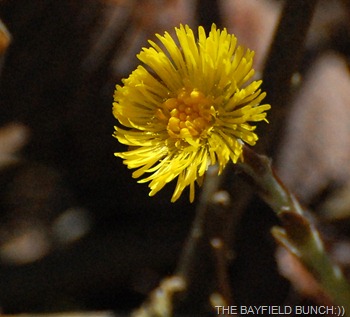 Haven’t been keeping tabs on my Blog Followers list on our sidebar lately but did notice today we had a new blog follower.  We welcome Chris from THE LAZY DAZE COMPANION.  I think Lazy Daze RV owners will find this site particularly interesting.  Appears to have a lot of tips & good info on Lazy Daze Motorhomes. 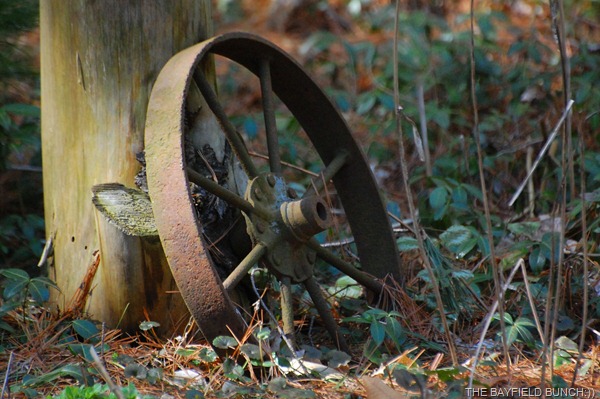 GROANER’S CORNER:((  Airhead Airlines, Flight 101, is coming in for a landing, and the pilot is freaking out. The sweat is jumping off his brow.  The planes lands and screeches to a halt. He turns to the co-pilot, and says, "Man, that is the shortest runway I ever landed on."  The co-pilot says, "Yeah, and so wide." (might have to think on that one for a second)