Afraid I’m having myself another one of ‘those’ days. Couldn’t seem to get my blogging mind into gear again. Happens to me every Spring upon returning home. Just kind of get myself into a blogging funk until I can get myself re-interested in where I am & what I’m doing. 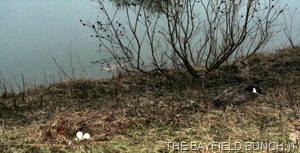 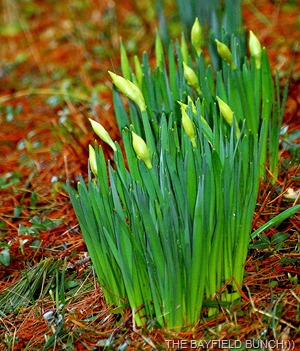 Power is still off over a wide area east of us from Thursday night’s ice & wind storm & that includes Aunt Jean’s Motel in Shakespeare Ontario. This afternoon she ran into snow squalls driving her newly rented car from Stratford to Tavistock. Looks like she will have to spend another night on Mary Ann’s couch & she told Kelly on the phone this afternoon this will definitely be her last time in Canada!!  I remember last year at this time the flowers were blooming, buds were out on the shrubs & trees & everything looked & felt so nice.  Right now our front yard looks like it would around the first week in March.  Drab:(( 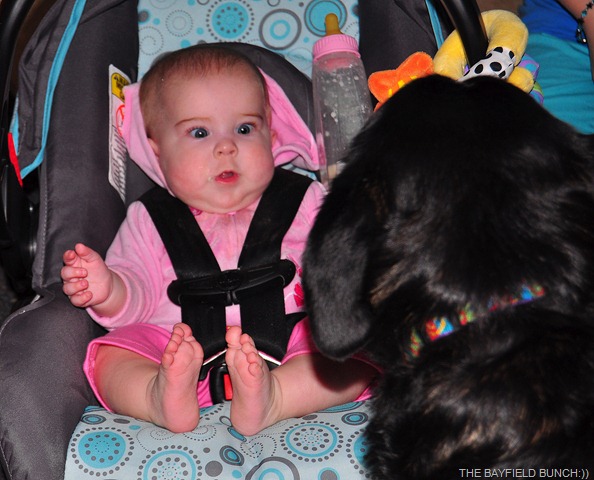 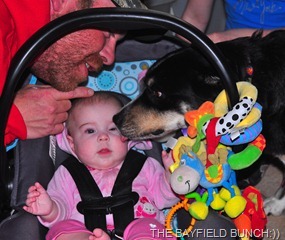 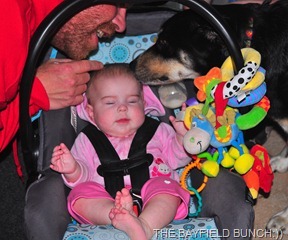 IT WAS JUST A YEAR AGO AROUND NOW THAT PHEEBS MET A BABY:))

We barely made 40F today but at least the rain stayed away. Just a few drops followed by some lost snow flakes. Amazingly enough we even had ourselves half a dozen brief sun splashes later this afternoon before the cloud cover solidly socked us in again. I was able to make a dent in the outside yard clean-up today taking a trailer load of pine needles & branches to our yard waste recycle area.  Tonight I am hobbling around like a really old Geezer.  And that happens every Spring as well when unused leg & back muscles are once again pressed into service.  Seems to get a little harder every year now though…………:(( 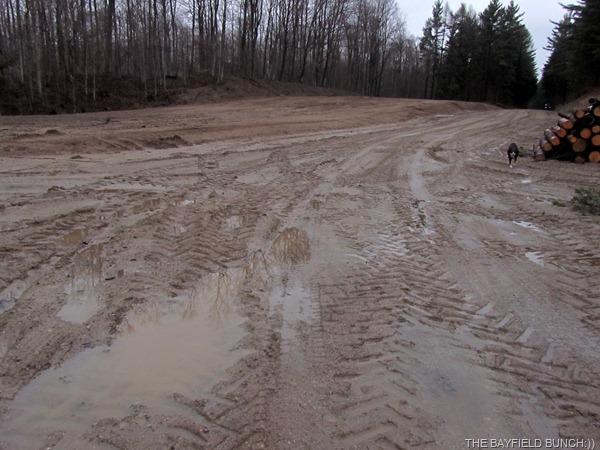 NEARLY GOT THE JEEP ANCHORED HERE THIS AFTERNOON

Had meant to include a couple photos in Fridays blog & forgot.  The Sunseeker undergoing it’s ‘Import’ inspection at Canadian Tire & getting the bike started after 5 months in storage. 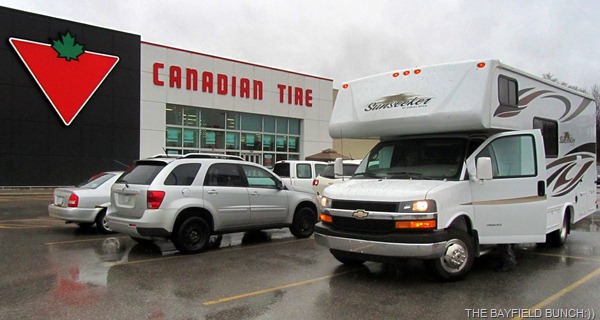 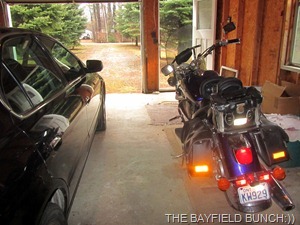 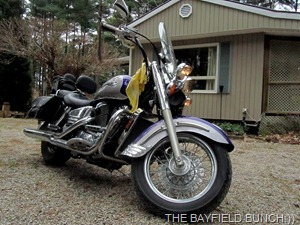 ---
GROANER’S CORNER:(( A college boy takes his girlfriend to a football game. It's the first football game she's ever seen, and afterwards he asks her how she liked it. "Oh, I really liked it," she says, "but I just couldn't understand though why they were killing each other for 25 cents." "What do you mean?" "All they kept screaming was: Get the quarter back. Get the quarter back."
-------------------------------------------------------------
- Tourists see the world, travelers experience it.
- Home is where your pet is:))
- "If having a soul means being able to feel
love and loyalty and gratitude, then animals
are better off than a lot of humans."
(James Herriot)
- The pessimist complains about the wind; the optimist expects it to change; the realist adjusts the sails -William Arthur Ward
- The only thing better than right now will someday be the memories of right now...AL.
- It is not so much having nothing to do as it is not having the interest to do something....AL.