FRIDAY I HAD THE JEEP’S STEERING WHEEL IN MY HAND:)) TODAY, A PAINT BRUSH:(( 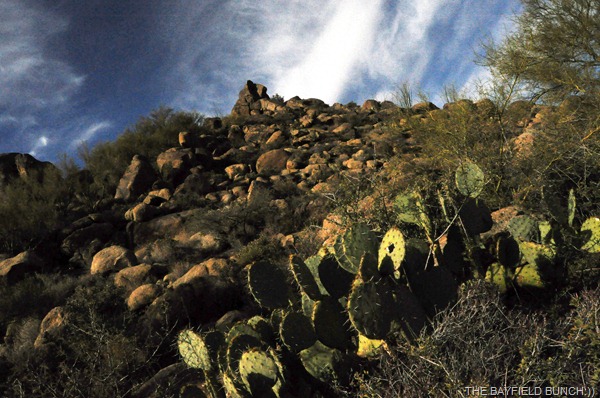 Ran out of oatmeal so had a donut for breakfast.  That is definitely not a good way for me to start the day.  Any kind of dough product first thing in the morning generally leaves me feeling like I swallowed a lead cannonball.  My body goes into overdrive trying to process the dough wad leaving me energyless.  Not too darn smart again Al:(( 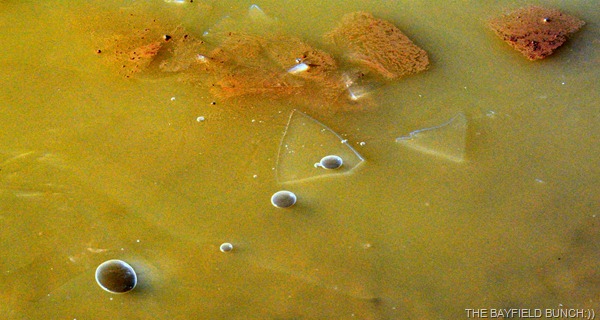 Not a whole lot going on today. A bit cloudy & kinda on the colder side.  Kelly headed off to Wickenburg for some groceries (oatmeal) & Thrift Store cruising.  I worked on getting myself into paint mode & was soon busy with my bedroom paint project.  Finished another wall & finally completed the chimney.  That was not an easy job, with all the tiny holes in the bricks & mortar.  I’ll not be doing that again!!  Many trips up & down the ladder took a toll on my legs.  Kelly picked up some Aleve today so I’ll try that & see if it helps.  If not, I’ll try something else.  Folks have mentioned Motrin & Excedrin.  And, Kelly said, no Tylenol pain meds at the Wickenburg CVS store.  Clerk said she didn’t know why.  Strange eh……………. 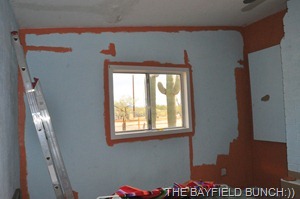 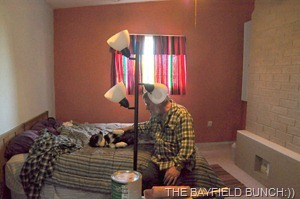 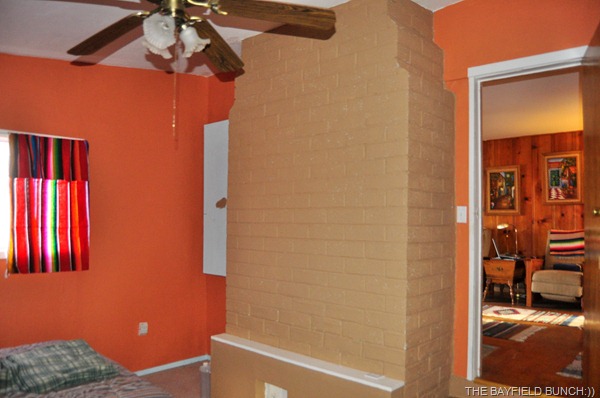 AM HOPING TO FINISH UP THE BEDROOM PAINT JOB SUNDAY

Winter is a great time to be out & about walking, hiking, biking, or Jeeping in the deserts of the south-west.  For the most part, no bugs, no Rattlesnakes & no Scorpions.  No energy draining heat or humidity.  Nice.  I think one of the big attractions for us in the west are the sweeping vistas.  The wide open spaces.  The ability to see for miles upon miles in any one direction much of the time.  In Bayfield we are surrounded by Pine trees, forests, & farm lands.  We are also only a mile from Lake Huron which of course is almost like living by the ocean.  Quite a change in our surroundings twice a year & it is this changing environment which keeps my interest…..interested:)) 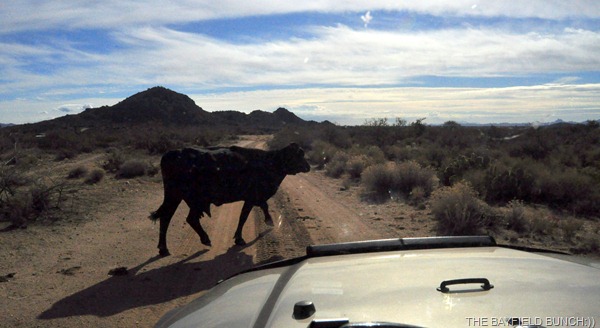 WE ARE SOMETIMES HELD UP BY HEAVY DESERT TRAFFIC

Always quality photos & posts over at BOX CANYON BLOG.  Check out Mark’s December 24th post titled, ‘THE MAN IN THE WINDOW.  I always enjoy his human interest approach, his imagination & his creativity.   And of course, his superb photography.  He sure knows his way around a camera. 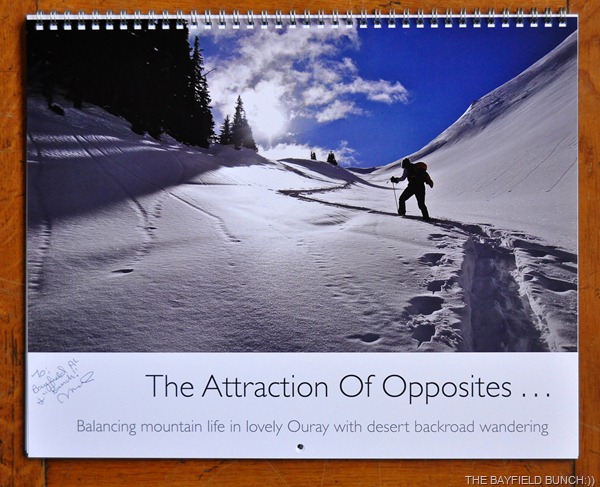 When Kelly picked up the mail today on her way back from Wickenburg we were surprised to find a package from Mark.  In it we found a quality 2013 calendar of Mark’s photography.  What a great idea & how thoughtful to send us one with an included note & card.  The card is from an original watercolor by Mark’s wife, Bobbie.  Be sure to check out the beautiful watercolors at BOBBIE JOHNSON ART.  Between Mark & Bobbie, they sure have a wealth of talent going for them. 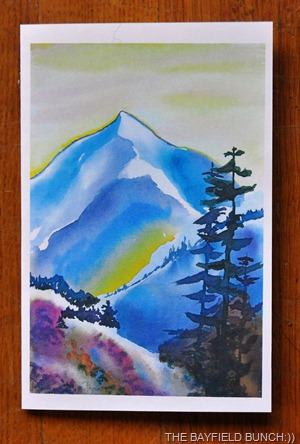 Two new Blog Followers to welcome today.  DiAnn from CHIRICAHUA SKY ISLAND, RODEO has joined the Bunch.  That Chiricahua mountain area of New Mexico & Arizona sure holds many nice memories for us.  And, ENCOURAGE ONE ANOTHER also joins us on our travels.  Really like the header picture at this site. 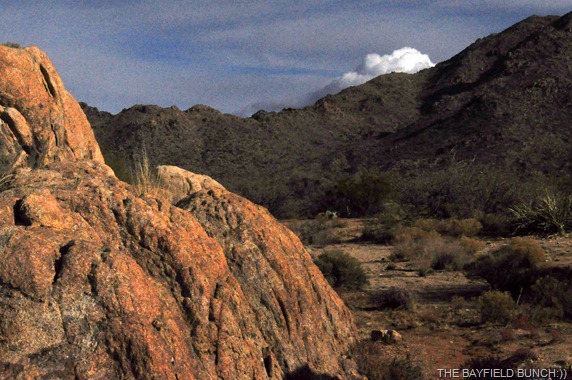 GROANER’S CORNER:)) After the Great Britain Beer Festival, in London, all the brewery presidents decided to go out for a beer. The guy from Corona sits down and says, "Hey Senor, I would like the world's best beer, a Corona." The bartender dusts off a bottle from the shelf and gives it to him.
The guy from Budweiser says, "I'd like the best beer in the world, give me 'The King Of Beers', a Budweiser." The bartender gives him one.
The guy from Coors says, "I'd like the only beer made with Rocky Mountain spring water, give me a Coors." He gets it.
The guy from Guinness sits down and says, "Give me a Coke." The bartender is a little taken aback, but gives him what he ordered. The other brewery presidents look over at him and ask "Why aren't you drinking a Guinness?" and the Guinness president replies,
"Well, I figured if you guys aren't drinking beer, neither would I."