TONIGHT MARKS OUR FIRST OFFICIAL NIGHT IN THE HOUSE:)) 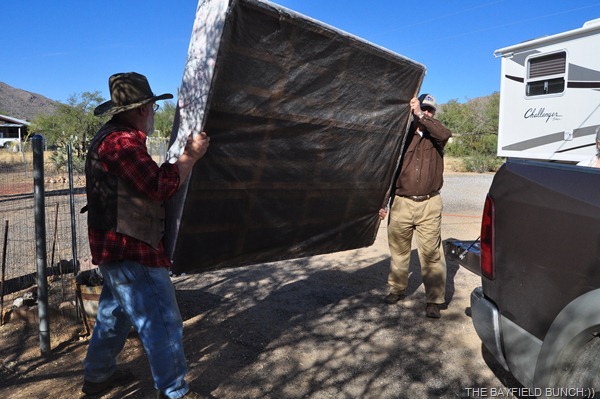 YEP, GONNA HAVE ME A BIG BED TO SLEEP ON TONIGHT 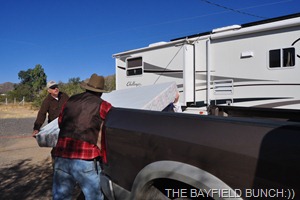 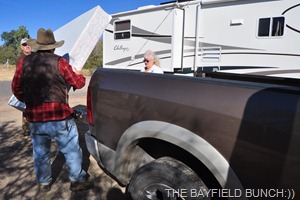 I think it was a combination of both mental & physical fatigue that came together knocking both Kelly & I down for the count late Saturday afternoon.  We were tired, we were discouraged & we were happy.  We had been busy all day.  Kelly was out wheeling, dealing, & garage sailing over at North Ranch & I kept my wheelbarrow on the go putting an ever larger dent in our big pile of crushed stone. 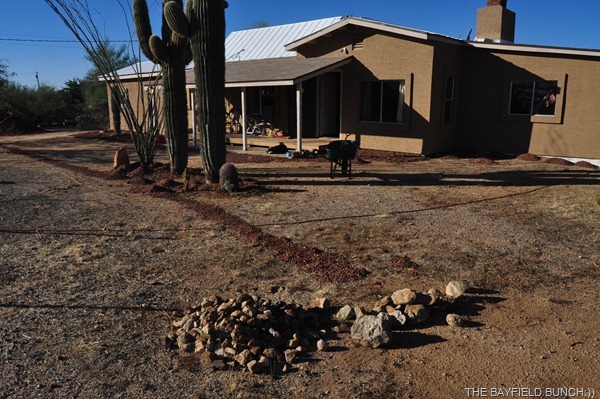 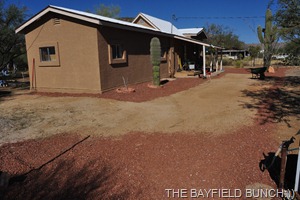 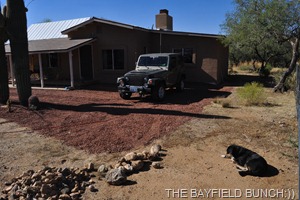 I’M GETTING THERE, ONE WHEELBARROW AT A TIME:))

When you buy an older house like the one we have, problem solving becomes job 1.  Between the two of us we have been doing reasonably well at handling the daily challenges & unfamiliarity's confronting us.  This is not something new for us.  We did the same thing when we moved into the old farmhouse back in 95.  Did it again with our Bayfield move in 2002 & we’re doing it again now here in Congress.  With our matching ‘let’s get er done’ personalities we have a tendency to fly right into things & I think it was just that flying right into things that temporarily caught up with us Saturday. 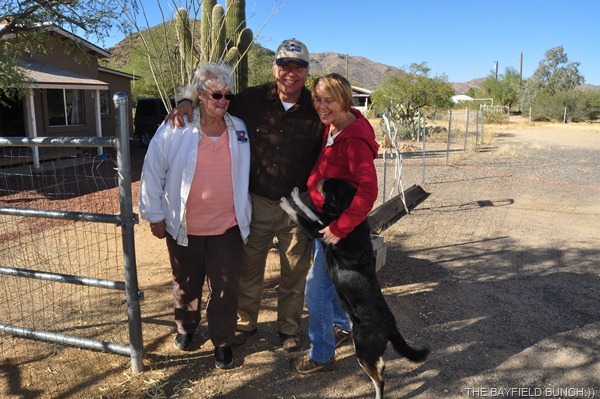 I totally fell asleep in my recliner after supper & stayed there the entire night.  Never once looked at my computer.  Never even got out of my clothes into my jammies.  I will blog more about some of the things that have taken place in the last couple days, a bit later. 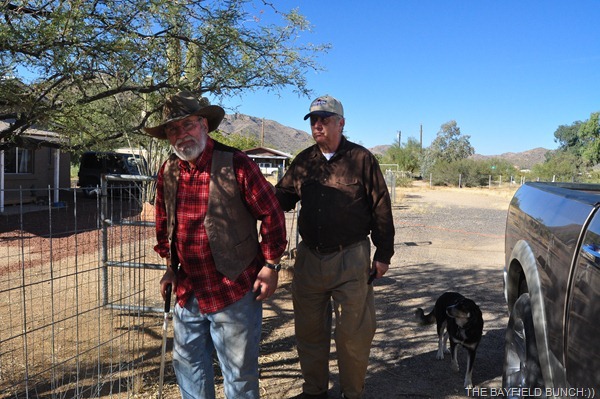 Health wise, I have run into a problem.  Readers may remember me complaining a bit about my legs off & on.  Especially last Spring when I had some X-rays etc.  The problem seemed to clear up for the summer, but in late August while working at rearranging our back yard I began having difficulty with my upper right leg & thigh area.  To make a long story short, this problem has steadily been getting worse & I am at a point now where it is difficult for me to walk without the aid of a cane because of the pain in my hip area.  Today in particular, was the worst day I have had. Not wanting to sound like a complainer I have only slightly alluded to this problem a couple times in my posts.  I had been optimistic the problem would clear up ‘any day now’.  Been missing most of our morning walks since we arrived in Congress & am discouraged at the thought of not being able to get out on any of our usual southwest rock scrambles.  Doubly discouraging is the fact I have a lot of enjoyable things I have been looking forward to getting done here on the property.  If I don’t move my leg, I have no pain, but I’ll be dammed if I am just going to sit here like a bump on a log every day. I think I may have a hip going sour on me. 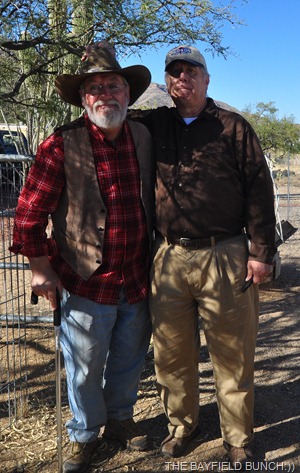 So, that’s what’s been happening here & I figured I might as well get that out & up front.  It’s one of the reasons I have been stuck taking so many photos around the house & property.  And, one of the reasons my posts lately haven’t included any of our usual day trips, hikes or travels.

Monday, I hope to get myself back into blogging mode & posting mood again.  Want to tell you about how friends John & Jackie really helped Kelly & I today, how a washing machine took care of our laundry woes but nearly flooded us out when a plugged drain pipe backed everything up.  A hamburger at the Arrowhead Saloon that made me give silent thanks for my Doctor putting me on Crestor last summer & the wind blows our back door open while we are away….but Pheebs was home, & slips outside looking for Mom & Dad.  Loading heavy mattresses into a pick up truck today & yay, tonight will be our first official night of sleeping in the house.  Monday or Tuesday I hope to answer a few more questions from readers emails, comments, & Shout Box queries.  And Scott, about towing the Jeep, crankcase, transmission, etc, I’ll have an email headed your way shortly:)) 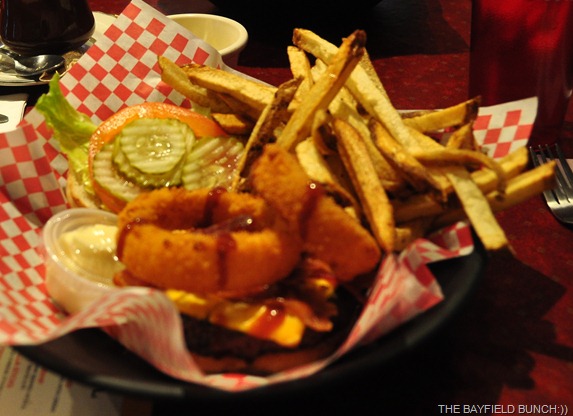 And, would you believe it has been warmer back home in Bayfield Ontario than it has been here in Congress Arizona.  We ended up down around the freezing mark Saturday night.  However, we have a pleasant warm up on the way:)) 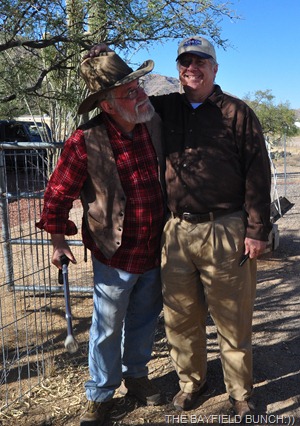 IS THAT REALLY YOU UNDER THAT HAT JOHN??

GROANER’S CORNER:((  A young man asked an old rich man how he made his money.  The old guy fingered his worsted wool vest and said, "Well, son, it was 1932. The depth of the Great Depression. I was down to my last nickel. I invested that nickel in an apple. I spent the entire day polishing the apple and, at the end of the day, I sold the apple for ten cents.  The next morning, I invested those ten cents in two apples. I spent the entire day polishing them and sold them at 5:00 pm for 20 cents. I continued this system for a month, by the end of which I'd accumulated a fortune of $1.37.
Then my wife's father died and left us two million dollars."