KELLY NABS A BIRD IN WICKENBURG

OBVIOUSLY, I AM A LITTLE SHORT OF PHOTOS TONIGHT:((

At 5:30 this morning, standing quietly in our front yard doing a bit of stargazing, I listened to ‘Roosters in stereo’.  Two of the fellas across the road to our northeast & one fellow around the corner to our south.  Nice:)) 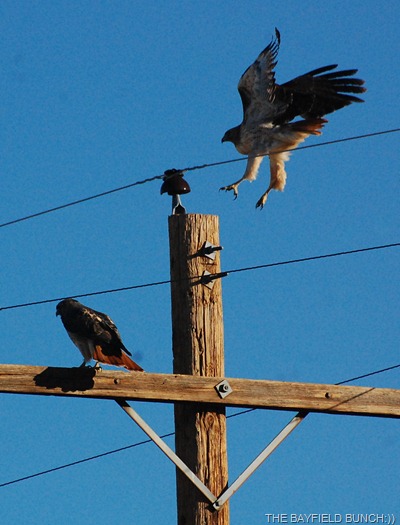 Patience for tiddly piddly fiddly things has always been a challenge for me & now at age 68 I seem to have even less of whatever patience I had ever once had.  So it was this morning as I tried to affix a new camera strap onto my Nikon D90 camera.  I would probably have a better chance of climbing Mount Everest backwards.  I was all thumbs & once more it was Kelly to the rescue.  Between the two of us she managed to fasten the strap securely onto the camera. I am such an impatient boob with fiddly stuff like that:((

I don’t know why I wake up cranky some mornings, but I do & I don’t like it.  If I catch myself early enough in a cranky mood, I have learned a few ‘don’t do’ things over the years .  I have learned not to attempt to do something first thing in the morning that is going to make me even crankier for the whole rest of the day. (refer back to tiddly fiddly piddly) 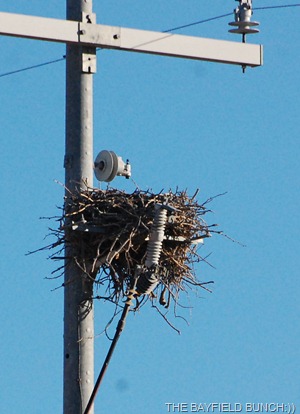 It was kind of a last minute thought this morning but Kelly was out the door headed for town to track down one of only two Thanksgiving Turkeys left in Wickenburg Arizona. She caught up with the bird at Bashas’. How did she know there were only 2 Turkey’s left? She phoned both Safeway & Bashas’s ahead of time & put a hold on the Basha Gobbler until she got there. Turkey with all the fixins for us tonight.  Yummy in the tummy.  It’s very rare for me to eat large meals anymore but tonight I made an exception.  I ate til I exploded:((

Been nearly a month since Kelly bought a new Acer Aspire 1 Netbook.  Tonight, she finally opened the box & kicked it into gear. 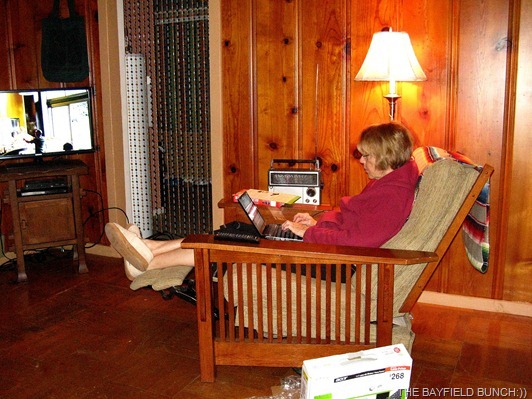 OOOOPS, PHOTOGRAPHERS FAUX PAS…LAMP GROWING OUT OF THE SUBJECT’S HEAD:((

Turned out to be a relaxing kind of day & we actually got ourselves slowed down enough to spend some restful time on our front porch.  Kelly read her Michael Crichton novel & I browsed through a Cactus book.  Pretty exciting stuff I’d say……….