KIND OF A PHEEBER SMOOCHING MORNING 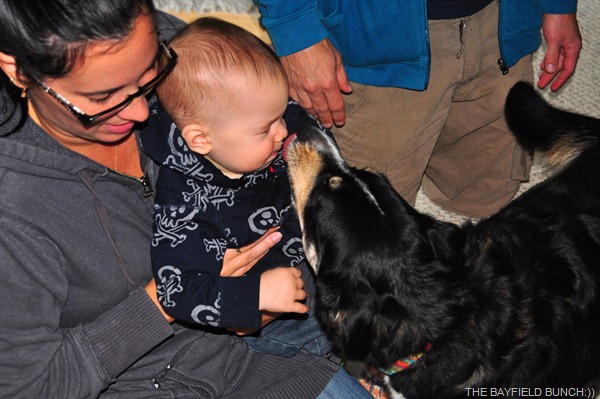 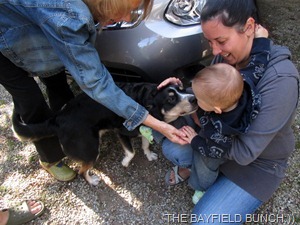 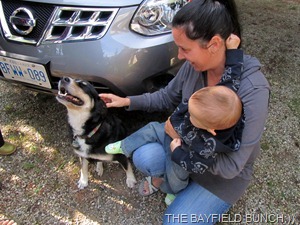 PHEEBE MEETS REEVE & LAYS A BUNCH OF SMOOCHES ON HIM

There is something about hospital or medical center waiting rooms that kind of reaches deep into one's inner self & dredges up those unthinkable thoughts in the final moments before you are seen by your Doctor. Just you & your soul sitting alone in one of those sterile rooms with only the whirring & humming of the buildings inner workings to keep you company. Maybe a door closes somewhere, mumbled voices from another room, or an intercom paging someone. No soft music to sooth nervous apprehensions. Footsteps in the outer hall are heard to pass, but it is the footsteps that stop at your door that are heard loudest. You have been sitting there for maybe 5 or 25 minutes.  Could this be the day one's life changes. Will I walk out of this room with the same train of thought I walked in with? If my PSA numbers are higher, will this mean more tests, more appointments & more whatever's.   Would this mess up our winter plans? Might this mornings PSA number even mess up the remainder of my life…………:(( 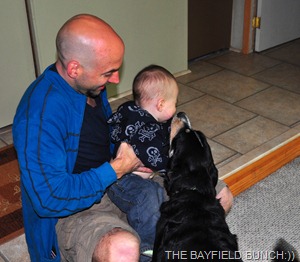 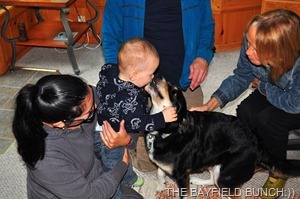 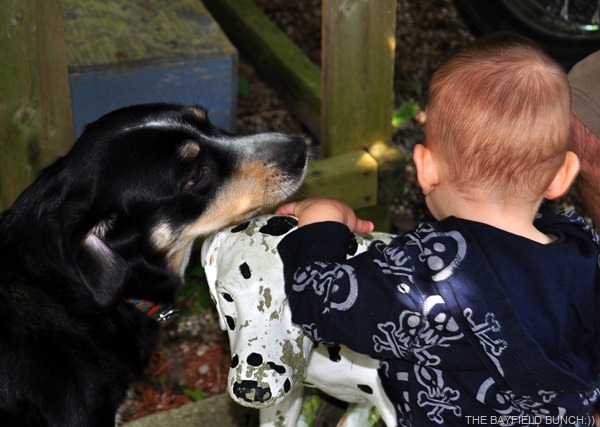 Footsteps in the hallway again & this time they are headed my way. Urologist, Dr. Bukala appears at the door & enters the room with a 'Good Morning' & laptop in hand. Sits at a desk, opens the laptop, pauses & turns to me & says, your PSA numbers have gone down:)) Good news I immediately think, our travel plans are intact. He wrote out some paperwork for another test but I said we would be in the American south-west until next April.  “That’s fine, he said, “I’ll see you around the end of April”. He then surprisingly turned to me with a slight smile and about a half dozen questions regarding Arizona. We had a nice chat for a few minutes & with my lower PSA numbers I drove home enjoying the scenery even more than before.  Let’s get this show on the road:)) 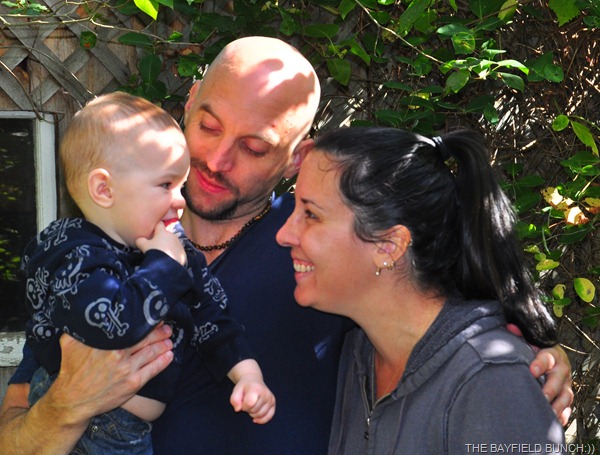 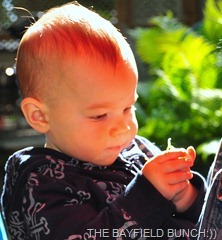 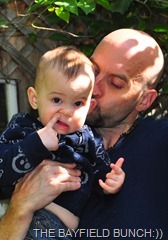 AND NO, MY FINGER IS NOT IN MY NOSE!!

Kelly's oldest Son Jason & wife Kim, along with their 1 year old Son Reeve dropped by this morning. Jason had taken a couple work days off & they spent a night at DEER PARK LODGE. Pheebe & Reeve hit it off right away. Pheebs loves kids & Reeve took to Pheebs right away. Easy to see how these two guys could become fast Buddies. 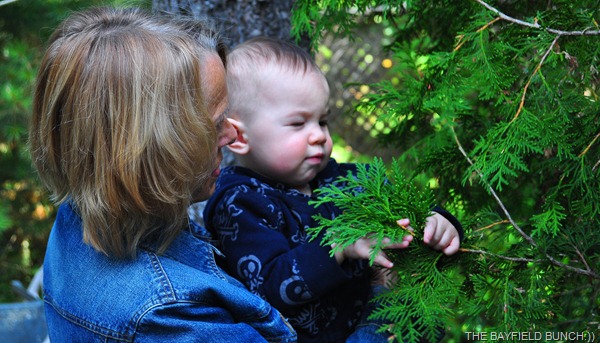 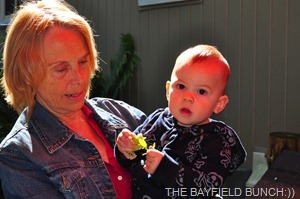 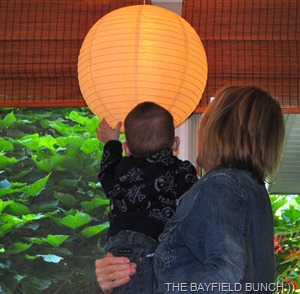 SO MANY NEW THINGS TO DISCOVER AT GRAMMA’S HOUSE

Continued with my back yard project today & removed a small plastic tub pond that I had put in about 6 years ago. It was completely filled with a solid mat of Marsh Marigold & Bull Rush roots. That solid mat of roots & mud had to have easily weighed 50 or 60 pounds. Couldn't cut through it, couldn't lift it, so had to get my hands in & drag it out & roll it into my tipped over wheelbarrow. Then had to tip the wheelbarrow upright. Made quite a muddy mess of myself. Love it. Transplanted about two thirds of the ferns but doesn't look like I will be moving any of the bamboo grass any time soon. That root system is like cement & my shovel would not cut through it. If I do decide to relocate it I will have to use an axe to hack through the roots. 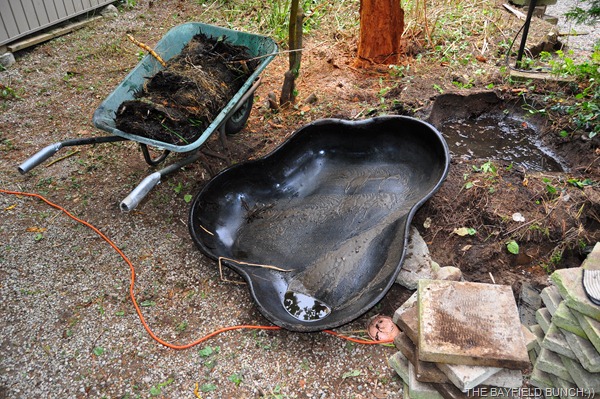 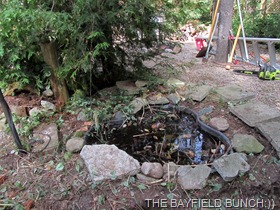 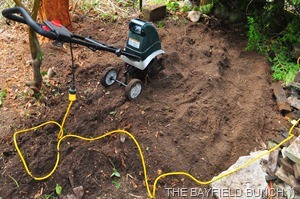 BEFORE & AFTER…..WITH A BIT OF ROTOTILLING ALL TRACES OF THE POND WERE GONE 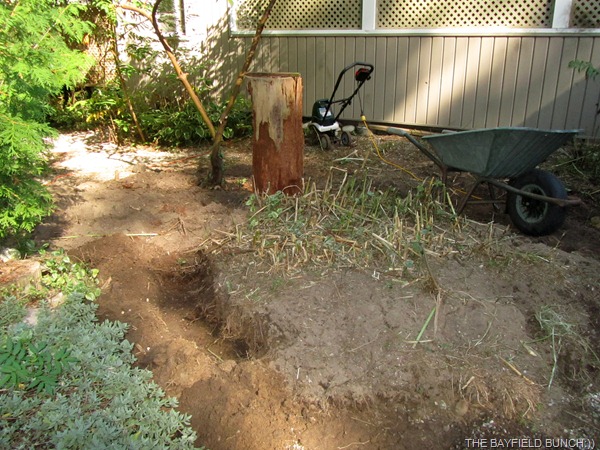 Noticed we have 2 new Blog Followers this morning.  Can’t remember if I welcomed BONNIE HAILE before or not but if not, welcome aboard Bonnie.  LORI WOLFE joins us as our latest passenger.  Thanks for jumping through all the hoops & barrels to join our list ladies:)) 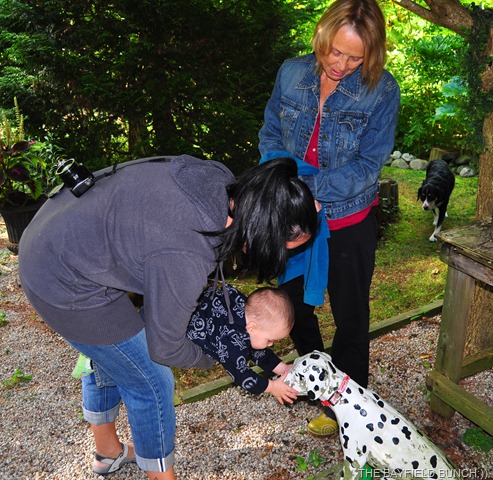 Well, George from OUR AWESOME TRAVELS did come clean with us all today, just as we hoped:)) Be sure to stop around & read what George did & how he undid his black tank problems. Good thing we RV'ers all have a sense of humor about these kinds of things. Not humorous at the time of course, but even black tank disasters can be kinda looked back on with a smile after awhile. And, it's these kinds of smiles & posts that may save someone else with the same set-up as George from making the same mistake.  Or, would that be mistakes:)) 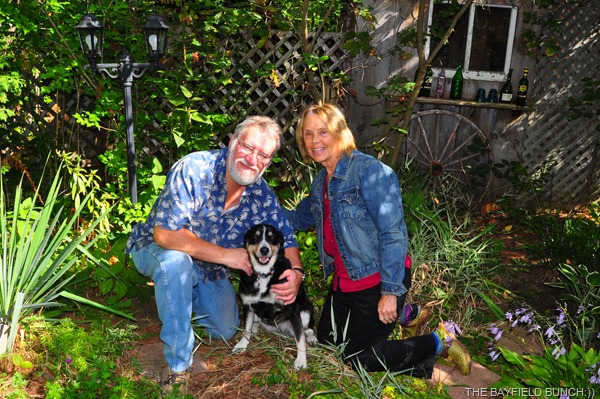 GROANER’S CORNER:((  A brunette suspects her boyfriend of cheating on her, so she goes out and buys a gun. She goes to his apartment unexpectedly and when she opens the door she finds him in the arms of a redhead. Well, the brunette is really angry. She opens her purse to take out the gun, and as she does so, she is overcome with grief. She takes the gun and puts it to her own head. The boyfriend yells, "No, honey, don't do it!!! The brunette replies, "Shut up, you're next!"