PHEEBS & I WERE OFF ON A MISSION THIS MORNING 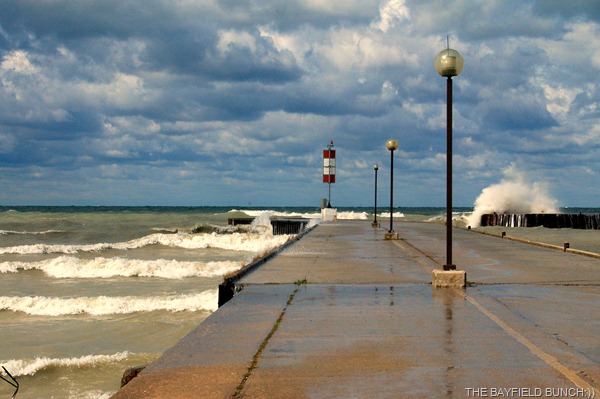 Within a couple hours of getting up this morning I knew I had a purpose for the day. On her computer Real Estate site Kelly had spotted another house & 1 acre piece of property for sale northeast of Bayfield. Problem was, it was over 70 miles away & much further than our preferred area of thinking. No matter, Pheebs & I had ourselves a mission. 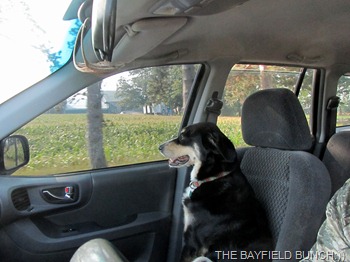 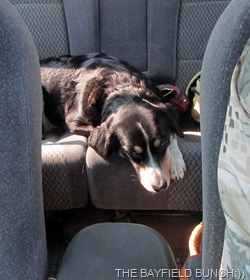 Kelly headed into work with the Jeep at nine. Five minutes later the Kid & I were in the air conditioned Santa Fe with the pedal to the metal heading for a little burg of a place called Elmwood, north of Hanover Ontario. You might call this area the very southern end of the great expanse known as Northern Ontario. Well, we needn't have hurried off in search of Elmwood so fast because I doubt the house & property at it's northern edge will be selling any time soon. Took us an hour & a half to get there & within seconds of driving onto the property I knew the place was a bust. Located beside a busy north/south highway the non stop sound of streaming heavy traffic swooshing by was steadily in the air. Only sound Kelly & I ever want to hear when stepping outside anywhere is just the wind & the bird's in the trees. The piece of property itself wasn't bad had it been located elsewhere on a side road. The house, which actually turned out to be nothing more than an old narrow house trailer, was a disaster. Somebody had started renovating it & given up. Lots of old trailer debris scattered about. The approximate 12 x 50 foot trailer still had it's original rubber tires & towing tongue on it. Cracked off a few quick pics, jumped back in the car & Pheebs & I couldn't get out of there fast enough. Think we might have even spun up some gravel on the way out. Oh well, it gave us something to do on a sizzling summer Saturday morning & we got to drive some roads & see some new scenery.  Stopped in Wingham Ontario at a Subway & split a 12" Tuna sub with no onions. You know what kind of a mess we made so I won't have to go into all that again. We were back home by 12:45 & by 1 o'clock I was crashed in my recliner & the Pheebs was out like a light on the couch. Yep, mission accomplished. 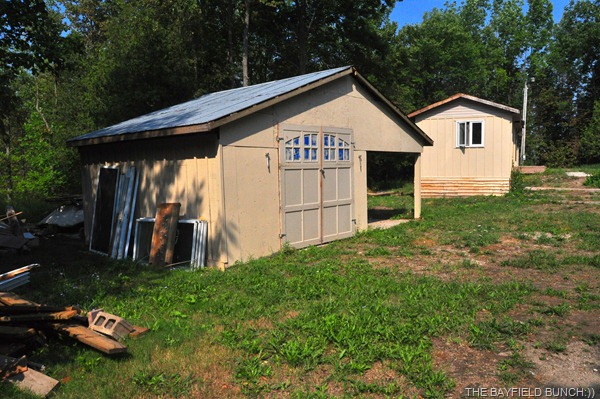 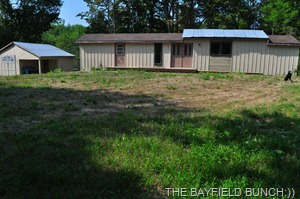 No doubt this has been the hottest summer of ever & we had another heavy humid & crushingly hot day sitting right on top of us. One could go outside, stand still, & sweat!! We sure appreciated the A/C in the car & the house today. 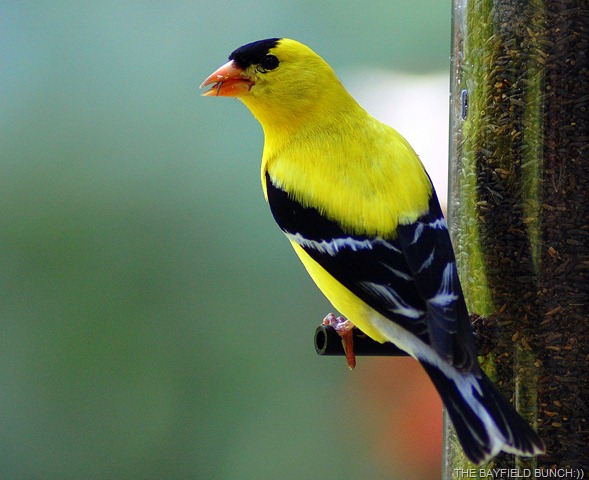 We decided not to take our bicycles to Arizona this winter so Friday morning I busied myself taking off the bicycle carrier I had put on the Motorhome a couple months ago. Our first couple years traveling we took our bikes with us but didn't end up using them enough to justify the hassle of them bumping around on the back of the rig. I was happy not to have to carry bicycles the last 3 years. I think if we had a Motorhome Toy Hauler it would be a different story but we don't so that's the end of that little story. 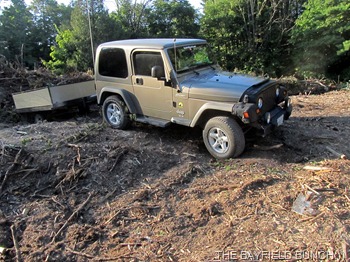 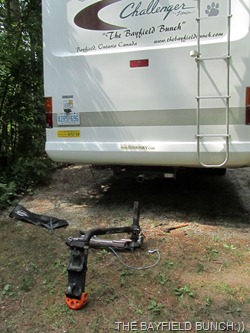 Must say I do like the look & feel of Microsoft's new OUTLOOK emailing program. They are going to phase out Hotmail which I never cared much for anyway. Not exactly the old Outlook Express but there are shades of it in the new Outlook. It looks cleaner & the printing & graphics seem easier for me to read.  And, so far, from what I can see, it is advertising free. How great is that. No more of those horridly annoying flash ads on the side. We switched over to the new Outlook a few days ago & so far I do not have a single complaint. Now isn't that nice for a change. Still liked our old Outlook Express best but I guess that’s kind of like saying I would like driving a Dinosaur better than a Ferrari. 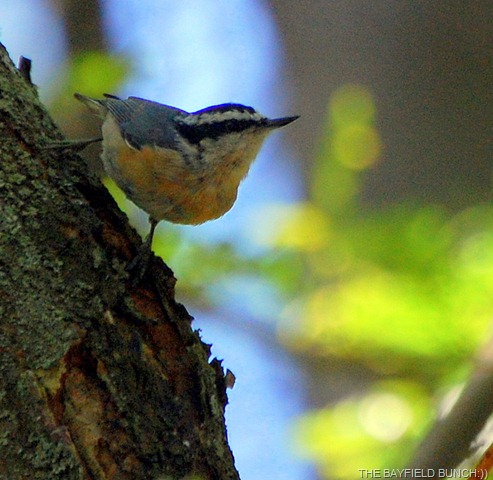 Can you imagine making one cup of coffee last 4 hours. And, a decaffe at that. When my long time friend Jim & I get together for coffee, our sessions always last 3 or 4 hours so I have to carefully space out my decaffe sips to make it last. Can we say…’cold coffee’. Getting a second cup of coffee is not an option anymore & Friday afternoon was no exception. Both Jim & I were once truly addicted coffee hounds years ago. He no longer drinks coffee at all & I am down to one a day. We have been friends since 1979, best man at each others weddings many years ago & between us over the years we have solved many of the world's worst woes several times over. We always meet at a Tim Horton's coffee shop & rarely visit at each other's house. Probably haven't been to Jim's place for over 20 years & I have never met his two grown up teen-age children. And, Jim's never met the Pheebs. In another post I will tell you about the time when part time singer, songwriter, & guitar player Jim cut an album & asked me to be his manager. Well, Jim knew a lot more about singing than I knew about managing anything so that little arrangement didn't last long. But, our friendship somehow survived that short period of time & we still sometimes have a few good chuckles about all that. Maybe I'll tell you about our little ventures to the BX-93 country music radio station in London Ontario one time, & a couple trips we two local yokels made to the big city of Toronto in search of Jim's 45rpm records…….. a long time ago in an era far away:))

GROANER'S CORNER:((  An 80 year old man was having his annual check-up and the doctor asked him how he was feeling.
"I've never been better!" he boasted. "I've got an eighteen year old bride who's pregnant and having my child! What do you think about that?"
The doctor considered this for a moment, then said, "Let me tell you a story. I knew a guy who was an avid hunter. He never missed a season. But one day went out in a bit of a hurry and he accidentally grabbed his umbrella instead of his gun." The doctor continued, "So he was in the woods and suddenly a grizzly bear appeared in front of him! He raised up his umbrella, pointed it at the bear and squeezed the handle."
"And do you know what happened?" the doctor queried.
Dumbfounded, the old man replied "No."
The doctor continued, "The bear dropped dead in front of him!"
"That's impossible!" exclaimed the old man. "Someone else must have shot that bear."
"That's kind of what I'm getting at..." replied the doctor.