PHEEB’S PALS, STELLA & GUINNESS ARE COMING FRIDAY FOR A WEEK-END DOGGY SLEEP OVER:)) 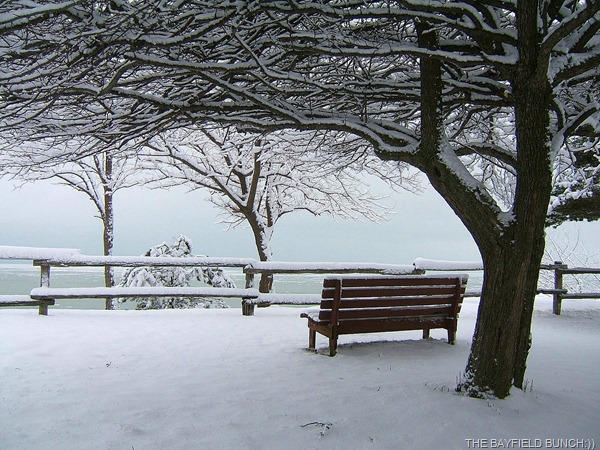 AGAIN TONIGHT, BECAUSE OF THE HEAT I THOUGHT I WOULD JUST THROW A FEW SNOW PICTURES FROM MY FILES AT YOU

Being stuck in the house by the summer's heat isn't much different than being stuck in the house by the winter's cold. Stuck is stuck, unless of course one want's to go out bundled up in a cumbersome suit of warm clothing to make snowmen, snow angels, shovel endless piles of snow & throw snow balls at unsuspecting neighbors. Guess that's one way to ramp up the excitement factor a measly notch. Not much different with the summer's heat & high humidity factors. Go outside, stand still until your clothes stick to you while counting the brow dripping beads of sweat falling before your eyes. And you can watch the number of insect bites mushrooming on your bare arms like some kind of instant measles break out. 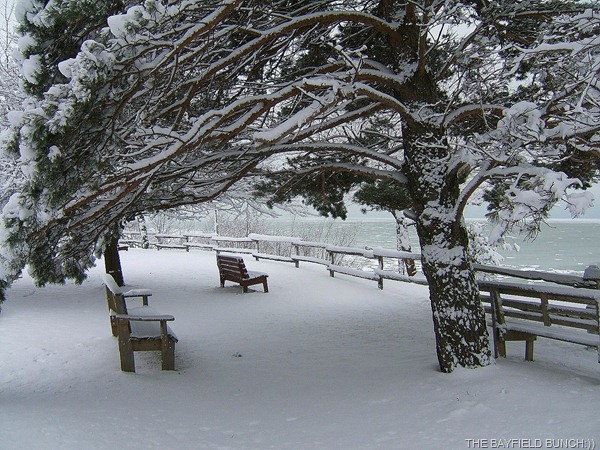 But, take heed. With the country caught in the searing grip of this miserable heat wave you would not expect one of our fellow RV'ers to be caught up in cold snowy winter conditions. But, that's just where Joe & Nancy from the RVING BEACH BUMS are or were. And no, they are not in the Swiss Alps or Antarctica somewhere. They are right there in the good old U.S. of A:)) Awwwww, the advantages of full timing eh. 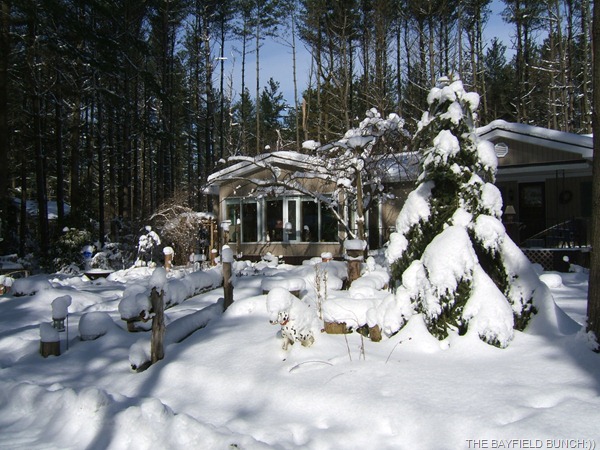 MORNING AFTER A NIGHT SNOW FALL AT OUR HOUSE

Note to neighbor Monica out there in the Canadian west somewhere. Despite the heavy downpour Wednesday morning your place is totally dry. No signs of any roof leaks anywhere, including the sun porch:)) 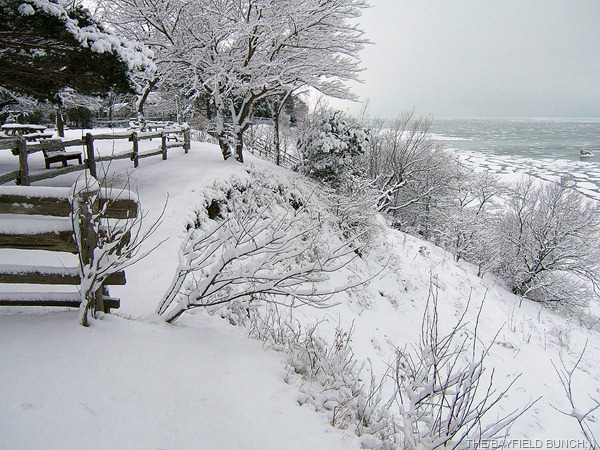 Pheebs is pretty excited today because her doggy Pals, Stella & Guinness are coming for a week-end sleep over. Some may remember Stella & Guinness being here for a sleep over about a month or so ago. Just like old times with our original Bunch, we will have ourselves quite a joyous circus going on:))

How refreshing this afternoon to spend a couple quality hours with our TV set. Instead of the usual onslaught of television garbage, I watched a Discovery channel National Geographic show called 'Earth From Space.' How nice to be educationally entertained for a change with superb graphics, photography, music, & intelligent narration. The countless hours, weeks & years that go into these National Geographic specials are nothing short of heroic. It's too bad this kind of quality television is buried so deep beneath so much other television garbage. 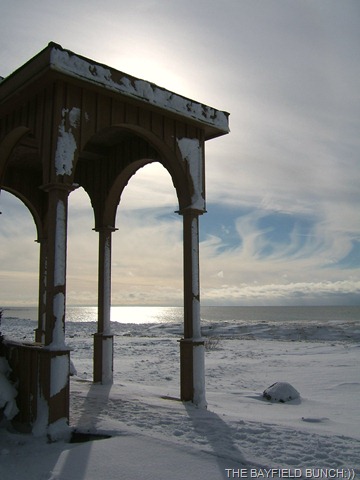 My ideas have sure changed about landscaping over the years. Gone are my golf green lawns, razor edged flowerbeds with perfectly trimmed & shaped shrubs carefully spaced. I was totally into the standard suburban yardscaping from the mid 70's to the early 90's. Even had the Stratford Lawns & Gardens club tour the grounds one warm sunny summer afternoon back in about 1978. But, it was our years spent living in the free flowing natural countryside that eventually changed all that. Gone are the days of perfectly spaced flowers & shrubs. Gone is the weed free perfect lawn & who cares if a flowerbed does not have a perfect edge on it anymore. And so what if the trees & shrubs all kind of mash in together. It's my idea of jungle gardening & I love it. Besides, we are not allowed to put up fences here so planting a thick green belt all around us was our only chance at gaining ourselves any kind of welcome privacy. 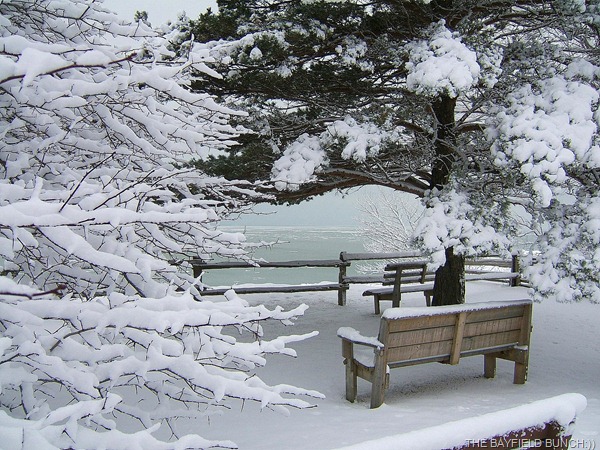 Plan to somehow do the same thing with our Arizona house as well but not sure how yet because we are not there in the summer to keep things watered. If it wasn't so expensive to throw up a 6 foot wooden fence around our entire one acre we would certainly do that. A solid fence has additional advantages to a wire fence. Nothing is going to slither or crawl through it & nothing with the exception of deer are going to jump over it. Deer are welcome of course. With a fence, one can create nice desert scapes within & I prefer the background of a solid wooden fence rather than a neighbor's house, garage or yard. I would like to try my hand at a little water garden patio type sanctuary with the hopes of attracting area birds too. A solidly fenced in yard would be much safer for all concerned & especially the Pheebs. Anyway, just a few far away thoughts, hopes, & dreams of a different place at a different time.....on a hot sultry summer’s eve. 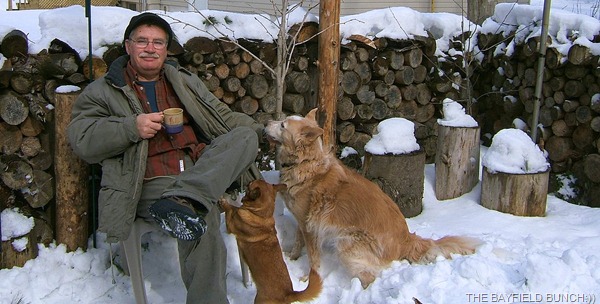 HERE I AM WITH MAX & MOTOR IN MY PRE-BEARD DAYS ENJOYING A BACK YARD WINTER'S DAY COFFEE…FEBRUARY 2006…THE MOUSTACHE HAS BEEN HANGING ON MY FACE SINCE 1969:))

GROANER'S CORNER:(( It is so hot that:

- Farmers are feeding their chickens crushed ice to keep them from laying hard boiled eggs.

-The trees are whistlin' for the dogs.

- Even the sun was looking for some shade!

- All the water buffalo at the zoo evaporated.

- Robins have to pick up the worms with potholders.

- My thermometer goes up to “Are you kidding me?!

And it's no wonder a couple of States have been imposing water restrictions.....

-Michigan:
American cars must not be washed more than once a week. Washing
Japanese cars is strictly prohibited. German & North Korean cars may be driven into the lake.
- Texas:
Illegal aliens are not allowed to drink American water. They must
bring their own.