A CLEAN BILL OF HEALTH FROM THE KIDNEY STONE DOCTOR:)) 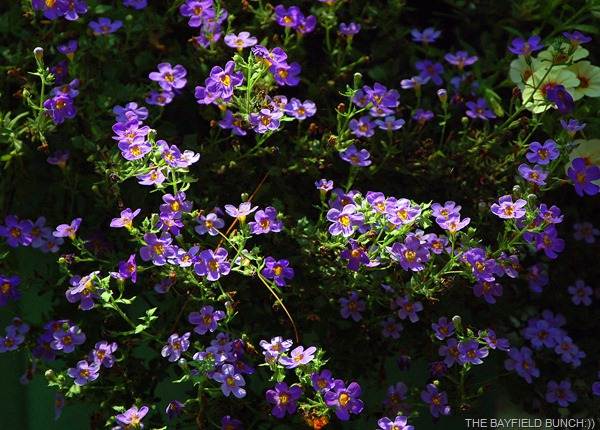 I was in our front yard this morning trimming up some dead branches on our Sunburst Locust tree when I heard a familiar, yet unfamiliar to this area, sound. It was not a sound associated with the weather or anything on the ground. Yet it was a sound ingrained in my mind from a bygone era that was associated with fear & apprehension. And, because this sound was so familiar, I recognized it right away.  My mind immediately raced back to the early 60's. Most of us grew up in the cold war days when radio, newspapers & television news were filled with almost daily reports of our dreaded enemy at the time....the Russians. Remember the 'duck & cover' films in school or the push for people to construct bomb shelters in their back yards. Remember those tense & stressful days of the Cuban Missile crises!! We all knew the Russians were coming with their big bear high flying bombers & missiles loaded with atomic warheads.  We knew it would be World War III & the whole world was going to be destroyed. It was a belief & it was a way of life back then.  And in an instant, I was reminded of all that this morning.
---

I was growing up in the small town of Tavistock Ontario, which with the exception of television, radio, & newspapers, was pretty much sheltered from all the hot atomic bomb targets of the day like Toronto, or Detroit Michigan.  Tavistock, like Bayfield was not in line with any major commercial airports nearby so the sounds of jet aircraft in the skies were, & still are, very rare to non existent. The white contrails of commercial jets can be seen but the aircraft themselves are too high to be heard. Back in those days, & in this southern Ontario region, if a jet was heard overhead it was an instant sign of something amiss. Throw in several recurring military jets & for sure, we knew the Russian bombers were either overhead or soon to be upon us. We knew once the Canadian & American Air Forces scrambled their jets, WW III was underway.
---
The instantly recognizable sound I heard this morning was a high flying fast moving military jet. Been to enough air shows & have heard enough military jets in the southwest skies over the past 5 years to know a military aircraft when I hear one. My mind right away reverted back to the early 60's & first thought in my head was, oh oh, maybe I had better slip into the house & put on CNN to see what's up. Nawwwww, that’s silly so I kept on trimming, but minutes later I heard the sound of another jet & over the next 10 minutes 4 more high flying jets. Used the excuse of heading into the house to get a drink. Oh, & while I'm heading for the kitchen I might as well snap on CNN. Dum-de-dum-dum. Nope, no report of Russian bombers or missiles on the way. Nothing about an Alien invasion from outer space & no, North America is not under attack from Iran, North Korea, or Botswana. No terrorists setting off a nuclear device in Lost Angeles or downtown Bayfield for that matter. Nothing out of the ordinary. Whewwww, close call…….didn’t have to practice my old classroom ‘duck & cover’ routine.  But, I did find it interesting how deeply ingrained in my mind the events of the late 50's & early 60's still are.  Without a second's thought I had associated the sound of this mornings high flying military aircraft with ‘big trouble’. Some old thoughts, habits, & reactions, just never die. 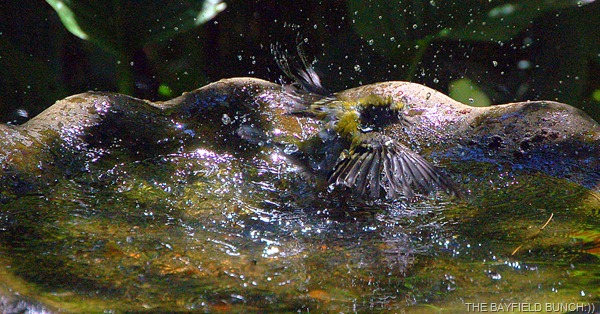 Our weather forecasters had predicted possibly the hottest day of the year for us here in southern Ontario today & so it came to be. Records were broken with Toronto coming in about 102F & that's not including the humidity factor. We have a cool front bearing down on us right now so the weather could get a little exciting tonight.

I particularly liked Debra's post over at FIND AND OUTLET this morning. Kelly & I met Debra & Jim at the Ranch near McNeal Arizona last winter & we know the particularly difficult area they live in right on the Arizona/Mexico border. Some readers will remember Debra from her heroic efforts to save suffering animals in her neighborhood & surrounding area. Her post today is entitled, MY DESERT URCHINS & surprisingly, does not have to do with animals.

IVAN & HAILEY are on the loose again traveling somewhere in southern Saskatchewan. Methinks not even they are sure where they are going:)) 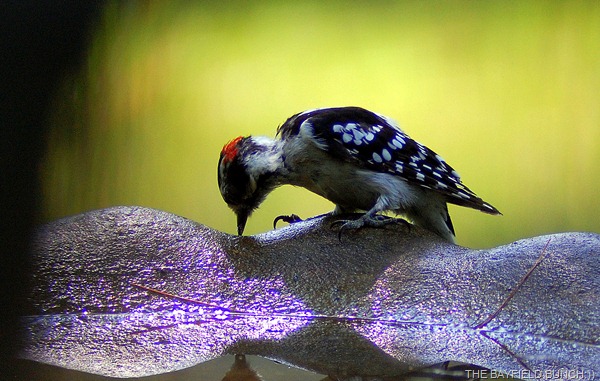 Any mention of music generally catches my eye & I have to agree with THE GOOD LUCK DUCK on her feelings of 70's music. Seems so many people have pooh poohed that Disco era & I have never understood why. I thought the music coming out of the 70's was great. Lively, feeling good music that made even non dancing people like myself just want to get up on that lighted disco dance floor & get myself crazy:))
---

Someone asked what prescription sleeping pill I was taking. Zopiclone-5mgs. Sounds like some kind of Cyberborg space Alien creature but they sure have helped my irregular sleeping habits. Probably should have gone this route a long time ago instead of trying to deny & fight off 'the growing older factor.' Finally gave in & accepted the fact I needed help in getting my over the top cholesterol levels down as well so I'm on Crestor now too. Oh dear, & I remember the days not to long ago when I thought it was only 'old people' who had to take medications every day:(( 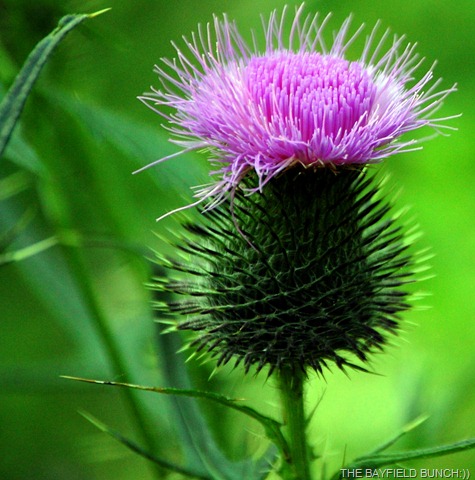 Our coffee blow-out Monday night turned out to be one of our shorter ones with Jim & I bringing it in just over 3 hours. Unlike days of yore, we found the hard plastic seats in the new Tim Horton's coffee shop in Seaforth Ontario kind of hard on our over poundaged buns after awhile & we both kinda hobbled out of the there like the two old guys from the Muppet Show we have always likened ourselves to.....Statler & Hilton. You remember those two old white haired duffers in the balcony always harassing the shows players below. Yep, that's Jim & I:))

Good news from my Kidney Stone Dr. Bukala early this afternoon. Clean bill of health & no stones to worry about. I'm good to go in the Stones department. I asked him about the Cranberry Juice theory of keeping kidney stones at bay. He said no, best thing is a big glass of orange juice every morning & a big glass of water before going to bed. That's it!!

This whole kidney stone thing which began last December in Tucson Arizona has left me with a few unanswered questions though. Why did the Ultra Sound technician lady at the Tucson hospital tell me 3 times I was a 'special case?' Told me I had 'a lot going on in there,' meaning my abdomen.  Had a lot of kidney stones she said.  Was this lady new at the job or filling in for somebody's lunch hour. The words of that technician sat in the back of my mind for months & I remember writing about it in the blog back then. Anyway, Dr Bukala says everything is looking good & he’s the Urologist guy who oughta know....................& that's good enough for me:)) 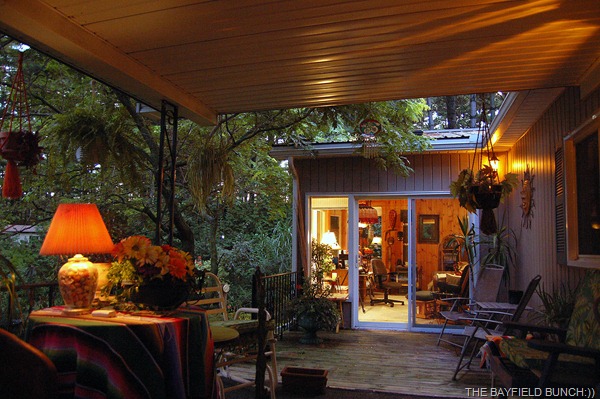 GROANER'S CORNER:((  And you know what….I really don’t approve of political jokes much because too many of them end up getting elected.