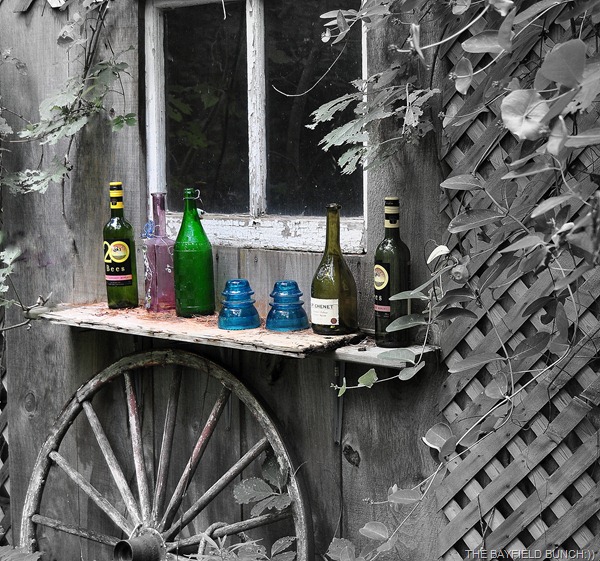 ALONGSIDE AL’S WOOD GARDEN SHED
In all our RV travels we have never traveled with a 'printer'. A few days ago I had noticed a skid full of HP Printers sitting on the floor at Walmart. Glanced at the price going by which said $79.99. Well, anything over $5 always seems expensive to me so never thought anything more about it except, how useful a printer would have been to us last March when we bought the house in Congress, Arizona. We were swamped with a mountain of paper work that had to be printed, faxed, re-printed, shuffled, turned up side down, rotated twice & reprinted again. Kelly was constantly on the run to the Library, MIKE & PAT'S place, plus the Congress Assay office trying to get things all printed up, signed, & faxed.   Well, I was sometimes on the run driving her to all these places too.  We do have a Lexmark printer at home here in Bayfield but we are not big printer users. After a casual conversation with a neighborlady Thursday night I learned those HP Printers at Walmart were on sale for $39 today. 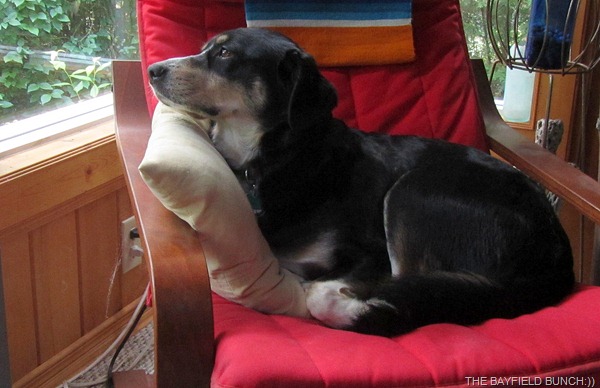 PHEEBS KEEPS A WARY EYE ON A PESKY SQUIRREL MAKING FACES AT HER FROM A TREE OUTSIDE
Wasn't long in loading up the little Monkey Buns this morning & off to Walmart we went likity split. Figured at that price the whole darn skid load of printers would be gone, but nope, lots left. Soon as I had the printer loaded into the Jeep, Pheebs was bugging me to head on over to McDonald's for a Burrito, so what could I say. Off to McDonald's it was. We slipped through the drive-thru just like Motormouse & used to do last summer & got ourselves a couple Burritos to go. We now have cheese gobs, bits of scrambled egg & pepper chunks scattered about between the seats & on the floor. Headed back to Bayfield smelling like a Mexican Taco Stand.  Stopped briefly at DEER PARK LODGE & helped Kelly load a BBQ onto a wagon. A couple pond pics, a quick hello to Stella & Guinness & we were home again. 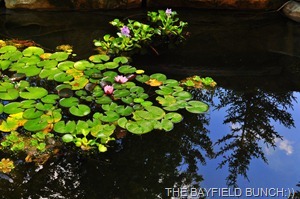 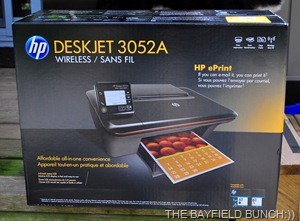 DEER PARK LODGE POND & I THINK WE’LL JUST LEAVE THE PRINTER IN THE BOX UNTIL WE GET TO ARIZONA LATER
Despite the hot day I did manage to gather some energy together & clean up the Motorcycle. Took myself out for a short snort around a couple country blocks & that was about it. Hadn't been up on the roof of the Motorhome since we got back from Arizona last April so I crawled myself up the back ladder for a look see. Yep, I'm in for a good clean up job there for sure but going to wait until it's cooler next month. Followed that with a couple little outside projects & then it was into the house to re-charge my batteries with some good old refreshingly cool A/C:)) 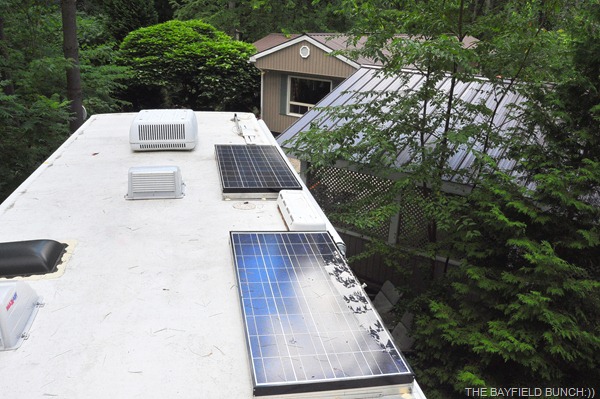 OUR MOTORHOME IS PARKED NEXT TO THE CARPORT FACING THE HOUSE 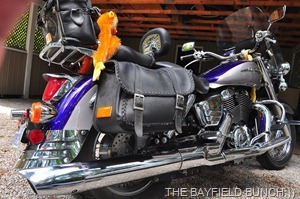 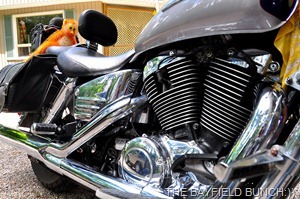 And, once again, just a note to say thank you to all the readers who have sent comments & emails this summer again. I know I‘m not real good at getting back to everyone but know that all your comments & emails are very much appreciated & read by both Kelly & myself. All comments & emails are saved as well. Thanks to the folks who have hung in there through my usual summer ups & downs, my rants, my rips & my floundering's. My mood swings don't always make for joyous, wonderful, & positive posts but it is the way I am feeling at the time & the way I write. Can't sugar coat my blog & present somebody to you I am not. From a long time reader on the East coast...." Al, I have always thought a person's blog was indeed their blog and if someone didn't like it, they just didn't read it. There are no set rules for blogging and definitely no blogging inspectors, or at least shouldn't be. A person's blog is about them, there perspectives and their experiences...nothing more". Thanks guys:)) 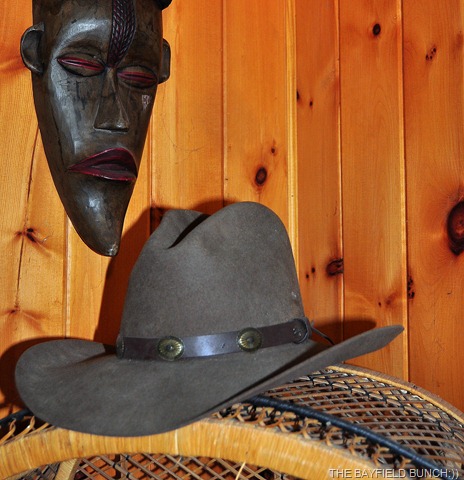 MY ‘TOMBSTONE’ COWBOY HAT PATIENTLY AWAITS IT’S RETURN TO THE SOUTHWEST:))
GROANER'S CORNER:((  Why does a dentist seem moody? Because he always looks down in the mouth.
I tried to talk my wife into buying a case of Miller Light for $14.95
Instead, she bought a jar of cold cream for $7.95.
I told her the beer would make her look better at night than the cold cream.
And then the fight started....
I asked my wife, "Where do you want to go for our anniversary?"
It warmed my heart to see her face melt in sweet appreciation.
"Somewhere I haven't been in a long time!" she said.
So I suggested, "How about the kitchen?"
And that's when the fight started again!!