A TOUCH OF AUTUMN IN THE COOL MORNING AIR 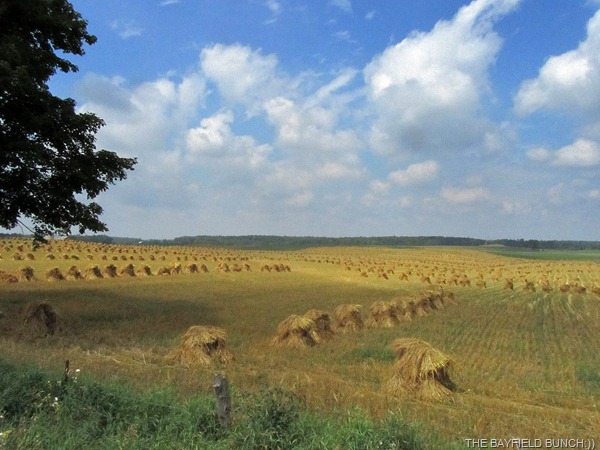 I know it isn't even August yet but with this morning's much cooler air I definitely felt a slight touch of Autumn on our morning walk. There are some tell-tale signs Summer is beginning to slip. We have noticed the days a bit shorter & our luscious spring bush ferns are beginning to take on a weathered aged look. Cone Flowers are in bloom & soon purple Asters will be making their late summer appearance. Wheat fields have been harvested & the maturing corn stalks are reaching for the skies. Looking forward to the chirping of crickets soon. One of my all time favorite sounds.

But, it is that 'feeling' in the air I like. It's that first hint of the Seasons stirring once again. The Planet is slowly continuing it's Northern rotation. In a few weeks birds will begin picking up on the subtle changes & a month from now feathered flight plans will be under discussion in the tree tops. Turkey Vultures will begin disappearing from the skies & one day our Great Blue Heron will lift off from the Pond & begin it’s long journey south. Not sure when the song birds will begin to leave but it will be a few months yet before the Canada Geese begin forming up for their daily flight plan rehearsals. They are often the last ones to fly out before the snow flies. But, I am getting ahead of myself. 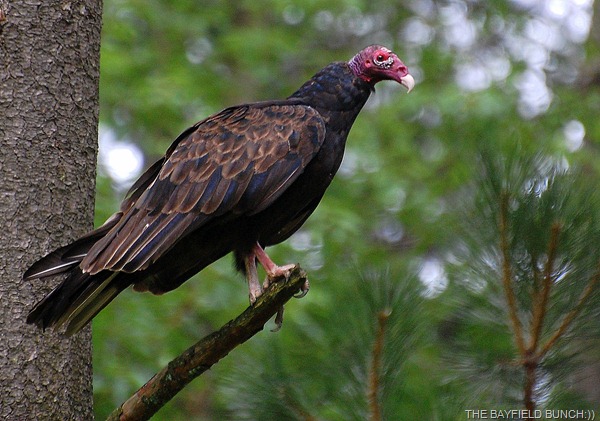 This morning, a bird of a different feather sensed that migration feeling & busied itself with early travel preparations. The bird of course was a restless Snow Bird, & that bird was me. Spent most of my morning flitting about the Motorhome cleaning this, checking that, changing something here & re-arranging something there. Just simply enjoying my surprisingly early Autumn glow. There will soon be more of these happy days upon us as the day’s count down & the pace quickens. Before we know it, leaves will begin to change & October will be at our doorstep:))

By noon, the heat & humidity had built up again & it was back to the reality of a hot Summer for a little while longer. Aside from a bug infested walk around the trail late this afternoon Pheebs & I kept a sleepy low profile for the remainder of the day. I seem to be having some problems with my energy levels again:(( 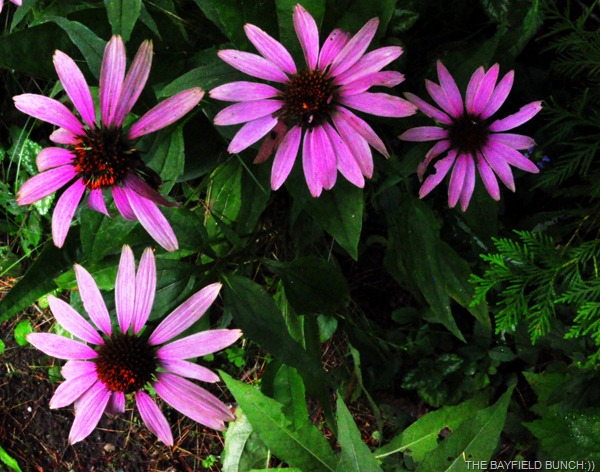 At the suggestions of readers we will take the new printer out of the box, fire it up & check it out. Yep, just a common sense thing to do. Next step is to apply for a bank loan to buy an ink cartridge. Over the years we probably have had half a dozen printers or so & in my opinion the printer is the weakest link in the whole computer chain. We have had more problems with printers than any other piece of hardware. Printers always seem to be an annoying pain in the Patooty!!
---

These are sad days for Gypsy over at ON THE ROAD AGAIN. Time had come for a final farewell to her faithful long time companion, Lady. Many of us have reached that stage where a decision has to be made with the best interest of our pets in mind & Gypsy had to make that decision just a couple days ago. I understand only to well the sense of loss she is going through at the moment. I feel the sadness in her heart. 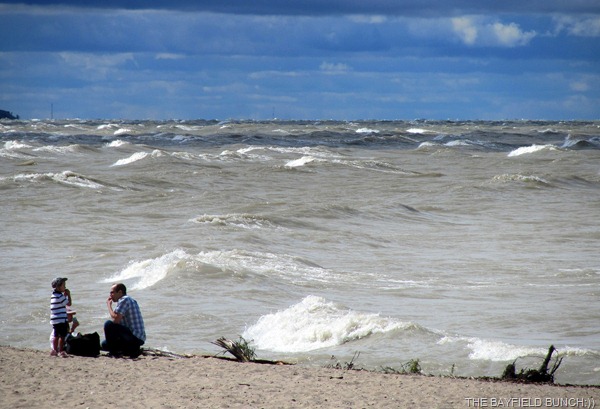 A LITTLE BONDING AT THE BEACH
GROANER'S CORNER:(( A very wealthy lawyer retreated for several weeks each year to his summer home in the backwoods of Maine. Every summer, he would invite one friend or another to stay with him there for a week or two. One summer he invited a Czechoslovakian friend to visit him. The friend, happy to get anything free from a lawyer, eagerly agreed. When the time came, they spent a wonderful time, getting up early every morning and enjoying the great outdoors. One morning, as the lawyer and his Czechoslovakian friend were picking raspberries and blueberries for their breakfast, they were approached by two huge bears~~a male and a female. The lawyer noticed them in time to run for cover. His friend, however, was not so lucky. The male bear reached him and swallowed him whole. Seeing this, the lawyer ran back to his Mercedes and raced for the nearest town to get the local sheriff. The sheriff grabbed his high~powered rifle and raced back to the berry area with the lawyer. All the while, the Lawyer was plagued by visions of a lawsuit from his friend's family. He just had to save his friend. Luckily, the bears were still there. "He's in THAT one!" cried the lawyer, pointing to the male. The sheriff looked at the bears, levelled his gun, took careful aim, and shot the female. "What did you do that for?!" exclaimed the lawyer, "I said he was in the other bear!" "Exactly," replied the sheriff. "Would you believe a lawyer who told you that the Czech was in the male?"