SADDLED UP THE MOTORCYCLE & RODE OFF IN SEARCH OF…….‘TWISTED PIPES’ 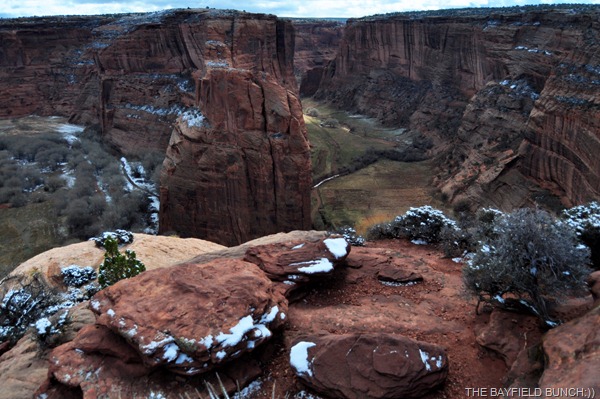 It was a pinkish red sunrise peeking through our thick Pine tree cover off to the east this morning.  Oh how I miss those big sunrises & sunsets of the South-west every winter.  As much as we like our snug as a bug cozy Pine forest here near Bayfield it does have it's disadvantages.  No sunrises, no sunsets, & no wide open sweeping vistas or endless starry night skies.  Oh how I miss all that.  Just one of the many reasons we have not given up looking for our own little 'slice of serenity' in the countryside here. 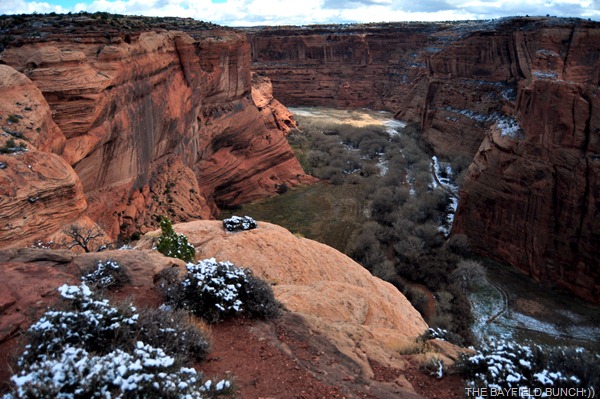 Saddled up the motorcycle this morning & rode off out into the countryside looking for a place called, ‘Twisted Pipes'.  Had checked it out on Google Earth so had a good idea where it was but two separate directions led to two separate locations.  No matter, it was great morning to be out on the bike regardless of where I was going.  Mentioned awhile back both tailpipes on our Motorhome needed replacing.  They are 3" pipes so normal muffler shops cannot handle that.  Knew of a place in London but wasn't looking forward to dragging myself & the rig into a city.  Don, owner of the BAYFIELD GARAGE told me of a place nearby in the country called Twisted Pipes where a fellow specializes in larger exhaust systems.  My mission this morning was to scout that out.  And, scout it out I did.  The fellow at Twisted Pipes wanted me to go take off one of the rig's tailpipes & bring it back so he could see what he had to make.   Can you just see me scrunched upside down under the Motorhome with a hammer & a screw driver trying to take 6' rusted piece of tailpipe off:((     Um, I think I'm back to my original idea of taking the rig to the Autopro shop in London. 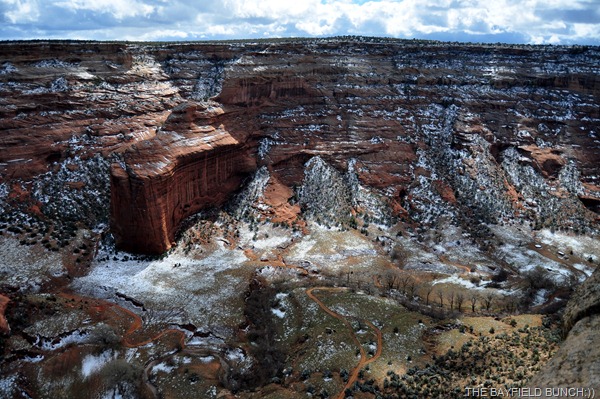 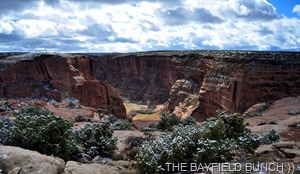 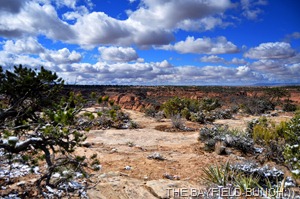 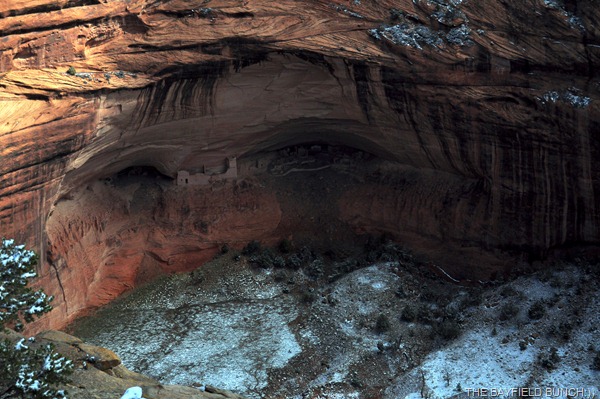 LOOK CLOSELY FOR THE DWELLINGS IN THE CLIFF

How fortunate I was to come over the brow of a hill this morning & see a Mother Deer & Fawn standing alongside the road.  No time to reach for a camera so I just enjoyed watching the two of them leisurely saunter off through a grassy ditch into the roadside forest as I slowly cruised by. 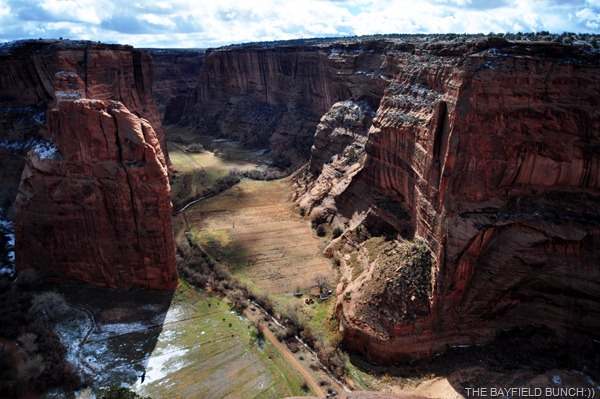 Got me a hankerin to change our living room around this morning.  I like those kinds of hankerins cause it means something is about to change & look different instead of the usual boring same old, same old.  Moved my recliner to a groovy new spot so I'm ready now for some slightly serious snooze surfing soon....sorta:)) 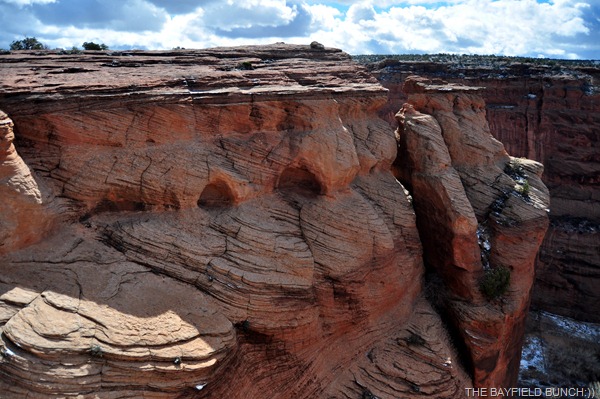 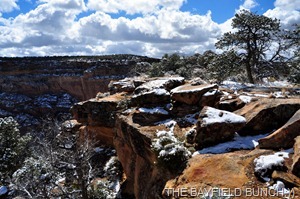 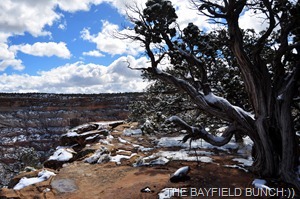 Don't ever remember hearing or seeing Coyotes when growing up as a young boy in the small Ontario town of Tavistock Ontario many years ago.  Even back in the late 90's when Kelly & I lived in a solitary old farm house in the country I don't ever remember Coyotes being around.  Wasn't until nearly 10 years ago I first became aware of them after we moved to our present digs near Bayfield. We hear them almost nightly now & some nights they are very close.  Still rare to see one, but we know they are around us.  And, it is the same in the Southwest.  Coyotes are a nightly occurrence & we noticed at our house in Congress Arizona that the Coyotes are a close by nightly happening.  We had one walk right through our property one afternoon only about 50 feet away.  It is the reason 'new fencing' will be high on our list when we get to Congress in the Fall.  I think the old fence in the back yard was probably there before the Pilgrims made their landing at Plymouth Rock.  We had a pack of JAVALINA'S right in our our back yard most nights last March as well, so secure fencing will be an immediate safety priority for sure.  And, it looks like we will have to get us some kind of defensive 'firepower'.  It is just a way of life in the wild, wild, West where things can bite you, shoot you, claw you, sting you, knock you down & eat you up.   Love it:)) Least we don't got no darn Allimagators!! 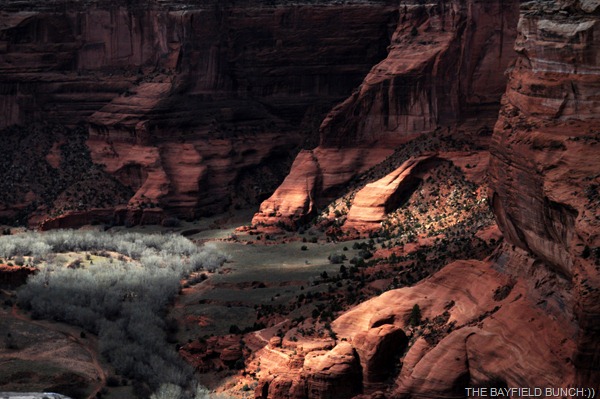 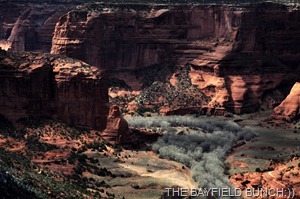 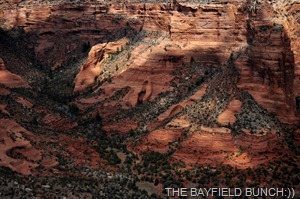 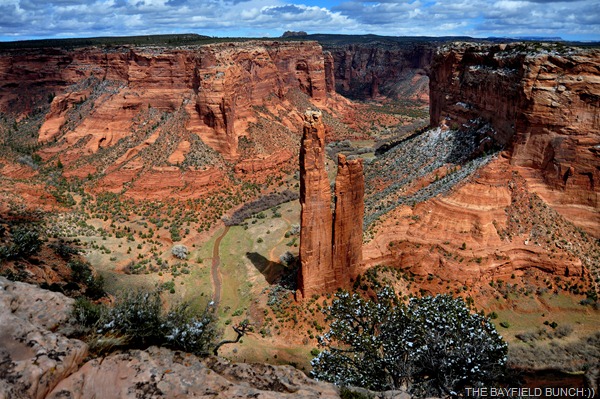