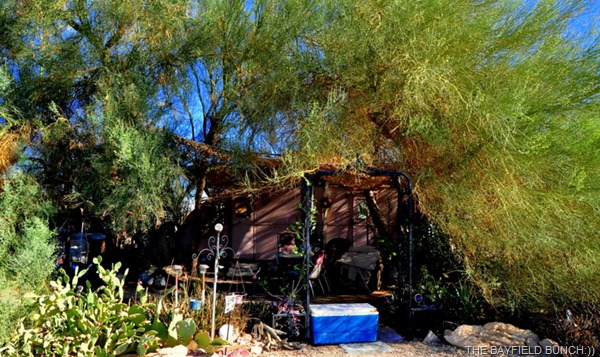 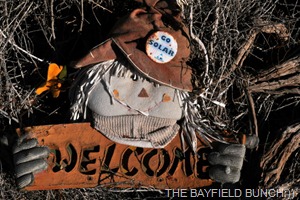 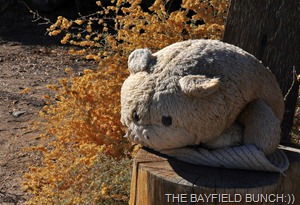 TODAY’S PHOTOS ARE FROM A LADY’S NICE PLACE NEAR US
Had originally planned on rolling out this morning but think we will hang around one more day & see if we can get ourselves mobile Monday morning.  Been here nearly a week now & that’s just about almost long enough in one place I’d say.  Time for some new horizons, new perspectives & some new adventures.  Have to keep those hounds of Boredom away from the door.  I must say though, we have really enjoyed our week at the Slabs:)) 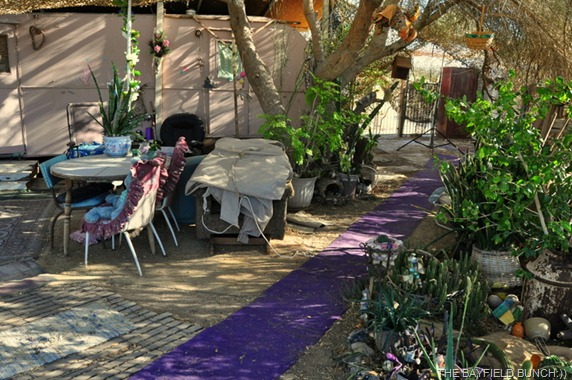 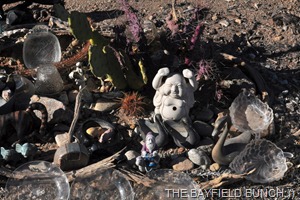 We had heard of a nice lady not too far from us who enjoyed meeting people so we dropped by but she wasn’t home. We really liked the way she had made a fine cozy desert home in a grove of Palo Verde trees. Very creative & it was obvious she has been here a long time because of her artistic cactus gardens.  We liked her sense of humor and artistically warm artsy charm. 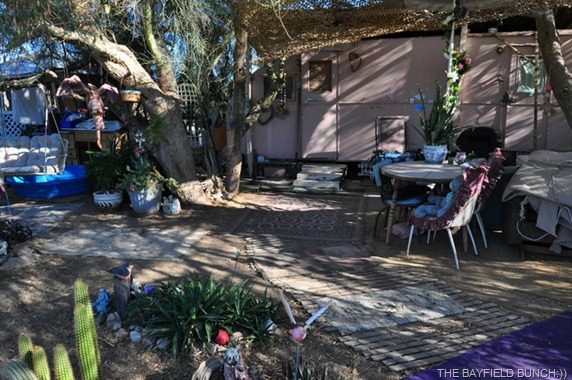 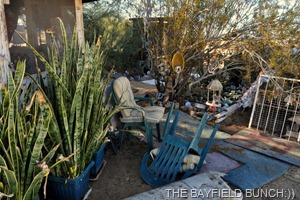 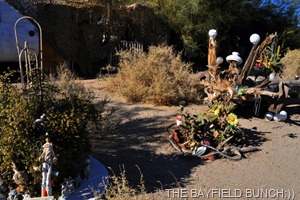 Our little Motormouse has been just fine since recovering from her ‘supposed’ Harvester ant bite a couple days ago.  It sure caused her some pain for a short period of time. THE LITTLE MOTORMOUSE LOVES LYING ON HER BACK
IVAN has been doing some more flying in his remote controlled helicopter & this time has put himself together a video of his flight up & around Plomosa Mountain near Bouse, Arizona.  Won’t be long & this guy will qualify as a flight instructor.  And, noticed on Facebook this morning that Wandering Willy has landed himself alongside Darby Well Road, Ajo Arizona.  And, this just in…..Ivan put up a new post this afternoon & he has rolled into the Darby Well Road area of Ajo as well. 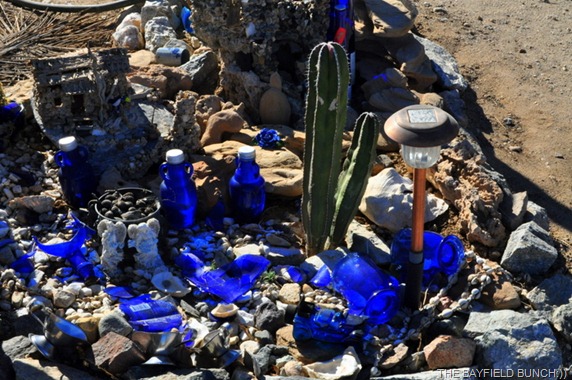 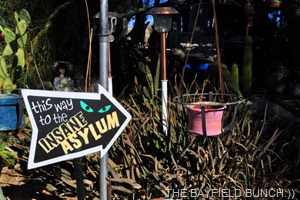 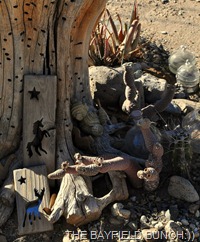 Noticed this morning we have 3 new Blog Followers.  The Bayfield Bunch welcomes M from Hollywood California, AL, & AMBOTT 33.  Nice to have you folks along:)) 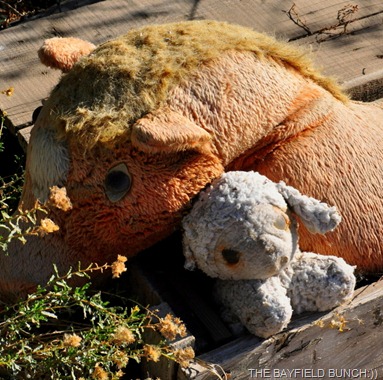