TODAY WAS KINDA THE LULL BEFORE THE STORM 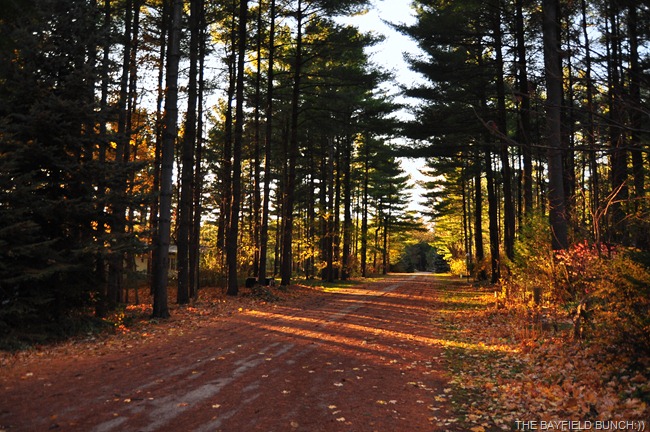 A LATE AFTERNOON NOVEMBER SUN ON OUR STREET TODAY

Definitely needed a warm coat on today with temps barely hauling themselves above the 40F mark.  Big gusting winds in the night not only brought small branches down but ushered in a cold front.  Late this afternoon the sky's darkened, thunder rumbled and we had a short smash of very cold rain and snow showers. That was followed by a beautiful burst of yellowing sunshine low on the horizon.  Crazy weather for this time of year.

We are pretty much loaded up and ready to go with just the last day stuff coming up Friday so it will be a busy one and I look forward to that.   Kelly upgraded our Star Choice TV coverage today so instead of the basic package we will get a few extra channels on the road this year including History, CNN, Discovery and National Geographic.

Today I just kind of coasted.  Felt kind of like the lull before the storm because Friday morning things will begin to ramp up very quickly and stay that way until we finally touch down somewhere in a relaxing spot on the other side of the country somewhere.

With Remembrance Day coming up Friday the History channel has had many programs on related to the two past great wars.  WW1 and WW2.  Being a bit of a history buff I always find these documentary type programs (not movies) interesting.  Found myself kind of glued to the History channel today watching many aging Veterans interviewed and seeing a lot of war film footage I had never seen before.  Also enjoy the modern graphics used to depict and explain how battles happened and events occurred. 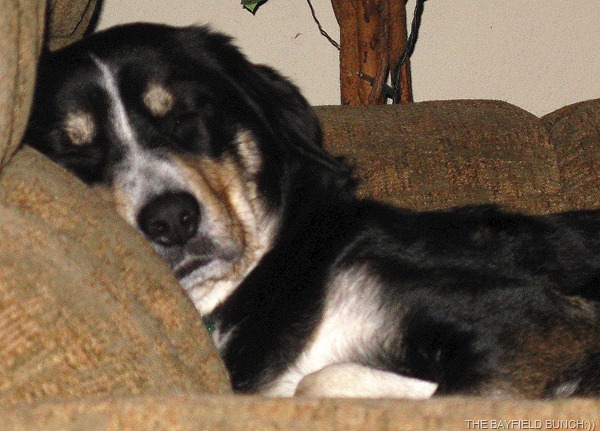 AL WASN’T THE ONLY ONE COASTING TODAY

Dennis and Donna over at the CAVE DWELLERS are counting down their final departure days to Louisiana and will be on the road just a couple days after we are.  Donna is another one of those people like myself who is just bursting at the seams right about now counting down the days and hours to getting the show on the road.  Let’s just get out there and ‘git er done’ Donna:))

Fellow RVing friends Rick and Kathy Rousseau from Tecumseh Ontario have just published their first blog, IT'S ABOUT TIME.   They are off to a great start using the Blogger format and have done a fine job in setting it all up.  Driving a truck and fifth wheel I think a lot of folks will identify with their blogs title when they read it:))

Noticed today we have a new blog follower so the Bayfield Bunch extends a warm welcome to Caterina Serra.  Nice to have you along as we count down the last couple days before our departure to the great American Southwest. 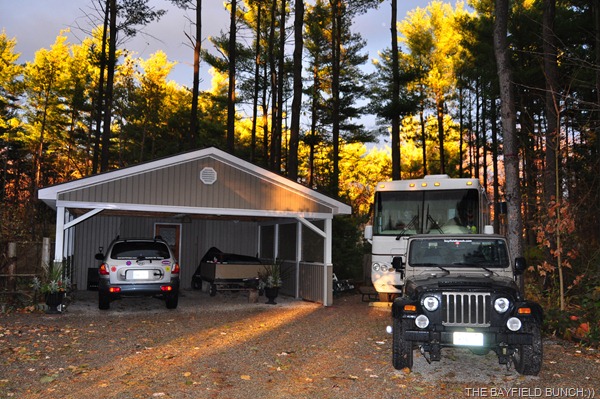 GROANER'S CORNER:((  While walking along the sidewalk in front of his church, a minister hears the intoning of a prayer that nearly makes his collar wilt.
Investigating, the minister discovers that his five-year-old son and playmates have found a dead robin. The children, feeling that the little bird ought to have a proper burial, have put the bird in a small box and dug a hole for a grave.
As the one chosen to say the appropriate prayers, the minister's son is mimicking his father's sonorous dignity and repeating what he thinks he's heard his father say: "Glory be unto the Faaaather ... and unto the Sonnnn ... and into the hole he gooooes."