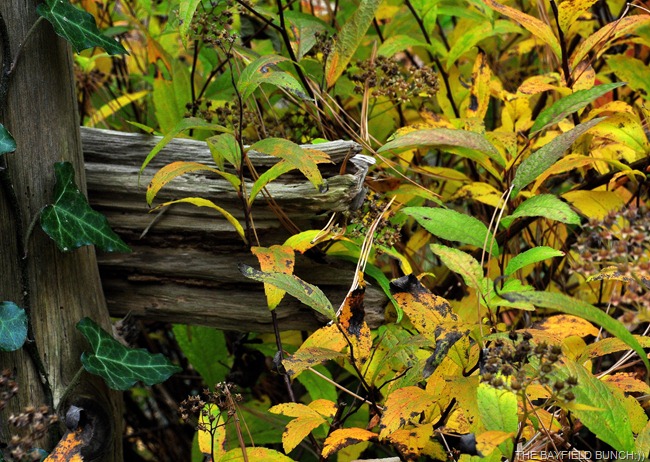 I am almost afraid to allow myself a twinge of excitement this close to our departure date in case it throws a jinx into our travel plans.  But, allow a twinge of excitement this morning I did, and what a great feeling it was too.  I would have to say, the RV Traveling lifestyle is probably the number one favourite thing for me at this stage in my life and being only days away from another great southwest trip feels like a hurricane of fresh air blowing through my mind.  I love the excitement of unknown destinations and adventures.  And, above all, I love the feeling of being completely mobile and not being committed to sitting in one spot for weeks or months on end.  Our time is our own whenever we chose to let the winds blow us on to our next destination.  We do enjoy our extended times at the Ranch near McNeil Arizona but that is the exception to our blowing around like a tumbling Tumbleweed all winter.  Sooooo looking forward to seeing new things:))

KEVIN AND RUTH had a question about why would we fill up with gas in Canada when we are so close to the U.S. border.  Well, good question I guess and one to which I have no totally logical answer.  Only way for me to respond to that one is to simply say I never thought of it.  Guess it's an old habit of filling up locally before heading out on a trip.  Having been out of the States for 7 months now and not being a guy who ever pays attention to gas prices it just never occurred to me to do that.  I wonder if it would fall under the heading of a 'Senior Moment.'  And Jo over there at THE WANDERING WISHNIES  wondered why it is I can't eat McDonald's Burrito's anymore.  Well, it's not so much that I can't them Jo but I have been trying to avoid wheat based products lately in an effort to see if all that doughy ooze I love so much has an affect on my health.  Of course eating a whole wheat bread Turkey Salad sandwich didn't make much sense Tuesday and maybe those Burritos aren't made out of wheat anyway.  I'm thinking there just may be a couple McDonald's Burrito's in my not too distant future now that you mentioned it:))

Our temps are still holding out on the mild side with 60F today under cloudy skies and a drizzly kind of mist in the air.  Sure not complaining about the weather though if the temps stay like this.  Thought I noticed on last night's news that we were the same temperature yesterday as Phoenix, Arizona.  I'm keeping a close eye on the weather patterns right now south and west of us.  Noticed it's 66F in Yuma Arizona today and 69F in Borrego Springs California.  Those are perfect temps for hiking so hang on to those temps guys because we are headed your way soon:)) 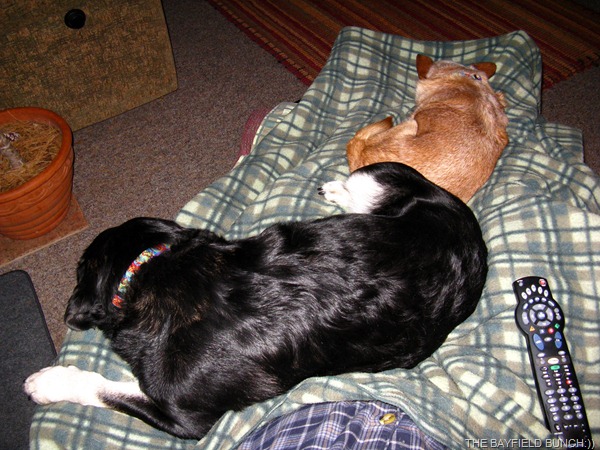 HELPS TO HAVE A BIG LAP AT OUR HOUSE:))

I once again spent time on Google+ this morning trying to gain some kind of concept into how this program works.  Managed to change my profile pic but that was about as far as I got.  Thanks for the response Sue.  Saw a post by someone I finally recognized (Froggi Donna:)) and was able to respond to that.  I did type a message into a box asking if anyone had any easy suggestions on understanding the program but........no response:((  I remember years ago how long it took me to figure out the concept of Blogger.  After half a dozen tries at trying to understand what Blogger was and how it worked I was finally able to fit a couple pieces of the puzzle together and gain an overall understanding of the whole picture.  I probably had the same problem understanding the concept and setting up Picasa and Facebook years ago as well but can't remember.  I will try Google+ again and maybe again......and maybe again.

On our walk this afternoon I couldn't believe how fast Pheebe nearly ran down a Squirrel in a large grassy field area.  Had it not been for a large Walnut tree the Pheebs would have caught the Squirrel.   Pheebs does not appear to have a mean bone in her body so I have no idea what she would have done had she caught up with the little fella.  Probably smothered it in smooches and knocked it out with her big strong wagging tail.

As much as I sometimes complain about CNN news with it's giggles gang in the morning, seemingly never ending commercials and their tunnel vision focus on repeating things over and over and over.....I'm going to miss the gang.  The TV package we have with Star Choice while on the road does not include CNN so it will be next Spring before I tune in to Wolf Blitzer and the crew again.  But, CNN is a treat compared to the aggravating morning network news program we get while traveling.  More about that annoying noise when we are on the road again. 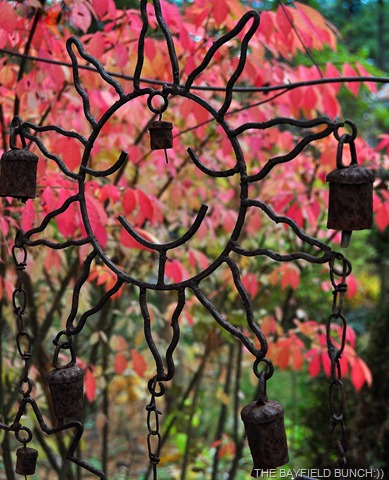 GROANER'S CORNER:((  My wife still uses curlers in her hair after she washes it. She came into the Family Room as I was watching TV.
I guess I stared at her funny because she said, "I just set my hair."
The last thing I remember saying was, "Oh, really? And what time does it go off?"