WE WERE NARROWLY MISSED BY A TORNADO A FEW HOURS AGO BUT THE TOWN OF GODERICH 12 MILES NORTH OF US HAS BEEN DEVASTATED & DECLARED A STATE OF EMERGENCY!!!! 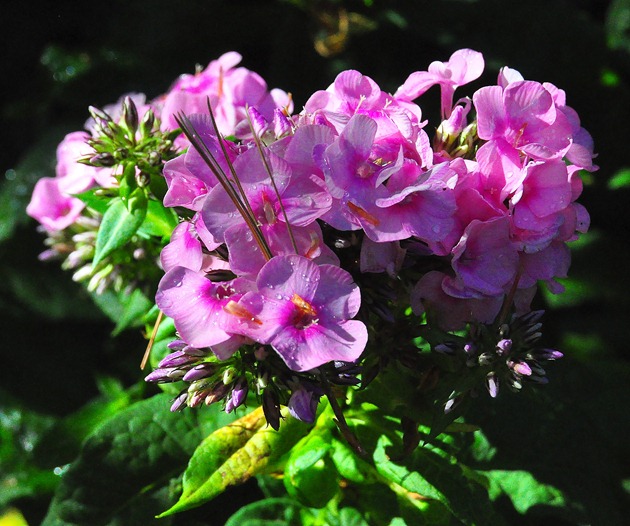 Unbeknownst to us we were just missed by a devastating Tornado late this afternoon.  According to the 6 o'clock news tonight a Tornado hit the town of Goderich about 4 o'clock this afternoon.   Early reports are of massive damage and injuries.  Mayor of Goderich has declared the town a state of emergency.   Extensive damage is widespread.  All roads leading to Goderich are closed & the entire town is without power. That is all we know right now.  Goderich is 20 minutes & 12 miles north of us.  Also heard the Ben Miller Inn has been destroyed in Ben Miller east of Goderich.  You Tube videos & still photos are already on-line of the damage.  YOU TUBE GODERICH TORNADO DAMAGE -- NEWSPAPER REPORT -- STILL PHOTOS OF DOWNTOWN GODERICH -- YOU TUBE...MORE DAMAGE -- MORE PHOTOS OF DAMAGE.

Here at home in Bayfield I was aware of the sky getting very dark around 4 and noticed we had some heavy wind gusts.  The temperature dropped quickly but at no time did the thought of a Tornado enter my mind.  Little did I know what was going on just a dozen miles north of us.  Kelly was at work over at Deer Park Lodge & knew something was up when she saw ambulances, police cars & emergency vehicles heading by on the highway in the direction of Goderich. 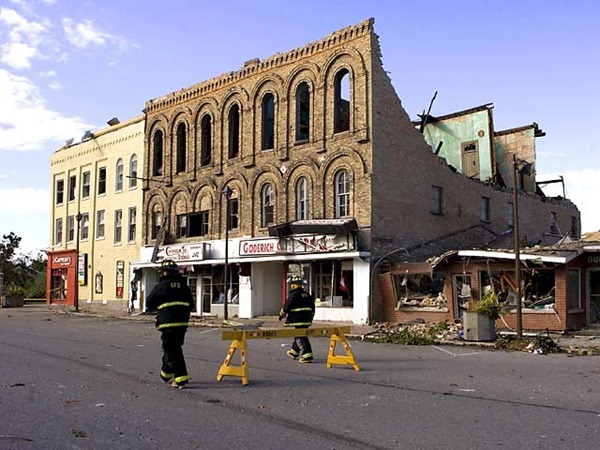 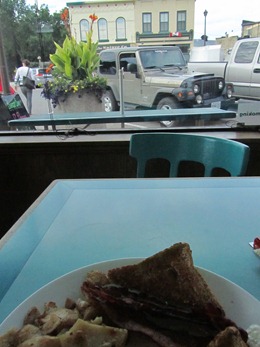 SEE THAT CRUSHED LITTLE BUILDING BOTTOM RIGHT….WELL, REMEMBER ME BLOGGING ABOUT THE BURGER BAR A WEEK OR TWO AGO WHERE I COULD GET BREAKFAST FOR UNDER $5 INCLUDING COFFEE….YEP, THAT WAS IT AND THE PHOTO AT RIGHT WAS TAKEN FROM INSIDE LAST WEEK WHILE I KEPT AN EYE ON PHEEBE IN THE JEEP THAT MORNING…THE SIDEWALK PLANTER IS VISIBLE IN BOTH PHOTOS 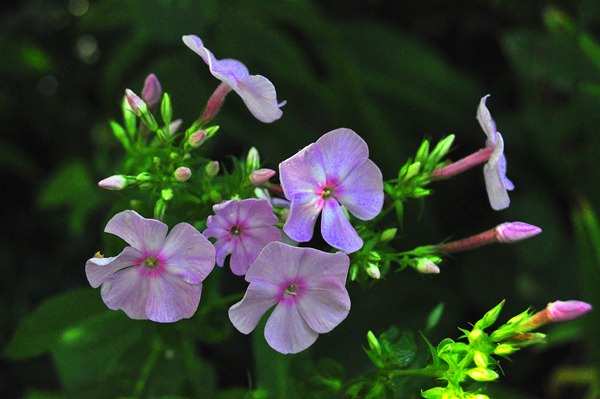 Another good night with our little Miss Conehead Girl.  We both slept problem free side by each in our recliners again for the night.  Her one pink sock bandage did come off this morning but we were able to secure it in place with masking tape again.  Took her cone off a couple times today for awhile just to give her a welcome break.  Monday afternoon we return with 'Conehead The Barbarian' to the Vet clinic where they will change her leg bandages and check to see how her spaying incision is coming along.  Everything is looking good so far.

When I bought my Nikon D90 this past winter, it came enclosed with a few other options.  One of those options was a something called,  SHUTTERFLY .   It came with a free offer for us to choose 40 or so of our favourite digital photos with captions & have Shutterfly put them into a small hardcover photo album free of charge.  We did that & our album arrived a few days ago.  Very nice keepsake for us and I think it's the first time I have seen any of my photos in print for many years. 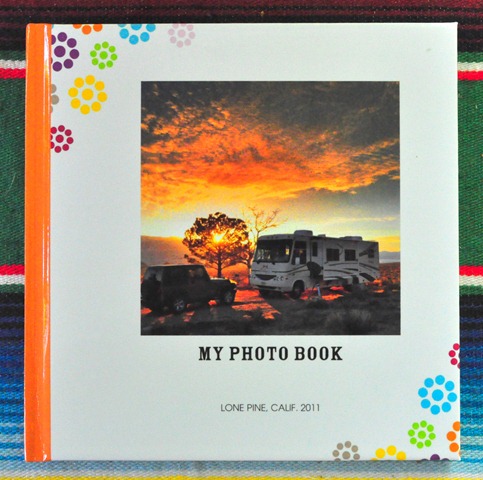 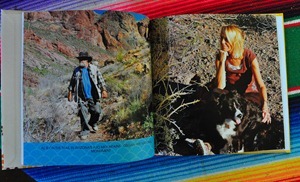 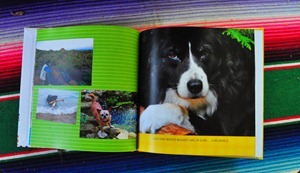 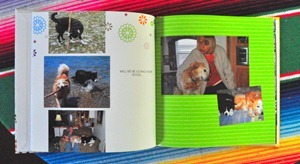 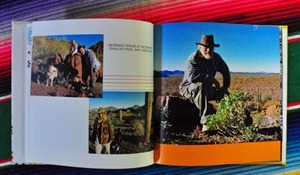 ELLIE GREAT joins us today as our latest Blog Follower.  Welcome aboard Ellie and hope you will find something of interest here from time to time.  I do try to mix things up from day to day:))

It has been nearly 4 years since I was able to figure out the Blogger format and wrote my first post.  I had been posting on Microsoft's 'My Space' before that and my posts there laid the groundwork for my days here at Blogger.  It was My Space that got me started when I began blogging there about our first trip in our truck and fifth wheel back in the winter of 06/07.

When I first moved to Blogger I started my posts with some stories and recollections I had written years earlier.  Those early posts really didn't have anything to do with RVing but it was the only material I had.  Needless to say, it was a very slow start for a very long time.  I didn't blog every day and only had a few articles maybe once a month.  I remember sending out emails to friends & family letting them know I had written something that obviously I had thought was interesting.  That is when I learned friends and family obviously didn't share my thoughts.  My 'comments' section and Sitemeter stats counter remained empty for the most part with a distant cousin writing one time saying, "here is your required comment" and that was all he wrote.  But, I didn't let myself get discouraged & kept plugging away.  Had I not enjoyed my revived my writing interests so much I'm sure I would have thrown in the towel back in those early days and moved on to something else.  Those early day feelings have always remained with me. 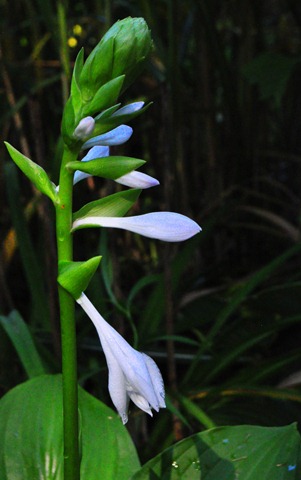 I don't recall a network of blogs like there is today although they were probably there and I just wasn't in the loop.  Comments were few, if any, and far between.  I read lots of other blogs trying to get a handle on things.  I followed Tioga George for a short while in those days.  The numbers of readers showing any interest in my blog were anywhere from zero to zero for weeks at a time.  Not sure when it was that the Blog began to pick up a little attention but I think it was the winter of 07/08.  I blogged daily while on our trip that year but when we returned home for the summer in March of 08 I blogged very little and only put out about 50 posts in the next 7 months.  Noticed I had lost most of my readership over the summer months too and by the time we headed out again in 09 I was almost starting from scratch again with maybe 30 readers a day, if that.  Luckily, once on the road again some of the RV folks remembered the Bayfield Bunch and began mentioning us in their blogs.  I can't exactly remember who some of those old seasoned RV Bloggers were at that time but I think it was folks like LAURIE & ODEL along with DOUG & JOANN who gave us a big welcomed boost in their blogs. 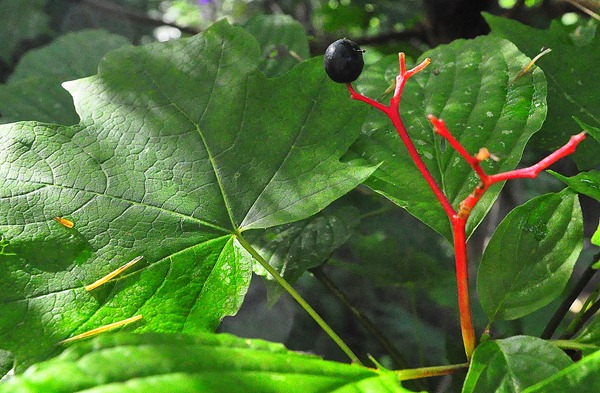 That winter trip of 07/08 in the Southwest saw me blogging every day again but upon returning home in the Spring I felt I didn't have anything interesting enough to write about so once again figured I would give it up for the Summer and only wrote 22 blogs for the month of April.  Surprisingly, I was right away encouraged by fellow RV'ers through comments and emails to keep the blog going.   So, with a bit of hesitation & surprise, my daily blogging routine basically began in earnest back in May of 2009.   With a handful of missed days here and there I have so far written 1,262 posts and I must honestly say it kind of gives me the Willys when I occasionally look back on some of the topics and things I have written about.  But, that's what blogging is all about and I'm glad somebody came up with the blogging concept years ago because it has made for a lot of pleasant blogging hours for many folks including myself.

THE LAST PARAGRAPH:  It’s a little unnerving to think what would have happened here this afternoon had the Goderich Tornado been just 12 miles south of where it was.  I certainly would not be sitting here in the quiet comfort of our lovely sunroom typing this tonight that’s for sure!! 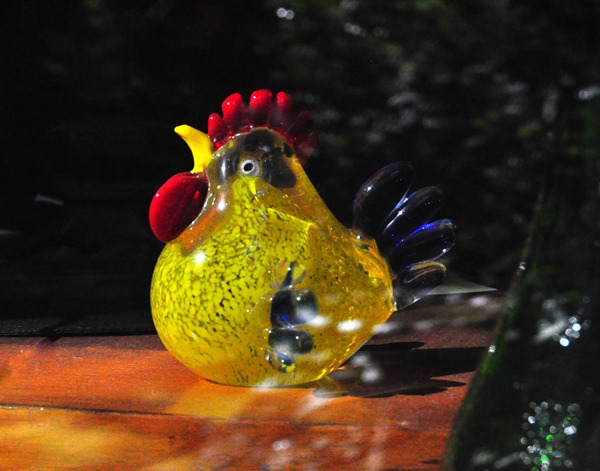 GROANER'S CORNER:((  And, just in case you are having a slow day, here are a few Lexiphiles to confuse you even further..........

To write with a broken pencil is pointless.
When fish are in schools they sometimes take debate.
A thief who stole a calendar got twelve months.
When the smog lifts in Los Angeles , U.C.L.A.
The professor discovered that her theory of earthquakes was on shaky ground.
The batteries were given out free of charge.
A dentist and a manicurist married. They fought tooth and nail.
A will is a dead giveaway.
If you don't pay your exorcist you can get repossessed.
With her marriage, she got a new name and a dress.
Show me a piano falling down a mineshaft and I'll show you A-flat miner.
You are stuck with your debt if you can't budge it.
Local Area Network in Australia : The LAN down under.
A boiled egg is hard to beat.
When you've seen one shopping center you've seen a mall.
Police were called to a day care where a three-year-old was resisting a rest.
Did you hear about the fellow whose whole left side was cut off? He's all right now.
If you take a laptop computer for a run you could jog your memory.
A bicycle can't stand alone; it is two tired.
In a democracy it's your vote that counts; in feudalism, it's your Count that votes.
When a clock is hungry it goes back four seconds
The guy who fell onto an upholstery machine was fully recovered.
He had a photographic memory which was never developed.
Those who get too big for their britches will be exposed in the end.
When she saw her first strands of gray hair, she thought she'd dye.
Acupuncture: a jab well done.