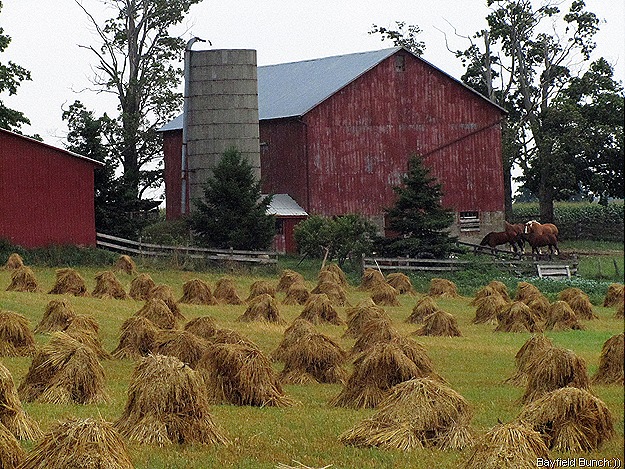 ALL OF TONIGHT'S PHOTOS WERE TAKEN WITH MY CANON SX210IS

I heard the first rumble of thunder about 3 a.m. & sure enough there I was for the second night in a row outside rolling Jeep windows up.  I usually check the weather radar before going to bed each night but of course I forgot to do that again.  No point in going back to bed so slumped into my recliner.  Five minutes later it was pouring rain & kept it up to about 7 a.m. 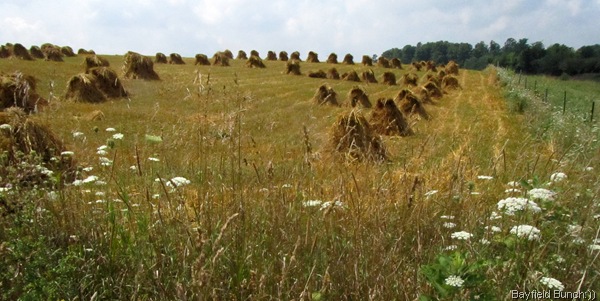 With the overnight rains I knew all country roads would be too wet & muddy for a Sunday morning motorcycle run.   But, by early afternoon the roads had dried up enough & I was on the bike & off out into the countryside.  It was hot & humid again with large ominous dark clouds moiling about overhead so I had to keep a wary eye on the sky all afternoon.  Didn't have any rain gear with so I didn't venture much farther from home than about 25 miles. 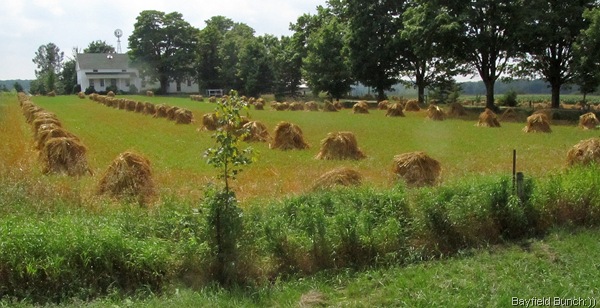 Had my Canon SX210IS along but was wishing I had thrown my more versatile Nikon D90 around my neck because today's travels took me through some beautiful Mennonite/Amish countryside northeast of Bayfield.  Field upon field of stooks piled the old fashioned way by pitchfork & hand.  No large fancy air conditioned tractors pulling baler machines for these hard working simple folks. 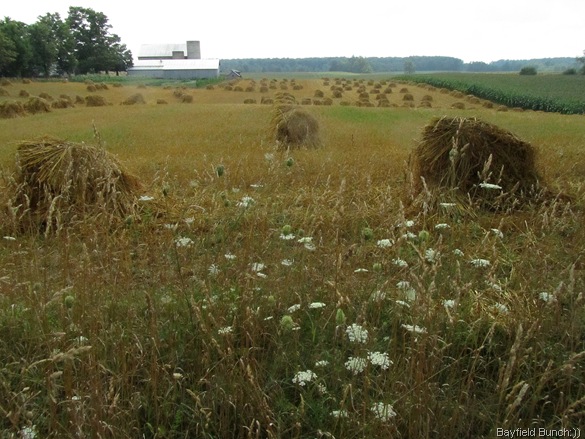 I was on back country gravel roads today that I had never been on before & I totally love when that happens.  Horses running free in grassy green fields, herds of cows browsing lazily in pastures & flocks of sheep dotting the landscapes hillsides.  Miles of neat & clean looking Mennonite farms with their white houses & no electrical lines.  Horse & buggy tracks on the roads & no farm machinery noise anywhere for as far as my ear could hear.  Total peace with a warm gentle wind in the trees & no traffic on the roads.   Now, how nice is that.  Well, maybe not so peaceful for the Mennonite folks when a rumbling motorcycle ambled on by with some yodeling wanna be cowboy aboard belting out 'Honky Tonk Man' again!!  However, despite that passing noise, I was reminded once again this afternoon how truly fortunate the Bayfield Bunch is to live in such a scenic rural area of Southwestern Ontario:)) 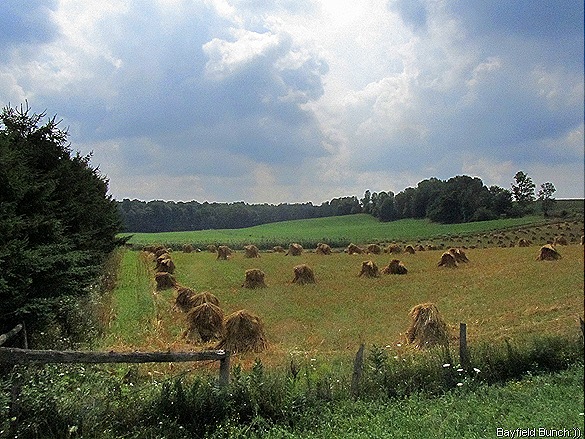 Some folks have asked if we have heard anything about Lexi yet & the answer is 'No'.  We were told last Wednesday that it would be Monday or Tuesday before a decision would be made as to where Lexi's new home will be.  Bayfield or Toronto.  We are trying our best to remain optimistic. 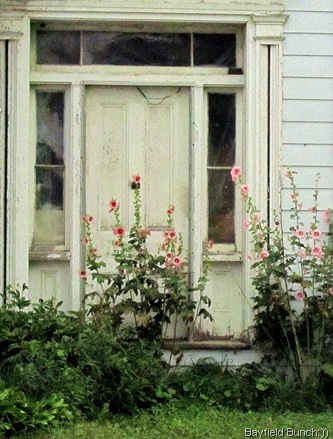 Elaine & Rick from E & R'S TRAVELS just retired in June of this year, traded in their Gulfstream Sun Voyager gas MH for a tropical diesel pusher & are right now out practicing some good old RVing in Eastern Canada before heading south this winter.  And, you just gotta check out the cutesy guys, Lilly & Tucker too:))

We here at the 'Bunch' welcome bobm as our latest Blog Follower.  Nice to have you aboard Sir:)) 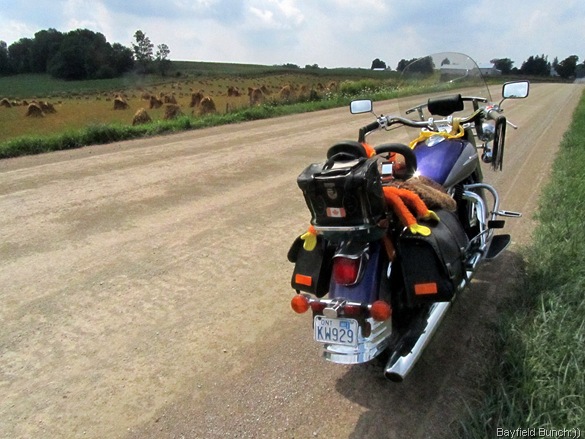 Awwwww nuts, here we are at that 'irritating' LAST PARAGRAPH thing again!!  I'm really not sure what it is that's so irritating about my last paragraph to someone.  Just me being me in the last paragraph.  No different than me being me in any preceding paragraph except that I am alerting & saying to tired & winded readers of my sometimes long posts......."hang in there, your coming down the home stretch & the finish line is finally in sight".  Geeeeezzzz:)) 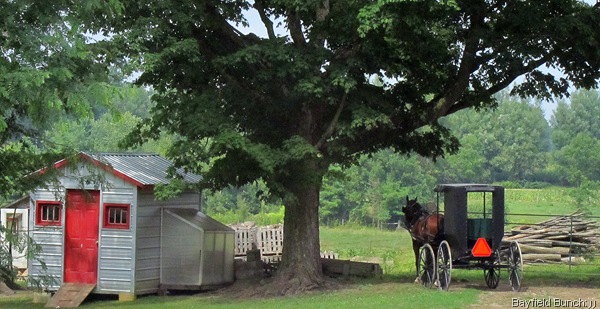 GROANER'S CORNER:((  Howard County Police officers still write their reports by hand, and the data is entered later by a computer tech into their database. One theft report stated that a farmer had lost 2,025 pigs. Thinking that to be an error, the tech called the farmer directly.
"Is it true Mr. (Smith) that you lost 2,025 pigs?" she asked.
"Yeth." lisped the farmer.
Being a Howard County girl herself, the tech entered: "Subject lost 2 sows and 25 pigs."