ANSWERING A FEW READER QUESTIONS ABOUT OUR RV TRAVELS 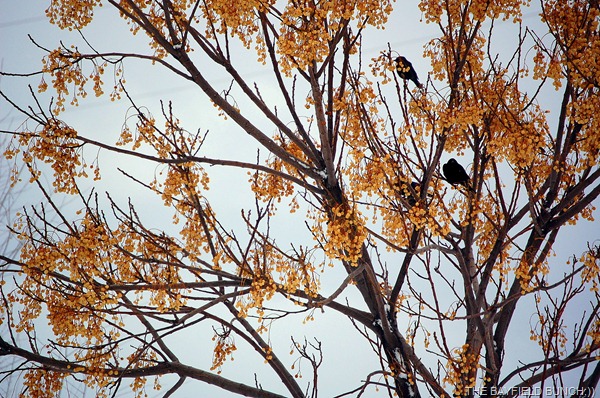 TONIGHT’S PHOTOS ARE A RAMBLING BUNCH OF SOUTHWEST MEMORIES

This morning’s cold gray wet day had me wishing I was sitting on the porch of the little Lazy W ranch near Elfrida Arizona watching the birds at the feeders framed by a beautiful sunrise over the Swiss Helm Mountains.  Dusty Springfield’s song, ‘ Wishin & Hopin’ kept playing in my mind.  A lot of wishing these days but not too much hoping anymore:(( 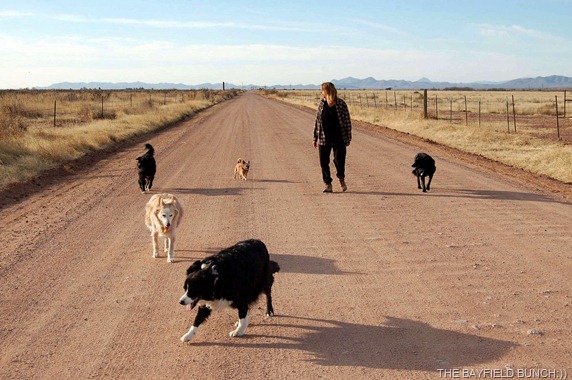 I see Joe & Nancy from the RV'ING BEACH BUMS have been exploring in & around the Grand Canyon.  Sure nice to have a Jeep to get at those hard to get places:)) 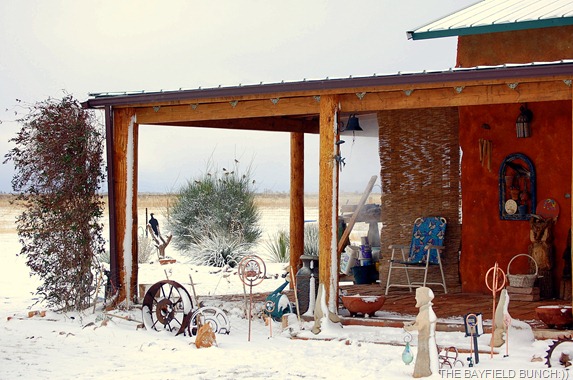 I seem to recall a reader asking awhile back about costs & expenses while on the road for the winter.  I know there are some RV folks out here who keep very detailed records of money spent & some of them have posted those details giving others a good idea of what to expect when traveling.  We are not great record keepers in that department here at the Bayfield Bunch but I can tell you that this past winter’s trip cost us $3,252 for Motor Home gas & we traveled 6,164 miles.  I can also tell you that a tire repair at a Walmart facility in Douglas Arizona cost $10.  I’m now wondering if that’s where our Jeep ownership went missing!!  And, I’m happy to report we paid less than a hundred dollars for RV Parks in the 5 months we were away:))  I’m guessing that our second highest cost was for propane followed closely by our Verizon internet plan.  Kelly does have a lot of receipts & things squirreled away & does keep some kind of record of stuff but I don’t know too much about all that.  Sometimes the less AL knows, the better.  We do seem to spend a lot of money on groceries though but if we were home for the winter we would still have to spend that food money anyway plus the cost would be higher in Canada.  I won’t tell you how much we had to pay for 14 brand new tires in this past year though because that bill still leaves me a little weak in the knees.

Sometimes we are asked about the price of gas & what kind of gas mileage we get with the Motorhome.  I don’t have an answer for either one of those questions & I sometimes figure it’s better that way.  Knowing how many miles the rig gets to a gallon can get a little depressing especially when one knows how far one has to go & the cost figure involved to do that.  I just figure once the decision has been made to go from point A to point B there’s no point in fretting over costs.  It’s the way it is & costs are what they are regardless if you can afford them or not.  Just get out there & enjoy the journey as best you can…..while you can. 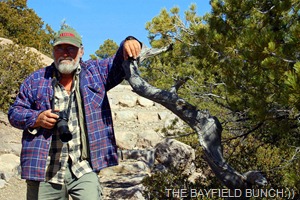 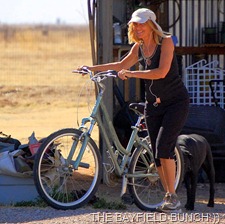 I have been asked a few times why we wouldn’t just go half the distance in the winter time to Florida or Georgia instead of the long distance to the Southwest.  I have been to Florida 4 or 5 times now & Kelly actually lived there for a short period of time many years ago.  I can still remember driving my VW bug down in the summer of 64 & seeing my very first of ever live Palm tree.  I remember all the lush vegetation & how everything was so green, neat & clean.  I remember stopping in Silver Springs where many episodes of Sea Hunt with Lloyd Bridges were filmed in those days.  Couldn’t get over how crystal clear the water was.   I really liked everything I saw at that time & thought how nice it would be to live there some day.  Close cousins had already made the trek to Florida back in the 50’s & my Aunt Jean followed suite in the early 60’s & is still there.

In the early 70’s a friend & I delivered a car from Toronto to Vancouver & my thoughts of where I would like to live someday changed somewhere on that journey.  Little did I know that after seeing British Columbia for the first time on that trip I would actually return to live there just a few short months later. 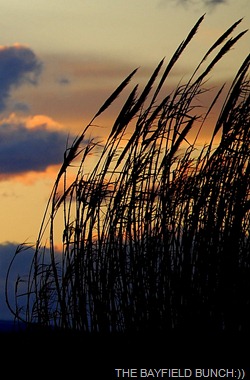 It was probably somewhere in the States of North Dakota, Montana & Washington that my love for the scenery I was seeing began to grow.  The mountains of the west coast had an impact on me that I still remember to this day.  Loved what I saw on that Volvo delivery trip so much I headed back to BC with all my stuff in another little VW Beetle.  I won’t go into all the details of my time living in the Okanagan Valley’s picturesque little town of Vernon but Vernon was still little at that time & I understand it has grown substantially since I left there back in early 75.  Anyway, my few years spent in British Columbia cemented my love forever with the mountains, valleys, forests, streams & lakes of the west coast.  . 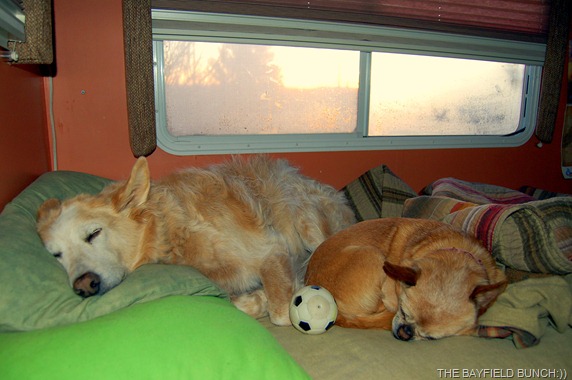 In May of 92 on another journey I saw the mountains & deserts of the American Southwest for the first time & was immediately hooked by the vast panoramas of Arizona’s Monument Valley in front of me.  Stood on the north rim of the Grand Canyon & knew I had to return to this land someday…..somehow. 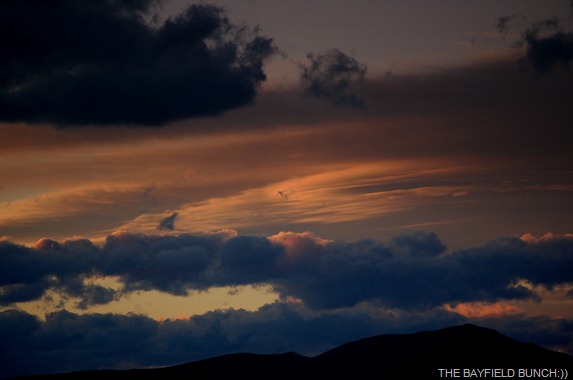 Wasn’t until December of 04 that an opportunity presented itself for Kelly & I to get away for a short two week break at Christmas.  We had a small Class C Gulf Stream at the time we were using for local weekend camping trips.  With map in hand one cold December night I determined the closest place for warm weather with mountains was in the southwest corner of Texas.  A place called Big Bend National Park.  With that thought & destination in mind, we were off.  That fast trip down to Big Bend & back was the first time Kelly had ever seen the Southwest & she was hooked from then on as well.

In the Fall of 06 we began our annual winter journeys to New Mexico, Arizona & California.  Those were the States with the mountains, the deserts, lakes, streams & forests.  Those were & are the States with the wide open spaces, stars from horizon to horizon, glorious sunrises & sunsets, history that can still be seen, a different laid back lifestyle from the faster paced & much heavier populated Eastern States & for our outdoor interests, a far greater variety of things for us to see & do. 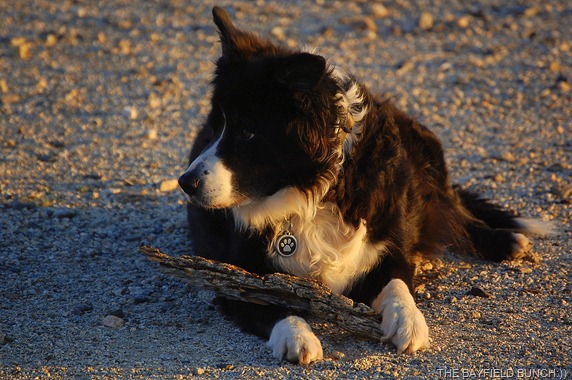 Neither Kelly or I are at the age & stage yet where we are content to just sit in one location for the entire winter.  Especially not me.  The Southwest gives us the opportunity of moving through a constantly changing environment.  We can travel short distances & go through any number of climate changes with constantly changing scenery around us.  Our boon docking lifestyle gives us the freedom to camp on the desert floor among the giant Saguaro Cactus or high in any if the mountain ranges beside a quiet lake in a forest.  We have endless miles of dusty back roads to travel, thousands of acres to freely camp on & call home plus fine highways & Interstates with much less traffic.  We have sunrises & sunsets at our door to say good morning & good night each new day.  Mountain vistas are never out of sight & few destinations are unattainable. 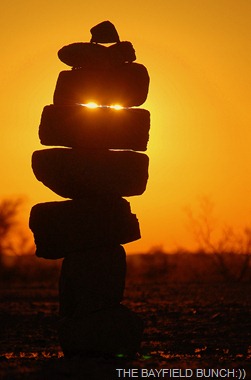 Florida & Georgia have their own beauty, their own charms & attractions & they offer a pleasant alternative winter lifestyle for multitudes of northern folks but they just don’t hold the same attraction for Kelly & I.    I have often said that if I can’t spend my time in the great vast stretches of the Southwest I would sooner stay home for the winter.  That challenge may very well present itself sometime in the future & I may have to eat my words & make a difficult decision but until that scenario arises we will pull out all the stops to get ourselves back to our beloved second home in America’s great Southwest for just as long as we possibly can.

And, someone asked, ‘any regrets buying a Jeep?’  My short answer there is, NO!!  The Jeep has performed perfectly since the day we brought it home in June of 2010.  That silly little plain Jane piece of metal with it’s boxy looks, bumpy ride, & techno gadget freedom from Bells & Whistles is one of my all time favorite vehicles.  And, as I have blogged about several times before, I am a fellow who has had a lot of vehicles over the years.  I have had the loaded bells & whistles cars of course & they were all very nice but I just wanted to go back to my driving roots with something that is a challenge & fun to drive again, goes anywhere, simple to repair & doesn’t frustrate my head with a lot of onboard computer gimmickry wanting to adjust my seat, the lights, the radio volume, keep my right foot warmer than my left foot or dust me off & comb my hair every time I get in it.  I also like the fact we can turn that square little bucket of bolts into a complete convertible any time we want too.  Doors come off easily & the windshield can fold forward onto the engine hood for that wooky Beach Buggy look.  The Jeep takes me back to my early days of gearshifts & clutches driving Volkswagen Beetles, Mini Minors & various Sports Cars. (a 64 MGB, 59 Triumph TR3 & a 1956 Austin Healy)  Have always preferred a stick shift to an automatic anyway.  Especially in smaller vehicles.  Just more fun to drive & you can even smoke up the tires once & awhile just like the old days.  Still love to get that gravel spinnin sometimes:)) GROANER’S CORNER:((  And here’s a little something for all you cat owners out there……