AND, GUESS WHAT HAPPENED AT OUR HOUSE TODAY...... 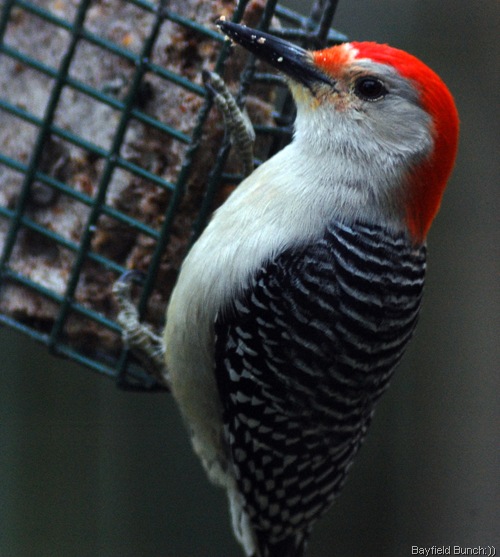 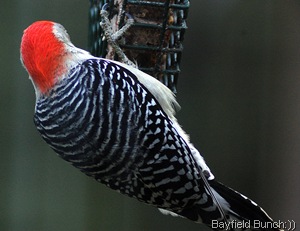 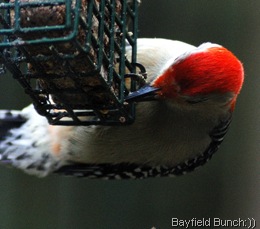 Despite being a man, I have always loved the color pink.  And, especially if it is in a morning sunrise. That generally tells me it is probably going to be a nice day. This morning we had a mighty fine pink sunrise filtering through the pines & my spirits were once again lifted. 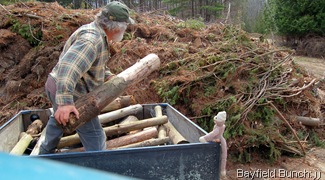 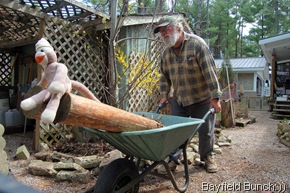 KEEPING MYSELF BUSY WITH A LITTLE HELP FROM MY FRIENDS

I probably would not do well living in an area with a lot of gray rainy days. The Southwest has an endless supply of sunshine & is one of the many reasons I like it there so much. Every time we contemplate a permanent move to the southwestern end of British Columbia I worry about the prolonged cloudy wet weather I have heard so much about.  Still think a nice cozy place somewhere in Arizona or New Mexico is the all round best place to live but I'd better not get myself started on all that again.

Wished I had accomplished something to write about today but our sun disappeared into a heavy overcast cloud bank shortly after my encouraging pink sunrise & the days damp temperatures barely climbed above the freezing mark. Snowflakes in the air again so it was basically another drab & dreary morning & afternoon. Highlight of my entire day was driving to Subway in Bayfield for a 6" Tuna sub. Sure a big change from a short month ago today when we were hiking a couple great SUN DRENCHED TRAILS in Nevada's, Valley Of Fire. 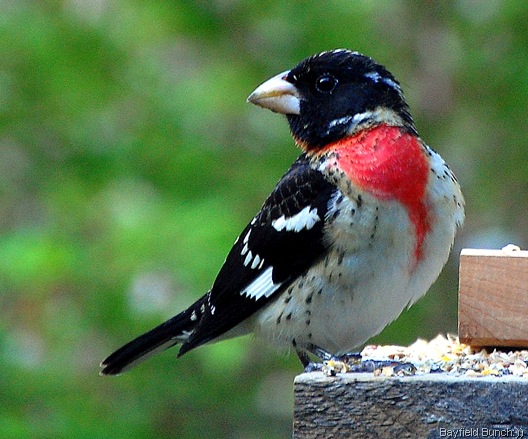 Kinda hard for me reading some of my fellow RVers blogs since we've been home. I know some of the places & areas they are in, I know what they are seeing & feeling & I know how much they are enjoying their traveling lifestyles. Snow birding is kind of like being on the playing field of an exciting sports event for half the year & then being benched for the other half of the year. Ya just wanna get back into the game, or in RVing words, ya just wanna get back on the road!! Well, maybe not everyone, but some of us just make better players than spectators. Bare with me folks, these dismal post trip days will eventually pass. 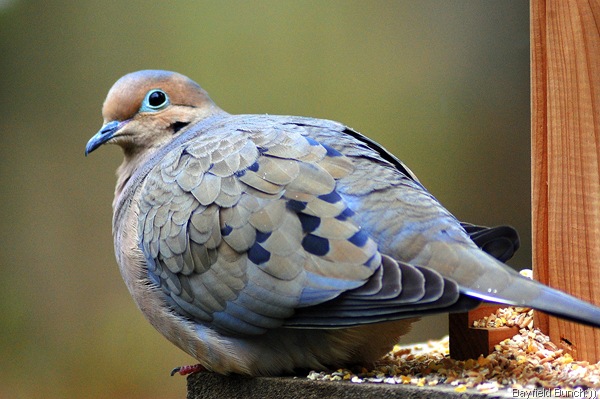 Kelly spent most of her day at Deer Park Lodge getting things geared up & organized for the season's onslaught of tourists & guests. She is a true workhorse & I don't know how she does it all, but she does. She even worries about guests who are here in poor weather that may not be enjoying themselves because of the cold & rain. Couple ladies coming from Michigan this week-end & Kelly is already feeling bad for them because the weather forecast for this area is not good. It's one of the things Kelly & I have in common. We are both sensitive to other people's feelings, even strangers. It is one of the things that makes Kelly so good at her job. She has a very caring attitude, cares what people think & if something isn't right she takes it to heart & put's in the time to make it right. She does this 24/7 from the time we get home in the Spring right up until the very day we leave for the Southwest in the fall again.  Pedal to the metal all summer for her.  It is just one of the many, many reasons we prefer to spend our winters in very quiet places like the deserts & mountains of the great American Southwest. It is our way of avoiding touristy places, big cities, & large noisy gatherings of people. It's just our way of living a preferred quieter lifestyle while we can, every 5 or 6 months of the year:)) 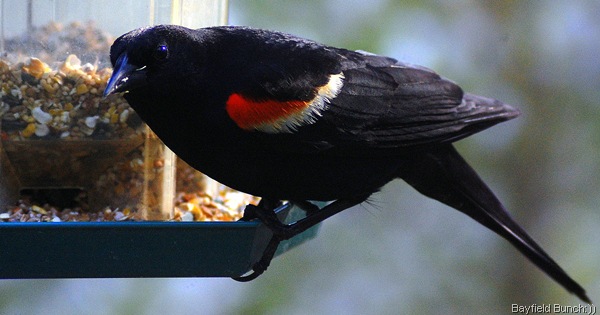 The Bayfield Bunch welcomes ALAN & MARILYN McMILLAN as our latest blog Followers.  Nice to have you aboard folks:)) 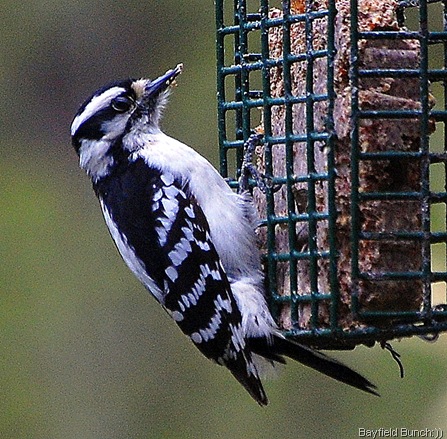 Sure do like the looks of MIKE & GERRI'S Pine Mountain place in Georgia.  I’ve always liked that kind of landscaping with lots of trees, flowering shrubs, pathways, little bridges over waterways & ponds, etc.  Kind of a cozy looking Japanese garden theme. 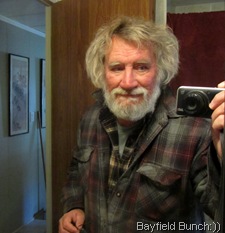 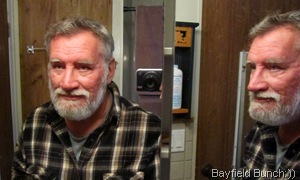 AND GUESS WHAT HAPPENED AT OUR HOUSE TODAY:))

In Sunday night’s blog I had a lead photo of our front yard.   Some folks commented on the fog & misty look.  Well, that wasn’t actually fog, it was a light snow coming down as seen in the other two pics below it. 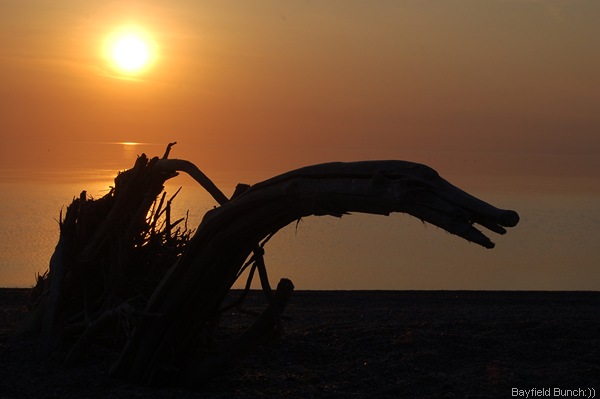 GROANER'S CORNER:((   A brunette got lost in her car during a snow storm. She remembered what her Dad had once told her. "If you ever get stuck in a snow storm, wait for a snow plow and follow it." Pretty soon a snow plow came by, and she started to follow it. She followed the plow for nearly an hour. Finally the driver of the truck got out and asked her what she was doing. She explained that her Dad had told her if she ever got stuck in the snow, to follow a snow plow.The driver nodded and said, "Well, I'm done with the Wal-Mart parking lot now so you can follow me over to K-Mart if you want."