A LONG 6 HOUR WAIT IN A MECHANIC'S LUNCH ROOM:(( 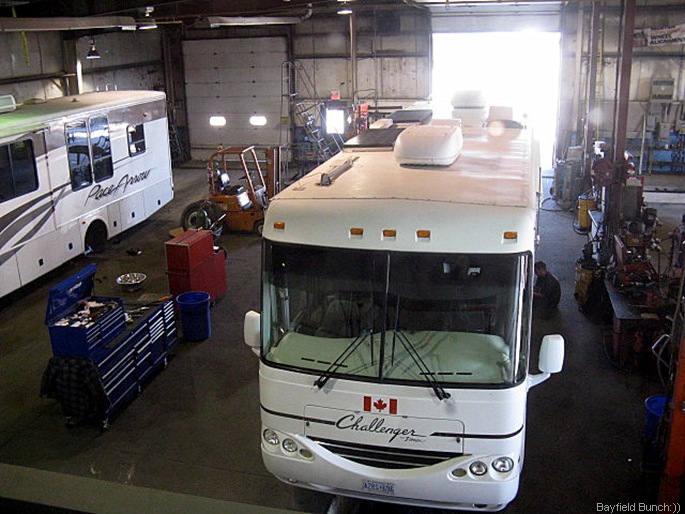 Mighty dark this morning at 5:30 when I fired up the rig & got the big wheels rolling for my 'brake recall' appointment in Sarnia.  Aside from a pesky couple of construction zones it was a pretty quiet drive.  Was nice having somewhere to go for a change with the Motor Home & I was at my destination,  the Carrier Truck Center, about 7:20. 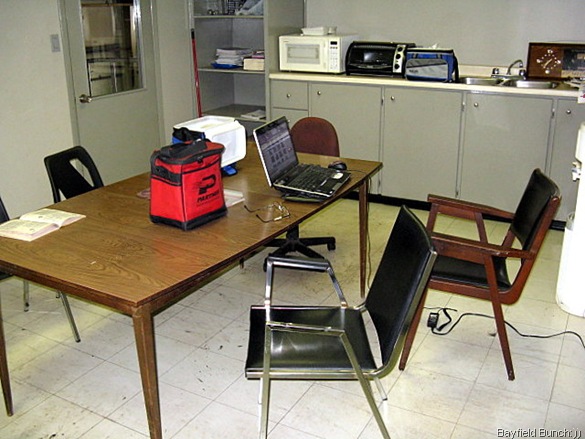 AND, THIS IS WHERE I SPENT 6 HOURS TODAY!!

They took the rig in at exactly 7:30 & sent me off to the mechanic's lunch room to wait for what would turn out to be a very long 6 hours.  Good news side of things was that I had brought my laptop but the bad news side was that I could not access the internet!!  However, I did have 2 things going for me.  Had oodles & oodles of hours filled with my favorite music in the laptop plus a whole host of photos from as far back as 2001 that needed editing.   Back in those days I did not have the Picasa Editing program so I ended up editing over 700 photos today.  It had been a job I have been putting off for years.  Had I hooked into an internet connection I probably would not have got that long overdo job done. 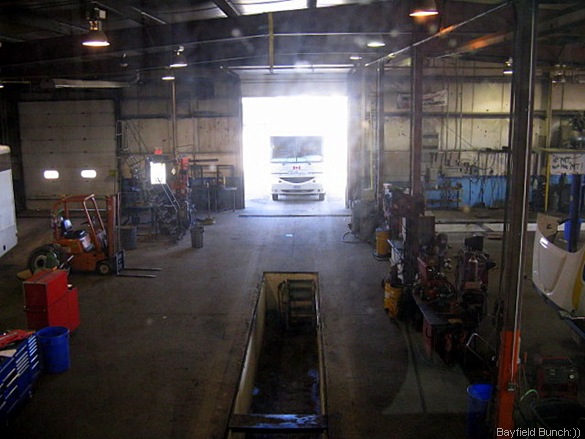 At precisely noon all the mechanic's came rumbling into the lunch room & both the micro-wave & toaster ovens were on overtime.  The room filled with many aromas from homemade spaghetti to pepperoni pizza's & something that smelled like it might have come from the dark side of Russia somewhere.  The mechanics only had a half hour for lunch so there was little talking, just a lot of silverware doing battle with plastic food containers & some very fast slurping & burping.  In what seemed like only a few minutes there was a shuffling of chairs & the mechanic gang rumbled back out of the lunchroom, down the stairs & back out into the garage.  That was good by me because I figured the sooner they got back to work, the sooner I would get out of there & the sooner those food smells would leave the room.  I had a banana for breakfast & that was it for me until I popped into a Subway on my way home later in the afternoon. 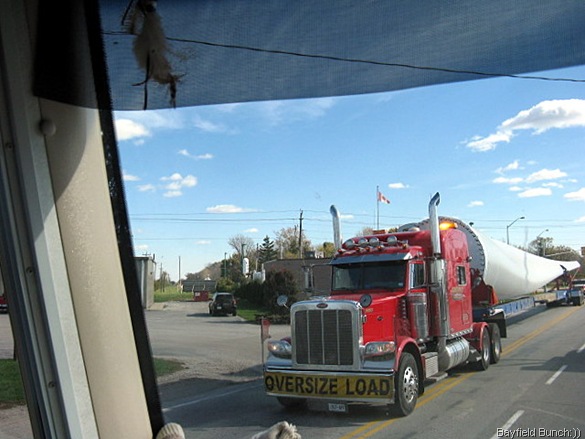 THAT IS A BLADE OFF ONE OF THOSE BIG WIND TURBINES

At 1:25 one of those same mechanics came back up the steps, stuck his head in the door & said, 'your ready to go sir."  And boy I didn't waste any time packing up my laptop, signing off on the recall paperwork, (no charge) jumping into the Motor Home & pointing the nose for home.  Same construction zones, same delays but I was home before 4.  Nice to finally have that 'brake recall' worry behind us.  The confusion with this Workhorse recall has been rolling around the industry for the past couple of  years or more & it is only lately that they have got things together enough to now effectively begin the correct brake repair work. 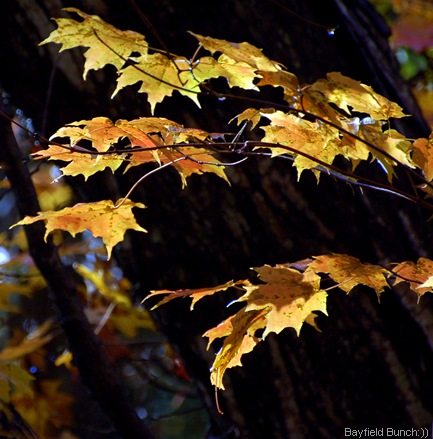 Tom Bosley, who played Mr. C, the Father figure in Happy Days has died & just a few days ago Barbara Billingsley, the TV Mom on Leave It To Beaver passed away.  Our favorite old TV characters are slowly moving on.  Remember when television was entertaining & when it was enjoyable to sit down & watch those light hearted shows.  I watch very little television anymore.  What a rude insult it is to even turn on a television set these days!!!! 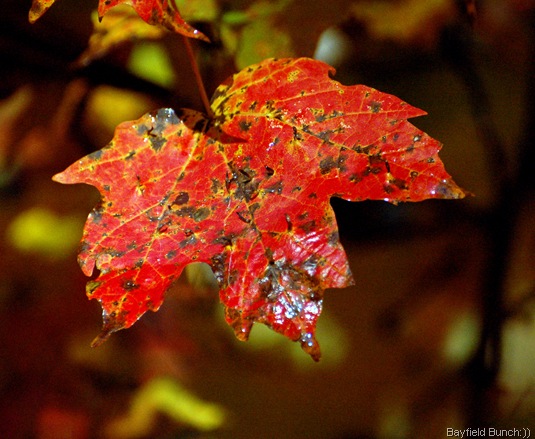 Here's a bit of news in the world of Verizon if you happen to be a Verizon customer, which we are.  We briefly considered this new Mifi thing but after a few phone calls to Verizon have decided to stay with our UMB 175 card & go with the Cradlepoint router idea.  If we switch to Mifi it renders our UMB card useless & we like the fact our UMB card does not require electricity to operate.  Plus, we bought the card outright 3 years ago so no contract!!  And, with the UMB Air Card we can freely take the laptop outside anywhere without being tethered to anything.  Now, I hope I just got all that techy stuff right!! 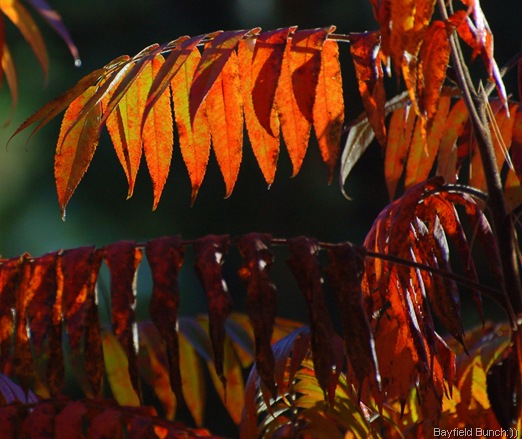 WANDERING WILLY has found his way down into Utah already & it looks like he's got his sites set on Bryce Canyon.   And, Ivan from ROADTRIP 2010 is criss crossing & zig zagging all over Vancouver Island this week with his sites set on no particular place at all:)) 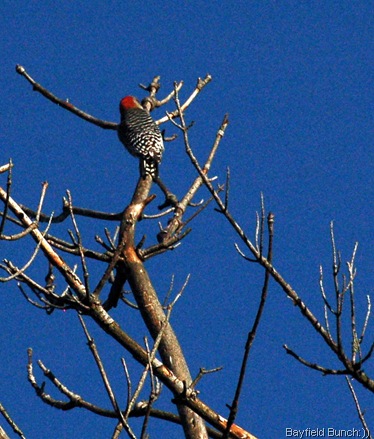 I KNOW IT'S A WOODPECKER BUT NOT SURE WHAT KIND

GROANER'S CORNER:((  A young boy asks his Dad, "What is the difference between confident and confidential.  Dad says, "You are my son, I'm confident about that.  Your friend over there, is also my son, that's confidential!"