KELLY PUTS THE JEEP THROUGH IT'S PACES 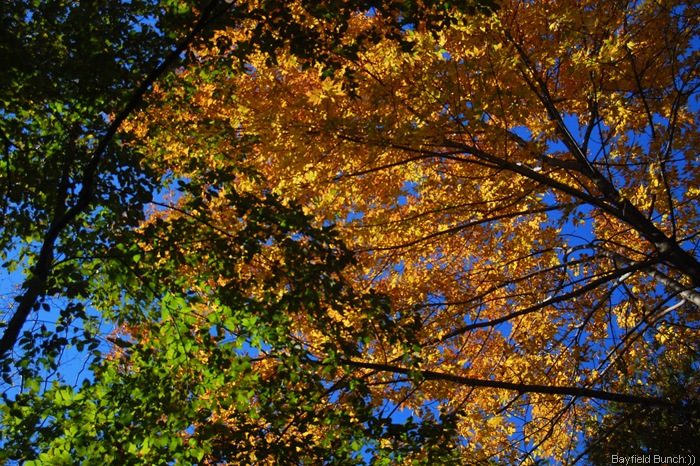 I can always tell when Thanksgiving is approaching.  Kelly comes home a few days ahead with a dead turkey under her arm.  Not one of those big walloping 300 pounders mind you but just a small enough bird we
both can lift by hand into the oven.  Generally just the two of us here for the week-end because it's a busy time for Kelly at Deer Park Lodge & this year I will be working the whole week-end as well. 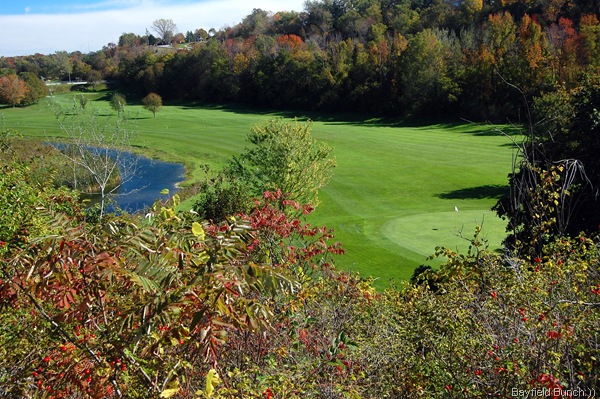 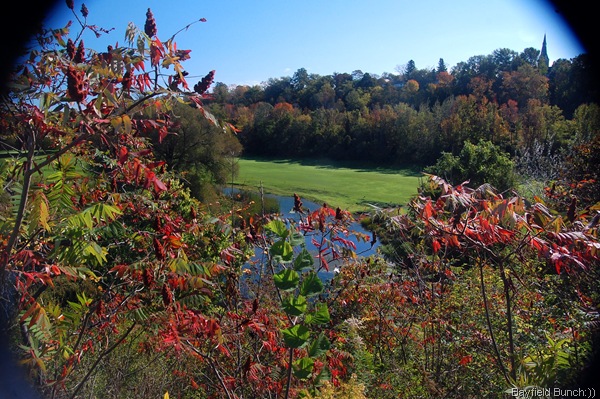 GOLFING GROUNDS OF THE MAITLAND COUNTRY CLUB
We slipped down to Mitchell this morning to visit my Uncle Harry.  He is doing fine but was getting a little concerned that his hair was getting too long & he didn't want the other residents calling him a long haired hippy.  Kelly took her trusty scissors along & soon the deed was done & Harry was looking like a million bucks again. 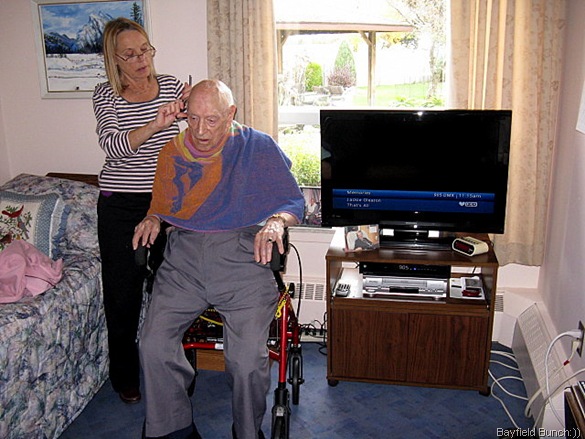 A LITTLE OFF THE TOP PLEASE
Until today Kelly hadn't driven the Jeep so decided to drive back from Mitchell.  She did very well & it wasn't really a problem for her.  I told her there would be a noticeable difference when she drove the Santa Fe again.   Compared to the Jeep, the Santa Fe seems sluggish & spongy.  The Jeep just has a way of winning people over with it's quirky little bouncing ways. 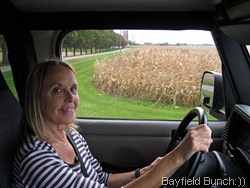 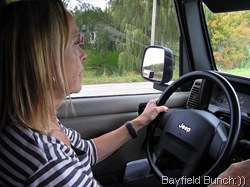 THE JEEP WAS NO PROBLEM FOR THIS GAL
GYPSY has herself a bubbling pot of excitement brewing over there in Sacramento, California.  Not only did she finally sell her 5th wheel trailer a few days ago but this morning she kicked her problematic AT&T out the door, signed up with Verizon & set herself up with a complete new Mifi system.  Last I heard she had to get a seat belt installed on her computer chair to keep her safely secured during her new high speed internet surfing.  Seems like Gypsy went from the stone age to the jet age in a matter of hours:)) 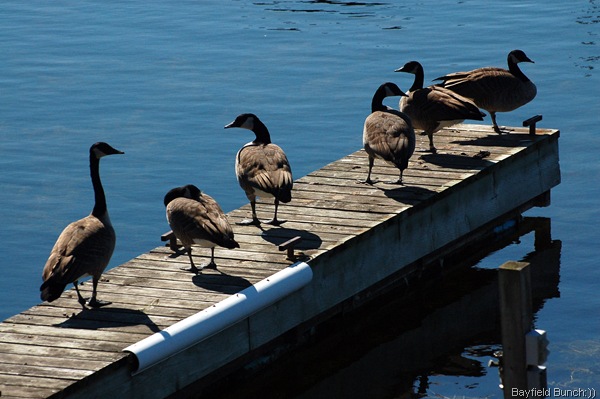 JUST HAVING A GOOSE OF A DAY
I see we have two new blog supporters.....or do we!!  First let me welcome msucheermom.  Thank you for taking an interest in the Bayfield Bunch & I feel confident you are a true blog follower.  I'm not so sure about our 173rd follower though.  Is this a true supporter??  I am always a little leery when things are not written in English & looking at this person's site I suspect it is a young person.  RVing is generally not of interest to young people.  If you are on the up & up adriane, then I welcome you to the Bayfield Bunch:)) 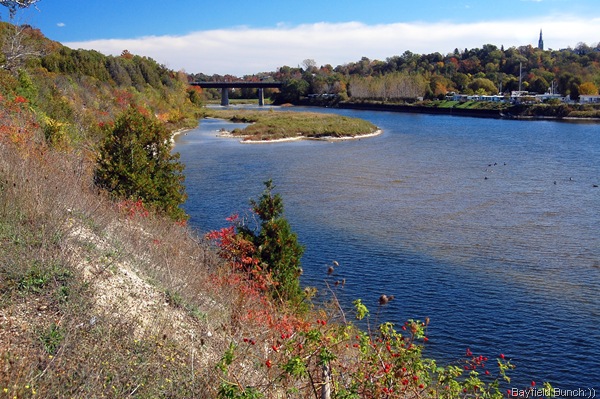 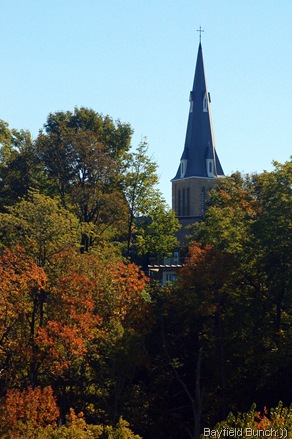